Chinese scammers pretend to be Buddhists in Perth’s CBD

Chinese men with shaved heads and wearing orange robes are impersonating Buddhists scouring the streets of Perth and ripping off unwitting residents.

At least three of the men were seen today around the Perth CBD asking for donations.

Two of the men confessed they were not collecting money for a legitimate charity when they were confronted by police, PerthNow reported.

They also admitted that they were on tourist visas.

Chinese men pretending to be monks have been seen in Perth’s CBD trying to scam people for their money. The same tricked was pulled by a group in Sydney’s CBD in 2014 (pictured)

Members of the community who saw the fake monks said they were offering blessings, tokens and prayer bracelets before requesting donations from people passing by.

One of the men was apparently showing people a booklet with records of generous donations in an attempt to pressure people into giving him money.

Charity workers who ask for money on the streets are required to have a permit and Consumer Protection has said that anyone who is approached and asked for money should request to see it.

This is not the first time this scam has appeared in Australia.

In 2014 fake monks were presenting gold tokens or blessings to people in Sydney’s CBD were then demanding money from them.

In some cases they were receiving up to $75 from unsuspecting people. 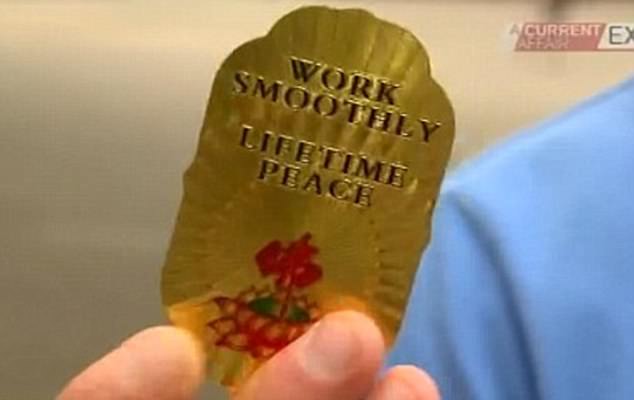 At the time people reported that the monks stormed off when they are only given a few dollars.

The scam is common across the globe with Buddhist impersonators setting up scamming shop in many of the world’s major cities.

Reports of the men have surfaced in Canada, New York, San Francisco, India, Nepal and Australia.

This is not the first time Perth has been hit with the scam, in 2014 Consumer Protection investigated reports that they were operating in Hay Street Mall.

To protect themselves, consumers should approach charity organisations directly and contact Fair Trading if they have any concerns.