Victoria’s Secret angel Liu Wen may have to pay $22 million (£18 million) to fashion house Coach after she announced she was terminating her contract with the U.S. brand because it had listed Hong Kong as a separate country.

The 31-year-old supermodel said ‘the integrity of Chinese sovereignty and territory is sacred and shall not be violated at any time’. She was appointed Coach’s China Ambassador less than three week ago.

Coach marked Beijing and Shanghai as Chinese cities but listed Hong Kong as a separate entity on some T-shirts last year. 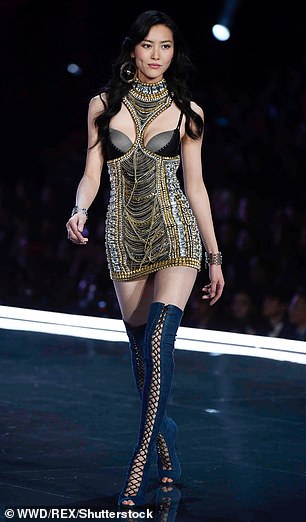 Victoria’s Secret angel Liu Wen may have to face a colossal bill from fashion house Coach after announcing she was breaking off her contract with the U.S. company this week. The 31-year-old supermodel is seen at the Victoria Secret Fashion Show in 2017 (right) and 2018 (left) 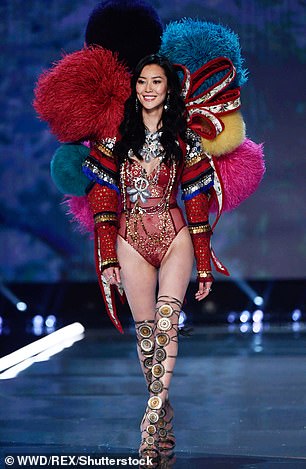 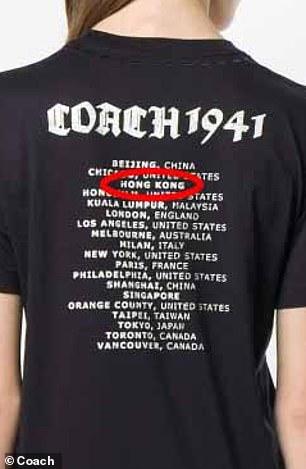 The model (left, seen in 2017) said ‘the integrity of Chinese sovereignty and territory shall not be violated at any time’ after Coach listed Hong Kong as a separate entity on T-shirts (right)

The design was severely criticised by Chinese media and web users this week and considered ‘insulting to China’.

Hong Kong has become a particularly sensitive subject for Beijing with the financial hub plunged into months of pro-democracy protests, and international brands have been caught in the crossfire.

The news also comes as Beijing and Washington engage in a war of words over Hong Kong’s pro-democracy protests.

China accused the United States of masterminding the movement in Hong Kong while a Washington spokesperson called Beijing ‘a thuggish regime’ over the claims.

According to Chinese media, the supermodel may need to compensate Coach 160 million Yuan (£18 million) for breaking off the contract.

It has been claimed that Coach was paying Ms Liu $1.5 million a year to be the brand’s China Ambassador and penalty for breach of the contract would be five to 10 times the annual salary.

News outlet 163.com also claimed that Ms Liu had been promised bonuses amounting 105 million yuan ($14 million, £12 million), which could also be counted towards her potential penalty. 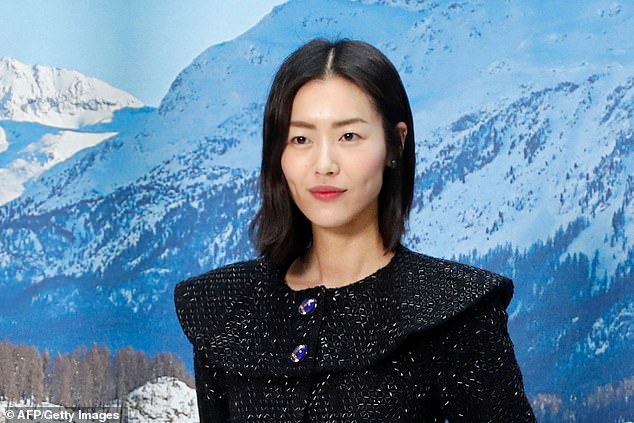 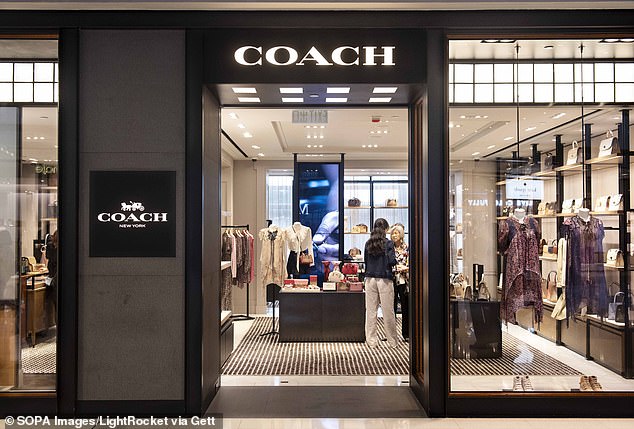 Coach issued an apology, stressing that it ‘respects and supports China’s sovereignty and territorial integrity’. The company said it realised the significance of the matter ‘profoundly’

Ms Liu, one of China’s most celebrated fashion figure, broke the news on Monday on Weibo, the Chinese equivalent to Twitter, to her 24.6 million followers.

She wrote: ‘Because I didn’t choose the brand cautiously, [this] has hurt all of you. I am apologising to everyone here!

‘I love my motherland and resolutely safeguard the Chinese sovereignty.’

She also posted a letter from her lawyer to show she had started the process of termination.

Hours later, Coach issued an apology on its Weibo account, stressing that it ‘respects and supports China’s sovereignty and territorial integrity’.

The statement said the company spotted ‘serious errors’ on a few T-shirt designs in May last year and realised the significance of the matter ‘profoundly’. 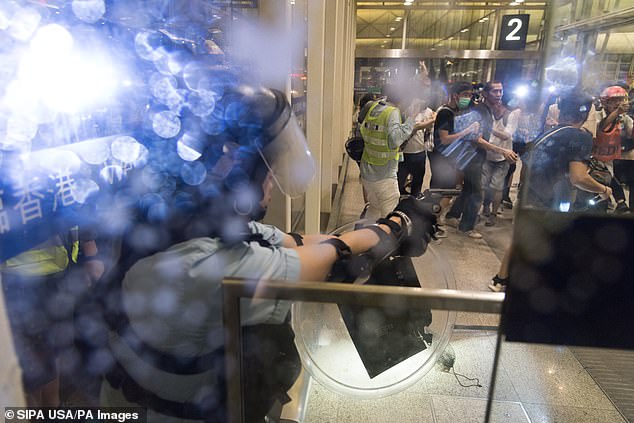 Hong Kong has become a particularly sensitive subject for Beijing with the financial hub plunged into months of pro-democracy protests. A police officer aims his gun against protesters during the demonstration in Hong Kong airport during yesterday’s clashes 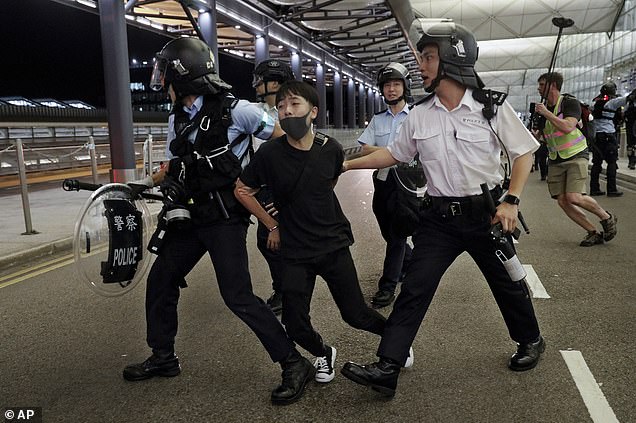 Several international brands have been caught in the crossfire. Five people were detained last night, bringing the number of those arrested since the protests began in June to over 600 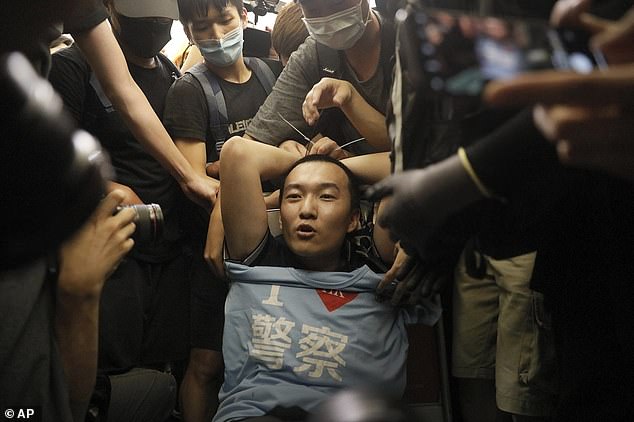 Protesters surround a man carrying a T-shirt baring the words ‘I love HK police’ who protesters claimed was a police officer from mainland China. The man turned out to be a journalist working for China’s state newspaper Global Times 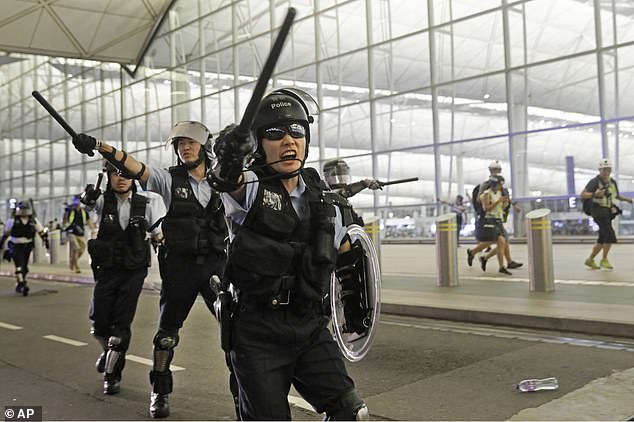 Bloody clashes broke out between the demonstrators and anti-riot police last night when travellers were still waiting and arriving at Hong Kong International Airport, which had been paralysed by mass pro-democracy rallies for two days

Coach said it immediately pulled the relevant designs off the shelves worldwide and carried out an overall inspection on all products to prevent the same mistakes from happening again.

‘Coach is dedicated to long-term development in China and respect the feelings of Chinese people. [We] sincerely accept the supervise and correction from customers,’ the brand added.

In a social media post, the brand described Ms Liu as ‘eclectic, brave and optimistic’.

MailOnline has contacted Coach for comments and is awaiting a reply.

Coach is one of the several fashion brands that have had to apologise to their Chinese consumers over their stance on Hong Kong.

Austrian jewellery company Swarovski apologised yesterday for ‘hurting the feelings’ of Chinese people after calling Hong Kong a separate country on its website. 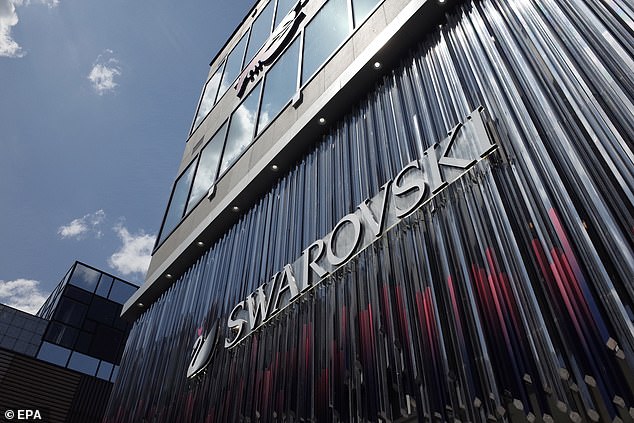 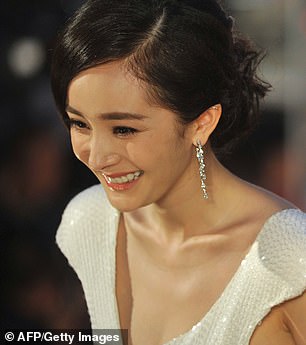 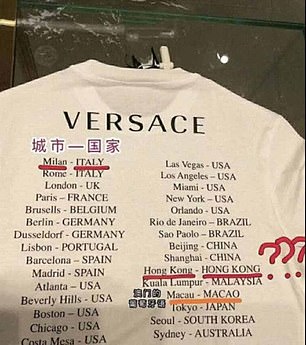 Versace’s representative, Chinese actress Yang Mi (right), said she would stop collaborating with the fashion house after it listed Hong Kong as a separate country on its T-shirts (left)

The company also lost the support of their brand ambassador, Chinese actress Jiang Shuying, as the row deepened.

Her agency said in a statement that they had sent a notice to Swarovski to terminate their cooperation as soon as possible.

We ‘uphold the one China principle and believe that our national sovereignty and territory integrity cannot be violated’, the agency said.

The apology from the jewellery brand came a day after several other luxury retailers apologised for mistakes in their labelling of the semi-autonomous cities of Hong Kong and Macau as well as the self-ruled island of Taiwan.

Versace and Givenchy both apologised this week for making perceived affronts to China’s national sovereignty with T-shirts listing Hong Kong and Taiwan as separate countries. 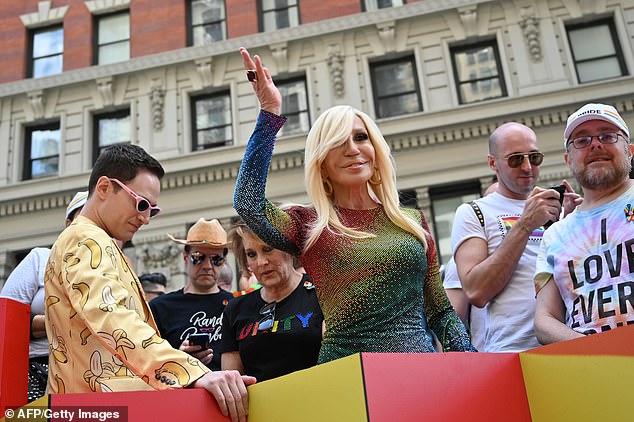 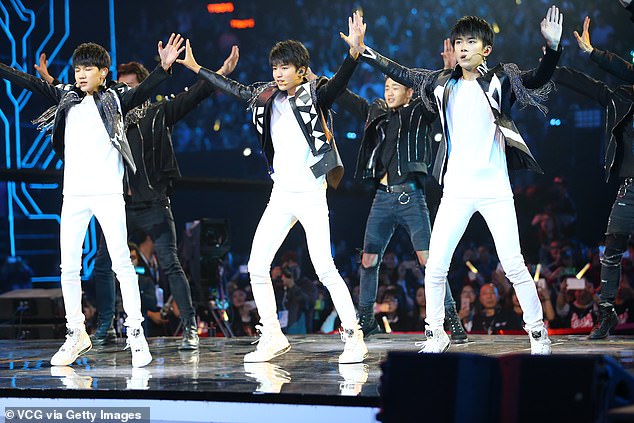 The row also cost them the support of their Chinese brand ambassadors as the companies scrambled to minimise any potential damage in the lucrative market.

Versace’s representative, actress Yang Mi, said she would stop collaborating with the fashion house, while Coach’s ambassador, model Liu Wen, said she was terminating her work with the brand over its blunder.

‘I love my motherland, and resolutely defend China’s national sovereignty!’ she wrote on her official Weibo account.