A Chinese whistleblower who helped expose the Wuhan Covid outbreak has reappeared 18 months after he was feared abducted.

Chen Qiushi, in his mid-30s, vanished in early February last year as the virus spread around the world.

He had not been heard from since, although reports suggested he was allowed to return to his parents in Qingdao, northern China, by September last year.

But the citizen journalist and former human rights lawyer has now resurfaced in a YouTube livestream with martial artist Xu Xiaodong.

During the 30-minute clip Mr Qiushi said, according to the Wall Street Journal: ‘Over the past year and eight months, I have experienced a lot of things. Some of it can be talked about, some of it can’t. I believe you understand.’

He is one of three whistleblowers who disappeared in the early days of the pandemic after trying to warn the world about the outbreak in Wuhan.

Li Zehua, in his mid-20s, was chased and then abducted in Wuhan on February 6 after posting videos claiming the Wuhan Institute of Virology was the source of the virus outbreak. But the former Chinese TV anchor reappeared two months later.

Fang Bin, a Wuhan resident, went missing on February 9 after publishing videos sowing piles of bodies being loaded onto buses at hospitals in the city. He has not been seen since.

Former human rights lawyer and citizen journalist Chen Qiushi (left) has resurfaced for the first time in 18 months. He was seen in a YouTube livestream with martial artist Xu Xiaodong 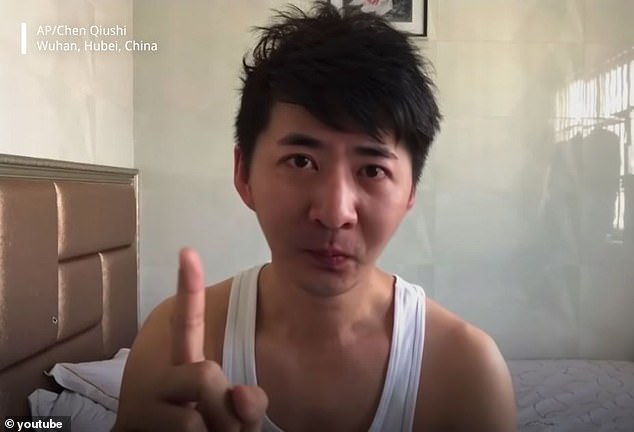 Mr Qiushi spent roughly two weeks on the ground in Wuhan, the epicentre of the pandemic, trying to expose the scale of the crisis 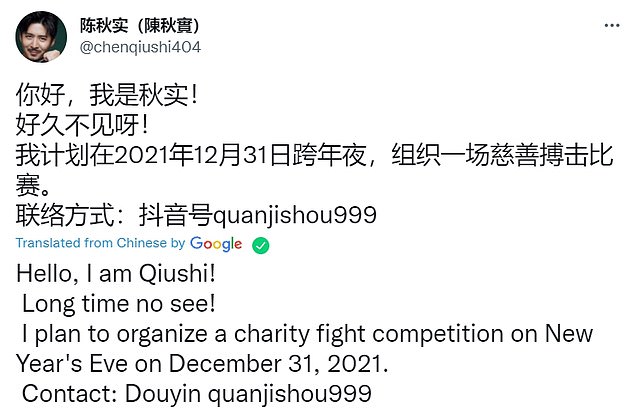 During the YouTube Livestream Mr Qiushi said little about his disappearance.

He mostly talked about the health benefits of martial arts, and said he hoped to organise a charity competition involving the sport.

Where is Chen Qiushi? A timeline of his disappearance

February 6 2020 — Chen Qiushi disappears after reporting on the Covid outbreak in Wuhan.

Chinese authorities are alleged to have informed his family that he was detained for a Covid quarantine.

February 7 2020 — His mother posts a video on his Twitter account calling for her son to be allowed to come home.

September 24 2020 — Mr Qiushi is reported to be living with his parents in Qingdao, a city on the Chinese coast near Korea.

They added that he was in ‘good health’ but under state supervision.

But in the video posted online he adds that the authorities are closely watching both Mr Qiushi and his parents.

The citizen journalist and former human rights lawyer says in the clip: ‘Over the past year and eight months, I have experienced a lot of things. Some of it can be talked about, some of it can’t. I believe you understand.’

In March this year Mr Xiaodong posted a video saying Mr Qiushi was with his parents, but being watched closely by Chinese state security.

Mr Qiushi has also posted on his old Twitter account, which had been counting every day since his disappearance.

His latest tweet was posted on what would have been day 602 of his disappearance.

It read: ‘Hello, I am Qiushi! Long time no see!

Douyin is the Chinese name for social media company TikTok. The Douyin account Mr Qiushi advertised has already been blocked.

Mr Qiushi spent roughly two weeks at the epicentre of the pandemic in Wuhan, arriving just before the city went into lockdown in the hopes of providing the worth with the truth.

His reports detailed horrific scenes including a woman frantically calling family on her phone as she sits next to a relative lying dead in a wheelchair and the helpless situation of patients in the overstretched hospitals.

He had been planning to visit a ‘fang cang’ makeshift hospital before evaporating.

His mother posted a video calling for his safe return days later.

In a post about a week before his disappearance he said: ‘I’m not even scared of death. You think I’m scared of you, Communist Party?’

A police officer asked about Mr Qiushi’s disappearance at the Wuhan Municipal Public Security Bureau said he did not have permission to comment, the Wall Street Journal reports.

US Congressman Jim Banks called for an investigation into the disappearance of the three citizen journalists in March last year.

China’s then-ambassador to the US, Cui Tiankai, said in an interview last year he had not heard of Mr Qiushi and urged the US to ‘respect the judiciary procedures (of China)’. 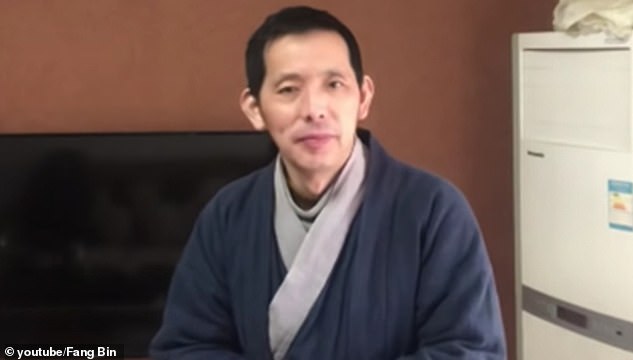 Fang Bin (pictured), a Wuhan resident, went missing on February 9 after releasing a series of videos, including one showing piles of bodies being loaded into a bus. He has not been heard from since 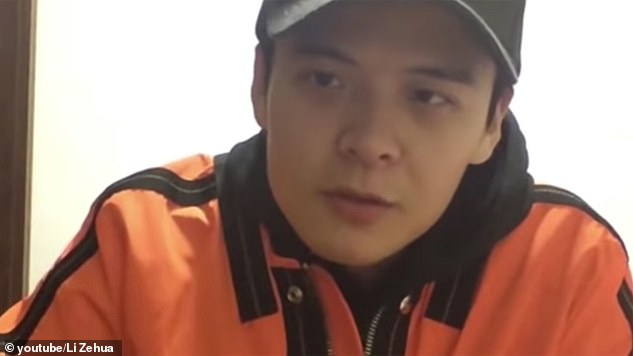 Li Zehua (pictured) is a former reporter of CCTV and vanished on February 26. He reappeared with his family in April last year

Chinese authorities faced an explosion of public anger following the death of local doctor Li Wenliang, who was punished for warning a friend about the new virus.

In response, they deployed hundreds of journalists to Wuhan and stepped up censorship efforts online.

Mr Zehua, who has now resurfaced, was a former broadcaster on CCTV but reported from Wuhan independently.

He visited a series of sensitive venues in Wuhan, such as the community that held a huge banquet despite the epidemic and the crematorium which was hiring extra staff to help carry corpses, RFA added.

The news outlet said Li was likely targeted by secret police after visiting the Wuhan Institute of Virology.

The beleagured institute has been at the centre of allegations of a potential lab leak, which it is feared sparked the pandemic.

An American report looking into whether the outbreak was due to a lab leak or natural origins said it could not rule out the theory.

Mr Bin, a Wuhan resident, went missing on February 9 after releasing a series of videos, including one showing piles of bodies being loaded into a bus.

He had been arrested arrested briefly before disappearing, it is alleged.

His last video showed hazmat-donning officers knocking on his door to measure his body temperature.

Fang is seen in the video trying to fend off the officers by telling them his temperature is normal, according to Radio Free Asia (RFA).