Chinese superstar Fan Bingbing took to social media for the first time in months Wednesday to apologise to fans and the Communist Party for tax evasion, shortly after news broke that authorities had ordered her to pay nearly $130 million in back taxes and fines.

The 36-year-old actress, model and producer had been a ubiquitous household name in China for years and tasted Hollywood success with a role in the 2014 blockbuster ‘X-Men: Days of Future Past.’

But she disappeared from the public eye and her once active social media presence went silent in May after allegations emerged that she had evaded taxes on a lucrative movie shoot, charges her studio called ‘slander’. 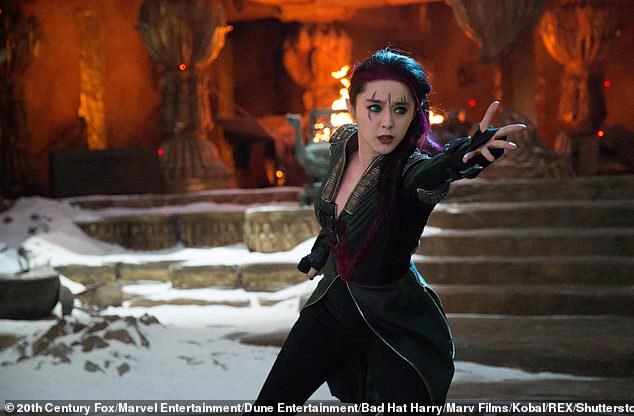 Her sudden absence from screens and advertisements across the country spurred rumors that she had been snatched by officials at a time when Beijing is cracking down on what it views as excesses in the film and television industry.

Chinese tax authorities have now laid at least part of the mystery to rest, ruling that both Fan and companies controlled by her failed to pay tens of millions of dollars in taxes, the official Xinhua news service reported on Wednesday.

The report said Fan would have to pay a total of 883 million yuan ($129 million) in owed taxes, fines and penalties, adding that she would avoid criminal prosecution as long as she met a repayment deadline.

At least one other person implicated in the probe has been detained for further investigation related to concealing and ‘deliberately destroying’ accounting documents, Xinhua added without detailing that person’s identity.

Fan took to China’s Twitter-like Weibo on Wednesday to acknowledge her wrongs, beg for her supporters’ forgiveness, and apologise to ‘society, the friends who care about me, the public and the national tax authorities.’

‘Without the Party and country’s good policies, without the loving attention of the masses, there would be no Fan Bingbing,’ she wrote to her 62 million followers.

However, many net users felt the penalty for Fan’s offences was not heavy enough.

‘How come she could escape criminal prosecution?’ user Guzi314 said on Weibo. ‘So does this mean that you won’t face jail time for stealing money from the government?’

‘What is 883 million yuan ($129 million) to the richest actress in China? said user Ziyu Shizuipiao. ‘To her, it’s just the remuneration for several of her movies. Fan Bingbing is way richer. Everything is going to go away after a year or so, and she will still be allowed to make millions in the entertainment industry.’

Net users have also compared Fan’s incident with another tax evasion case, where former flight attendant Li Xiaohang was fined 500,000 yuan ($73,000) and sentenced to 11 years jail in 2013 for smuggling cosmetics from duty-free shops in South Korea and evading up to 1.13 million yuan ($165,000) worth of taxes.

Li later had her fine and prison sentence reduced to 40,000 yuan ($58,000) and three years respectively following an appeal.

‘Not fair when other tax evaders all faced criminal prosecution and had to go to jail,’ user Wodejiandancool said. ‘The amount of tax that Fan evaded is for sure larger than the flight attendant’s.’

‘The flight attendant is probably crying in the toilet right now,’ another user Alilangyo said.

However, some Fan’s supporters stood by her side.

‘She has apologised and said she’ll pay the fine,’ Kuaileshiguang9153 said. ‘What more do you want from Bingbing?’

Following the investigation into Fan, authorities have declared a wider crackdown on the entertainment industry, Xinhua said.

Offenders are being offered an amnesty until December 31 to pay any taxes they owe. 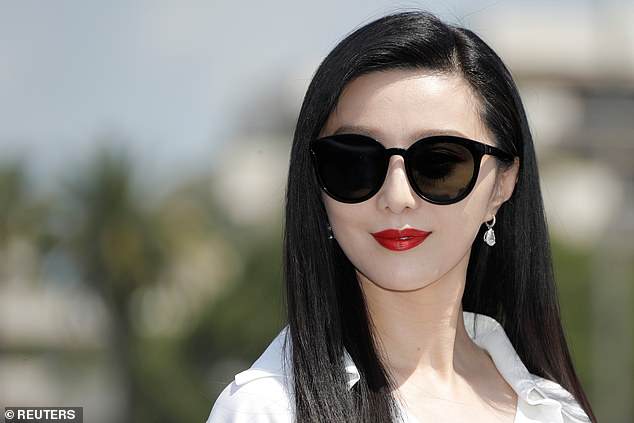 Fan and companies controlled by her failed to pay tens of millions of dollars in taxes, a report this week concluded 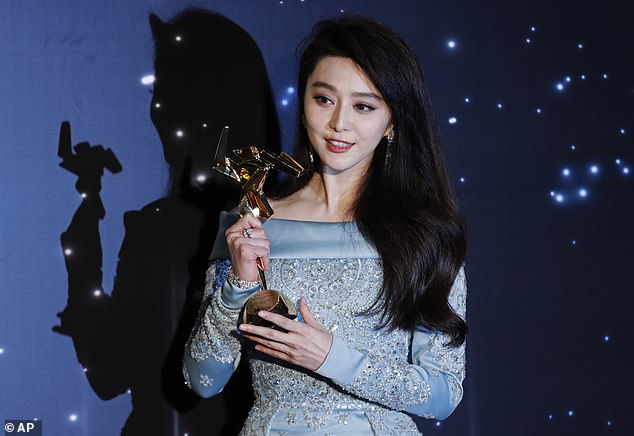 Fan’s troubles began in May soon after she appeared on the red carpet at Cannes film festival when a former presenter for state-run China Central Television (CCTV) posted a purported movie shoot contract.

The documents suggested Fan was officially paid 10 million yuan ($1.45 million) for a project while unofficially receiving an additional 50 million yuan – all for four days of work.

So-called ‘yin and yang’ dual contract arrangements – with one contract for income declared to tax authorities while the other is kept secret – are reported to be used in China to evade taxes.

After the contract documents went viral, the national tax administration announced it had instructed authorities in eastern Jiangsu province to investigate alleged use of such dual contracts in the entertainment industry.

Fan was not mentioned by name but she has businesses registered in Jiangsu.

She is one of five leading international actresses cast in the forthcoming Hollywood spy thriller ‘355’, alongside Jessica Chastain and Penelope Cruz.

But her star has dimmed among authorities in China.

A recent report by academics listing the ‘social ranking’ of Chinese celebrities placed Fan at the very bottom with a score of zero.

The study was widely carried by Chinese state media.