Chipotle’s chief marketing and strategy officer who was arrested in a massive cocaine sting two years ago has stepped down, just nine days after a new CEO took the reins at the troubled restaurant chain.

Mark Crumpacker, 54, will leave Chipotle effective March 15, according to a regulatory filing. The company announced his departure on Wednesday.

Chipotle in a statement thanked Crumpacker for his role in shaping and defining the brand since joining the company in January 2009, and said it would continue its marketing plans while finalizing plans for a new chief marketing officer.

Chipotle disappointed some investors in September 2016 when it reinstated Crumpacker just months after he was charged with multiple counts of cocaine possession. 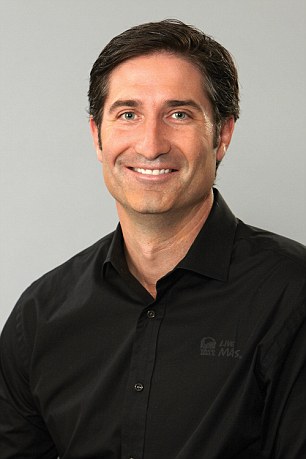 Prosecutors said Crumpacker was caught on a wire ordering cocaine to be delivered 13 times to his $2.5million apartment on West 13th Street and spent $3,000 on the recreational drug.

He pleaded guilty to drug possession charges in January 2017. Prosecutors agreed to dismiss the case if he received treatment for a year and stayed out of trouble.

After sticking to the program for the full course, the cocaine charges were dropped against him in January 2018.

Crumpacker’s efforts, particularly food giveaways aimed at wooing back customers after a series of reputation-crushing food safety lapses in late 2015, were costly and failed to resonate with customers amid fierce competition from rival restaurant operators.

Chipotle disclosed in a January filing that it had signed retention agreements of $1 million for Chief Financial Officer Jack Hartung and $600,000 for Crumpacker that would reward them for staying one year after a new CEO was appointed.

Hartung’s and Crumpacker’s retention agreements included several scenarios for payment upon their early departures – including reductions in duties and moving primary work locations by more than 30 miles.

Niccol took the helm from Chipotle founder Steve Ells on March 5 and is based at Chipotle’s Denver headquarters.

Ells and Crumpacker work from Chipotle’s New York office and Hartung is based in Chicago.