Chloe Ferry has been documenting her two-stone weight loss while in lockdown.

And on Monday, the 24-year-old took to Instagram Stories to show off just how baggy her workout leggings have become after slimming down.

Standing at the top of her stairs, she teamed a sports bra with her trousers and a zip-up top, while wearing her hair in pigtails. 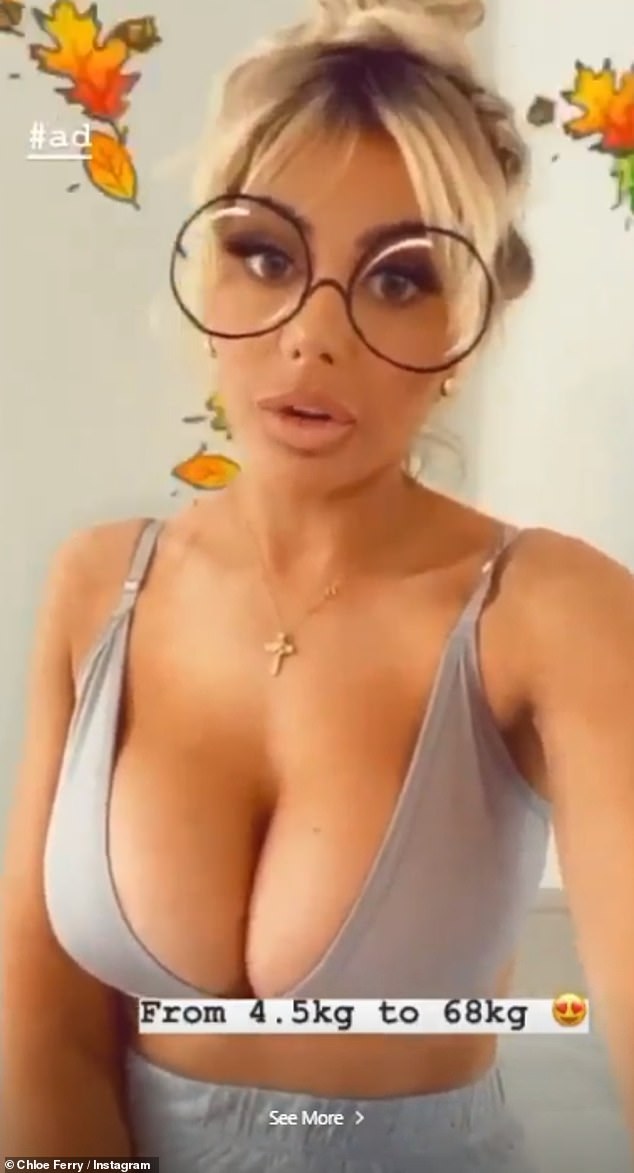 Plunging top: She posed in her bra to promote resistance ropes to her followers

Then taking it to another room, Chloe tugged on the waistband of her bottoms to show how loose-fitting they had become.

Chloe also showed off some sexy lingerie snaps on social media as she proudly showed off her new look.

She teamed a grey bra top with matching bottoms as she told her followers about some resistance ropse she had been using to workout with. 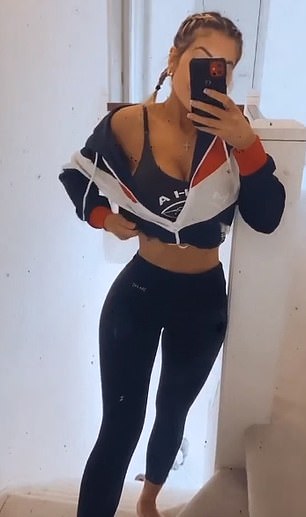 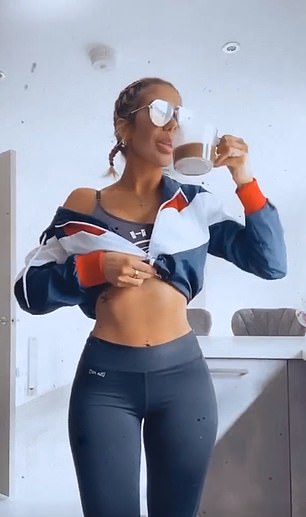 Loving life: Chloe had been showing off her new figure from every angle 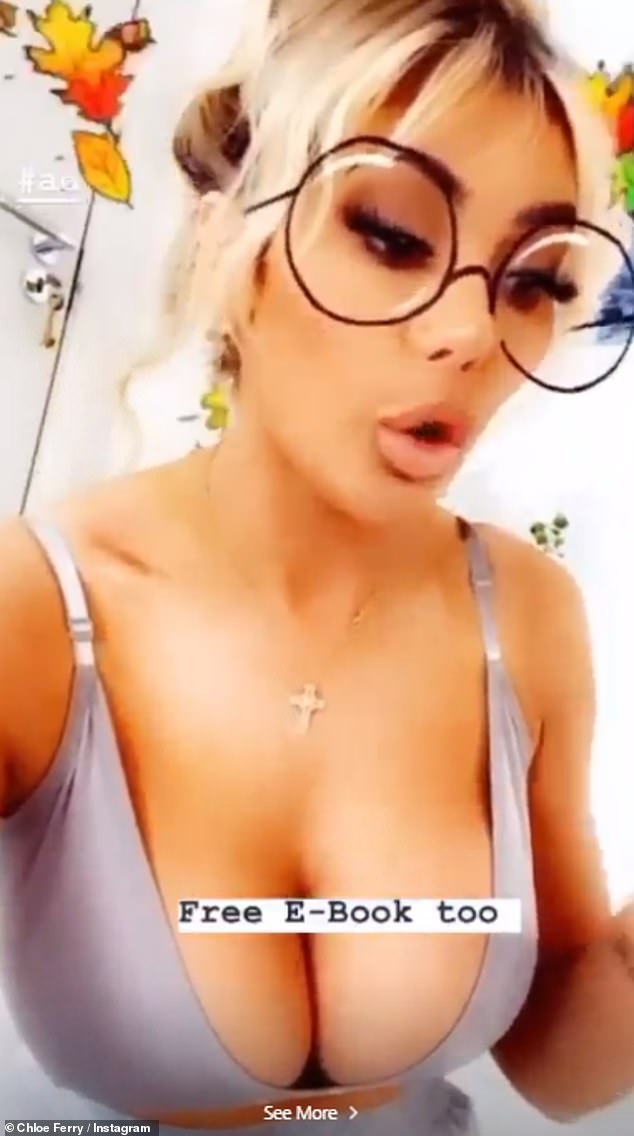 Wow! Chloe’s lingerie left little to the imagination as she conversed with her followers

‘I really think these bands are really good for toning up and building muscle,’ she said, before giving a demonstration of how they work.

Treating herself to a shower, Chloe wrapped herself in nothing but a towel to ask her fans if they could help her choose a speaker for her gym.

‘I need something really loud,’ she said. ‘And it needs to be bluetooth.’ 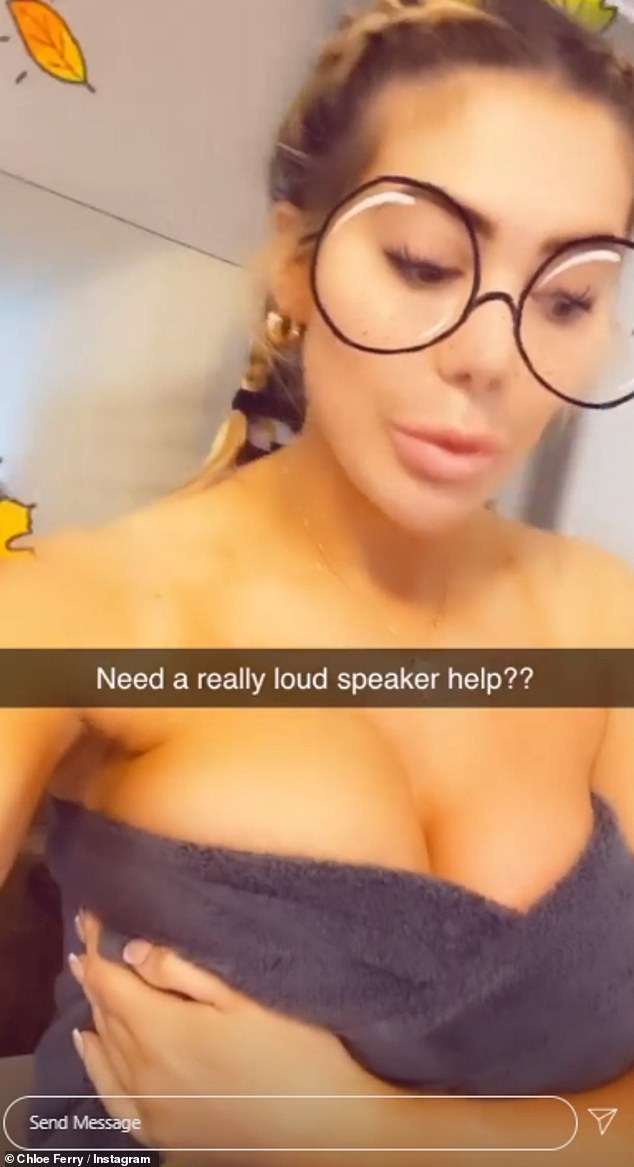 Wrapped up: After a shower, Chloe covered up in a towel as she asked for advice on speakers

With lots of time to kill, Chloe also showed off her orange silky Gucci pyjamas as she pulled off several poses and treated herself to some wine.

Speaking on her Instagram stories last week, Chloe revealed her weight was down to 9st 12lbs after showcasing the outline of her abs amid her workout regime. 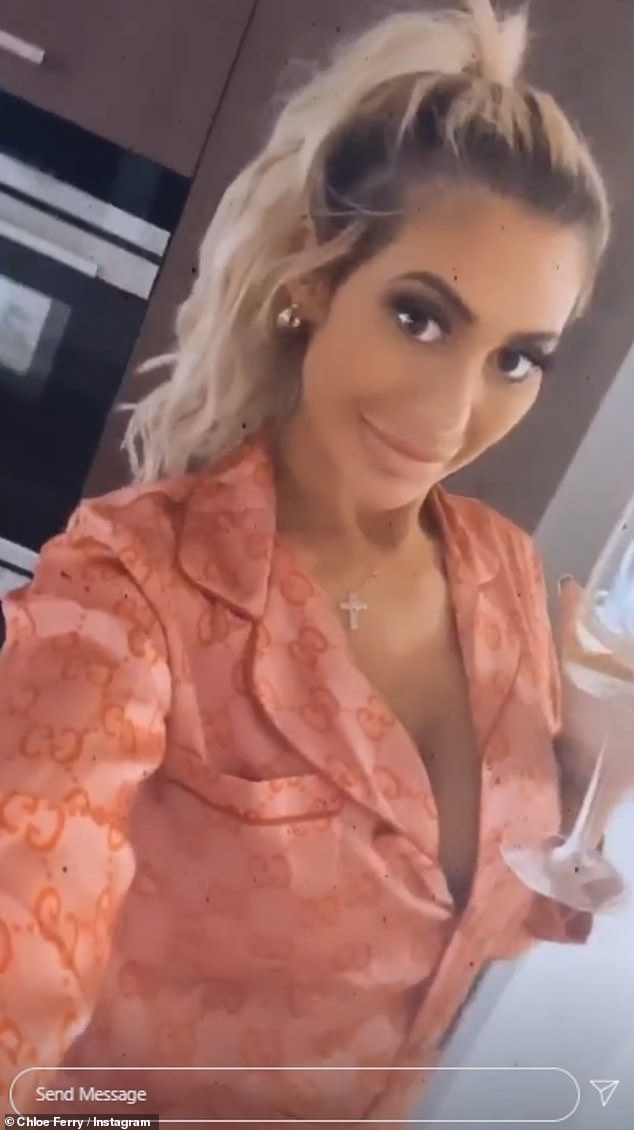