She is used to more luxurious surroundings, spending time on her parents’ £100million superyacht in Monaco or in the £10million Belgravia townhouse they are said to have bought her.

But Chloe Green did her best to look at ease when she visited the far more humble home of her convict boyfriend’s family in a run-down US town.

Former gangster Jeremy Meeks had taken the Topshop tycoon’s daughter – who is rumoured to be pregnant – to his grandmother’s birthday party. 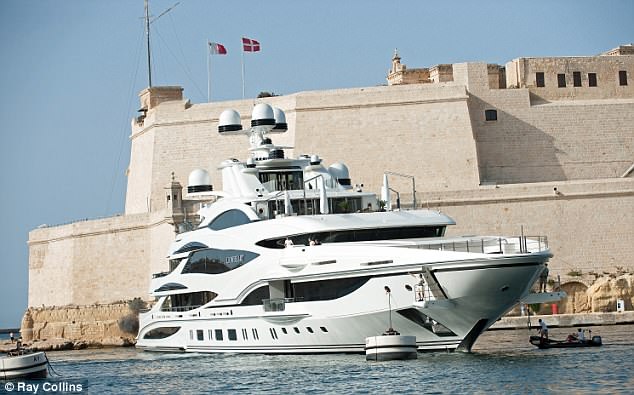 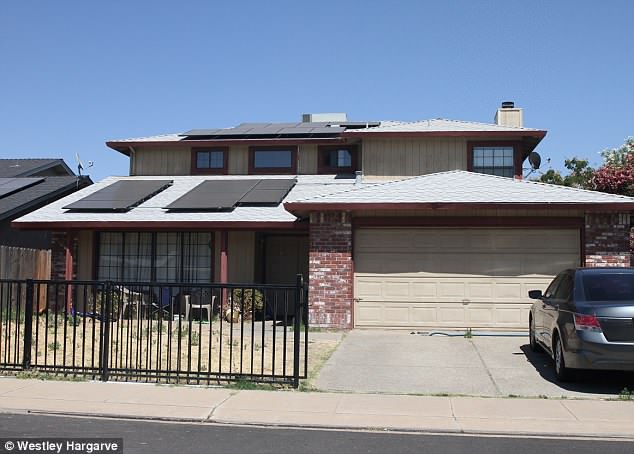 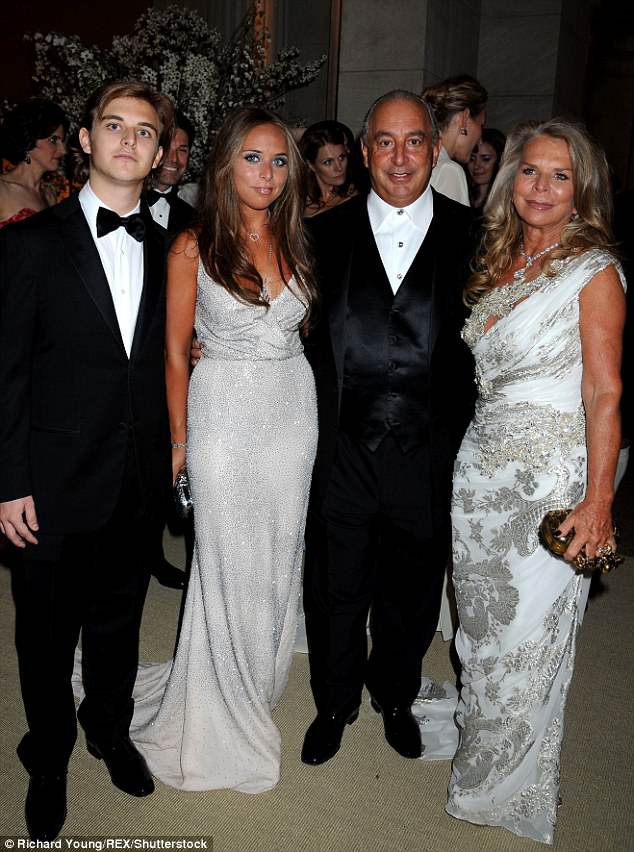 Gilded lifestyle: Chloe and brother Brandon with their parents

Meeks, 34, who is now a model, grew up in Stockton, a notorious gang-ridden Californian town that has been named among the most dangerous places in the US.

His estranged father is said to be serving a life sentence in jail, while his mother Katherine Angier has battled heroin addiction. Miss Angier was in the photograph Meeks posted on Instagram yesterday of his family with Miss Green.

He wrote: ‘Nothing like spending time with the whole family. From the grandparents to the great grandchildren. Happy birthday Grandma.’

In the photo, Miss Green, 27, who has not yet confirmed or denied reports that she is expecting Meeks’s child, sits tucked on to the end of a cramped, old sofa, her stomach carefully covered.

Miss Angier and her parents are on the sofa, while Jeremy Jr, Meeks’ eight-year-old son with his estranged wife Melissa, kneels at the front. 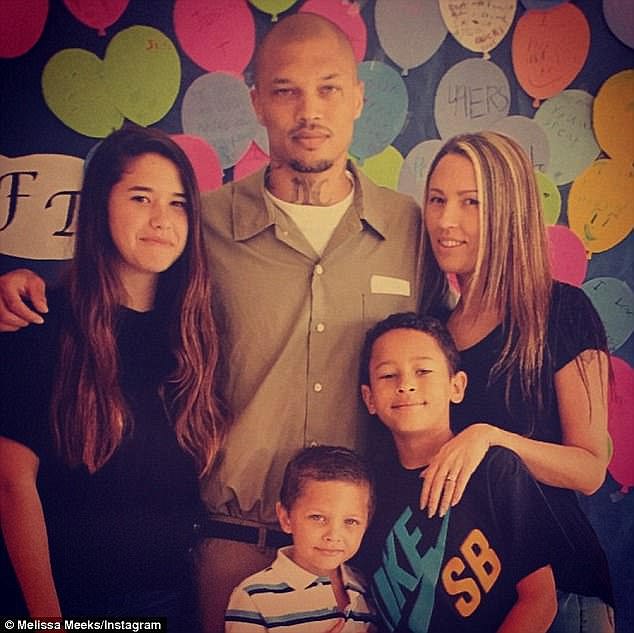 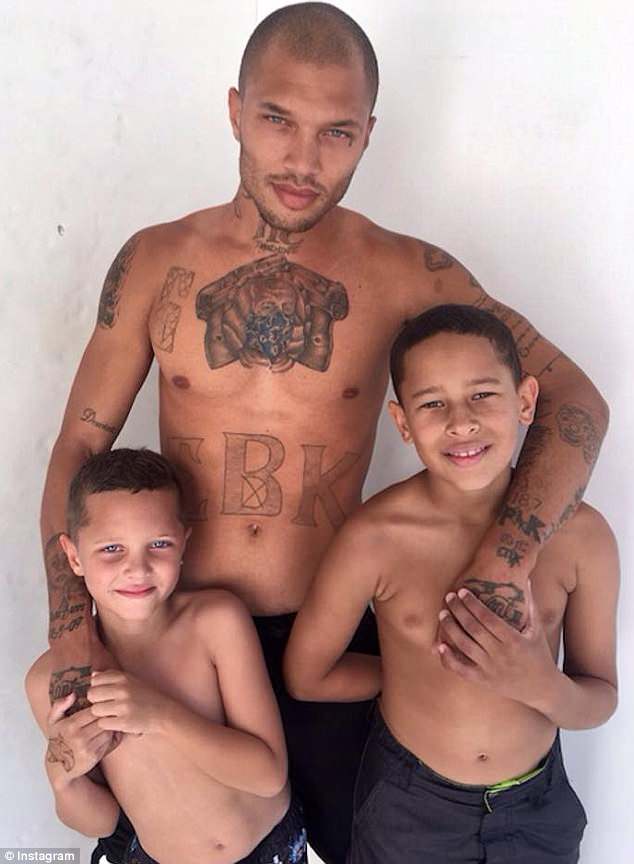 Family: Melissa is mother to his biological child Jeremy Jr as well as Robert, 11, Melissa’s son from a previous relationship

The picture also shows Meeks’ sister Leanna Rominger – who is 12 years his senior and took custody of him when he was eight as their mother had been in and out of prison – as well as his half-sister Carmella Jesus.

The simply-furnished house is a complete contrast to the luxury lifestyle of Miss Green’s parents, controversial billionaire former BHS boss Sir Philip Green and his wife Tina. The same could be said of Meeks’ nondescript former marital home in Manteca, 13 miles from Stockton, where his estranged wife still lives with Jeremy Jr.

It is surrounded by a black metal fence and a small sun-scorched garden, with black metal gates. 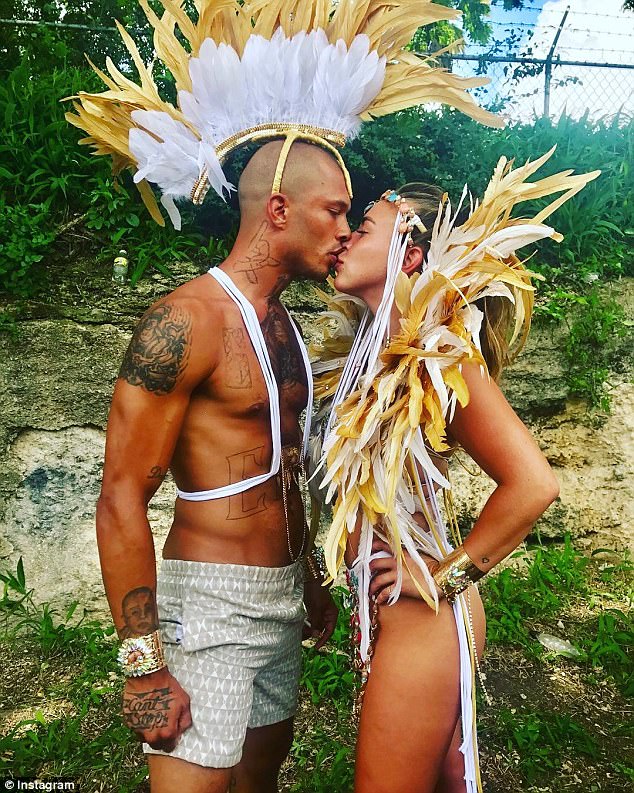 Controversial: Passionate pictures of the ‘Hot Felon’ and Green surfaced during a sun drenched luxury getaway in Turkey in July 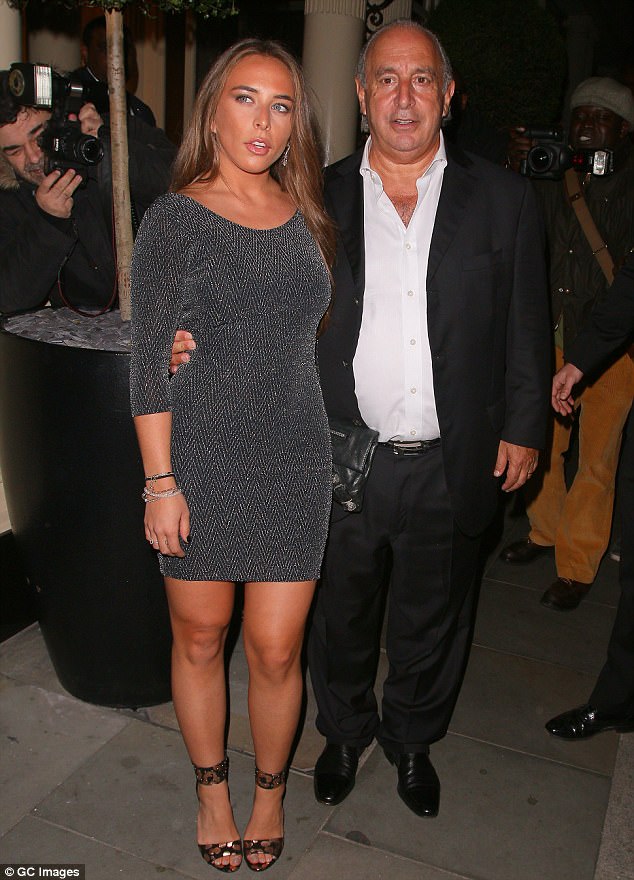 Acceptance: Sources claim Sir Phillip (pictured with Chloe) is resigned to Jeremy being a permanent fixture in his life

Meeks, once described as one of the most violent criminals in the area, has served two prison sentences. He was convicted of robbery and assault in 2002, and in 2015 was sent back to jail for illegal possession of a handgun.

Meeks’ family stood by him, insisting he had been wrongly targeted by police because of his tattoos – many of which contain references to gangs – and was now a reformed man.

Meeks has a teardrop tattoo under his left eye, said to symbolise the death of a gang member, and the word ‘Crips’ on his right forearm – referring to a notorious Californian gang involved in drugs and murder.

His arrest led to a dramatic career change for the ex-convict. As a result of his police mugshot being shared online, he was signed to a modelling agency and earned the nickname the ‘hot felon’. 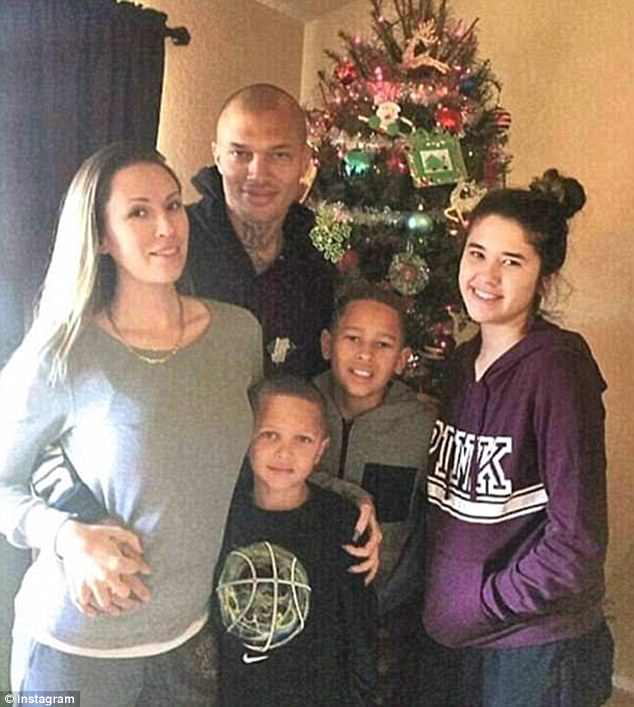 Shock: Jeremy was still legally married to Melissa Meeks at the time he was snapped kissing Chloe

Meeks met Miss Green, a self-styled fashion expert who found fame on the reality TV series Made In Chelsea and is known for her lavish lifestyle, in Cannes less than a year ago.

The couple have since posted dozens of romantic images from around the world on social media – much to the fury of Melissa Meeks, 38, who did not realise her husband, stepfather to her two children from an earlier relationship, was leaving her until photographs of him kissing the heiress aboard a yacht were published.

Her friends have accused Meeks of trying to scrounge off his wealthy girlfriend.

Neither Miss Green nor her model boyfriend have confirmed her pregnancy, but US news reports claimed the pair were spotted spending more than £4,000 on baby clothes and toys in Beverly Hills last month. Items they were said to have bought at boutique baby shop Petit Tresor included a giant stuffed giraffe costing more than £2,000.

Miss Green has been pictured wearing oversized clothes for several weeks and friends say she has given up alcohol and partying.

Her father, who runs a £3.8billion fashion empire, was initially reported to have dismissed her relationship with Meeks as a holiday fling but is now said to have given the couple’s romance his seal of approval.

Sir Philip is reportedly renovating a multi-million-pound apartment for the couple to move into, complete with panoramic views of Monte Carlo harbour, where the Greens base their superyacht Lionheart. Lady Green is resident in Monaco.

Representatives for Miss Green and Meeks were approached for comment.