Choc full of fun: Discovering that a family day out to Cadbury World is the sweetest of tickets

Choc full of fun: Discovering that a family day out to Cadbury World with its ‘beanmobile’ ride and 4D cinema (plus lots of free chocolate) is the sweetest of tickets

By Joanna Tweedy For The Daily Mail

The last bar of Dairy Milk, encased in that familiar purple wrapper, may have long since rolled off production lines in the space now occupied by Cadbury World, but chocolate still runs through the core of this tourist attraction on Birmingham’s south-west fringes.

A gloriously retro Cadbury logo at the top of this 19th-century cocoa temple greets us, erstwhile signage that has seen millions of Cadbury classics boxed up and shipped across the world.

The heady aroma hits our brood as soon as we wander over the threshold. The question on our lips? How much might one get to gobble, Augustus Gloop-style, during this 90-minute tour? The answer comes quickly. We’re given a map and 12 — TWELVE! — bars of favourites. Our six-year-old, Cleo, ponders the maths before exclaiming: ‘Three for me!’ ‘Don’t overdo it, have a couple of squares and save the rest…’ I chastise to deaf ears, knowing this is no place for the Sugar Police. 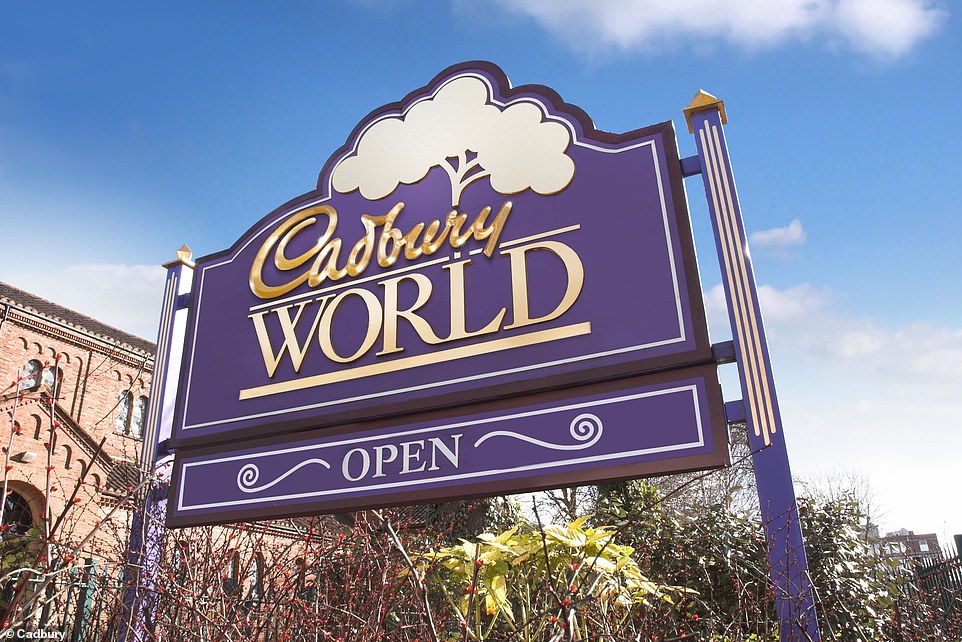 The purple and gold sign of Cadbury World in Birmingham, where the company was founded 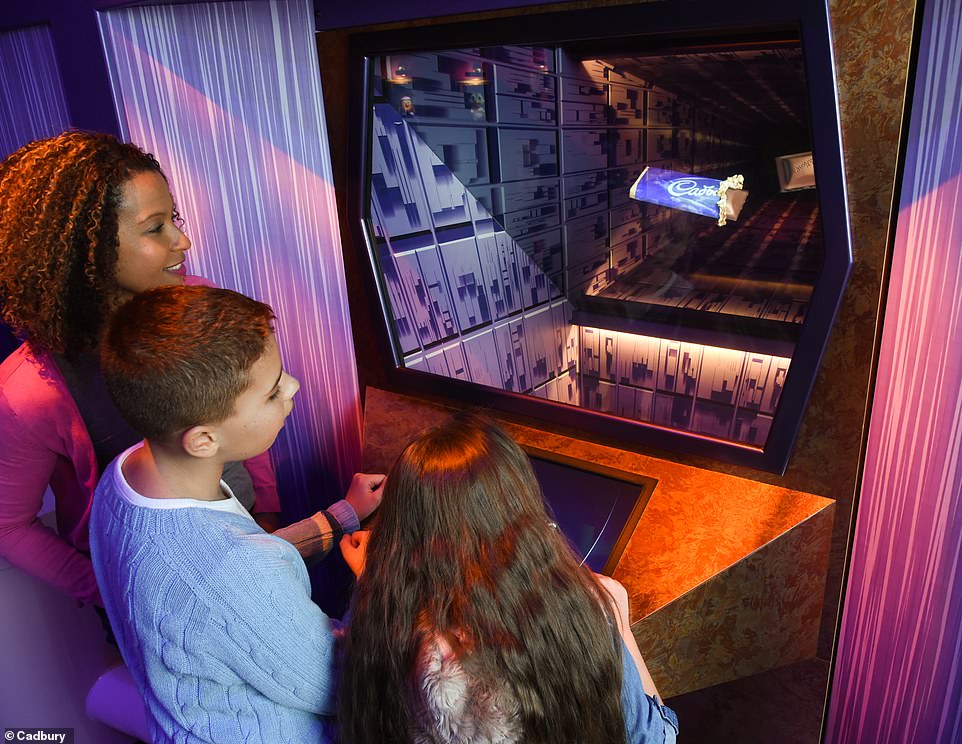 A young Roald Dahl, while a boarder at nearby Repton School, landed himself the world’s tastiest job testing out Cadbury’s latest inventions (Cadbury stock image)

I dare you to leave the adjacent shop empty-handed, where a sizeable bag of mis-shapes — the wonky veg of the chocolate world — will set you back just £3. Opened in 1991, Cadbury World unfolds over two floors of one of England’s most famous factories.

Like wide-eyed Charlie Buckets, we begin in an Aztec Jungle themed area, where cacao pods were first fawned over, before we hurtle through time with conquistador Hernán Cortés, who gifted Europe the ambrosial beans.

Belle, nine, and Cleo love the time travel, especially when we blink out on to early 19th-century Brum, with its replica of Quaker John Cadbury’s Bull Street grocery store, which sold drinking chocolate to obsessed Georgians. 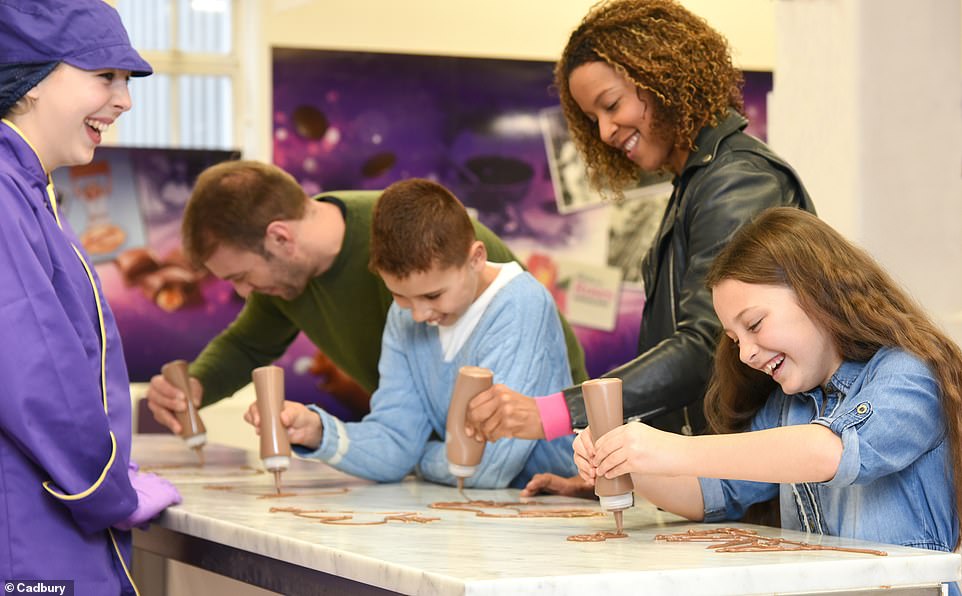 Delicious fun: A family enjoys some creative writing with chocolate in the Have A Go area (Cadbury stock image) 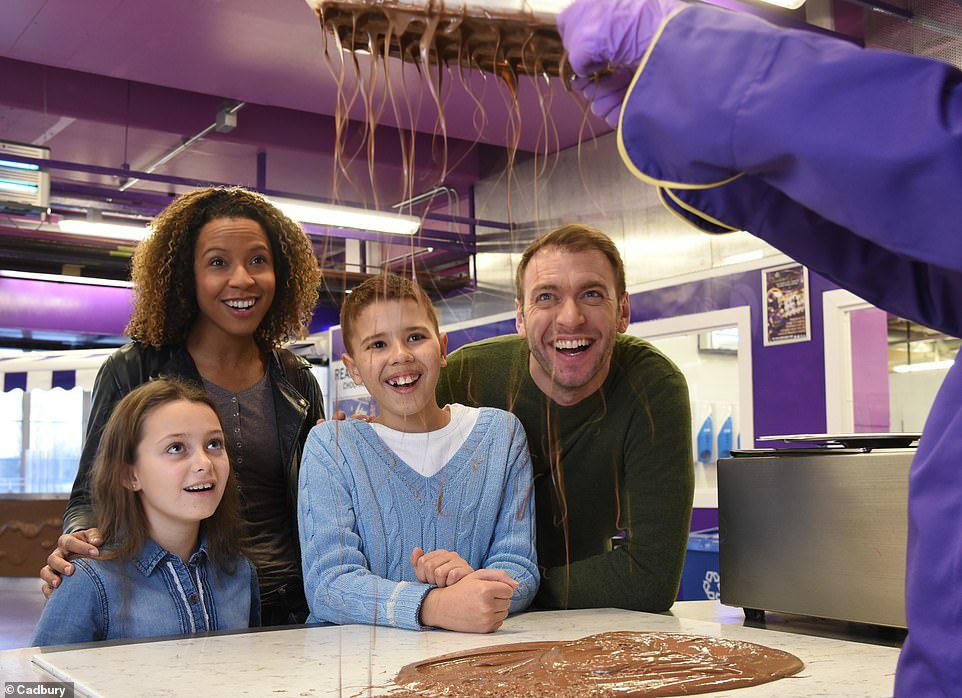 Looking on in sheer wonder in the chocolate-making zone where, writes Joanna, ‘there’s plenty of practical fun’ (Cadbury stock image) 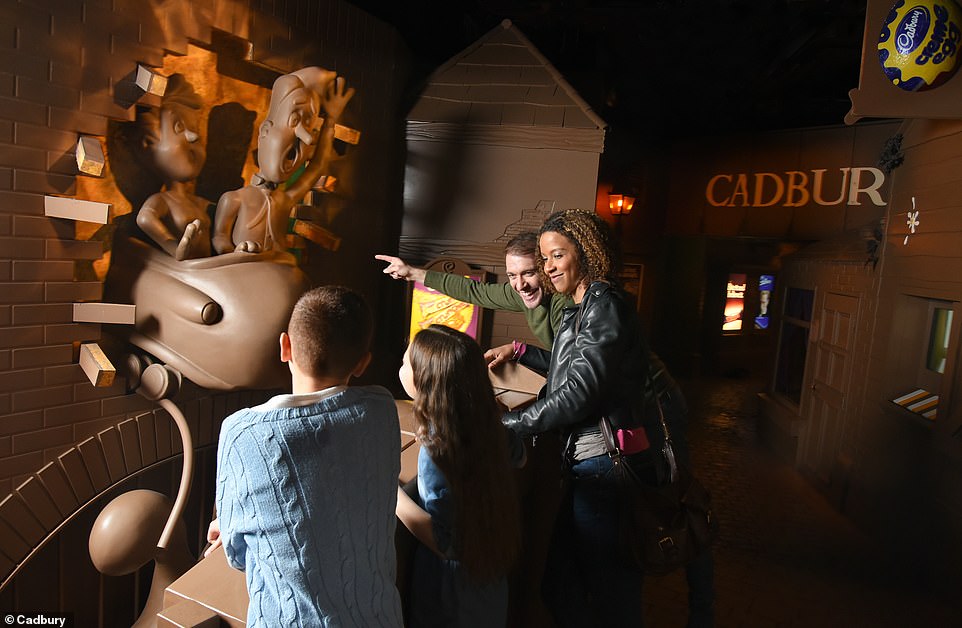 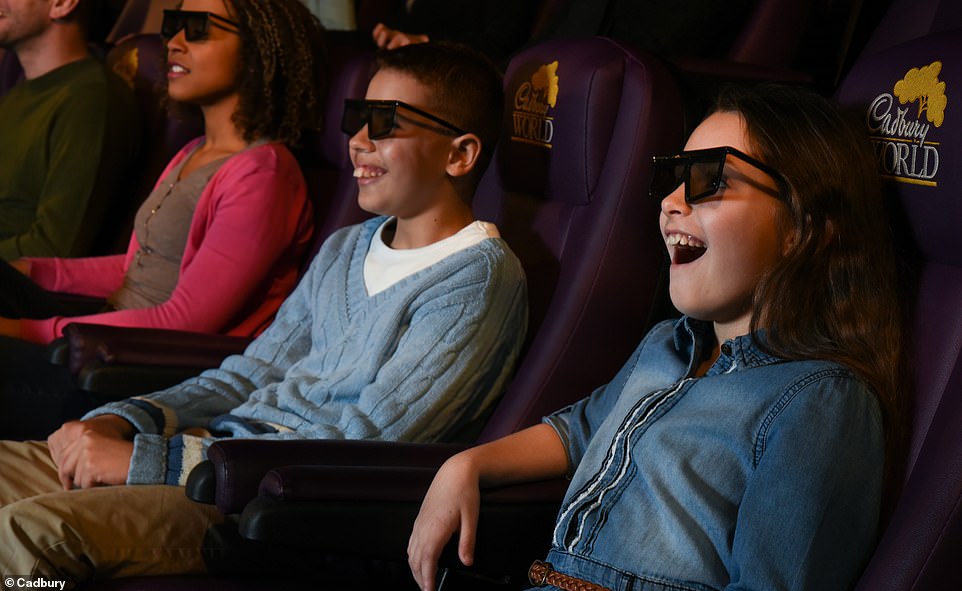 The 4D cinema, writes Joanna, is the most futuristic of Cadbury World’s attractions. She describes it as a visual spectacle to rival Disney 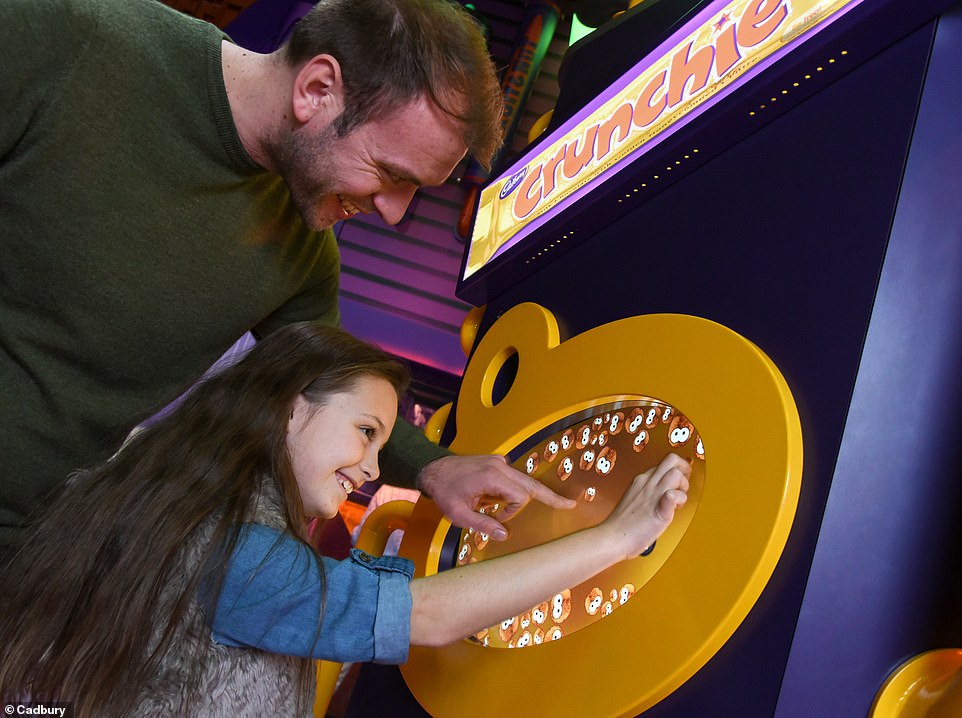 Joanna writes: ‘The heady aroma hits our brood as soon as we wander over the threshold. The question on our lips? How much might one get to gobble, Augustus Gloop-style, during this 90-minute tour? The answer comes quickly… 12’ (Cadbury stock image)

A ticket for a family-of-four to Cadbury World costs £53.80, under fours go free. Pre-book tickets at cadburyworld.co.uk.

I’m gripped when I read a notice about how a young Roald Dahl, then a boarder at nearby Repton School, landed himself the world’s tastiest job testing out Cadbury’s latest inventions with his pals. As inspiration for a book goes, it must have been mouth-watering fodder.

There’s no Willy Wonka-style host today though; this tour is run by a slick bunch of microphone wearing, Covid-conscious teens. There’s plenty of practical fun. The ‘Have a Go’ area sees a purple-coated technician whip up the kind of filled chocolates you’d find in a tin of Roses. We try writing our names in liquid chocolate and gawp at chocolatiers behind glass.

There are surreal elements. We squeeze into a ‘beanmobile’ and trundle around the psychedelic ‘Cadabra’ world.

A circus-master on stilts towers above guests as we queue for the 4D cinema, the most futuristic of Cadbury World’s attractions. It’s a visual spectacle to rival Disney.

From our comfortable, very purple seats we don our special specs and board a Crunchie roller coaster, then a Creme Egg airship. It’s a thrilling end to the most delicious of day-trips. Now, pass me a mis-shape, won’t you?