A chocoholic mum who gorged on two family blocks of chocolate a night has shed nearly five stone in just over four months by kicking her sweet tooth.

Mother-of-three Allison Smith said she reached her heaviest weight of 125kg (19st 9lbs) after difficult pregnancies caused her to balloon to a size 20.

The 27-year-old from Wagga Wagga, New South Wales, kicked her nightly chocolate habit and has since dropped 30kg (4st 10lbs) in just over four months.

The disability support worker now feels more confident than ever in her new 95kg, size frame – and has even worn shorts outside the house for the first time in six years. Mother-of-three Allison Smith, pictured before losing weight, reached 135kg at her heaviest. She said difficult pregnancies caused her to balloon to a size 20 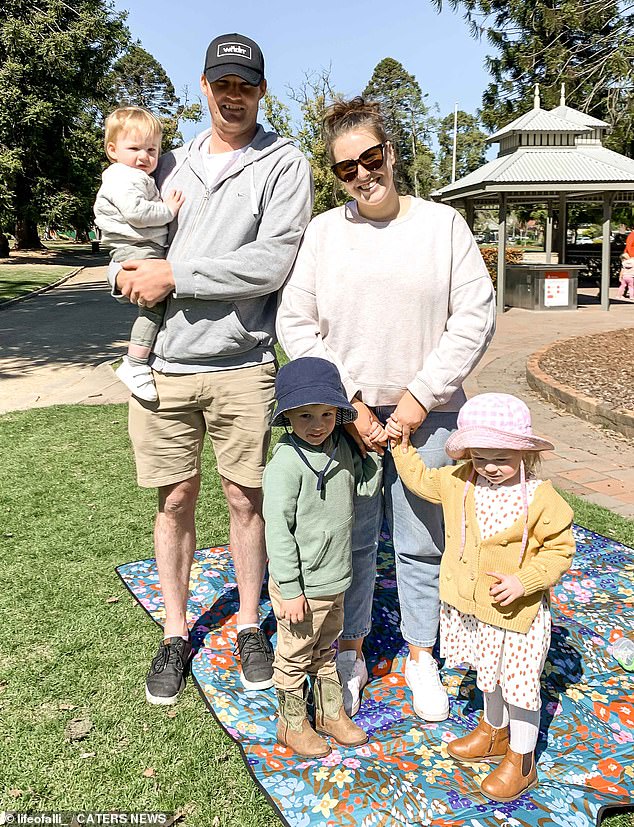 Keeping up with the children: Allison, seen here with her family, says she is able to run around with her young children more easily now, without getting out of breath 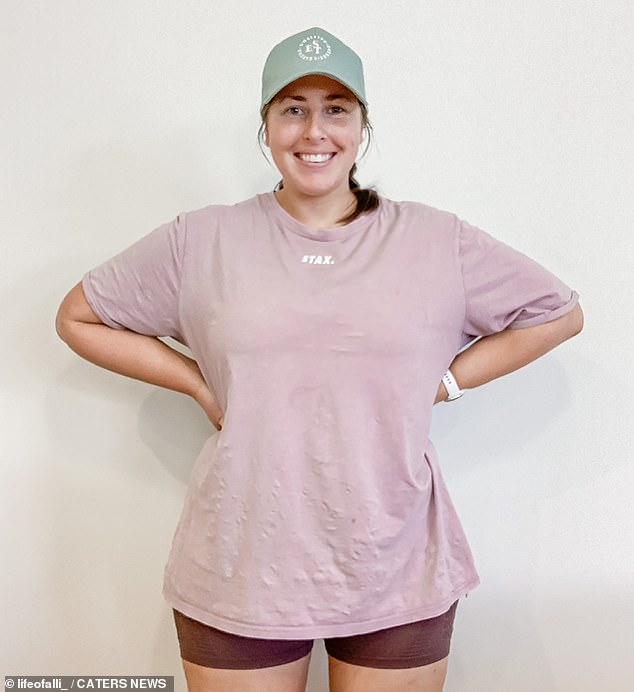 Describing herself as a ‘chocoholic’, Allison (pictured here after losing weight) underwent gastric sleeve surgery and radically overhauled her diet to drop the weight

Allison said: ‘I just got to a point where I had had three babies in three years, and I wasn’t looking at myself in the mirror.

‘I wasn’t happy with myself, and I wasn’t living life to the fullest. I didn’t want to go to events because I didn’t have anything that would fit me.

‘I also felt people were looking at me and were thinking “Oh geez she’s put on a lot of weight”.

‘I felt embarrassed of how big I was, I was not confident at all. ‘

I tried every single diet under the sun and was spending all this money on all these programs to just fail every time. 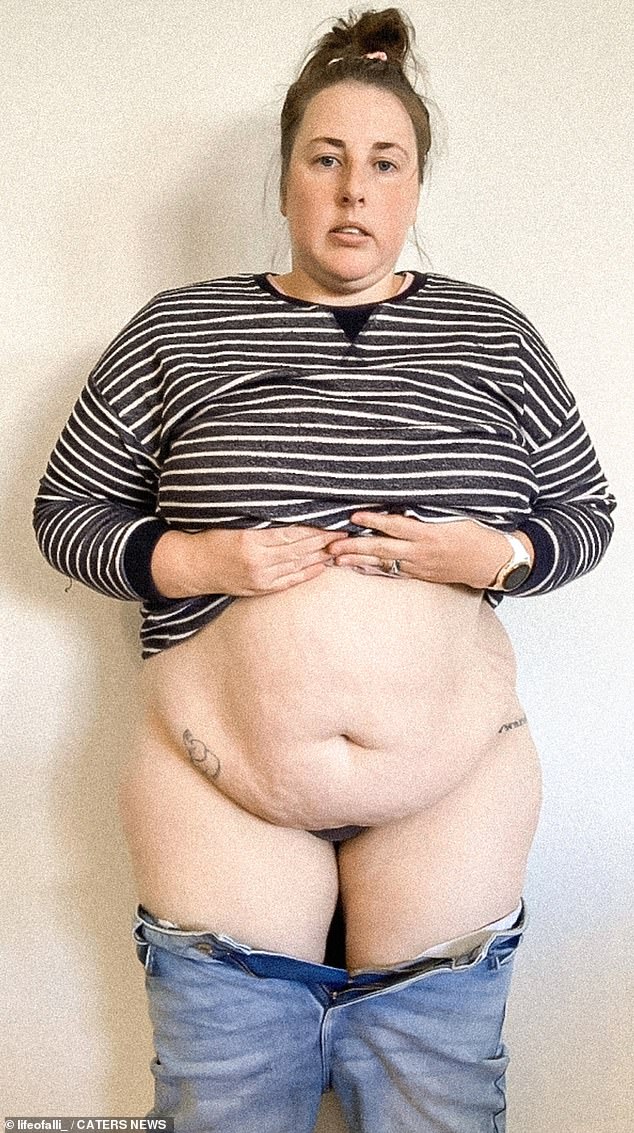 ‘The surgery…was the best thing I’ve ever done’, says Allison, pictured here before losing a staggering five stone in just over four months 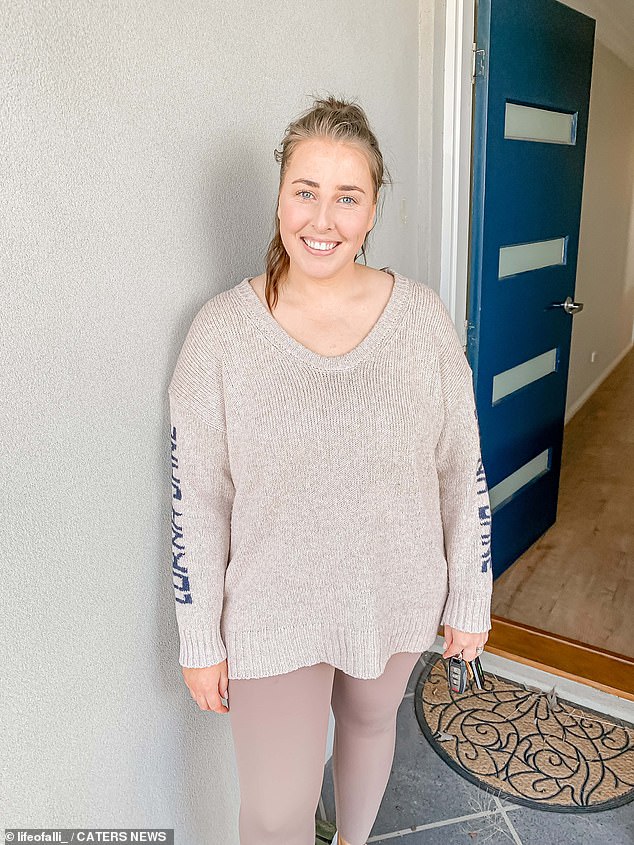 Allison would snack on nearly two blocks of chocolate a night, eating doughnuts, chips and biscuits throughout the day before losing weight (pictured post-weight loss) 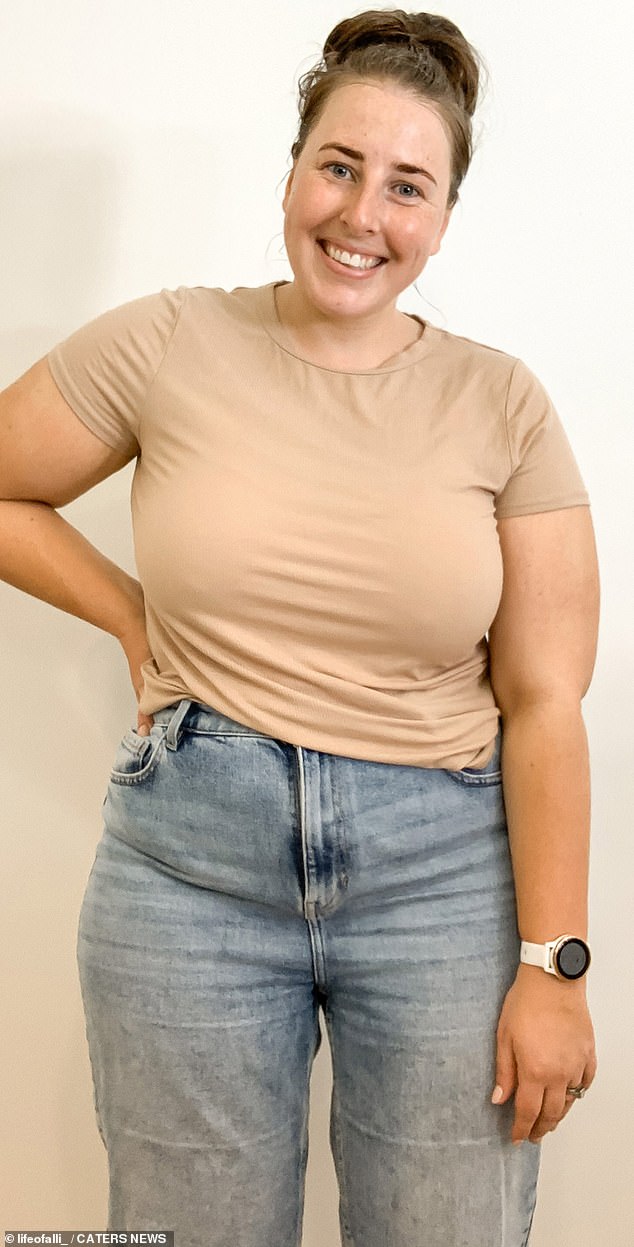 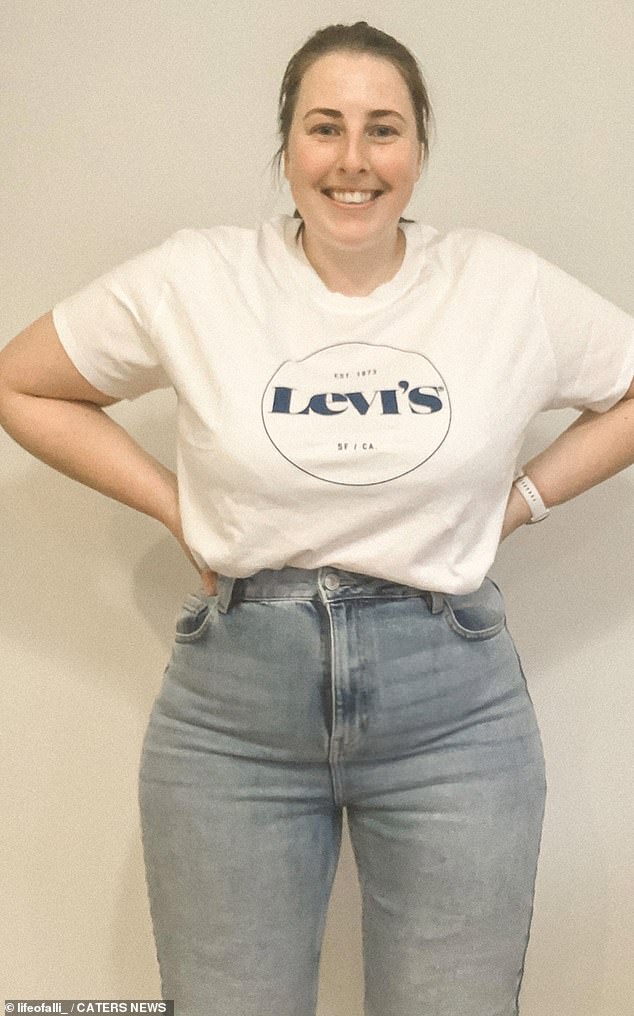 ‘It was very confronting to have someone say that you’re going to have serious health issues if you don’t step up.’

Allison would snack on nearly two blocks of chocolate a night and she snacked on doughnuts, chips and biscuits throughout the day.

Her main meals were carb-heavy and devoid of nutrient-dense fruits and vegetables – consisting of dishes such as takeaway Chinese, pizza, fries, burritos or burgers.

She said: ‘One hundred per cent I was addicted to chocolate, and I was worried that I wasn’t going to eat this again.

Allison’s diet: Before and after losing 5st

Dessert: One row of chocolate occasionally

‘I think I was so addicted to it mainly for the taste. Most of the time I was restricting myself with diets.

‘I was telling myself I wasn’t allowed that because it’s a ‘bad’ food.

‘When I failed at a diet or was about to start a diet, I would binge and try and eat as much as possible.

‘Because in my mind I would be “starting a diet on Monday”, that would be the last time I was ‘allowed’ chocolate.’

After trying ‘every diet under the sun’ with no success, Allison’s doctor recommended she undergo gastric sleeve surgery to prevent health complications in the future due to her size.

The super slimmer is now more confident than ever before and says she has the energy to be the best mother she can be for her kids.

Allison is now inspiring her followers on her Instagram page, @lifeofalli.

She said: ‘I love being able to inspire others on social media.

‘I’m way more energetic now. I run around with my kids and they’re enjoying it.

‘My four-year-old said ‘Mum you used to not run around with us, and you used to get really puffed but now you don’t’.

‘Now I wear what I want, not just what fits.

‘I wore shorts for the first time in about six years recently and I had the confidence to wear the shorts out of the house.

‘My son said to me ‘Mum you never wear shorts, but you should because you look so pretty’.

‘I’m so glad I was brave enough to meet with the surgeon and go through with the surgery because it was the best thing I’ve ever done.

‘Now I’ve finally succeeded in losing weight and am on the road to where I want to be.’