Police have seized pieces of chopped-up Ferrari supercars after raiding dozens of containers at a storage site.

Officers used specialist cutting equipment to open around 200 units at the Birmingham business after suspecting they were hiding illegal items.

As well supercar parts including steering wheels and brakes, officers also found counterfeit alcohol and tobacco with an estimated value of £3million.

Police in Birmingham found chopped up supercar parts, including this Ferrari, after raiding a storage site following a tip-off 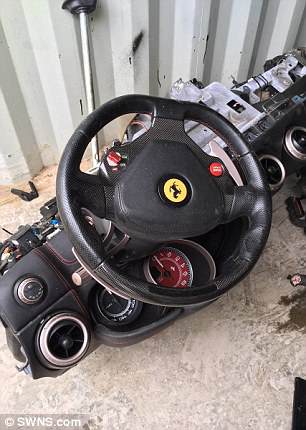 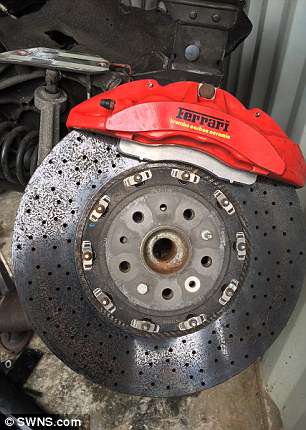 The Ferrari parts, pictured left and right, were found alongside other vehicles including Audis and Fords

Acting on intelligence, officers swooped on the Curzon Street site, just outside the city centre, early on Wednesday morning.

Of the 30 containers that have been searched so far, parts from nine stolen vehicles have been recovered.

They include Audi, Fords, vans and the Ferrari, and it believed the parts were being stored at the site before being sold on the black market.

Det Insp Rod Rose, of Force CID, said: ‘Vehicle crime is a priority for West Midlands Police and this discovery shows that there’s no hiding place for people involved in this type of criminality.

‘This is a significant blow to organised criminals who wrongly believe they can operate under the radar and out of sight.’

No arrests have yet been made, but investigations continue. 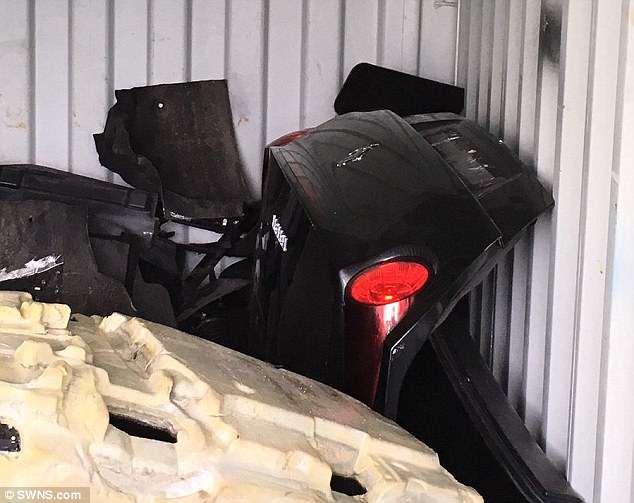 Police say the raid is a ‘significant blow’ to organised crime in the area. So far officers have searched around 30 of 200 containers