Bristol City are a Premier League club in all but name in so many ways.

Their Ashton Gate stadium has undergone extensive redevelopment in the past decade and is a venue so spacious and modern, several hundred fans could be safely accommodated in its hospitality suites to watch Saturday’s game on TV screens.

During lockdown, these rooms were given over to FareShare South West to serve as an emergency food warehouse.

The next phase of billionaire owner Stephen Lansdown’s Bristol Sport vision will see a 4,000-seat Sports and Convention Centre spring up next door in the coming months. Meanwhile, a state-of-the-art training complex which will bring together the first team and academy sides is nearing completion despite Covid delays.

But in order to secure a return to the top flight for the first time in 40 years, City will need the right team and the right personnel. That’s where the likes of Chris Brunt come in.

The 35-year-old midfielder may not have been the most exciting summer arrival, joining on a free after ending his 13-year association with West Bromwich Albion, but his vast experience could prove invaluable. 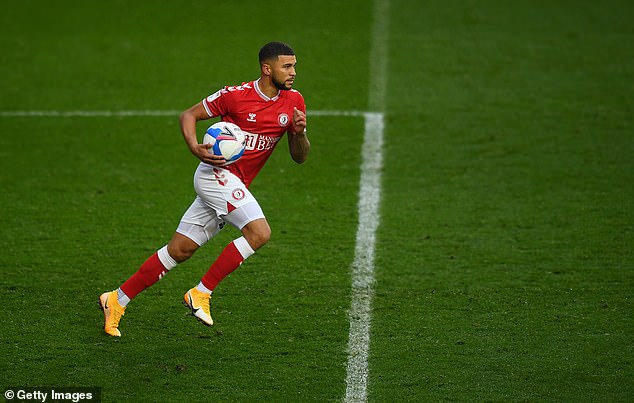 After all, Brunt won promotion to the Premier League three times with the Baggies — in 2007-08, 2009-10 and last season. His in-depth knowledge of the cut and thrust of Championship football could be useful to rookie manager Dean Holden, who handed Brunt his first league start since April 2019 in this 1-1 draw with Swansea.

It was Brunt who lofted the free-kick seven minutes from time that led to Antoine Semenyo being brought down by Connor Roberts in the box. Nahki Wells converted to keep the Robins second in the early season Championship table.

It was noticeable that Brunt was one of the most vocal on the field, cajoling younger team-mates to keep going until the end and they were eventually rewarded. ‘I feel they will be a bit annoyed at me today and a bit sick of hearing my voice on the pitch,’ Brunt said. 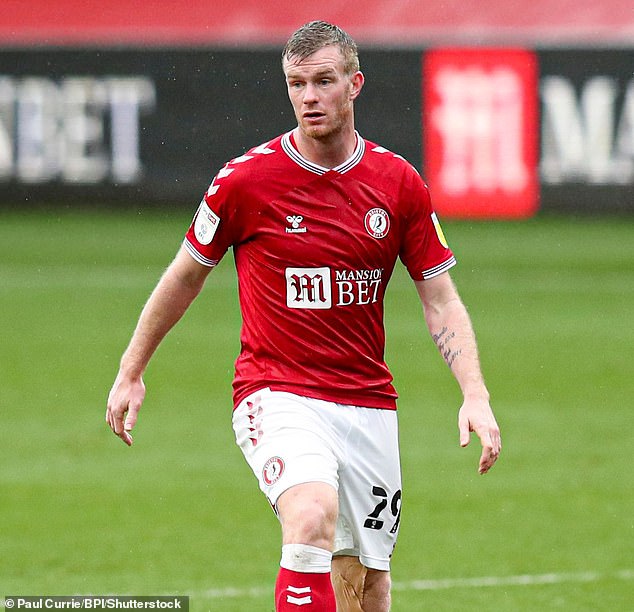 Brunt, who was previously at West Brom, grew in confidence as the game progressed

‘It was my first league start in about two seasons and there were a few rusty moments early doors but as the game wore on, at my age, you get a bit more confidence as you get a few more touches. I enjoyed it.

‘At my age, you hope you can have a bit of influence on the younger players. That will be part of my season. I still think I have the football in me to affect the game and at stages today I showed that.

‘I am here to do that but if I benefit some younger lads in the squad and help them along the way, great.’ 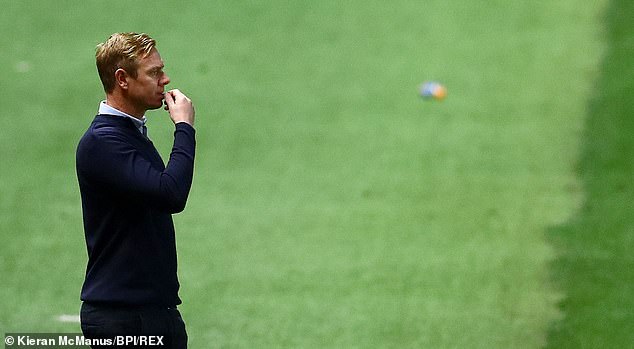 It had been a testing week for Holden, who replaced Lee Johnson as manager over the summer, as City suffered their first league loss — 1-0 at home to Middlesbrough on Tuesday.

They were heading for another against Swansea, also expected to be in the promotion shake-up, when Jamal Lowe fired home early in the second half. But they rescued a point thanks to a penalty award by referee Oliver Langford that enraged Swans boss Steve Cooper.

‘For a decision like that, it’s hard to keep my mouth shut,’ Cooper said. ‘We talked about this referee pre-match. And it was true to form. There’s nothing you can coach or say that can make that any better.’