CNN star anchor Chris Cuomo was filmed threatening to beat up a Trump supporter who referred to him as ‘Fredo’ during a heated conversation that is making the rounds on social media.

Social media accounts run by an independent YouTube journalist known as ‘Brandon’ posted video of the encounter, which is said to have taken place at a bar in Shelter Island, New York on Sunday.

The video, which was filmed by a cell phone camera, shows an angry Cuomo berating a man for referring to him as ‘Fredo.’ 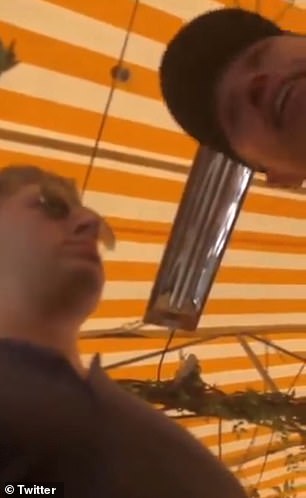 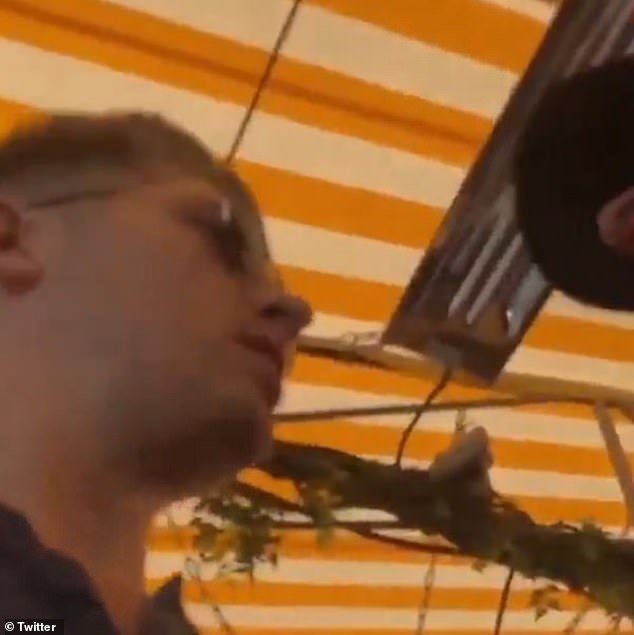 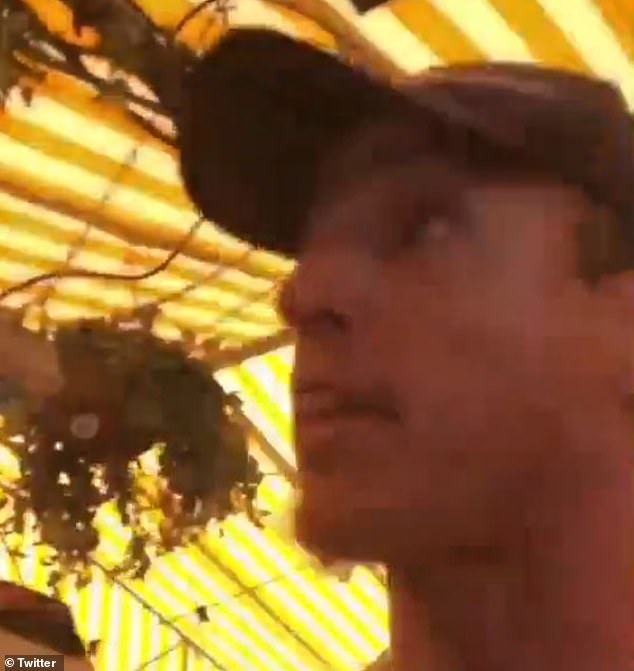 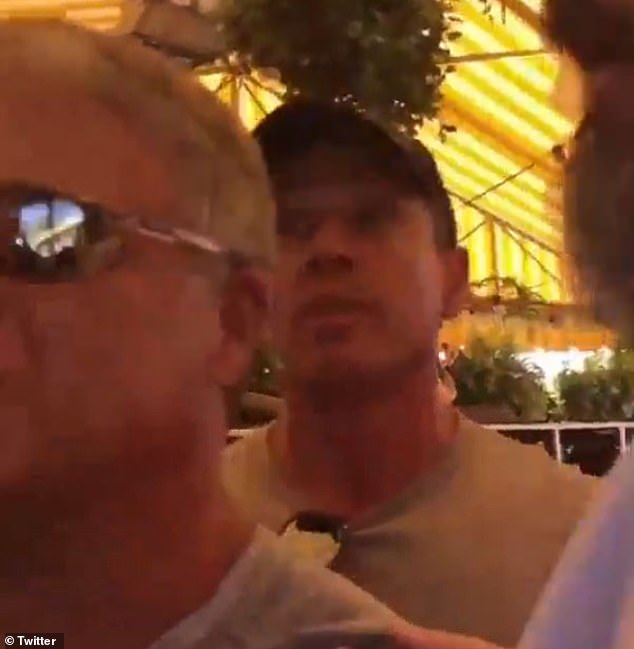 ‘My name is Chris Cuomo. I’m an anchor on CNN.

‘Fredo is from The Godfather. He was a weak brother. And they use it as an Italian aspersion.

At this point, another man who was with the Trump supporter being confronted by Cuomo remarks: ‘You’re a much more reasonable guy in person than you seem to be on television.’

‘If you’ve got something to say about what I do on television, then say it.’

Then the individual with the glasses says: ‘We don’t want any problems.’ 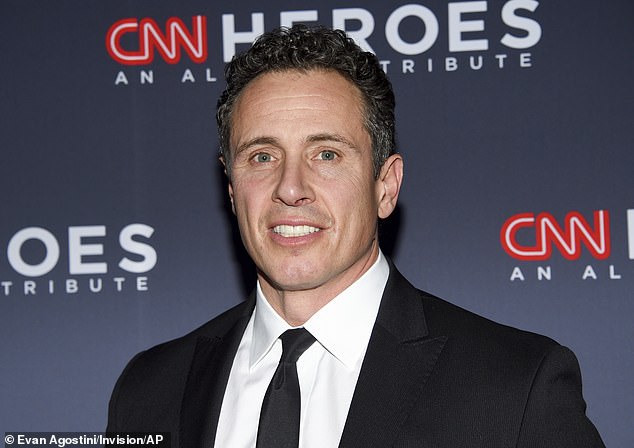 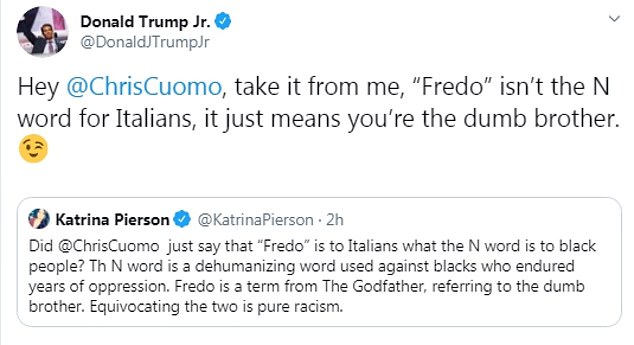 The man then insisted that he believed Cuomo’s name was Fredo.

‘I thought it was,’ the man replies.

At this point, it appears that a number of curious onlookers arrive and try to calm the situation.

One person not seen in the video appears to place his hands on Cuomo in an attempt to de-escalate the matter.

The man continues to insist that he thought Fredo was Cuomo’s real name.

On the YouTube page where the clip first appeared, it is claimed that the man in the video believed that Cuomo’s real name was Fredo because that’s how conservative radio personality Rush Limbaugh refers to him.

The man in the video is said to be an avid listener of Limbaugh’s show.

The video went viral on Monday, with the term ‘Fredo’ being one of the most trending topics on Twitter.

A spokesperson for CNN responded to the video by saying: ‘Chris Cuomo defended himself when he was verbally attacked with the use of an ethnic slur in an orchestrated setup.

‘We completely support him.’

CNN and its anchors have been frequent targets of President Trump and his supporters who say the network is ‘fake news’ and biased against Republicans.

After the video of the Chris Cuomo went viral on Monday, a number of pro-Trump social media users started the hashtag #FredoCuomo.

As Cuomo mentioned in the clip, ‘Fredo’ is a reference to the fictional character Fredo Corleone. 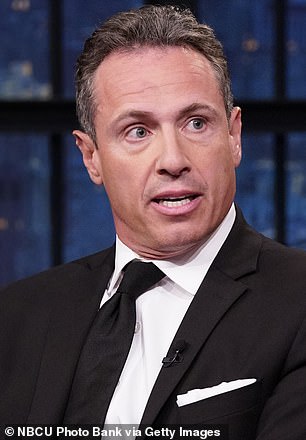 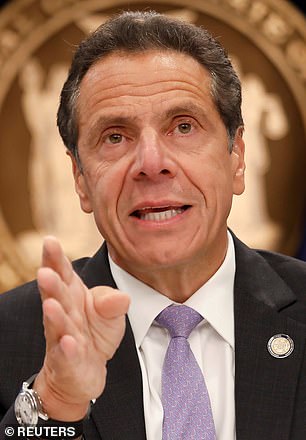 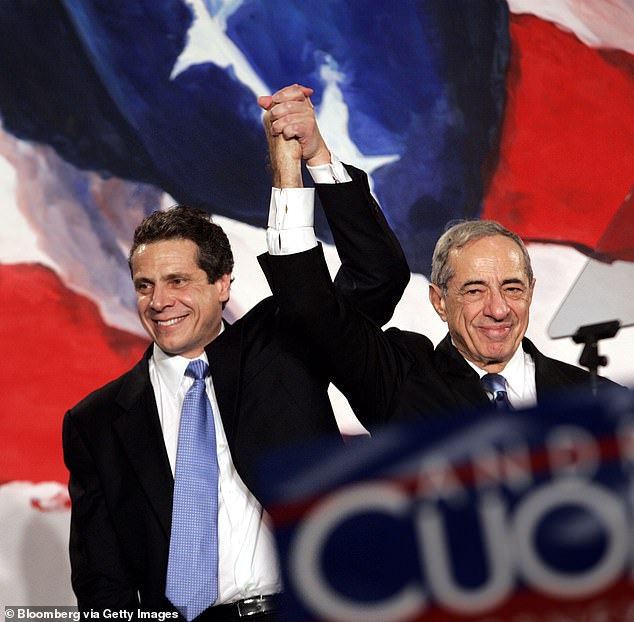 The Cuomo brothers are two of five children whose father was the late Mario Cuomo, former governor of New York. Andrew Cuomo and his dad are seen in November 2006 after Andrew was elected state attorney general 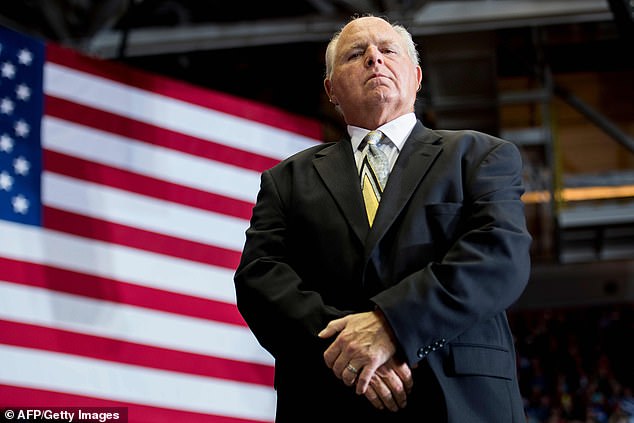 The man who called Chris Cuomo ‘Fredo’ said he heard the name on Rush Limbaugh’s radio show. The conservative talk show host is seen above at a Trump rally in Missouri in November 2018

In Mario Puzo’s The Godfather, Fredo is the dimwitted son whose father, Vito Corleone, passed down control of his organized crime business to younger brother Michael Corleone.

Fredo was played in the award-winning Godfather films by late actor John Cazale.

Ironically, the Cuomo-Fredo controversy erupted on Cazale’s birthday. Had he lived, he would have turned 84 on Monday.

His girlfriend at the time, Meryl Streep, was at his side throughout his illness.

The Cuomo brothers are two of five children whose father was the late Mario Cuomo, who served as governor of New York from 1983 until 1994.

Last year, Governor Cuomo oversaw the inauguration of the Mario Cuomo Bridge, which was the new name given to the Tappan Zee Bridge, the Hudson River crossing that connects Tarrytown and Nyack.