Chris Eubank Jr’s fight against Anatoli Muratov has been cancelled on the day the fight was supposed to take place.

The bout was supposed to headline the card as part of Sky Sports’ Saturday Fight Night at London’s SSE Arena tonight.

Muratov though is unable to fight in the bout after the British Boxing Board of Control raised concerns over his pre-fight medicals.

Sky Sports have confirmed the card will still go ahead tonight, with the European Welterweight Championship bout between David Avanesyan and Manchester’s Liam Taylor elevated to the headline bout.

Eubank now hopes to box on a rescheduled date later this month.

He commented in his Instagram story: ‘The fight is off tonight. My opponent failed a medical exam and now I’ll box at a rescheduled date this month.

‘Sincerest apologies to everyone that travelled and bought tickets, nobody is more disappointed than myself.

‘Life continues to throw these obstacles in my path but I’m a man of faith and in the end everything will work out the way it’s supposed to.’ 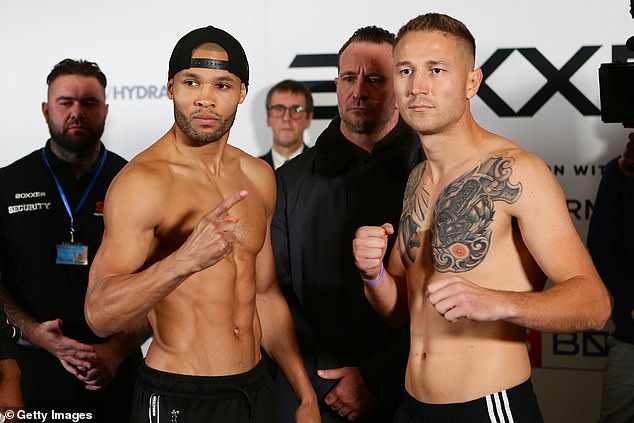 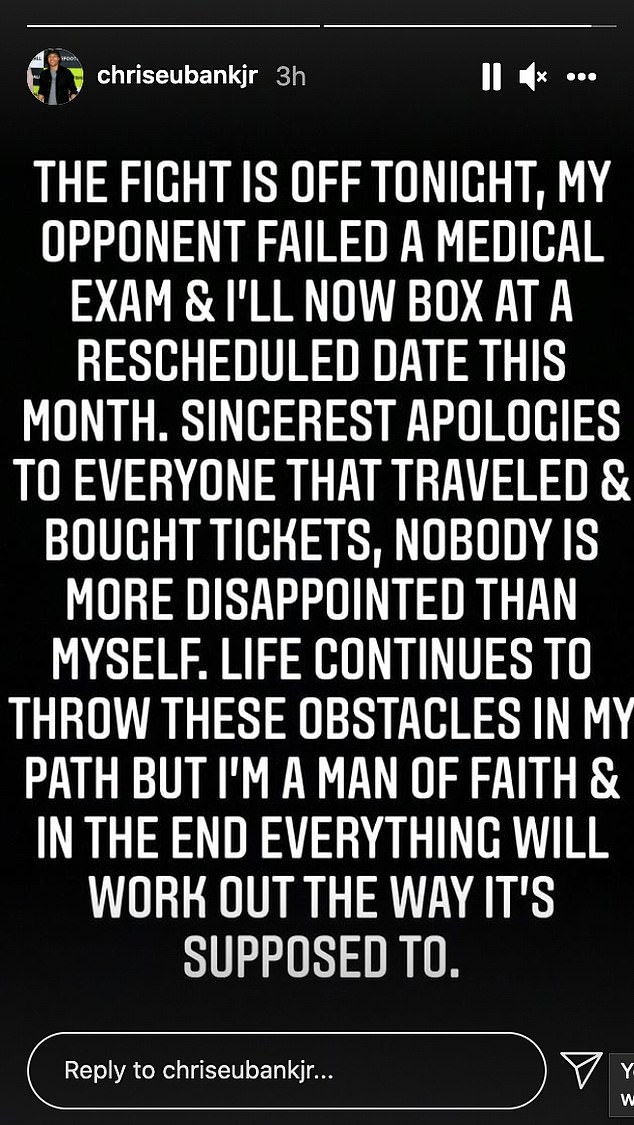 Eubank had originally been scheduled to fight German Sven Elbir on Saturday night.

However, Elbir had to pull out of the fight on Wednesday after testing positive for Covid-19.

German compatriot Muratov stepped up in his place, but unfortunately a fight won’t take place at all for Eubank.

The 32-year-old Brit has not fought since beating Marcus Morrison back in May this year.

Earlier on Saturday morning, Eubank posted a tweet dedicating the fight to his brother Sebastian who died back in July.

He posted a picture of trunks with brothers name on with the caption: ‘You have to fight no longer… so tonight I fight for you @SebEubank aka THE ALKALION.’

Eubank has declared himself ready to step in against Gennady Golovkin ‘as soon as possible’ if the middleweight legend’s December fight against Ryota Murata is called off because of Coronavirus in Tokyo. 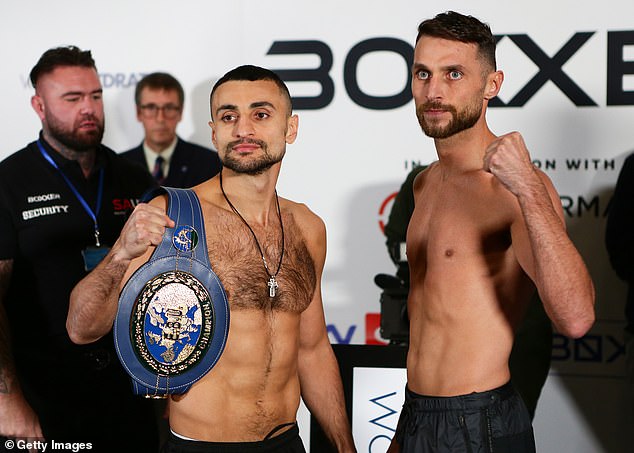