For millions of movie fans, Tim Allen will always be linked to Buzz Lightyear, the none-too-bright would-be astronaut that he voiced in 1995’s animated Pixar blockbuster Toy Story.

And Captain America star Chris Evans admits he was a little intimidated as he took on the role of voicing Buzz for the new Toy Story spin-off Lightyear, which opens around Australia this week.

When it came to delivering Buzz’s famous catchphrase, ‘to infinity and beyond,’ the 40-year-old hunk says he simply copied Allen’s version.

‘It makes you feel so nervous to hear yourself out loud – it almost feels wrong. It’s like trying to say “Bond, James Bond” and you’re like “nope, nope, nope – that’s for someone else”.’

Evans’ character in the Toy Story spin-off is not quite the dimwit that Tim Allen played.

In Toy Story, Buzz was merely a toy who thought he was an astronaut. 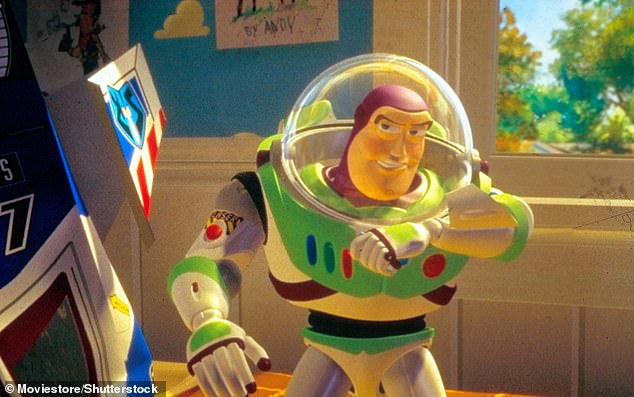 When it came to delivering Buzz’s famous catchphrase, ‘to infinity and beyond,’ the 40-year-old hunk says he simply copied Allen’s version

Lightyear, explains Evans, is supposed to be the movie the toy is based on.

In the plot of the new film, Buzz is a Space Ranger, marooned on a hostile planet, who tries to find his way home. The character is a bit smarter that the toy Buzz.

‘[Tim Allen] is Buzz Lightyear to me too – I grew up on these movies,’ Evans said. 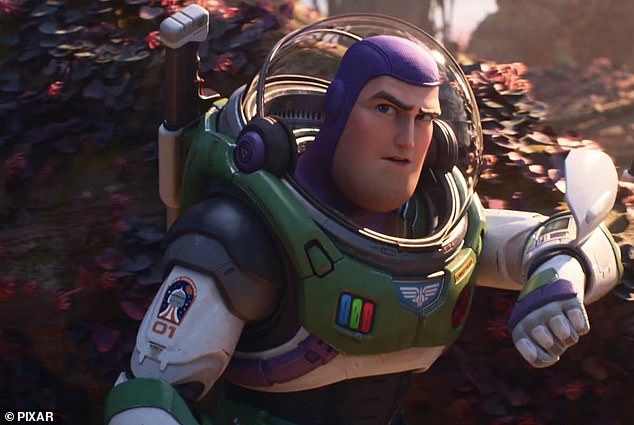 ‘So, you certainly want to use it as a template…And he did such a good job, I would be a fool to not absorb some of the choices. But at the same time you have to kind of make some kind of fresh track in the snow.’

Evans also recently reexplained the plot of the film almost two years after a tweet he initially put out was ridiculed by fans. 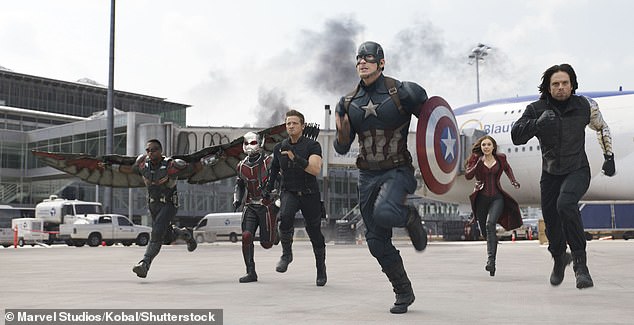 On Jimmy Kimmel Live! Friday, the actor explained it more clearly by using an anecdote about how the film was explained to him by the film’s director Angus MacLane.

‘It began by him saying, “So when I was a kid, I loved Star Wars.” The first slide was five-year-old Angus covered in Han Solo gear. And he said it was his whole world, he had all the toys, his friends loved it.

‘He said that when he first saw the first Toy Story and when Andy got Buzz Lightyear and all his friends knew who Buzz was, he wondered, what was the movie in their world that they saw that made Buzz such an icon. This is the movie,’ he said.

Evans will also been seen soon in the Netflix action-thriller The Gray Man, co-starring Ryan Gosling.

Based on the 2009 novel of the same name by Mark Greaney, with a budget of $200 million, it the most expensive feature film that Netflix ever made.

The Gray Man centers on Court Gentry (Ryan Gosling), a CIA black-ops mercenary who unwittingly uncovers some of the agency’s deepest and darkest secrets.

Evans plays Lloyd Hansen, an, ‘unhinged former colleague’ of Gentry who leads the international manhunt to kill him. 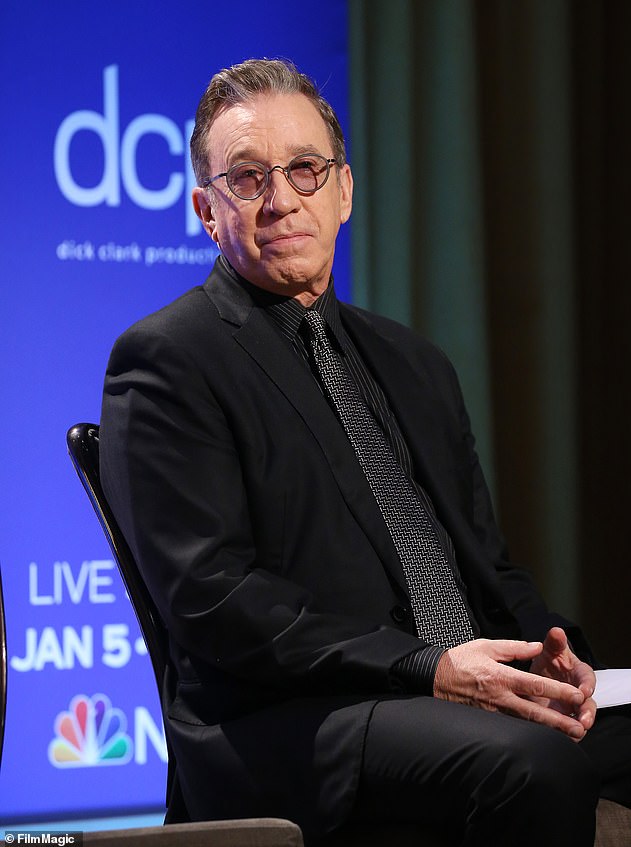 Chris Evans’ says his first attempts at Buzz Lightyear’s voice were heavily influenced by Tim Allen who voiced the character in all four of the Toy Story movies. Tim pictured in 2019