By Michael Powell and Holly Bancroft For The Mail On Sunday

Chris Evans and his friends were thrown out of a pub during a daytime drinking session after a young barmaid complained that someone had made a ‘highly offensive’ comment towards her.

They were celebrating with other staff after the audience for Evans’s Virgin Radio breakfast show passed one million listeners for the first time since he left Radio 2 last year.

Chris Evans and his boozy celebrity friends were kicked out of a pub after making a ‘highly offensive’ comment to a young female barmaid. (Pictured) Chris Evans holding two glasses of wine when he was greeting schoolchildren in 2016 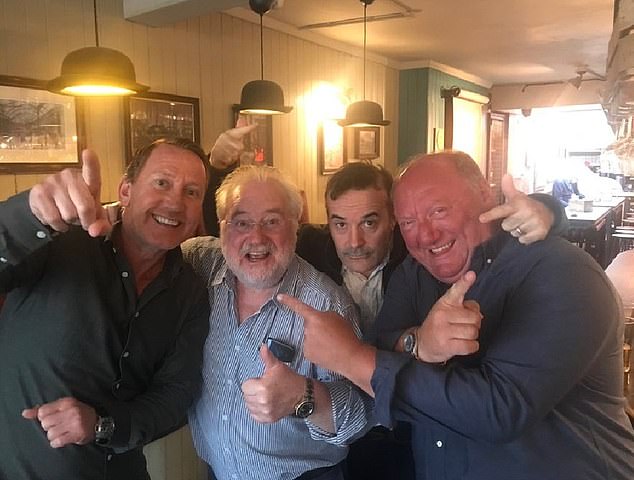 The group met for an afternoon drinking session to celebrate his breakfast show reaching more than one million listeners for the first time at the Wheatsheaf, London Bridge. (Pictured) Ray Parlour, Mike Parry, Paul Breen-Turner and Alan Brazil before they were ejected from the pub

The group had started drinking at the Wheatsheaf pub in London’s Borough Market on May 15 after Evans’s radio show finished at 10am. The pub, which was targeted during the 2017 London Bridge terror attacks, is close to the Virgin and Talksport studios.

Everyone was said to be in ‘good spirits’ and Parlour posted a picture on Twitter shortly after 1pm of him with Brazil, Parry and former Talksport presenter Paul Breen-Turner inside the pub.

However, the high jinks were allegedly cut short when a member of staff became upset over a comment made towards her.

Staff at the Wheatsheaf told The Mail on Sunday that a ‘highly offensive’ remark was made to a young barmaid, but added they ‘just can’t talk about it’ – leaving it unclear who made the comment, or what was said. But one worker said: ‘It was deemed suitably offensive for us to ask them to leave. We won’t allow a member of staff to be spoken to in that fashion.’

Just after 6pm that day, Parlour uploaded a bizarre video of Brazil wandering around a Waitrose supermarket in Canary Wharf, wild-eyed and clutching a glass of red wine. After Parlour slurs at him incoherently, Brazil laughs and says: ‘Ray, are you feeling OK?’ 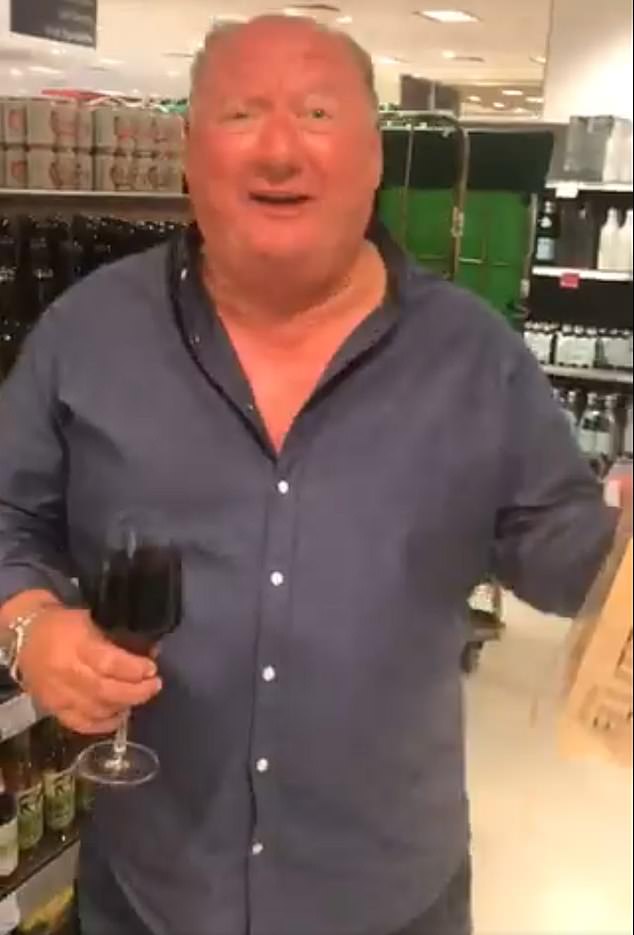 At around 6pm, after being kicked out of the pub, Ray Parlour uploaded a bizarre video of Alan Brazil holding a glass of wine as he walks around a Waitrose in Canary Wharf 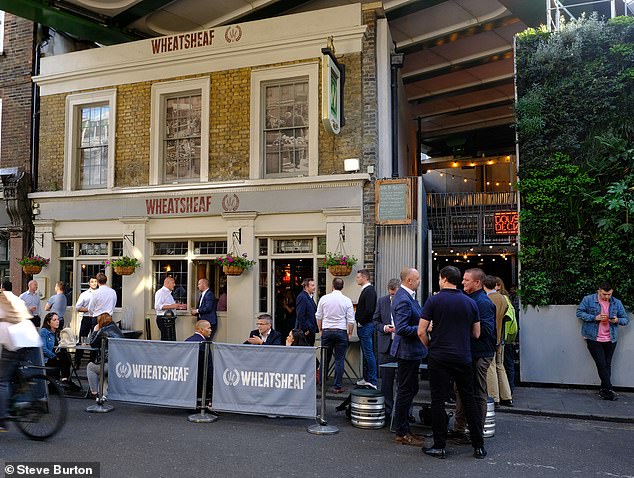 Staff at the Wheatsheaf told The Mail on Sunday that a ‘highly offensive’ remark was made to a young barmaid, but added they ‘just can’t talk about it’ – leaving it unclear who made the comment, or what was said

A source at Wireless Group, which owns both radio stations, confirmed the party had been asked to leave the pub but said none of the hosts was at fault, adding: ‘It was a group of 15 to 20 people, including production staff. As far as I know the presenters were not near the bar.

‘We’ve been in touch with the pub and there is no complaint. They said they’d welcome them back.’

Brewery Young’s, which owns the pub, declined to comment, as did Evans’s spokesman. Brazil, Parry, Parlour and Breen-Turner did not respond to requests for comment.