His character Captain America is inseparable from his best pal Bucky.

But it seems Chris Evans cannot bear to be apart from his pet pooch Dodger after he was spotted bringing him along as filming continued on the latest Avengers movie in Georgia on Tuesday.

The 36-year-old was pictured straining as his excited mutt strained at the leash as they made their low-key arrival to the Fayetteville set.

Move over Bucky: Chris Evans brought his best friend Dodger to the set of Avengers: Infinity War in Georgia on Tuesday

The star was looking as trendy as ever in a blue casual jacket, baggy trousers and white trainers.

He was no doubt extremely excited to be slipping into his tights, or rather extremely tight leather costume, for his ninth cinematic outing as Captain America in the past six years

Over the weekend his castmates for the Avengers movies were glimpsed on Saturday turning up to filming.

Karen Gillan was photographed in full blue prosthetic as Nebula, and Mark Ruffalo was spotted in what appeared to be his motion capture suit to play The Hulk.

Don Cheadle, Jeremy Renner and Paul Rudd were seen at that day’s shoot as well.

As Karen, 29, has explained to Den Of Geek, the third and fourth movies in the series – Avengers: Infinity War and Avengers 4 – are being shot in one go. 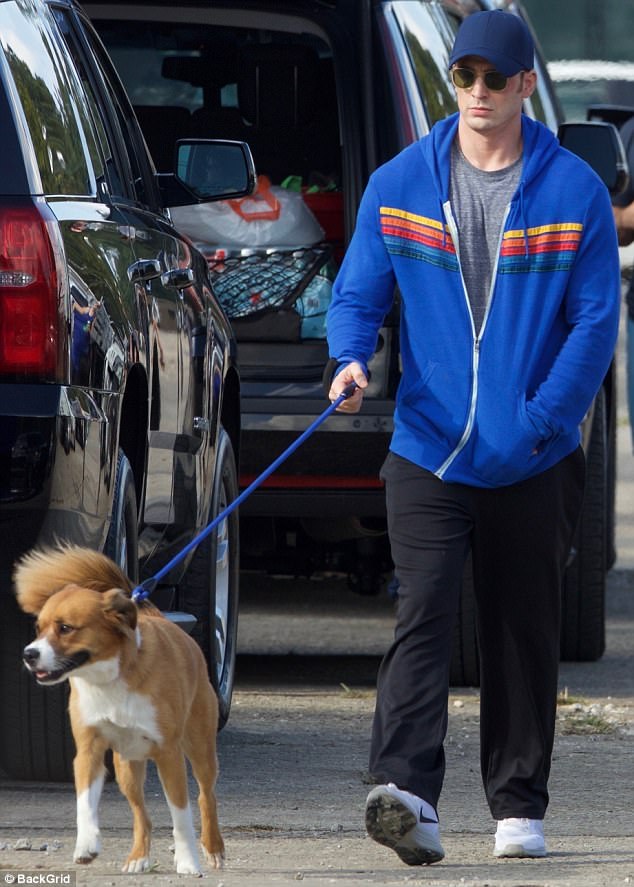 Straining at the leash: His adorable pooch looked like he could hardly wait to get on set 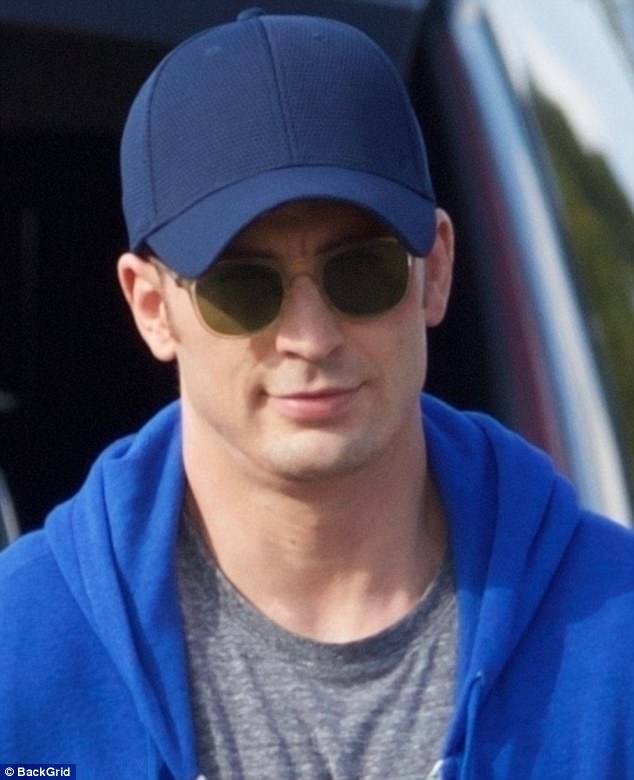 Here we go again: Chris looked thrilled to be filming yet another superhero movie 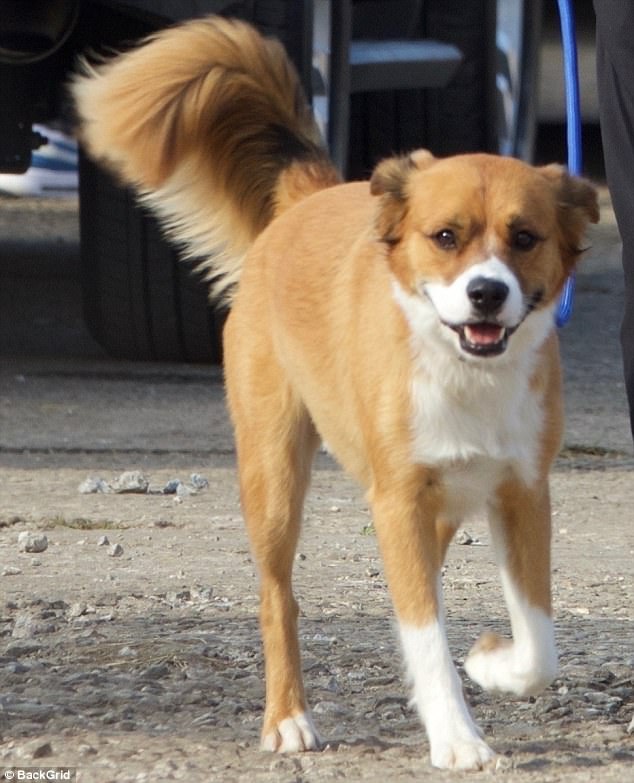 The Littlest Avenger: But the novelty still has not worn off for adorable Dodger

When she was seen on Saturday, her Nebula costume was a half-sleeved walnut brown top over skintight darker brown trousers and a pair of boots.

Karen began playing Nebula in the Guardians Of The Galaxy movies – multiple characters from which are featuring in these next two Avengers titles.

The 52-year-old showed off his toned arms in a pale grey T-shirt worn over dark jeans, and appeared to be checking his phone as he headed on his way. 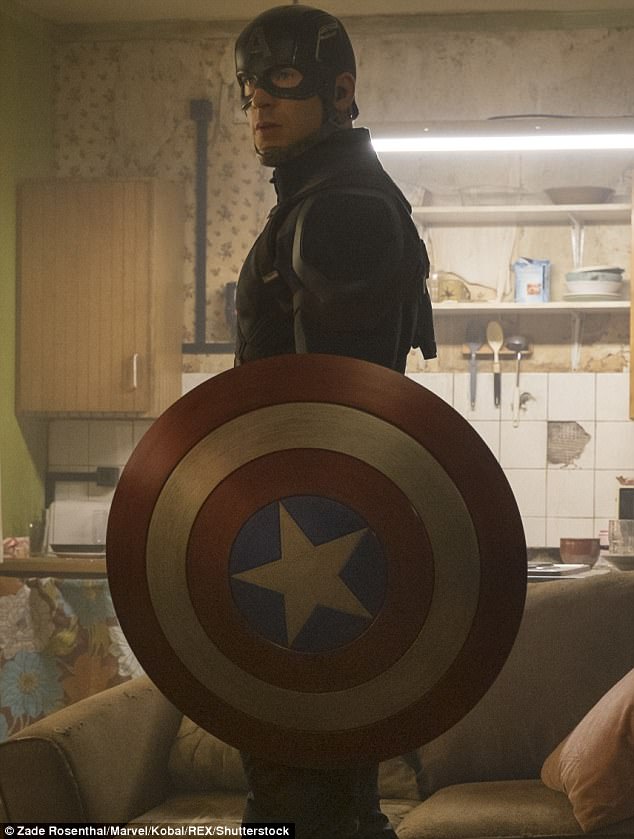 Production line: He is making his ninth cinematic outing as Captain America in the past six years 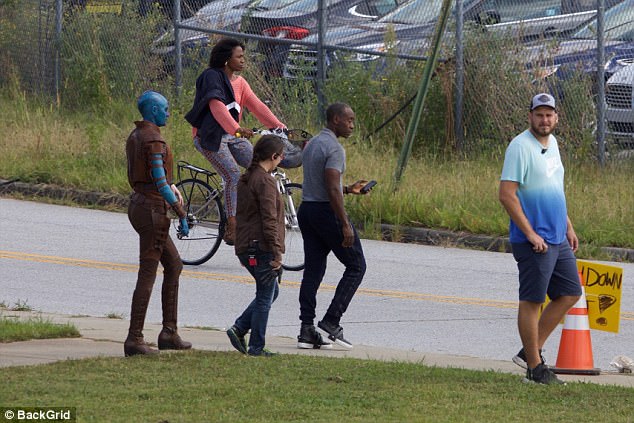 On the go: Karen Gillan was spotted in full blue prosthetic as Nebula, walking not far behind Don Cheadle, who plays War Machine

Jeremy, who plays Hawkeye, had multicolored designs swirling over his left arm.

The 46-year-old hunk modeled a chic pair of sunglasses and skintight black trousers, draping his musclebound torso in a dark grey T-shirt.

Paul pulled of a relaxed style, leaving a couple of buttons of his navy shirt undone over his powder blue T-shirt and folding his sleeves up to the elbow.

The 48-year-old plays Ant-Man in the Marvel Cinematic Universe.

Avengers: Infinity War is due out in American movie theaters next May 4, but it’ll be out April 25 in several countries including Australia, and April 27 in Britain. 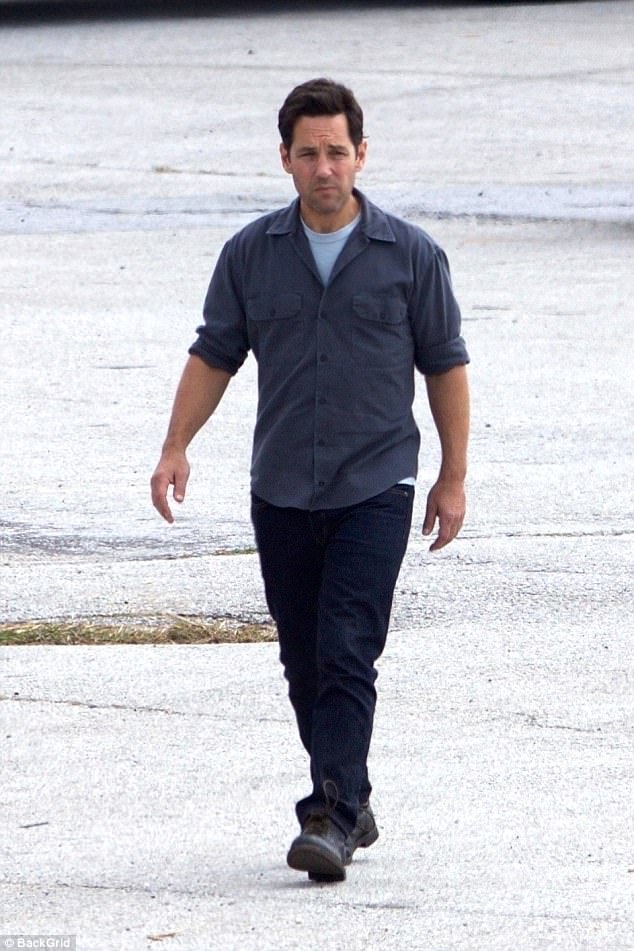 Dashing: Cast members of the Avengers movies, including Paul Rudd who plays Ant-Man, were glimpsed on Saturday turning up to filming in Fayetteville, Georgia 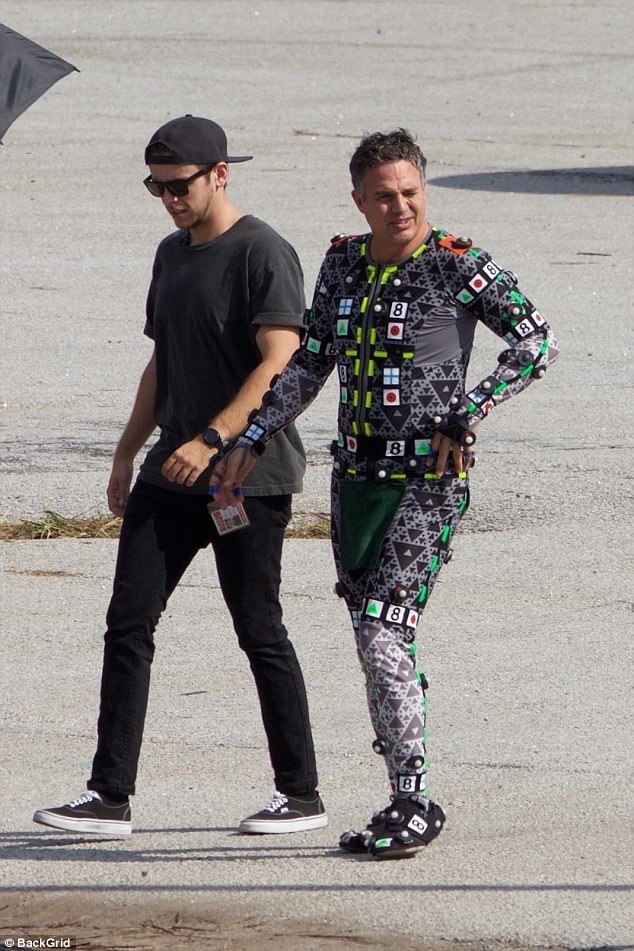 Behind-the-scenes: Mark Ruffalo was spotted in what appeared to be his motion capture suit to play The Hulk

Karen described the shoot to Den Of Geek: ‘It’s been going since January, and it goes right up until December. And then it goes into reshoots – like immediate, more additional photography – next year. So it’s like an ongoing thing, which is really cool, because it feels like a whole family now.’

Among her other upcoming films is Jumanji: Welcome To The Jungle, and she’s noted: ‘There were a lot of crew members who were on Jumanji who’ve gone onto [Avengers]. So I’m just like: “Okay, this really is my next family.”‘

This multiple-films-at-a-stretch tactic isn’t new in fantasy franchises – Peter Jackson’s The Lord Of The Rings trilogy famously had one long, sprawling period of principal photography, followed by a separate stretch of pick-ups for each film.

Another example is the second and third Pirates Of The Caribbean films – subtitled Dead Man’s Chest and At World’s End, respectively – which were also shot in one go. 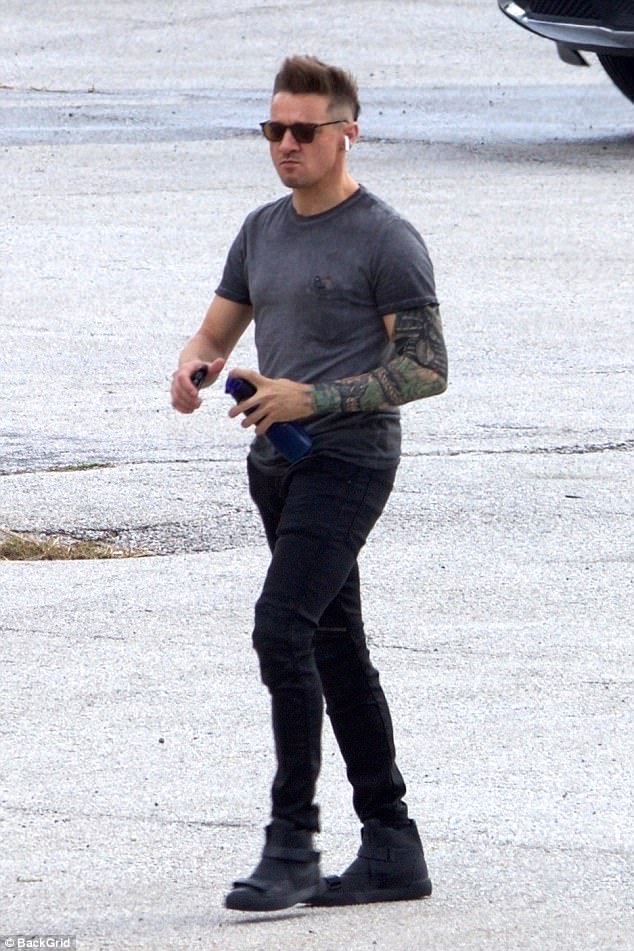 Workaday: Jeremy, who plays Hawkeye, had multicolored designs swirling over his left arm