It’s time I declared that I am a committed remainer. Not as far as our status in the EU is concerned, but regarding my own status here in the UK. With the kids on half-term, staycations continue to grow ever more irresistible, while ports and airports become ever more repugnant.

Airbnb, Onefinestay – and my personal favourite, bedsonboard.com – along with our legendary, ever-improving B&Bs, campsites, caravan parks and coastlines, mean there’s never been a better time to plan and book exciting, adventurous, inexpensive family breaks without the need to remember where you last put your passport.

A pal of mine whisked his family down to Somerset for a cider festival in a rented motorhome, another mate made off to a country cottage in Gloucestershire last weekend and a family-run hotel in Snowdonia this weekend, while Big Chris, my CarFest partner, did precisely what we did: headed into London with his mob to play tourists for a few days. 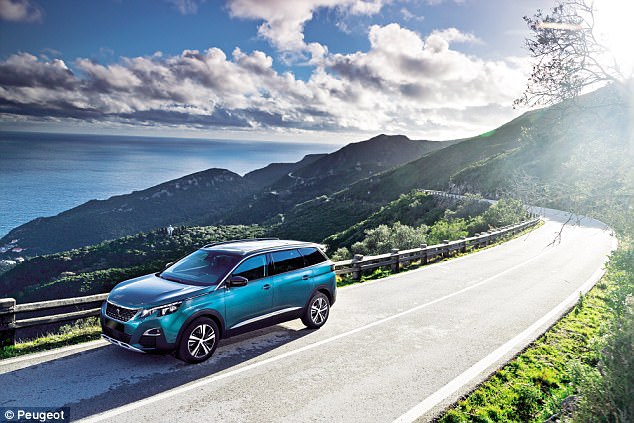 Out on the road, the Peugeot 5008 is by no means quick, but nor is it left wanting 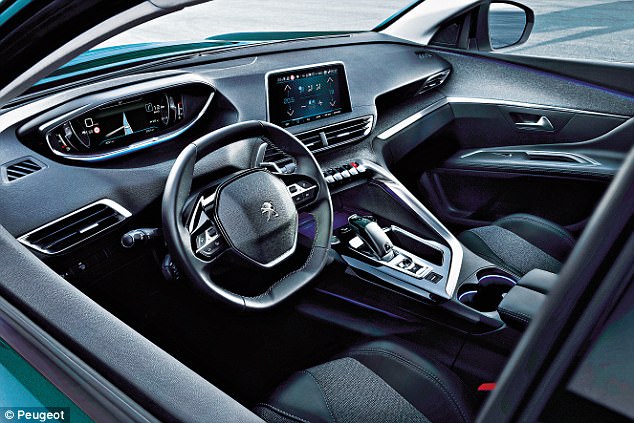 The design is a delightful mélange of sharp and confident, with futuristic lines and tantalising textures. The epicentre of which is the mission control-style command centre 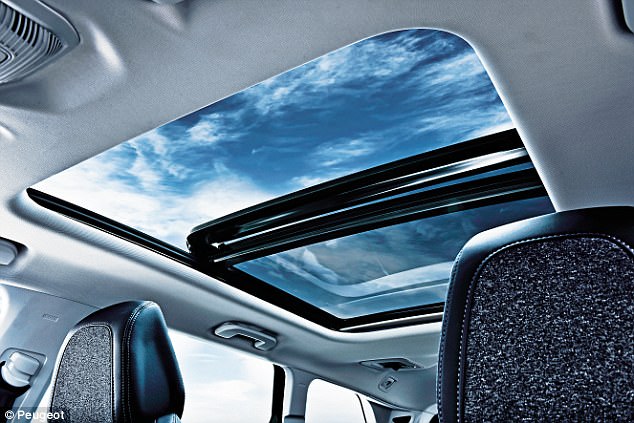 Between us, we devoured two musicals (Aladdin and Wicked) a night with the Royal Philharmonic, one footie match (Chelsea v Everton), half of the Royal Parks, Covent Garden, Christmas shopping, a large chunk of the museums and some outstanding eateries.

The best posh nosh we chanced upon was at a new Greek restaurant by the name of Meraki, where the food is to die for and tables already hard to come by. Tom PB (he of the following pages) must surely have it on his radar. He could also do a lot worse than grab a cheeky bite at the best value-for-money place we found by miles.

Homeslice Pizza in Covent Garden is a solid gold gem. Such a simple concept. One giant, freshly made bespoke pizza, easily enough for four: £20. No knives, no forks, just paper plates, recycled serviettes, groovy music, cool staff, a couple of local guest beers and tap water or soft drinks for the smallies. A-mazing. Better still, it’s just around the corner from our favourite museum, the London Transport Museum.

What a joy, free for kids and just £17.50 for grown-ups – for the WHOLE YEAR. Inside, there are proper, full-size steam trains, including the first-ever underground train, also steam-powered. Plus an original horseless omnibus from 1907, the model that supplanted the woefully lacklustre 1900 model, which suffered the indignation of regularly being overtaken by its horse-drawn rivals.

That is, until a range of much more efficient hybrid petrol/electric engines were introduced. That’s right, similar to the ones we have recently returned to more than 100 years later. Don’t you love progress?

Talking of which, in among all of these high jinks came the introduction last Monday of the London T-Charge, ‘the severest pollution tax on the planet’. A tax my mum thought had already come into effect 25 years ago, when she was first asked to cough up £2 for a polystyrene cup of Rosie Lee from a cafe behind Harrods…

But seriously, what a palaver. Hardly anyone knew it was happening at all until it was all over the news at the last minute. Then, once people got the gist of what might be going on, few knew whether or not their cars were guilty of whatever it was they might be doing wrong.

Apparently, there’s a website. God bless the internet. And so how apt this week we are taking a look at a potentially perfect staycation, T-Charge  exempt, family battle bus, the Peugeot 5008 SUV. A vehicle that, on first inspection, comes over all a bit Land Rover Discovery. The new Discovery, that is, the one most people can’t stand.

Admittedly, it’s not quite as bulbous at the back, but it’s certainly getting there. The reason for which is… ta-da! An extra row of seats. Welcome to the latest in a burgeoning class of comfy seven-seaters. Well, almost.

The thing is, there is a slight wrinkle concerning the second row of three, a beautifully composed trio of identical perches with tons of legroom, where the headroom has been quite seriously compromised for anyone six foot or over.

The third row, on the other hand, is not so hot on legroom but spookily fine when it comes to headroom. Such a mysteriously inconsistent combo could well end up being a deal-breaker for some taller folks. 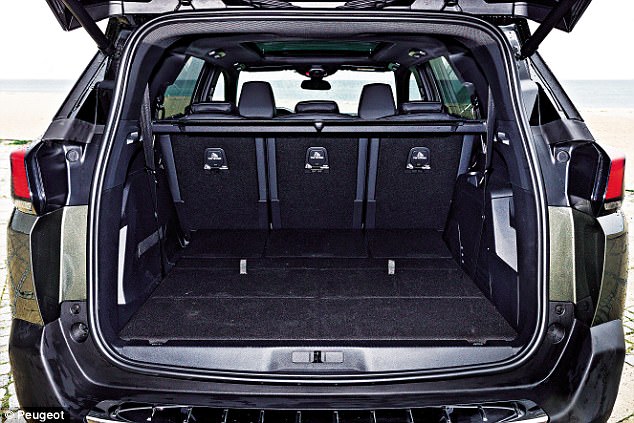 Should seats six and seven be deployed, the gargantuan boot space is reduced to comparatively nothing

There is also the issue that the more people you have on board, the less room there is for luggage. Should seats six and seven be deployed, the gargantuan boot space is reduced to comparatively nothing. Nevertheless, up front the interior is très chic indeed. I mean, lovely. More akin to something out of Savile Row than a big smelly car factory.

The design is a delightful mélange of sharp and confident, with futuristic lines and tantalising textures. The epicentre of which is the mission control-style command centre fashioned around the driver. This could so easily have ended up feeling oppressive and claustrophobic but works a treat.

Another nice touch is the padded comfort that awaits all elbows and knees. Not rocket science, I know, but it’s amazing how often such simple creature comforts are overlooked. And there is yet more common sense when it comes to storage space, in particular the huge door bins, a cavernous, air-conditioned central compartment, as well as – get this – secret squirrel underfloor cubby holes.

And the fun doesn’t end there. How about the little treat button, the one with the image of a human head crowned with a halo of dots? This represents the ‘multi-sensory ambiance’ programme with its choice of bespoke fragrances, seat massage settings, mood lighting and music tones. Ooh la-la!

The first thing one notices after jumping behind the wheel is the low-slung mini steering wheel itself. This takes a bit of getting used but ends up being a welcome change, as it affords the driver an uninterrupted view of the swanky, all-singing all-dancing 12.3in info/gauge screen. Visibility out front is fabulous.

My test car was the 1.2-litre turbocharged three-cylinder petrol version with a six-speed manual gearbox (other, beefier options are available, along with automatic transmission). Out on the road, the car is by no means quick, but nor is it left wanting. In fact, it’s so happy in its own skin that I lost count of the times I thought I was cruising in sixth gear when I was actually in fourth with two gears still in reserve.

That said, things became a little less impressive where ‘lane assist’ was concerned, thanks to a rather zealous auto-correct system that was more like an invitation to a tug of war than a friendly ticking off and a gentle tickle back into position. 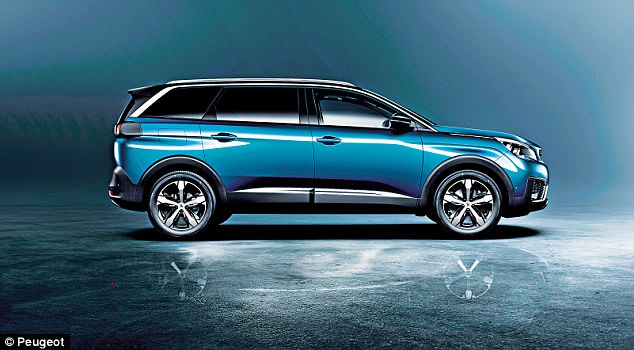 On first inspection, this car comes overl a bit Land Rover Discovery. The new Discovery, that is, the one most people can’t stand

Overall, for £28,195 this car has to be a serious contender for anyone on the hunt for a good-looking, mid-range, seven-seater family SUV. The car I drove totalled £32,620. That was for the added luxury of beautifully trimmed, super-classy, leather electric seats and massage pack, plus the roof-long panoramic sunroof to beckon in Mother Nature.

The only real issue remains that headroom glitch above the second row. Why would a company as experienced as Peugeot get something so vitally important so glaringly wrong? Or perhaps, as far as they are concerned, they haven’t. The average height of a UK male is 5ft 9in, whereas monsieur Average French Bloke is an inch-and-a-bit shorter. Voilà!