‘Being on the radio is a privilege and an honour’: How Chris Evans makes three hours of breakfast radio go with a bang

1. Remember how lucky you are

Being allowed on the radio is a privilege and an honour. I cup the microphone like it’s a precious Fabergé egg each time I enter a studio to remind myself never to take such a gift for granted.

This is not what radio station microphones are for. Listening to someone in a warm, comfortable radio studio moan, while the rest of the world is out there doing proper jobs for a living, is the ultimate turn-off. I used to do this because I thought it was cool. It wasn’t, it was stupid and self-indulgent.

3. Make the big little and the little big

Take a rock star and treat them like someone who has called up to request a song for their mum. Take a listener and stick them on stage in front of tens of thousands of people. I’ve done both, many times, and it always works like a dream.

It’s my job to help remind everyone that life is generally amazing. The best thing about hosting a breakfast show is that you get to your listeners before the rest of the world has a chance to put them off their stride. A positive first half-hour can subconsciously programme one’s whole being into the best state of mind for making the absolute most of another fantastic day on planet Earth.

5. Be yourself, just turn up the colour and brightness knobs

It’s impossible to be on the radio every day pretending to be someone who you are not. Among other things, it would drive you insane. Besides, what would be the point? My new breakfast show on Virgin has to be me, just like on the BBC, same goes for Vassos [Alexander, sports presenter] and the rest of the team who are coming with me. As the great Sir Terry Wogan said: ‘They either like you or they don’t!’

6. Reflect the day… and the world

As the world is a mirror to each of us (we see the world as we are, not as it is), the radio is the aural version of that same mirror. We wake up, we turn on the radio, we immediately have a sense of the world that awaits us.

It’s no coincidence that after eight years at Radio 2 I ended up being the average age of my audience – or rather, they ended up being the same age as me. Go to any popular pub or gym and see how much the staff have in common with their regulars. It’s easier to talk to people who find the same things interesting as you do, as opposed to having to pretend, which is a) exhausting, b) never going to work in the long run.

8. Once you have created a backdrop of certainty, then you can afford to be spontaneous

Some mornings the world takes over and we just rip everything up and go where life is telling us we need to. Recently we have been focusing a lot on the things in life that really matter over and above the material and mental clutter that certain companies want us to become more and more addicted to. ‘Worry-free Wednesdays’ have suddenly popped up from nowhere, closely followed by ‘Guru Thursdays’ and ‘Don’t Fear The Woo Woo Fridays’. 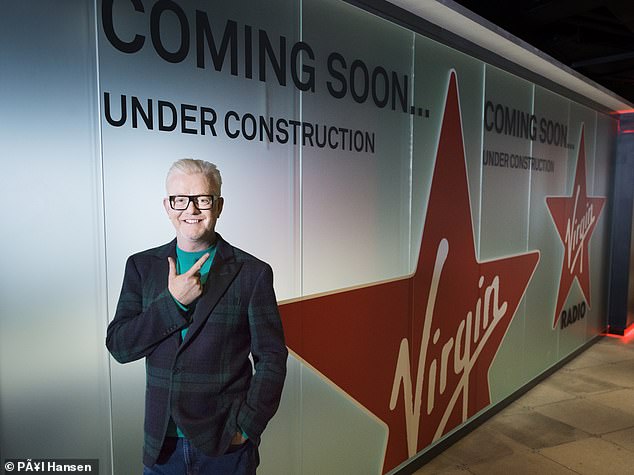 Being allowed on the radio is a privilege and an honour. I cup the microphone like it’s a precious Fabergé egg each time I enter a studio

9. Fail to plan and you’re planning to fail

I use a method where I draw a clock – I use a CD to draw around – and then fill in all the things that ‘have’ to happen at the corresponding times – news, travel, sport etc – and see how much time we have left for music and fun. It’s simple, and it works.

There’s nothing more reassuring, exciting and inspiring than being greeted with an embarrassment of riches by your team when you enter the studio. Surprise guest bookings, music exclusives, whatever it is, the more you have to play with, the less pressure, the better the flow, the more naturally and organically everything comes together.

‘The Chris Evans Breakfast Show’ on Virgin Radio begins at 6.30am on Monday, January 21. Virgin Radio is available on DAB, online at virginradio.co.uk and on the Virgin Radio app