CHRIS FOY: Alun Wyn Jones has to start as captain for the Lions… the leader is a risk worth taking

The Lions players were off duty on Sunday but there was no rest for the coaches. They had a momentous meeting in the diary and it was bound to have dragged on for hours.

The time has come for Warren Gatland and his assistants to make some big decisions. There would have been several pressing items on the agenda, starting with the captaincy.

Alun Wyn Jones appeared to prove in his 26-minute comeback appearance against the Stormers on Saturday that he has already recovered from a dislocated shoulder in just three weeks.

He didn’t do much but he did enough, just by taking his fair share of contact. There were no signs of discomfort.

The veteran Wales lock has not had enough game-time, of course, but the Lions management will trust the 35-year-old’s judgment, and if he says he is ready to play a Test against the Springboks, they will believe him.

Now he is here, it surely makes sense to pick him to start as captain. Jones is not someone to rush back into the squad just for him to watch from the stand. And he is not someone who would explode off the bench as an impact replacement.

He is a leader and talisman with an aura and presence — a figure capable of inspiring the men around him, engaging well with the officials and antagonising the opposition. He is a risk worth taking next weekend.

The last Lions tour provides a cautionary tale. Peter O’Mahony captained the B side in the series opener and it just wasn’t right. The decision backfired. When Sam Warburton was fit to be reinstated, the Lions came alive. 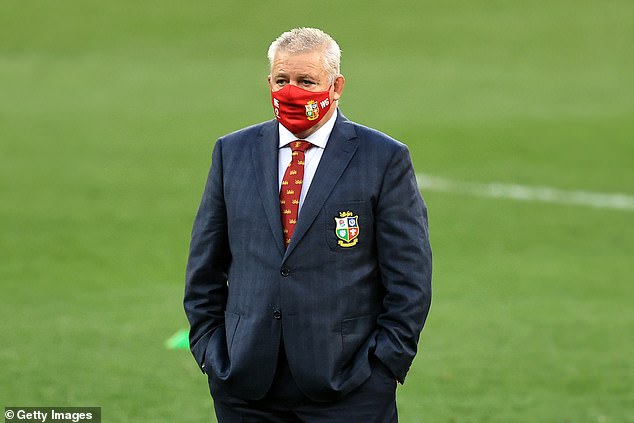 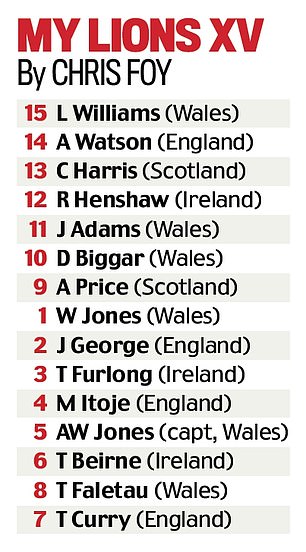 For all the talk of leadership groups, the captaincy still matters. Gatland and Co have to get it right this week.

But they have many issues to address and many of them are interlinked. Conor Murray was chosen to deputise for Jones, on the basis that he was a front runner to start the Tests.

But the Irish scrum-half has not appeared to relish the role. His form has been modest at best and he has been upstaged by Ali Price.

The Scot was superb again on Saturday and must start against the Springboks.

There are also other captaincy candidates at hooker but that position has been blown wide open by Luke Cowan-Dickie’s tour de force against the Stormers.

It was one of the standout individual displays of this campaign and prompted a gushing tribute from Schalk Burger about how Cowan-Dickie reigned over the breakdown like an auxiliary flanker.

This is one of the trickiest calls. They have three fine candidates but it may make sense to start with Jamie George, for his lineout-throwing expertise, his experience and leadership, then unleash Cowan-Dickie from the bench, early, against a tiring home defence.

Wyn Jones has done enough to earn the No 1 shirt, while Tadhg Furlong was more assertive in the Stormers match and is surely destined to be the starting tighthead. If Alun Wyn Jones is picked in the second row, it will be alongside Maro Itoje, in a reprisal of the 2017 lock alliance.

The back row is an area of remarkable strength but Tadhg Beirne perhaps has a slight edge over Courtney Lawes at blindside, due to his breakdown prowess, although Lawes is the better carrier.

Hamish Watson’s final audition was not compelling enough to oust Tom Curry at openside. Expect Taulupe Faletau to be chosen on reputation at No 8, despite Jack Conan challenging so well.

That would be a selection founded on hope and trust, and the Lions will have to resort to several of those.

Robbie Henshaw’s return from injury on Saturday was not the most convincing, as Gatland acknowledged. But he may be the best bet in a problem position. 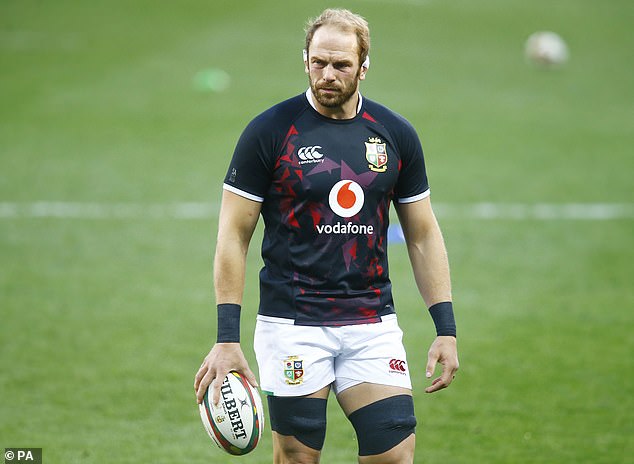 Bundee Aki is a strong runner who could provide a buffer against Damian de Allende, but he does not have quite the repertoire of Henshaw.

Picking Owen Farrell in a 10-12 partnership with Dan Biggar would be a major gamble as it is an untried combination. When the England captain lined up outside Finn Russell, the ploy failed and Farrell has not fired since.

Leaving him out of the 23 entirely would be a shock, but Marcus Smith would offer more as a creative reserve capable of changing a game with attacking audacity.

The Lions management will be wary of taking on South Africa without Farrell, but Gatland won’t duck a tough decision. It should be Chris Harris at 13, on form. And it should be Henshaw in between.

The back-three equation is complex but Liam Williams should be nailed-on at full back if he recovers from a head knock.

Out wide, Josh Adams was off-colour against the Stormers but has vast credit after his try-scoring blitz at the start of the tour. The Cardiff wing is a near-certainty to start.

Duhan van der Merwe has run amok against weaker teams but the Boks would believe they could target his defensive positioning and unsettle him with a high-ball onslaught, so Anthony Watson is the better option on the other wing.

While South Africa A’s defeat by the Bulls on Saturday was a jolt to the Springbok camp, they will continue to fine-tune a simple yet effective gameplan.

The hosts may be without captain Siya Kolisi and Lood de Jager, as well as the great No 8 Duane Vermeulen, but they still have plenty of experience, leadership and class.