Resplendent in his pink jersey, and on a special pink bike, Chris Froome paraded past Rome’s landmarks, through the old city, whizzing by the Colosseum and pulling into the shadows of the Capitoline museums.

Raising an arm aloft as he crossed the finish line in Piazza Venezia, a smile beamed out.

Taking to the podium, there would be no repeat of Friday’s slapstick where two supporters chased Froome with a giant inhaler and he also avoided Saturday’s scenes where a spectator appeared to spit in his face. Instead, selfie sticks were raised, camera phones flashed and the cheers went up.

Outwardly at least, Froome gave an impression of unrequited joy. This should be among his greatest days. 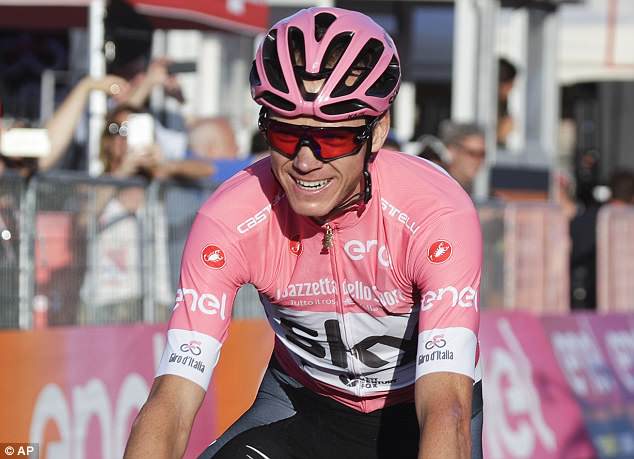 Froome is the first Briton to win the Giro d’Italia and the third man in history after Bernard Hinault and Eddy Merckx to win three Grand Tours in succession — the Tour de France, the Vuelta a Espana and now the Giro.

‘It’s immense to be mentioned in the same light,’ Froome grinned.

The 21st and final stage in Rome was always set to be a procession, but that was emphasised when it was neutralised after three laps due to concerns over Rome’s cobbled streets. So the general classification was frozen while Ireland’s Sam Bennett, of the Bora Hansgrohe team, won the final sprint for the line.

For Froome, his sixth Grand Tour success was an unlikely victory. He suffered a hip injury when he crashed before the first stage in Jerusalem, fell again on stage eight, and fellow Briton Simon Yates wore the pink jersey with distinction for two weeks.

Yet Froome’s triumph is fraught with caveats. To recap, he is battling to clear his name after producing an adverse analytical finding for salbutamol during the Vuelta a Espana last September. If he cannot produce evidence to explain the finding, he may be stripped of his Vuelta victory and face suspension.

Froome, who dedicated this win to his unborn daughter, who is due in August, insists he will be exonerated: ‘Throughout my career, I have done absolutely everything I can to show people I am doing things the right way. I have gone above and beyond, providing more data than my rivals.’

Yet some did not want Froome to compete in this race at all. David Lappartient, president of the International Cycling Union, called for Team Sky to suspend Froome until a verdict is reached. Tom Dumoulin, who finished second, has echoed that view.

The concern was compounded by Froome’s extraordinary 80km attack on Friday to overcome Yates. New Zealand rider George Bennett looked astonished and declared Froome had ‘done a Landis’ — referencing the American Floyd Landis whose similar assault in 2006 was swiftly followed by a failed drugs test. Bennett subsequently insisted his comments were intended as a compliment.

Froome knew the cynics would take note. ‘I don’t ride according to what Twitter trolls are going to write about. That has no bearing whatsoever on how I ride my bike. I have no doubt this result will stand the test of time.

‘People are very quick to jump to conclusions when, actually, I made up more time on the descents on Friday than on the climbs or the flats. They were actually closing on me on the climbs. How can people say that I was going too fast on the climbs? They have gone on emotion.’ 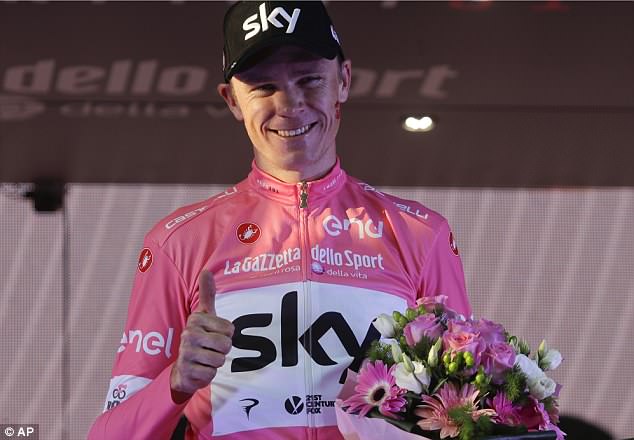 ‘It’s a dream to be here in the pink jersey,’ said Froome. ‘For a cyclist there is nothing greater’ 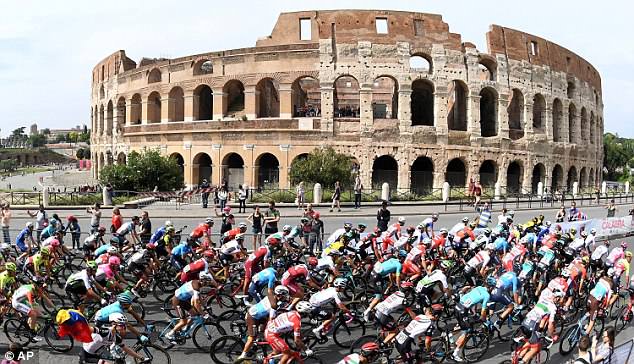 Emotion, perhaps. But cynicism is hard to shift. The concerns of his critics will only intensify after Froome confirmed he wants to race in the Tour de France.

‘I’m going to keep things tidy tonight with recovery in mind,’ he said. ‘I think it is possible to now try to win a fifth Tour de France title.’

Back in January, Romain Bardet, the cyclist who finished third in last year’s Tour de France, asked: ‘How can our sport be credible if the No 1 rides the Tour de France with the possibility of being retroactively sanctioned?’

Within months, Froome could be cast as yet another who pushed the boundaries and deceived a sport. Or he could be reprieved, and his mitigation could be accepted.

The medical explanation will need to be good, though, as observers wonder how Team Sky, those masters of detail and marginal gains, contrived to leave Froome with double the permitted level of salbutamol in his bloodstream during the Vuelta.

Froome insists it has never crossed his mind not to compete. ‘I am certain that when people have the same information as I have,’ he said, ‘they will understand why I decided to continue.’ 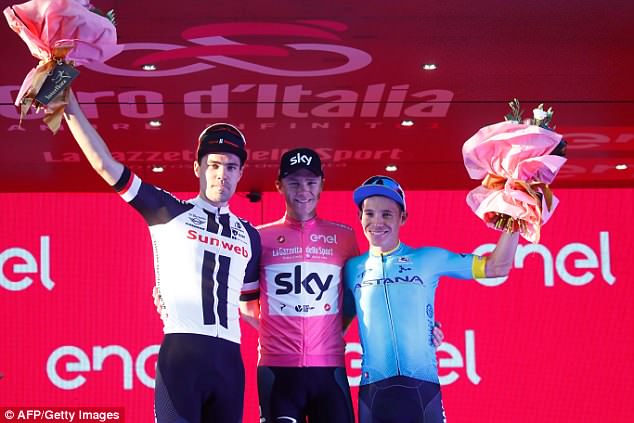