Australia’s struggling tourism industry may soon be on the road to revival with a helping hand from some of the world’s biggest stars.

The federal government has announced a $76million package to give the industry a much-needed boost in the wake of the ongoing bushfire crisis that has devastated Australia and sparked a significant slump in domestic and international tourists.

New figures obtained by The Sunday Telegraph show flight bookings from key markets have slumped by a third in the last week alone while visitors from Hong Kong, Germany and the UK have halved in the last five weeks.

Even popular tourist hotspots not impacted by the fires have been deserted by visitors with cancellation rates soaring as high as 60 per cent, according to Australian Tourism Industry Council figures.

Almost $10 million will be set aside to help pay for celebrities and social media influencers to spread the word at national and international levels that Australia is open for business.

The hosting program has links with US talk show Late Night with Seth Meyers and Chinese reality show ‘We Are in Love’, which both filmed in Australia last year.

Actor Chris Hemsworth and his wife Elsa Pataky may also answer the call to help spread the word Australia is open for business.

As proud Byron Bay locals, the A-list couple often promote Australia to their millions of followers on their social media accounts. ‘Australian tourism is facing its biggest challenge in living memory,’ Prime Minister Scott Morrison said in a statement on Sunday.

‘This is about getting more visitors to help keep local businesses alive and protect local jobs right across the country and especially in those areas so directly devastated such as Kangaroo Island and the Adelaide Hills, the Blue Mountains and right along the NSW Coast and East Gippsland in Victoria.’

Federal tourism minister Simon Birningham hopes to see a return in tourist numbers as early as next week, which coincides with the Australia Day long weekend.

‘One in 13 Australian jobs rely on tourism and hospitality, and the $76 million package we are announcing today is really a job saving package for Australia,’ Mr Birningham told Channel Seven’s Sunrise on Sunday.

‘Most of our country is actually untouched by bushfires despite the misleading maps that have been put out there, and of course, for the vast majority of instances, tourists can come and still have the same incredible experience that they have had in Australia.’ The minister issued this plea to Australians.

The funding boost prompted South Australian Premier Steven Marshall to launch his own social media campaign to entice visitors to his fire-ravaged state with the hashtag #bookthemout.

Tourism spending is down by over $100million since fires ravaged Kangaroo Island and the Adelaide Hills in the last four weeks.

‘It’s the key message of a major tourism campaign we are launching to help South Australian regions affected by bushfires,’ Mr Marshall tweeted on Sunday.

‘The campaign will encourage the immediate return of visitors to Kangaroo Island and the Hills. We’re sending a clear message that SA is open for business.’ 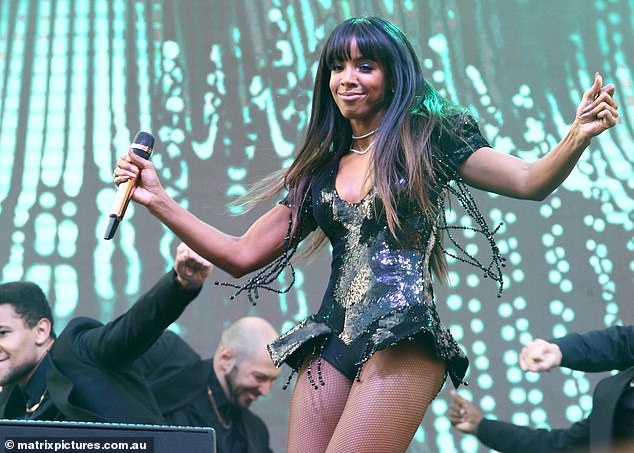 ‘The best way to support Australia and the communities affected by bushfires is to keep visiting. We’re still open for business!’ it posted on Facebook page on Friday.

A further $10 million will be provided to promote regional tourism events across bushfire-affected areas.

Through Tourism Australia, the government is providing an additional $9.5 million for its international media and travel trade hosting program, as well as $6.5 million to support tourism businesses attending at its annual trade event. 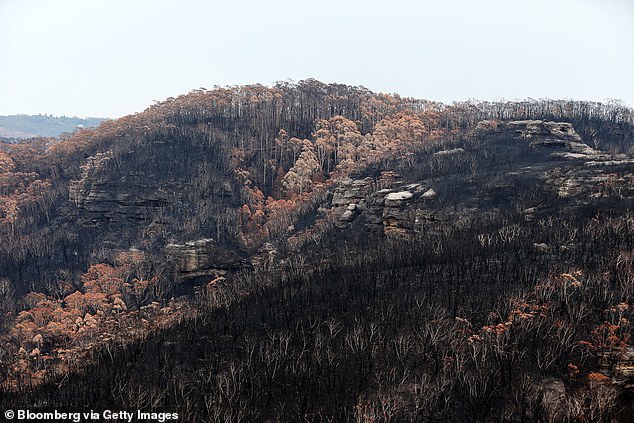 Australia’s diplomatic network is also receiving $5 million to promote the country being open for international education and exports as well as travel.

Tourism Australia was recently forced to pressed pause on its new $15million advertising campaign in the UK earlier this month.

The three-minute ‘Matesong’ ad starring Australian pop princess Kylie Minogue enticing Brits to head Down Under was pulled from television screens less than a fortnight after it aired for the first time on Christmas Day.

‘We will continue to review our planned activity over the coming weeks and months,’a Tourism Australia spokeswoman recently told Daily Mail Australia. 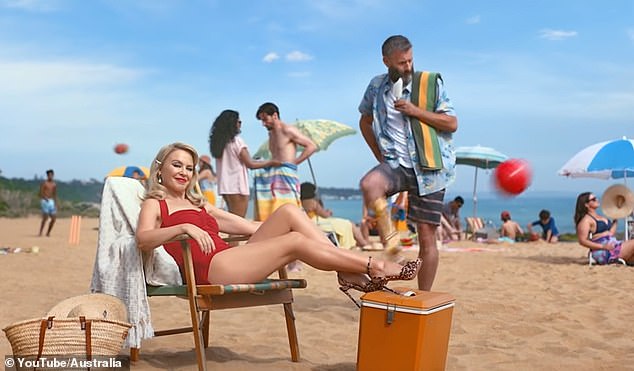