They’ve had to continuously deny persistent rumours of marital woes.

But there wasn’t a hint of trouble for Chris Hemsworth, 34, and wife Elsa Pataky, 41, on Sunday evening.

Taking to Instagram, the Thor actor shared a snap of himself and his gorgeous wife out to dinner.

Could they be any cuter! Thor actor Chris Hemsworth and wife Elsa Pataky cuddle up as they enjoy romantic dinner ahead of the tennis

In the happy image, the pair cut a loving figure as the blonde actress nestled into her muscular husband’s shoulder.

The actor captioned the snap: ‘Bumped into this stranger last night and decided to join her for dinner.’

The heartfelt photograph comes after actor Chris told The Times last week he tries to avoid reading rumours of a ‘martial split’ because they irritate him so much. 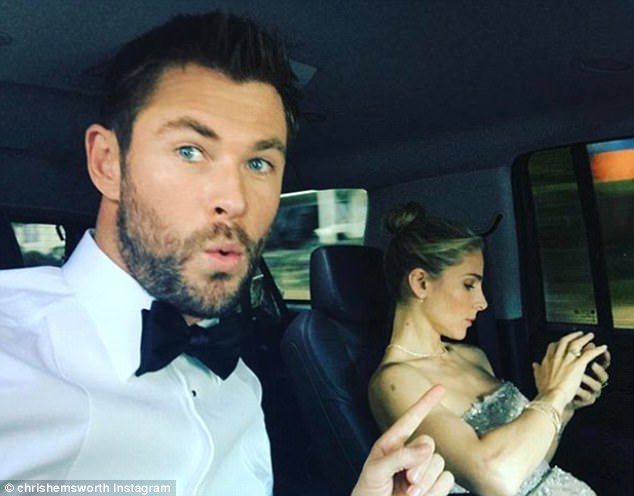 ‘It just p**ses me off’: The heartfelt photograph comes after actor Chris told The Times last week he tries to avoid reading rumours of a ‘martial split’ because they irritate him so much

‘I just try to ignore it,’ Chris told the publication.

‘I stay off the internet but occasionally someone says to me, ‘You might want to react to this one.’ Most of the time I’m like, ‘Why did you even tell me that? There’s nothing I can do about it. It just p**ses me off.”

Much like former Hollywood IT-couple Angelina Jolie and Brad Pitt during their 12-year marriage, speculation of ‘trouble in paradise’ when it comes Chris and Elsa’s relationship regularly appears in magazines. 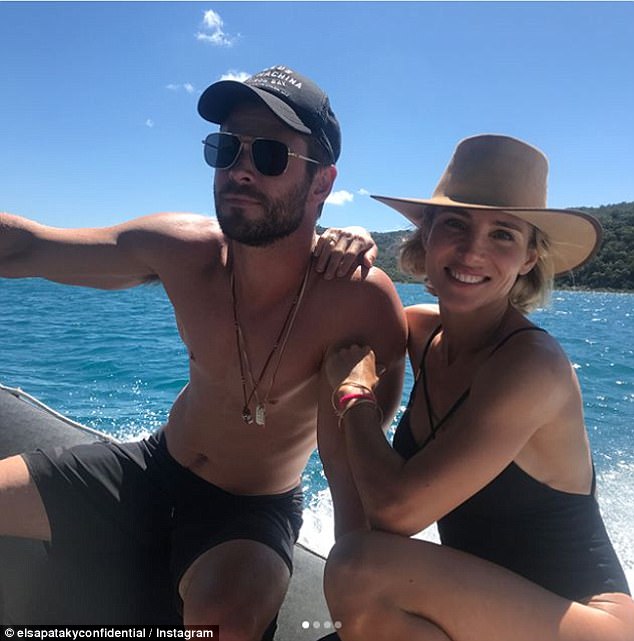 No trouble in paradise! Chris and Elsa have been plagued by rumours of a ‘rocky romance’

And it’s not the first time the pair have expressed frustration about the ‘rocky romance’ rumours, with Chris previously taking aim at a specific publication.

Tagging Elsa, Chris wrote on Instagram: ‘Looking for a new wife according to @womansdayaus and other misleading outlets! Honey you still love me right?’

In another post which featured Chris looking serious in a Tag Heuer advert, Elsa chimed in with: ‘Don’t worry love, I would be mad too if some magazines keep trying to keep us apart,’ adding the hashtags #dontcrackunderpressure #seeyoutomorrow #loveyou. 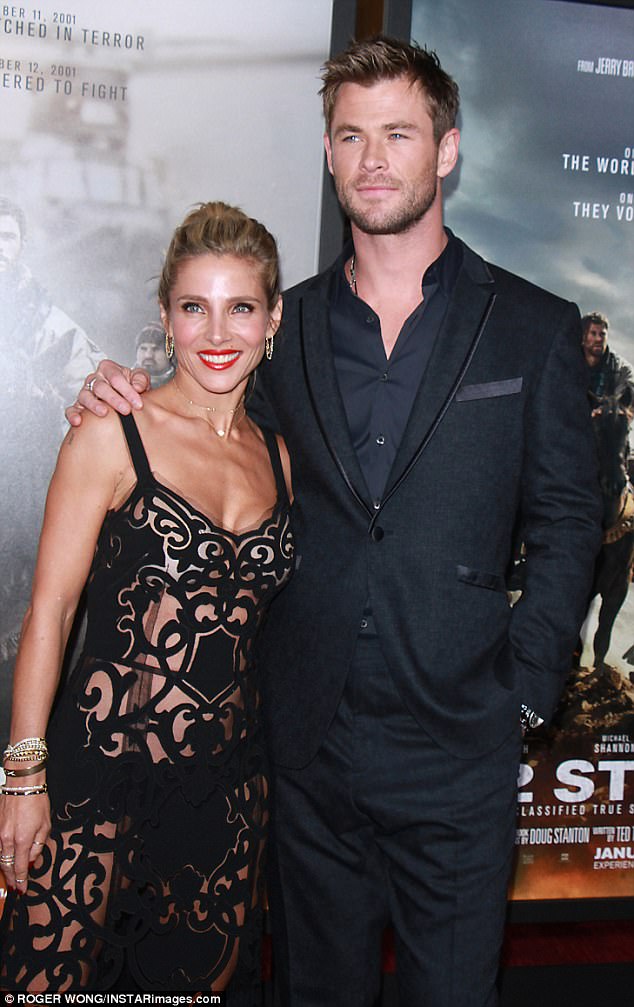 Close! The couple have publicly hit back at suggestions their marriage is in trouble

However, Elsa, who shares children India Rose, five and three-year-old twin sons Tristan and Sasha with Chris, confessed to Elle Australia this month that their marriage hasn’t always been smooth sailing.

‘I think any time you start a family without knowing each other that much, it can be complicated,’ she explained to Elle Australia.

‘He was very young to be starting a family, and at the same time he was juggling th​at with his career and it was sometimes difficult, there was so much going on.’