‘Wrestling some iron!’ Chris Hemsworth pulls a funny face as he chisels away at his buff body during intense workout session

He has a body envied by many.

And on Sunday, Chris Hemsworth showed fans just how he maintains his incredible Hollywood physique.

The pair were joined by another friend from the actor’s new personal training app, Centrfit.

Centr is a paid fitness app with workouts, diet plans and meditations curated by Hemsworth and was launched earlier this year. 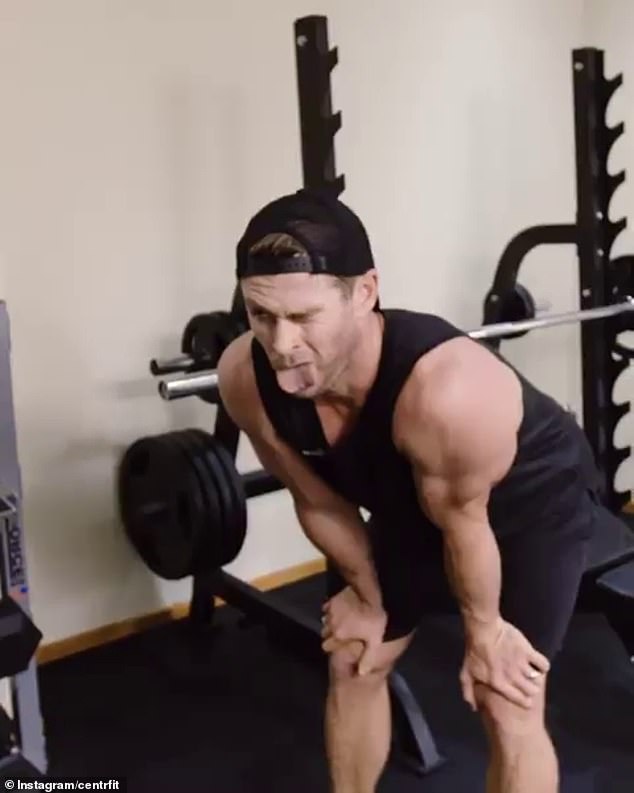 Not loving it? The Thor hunk even pulled some funny faces as he strained 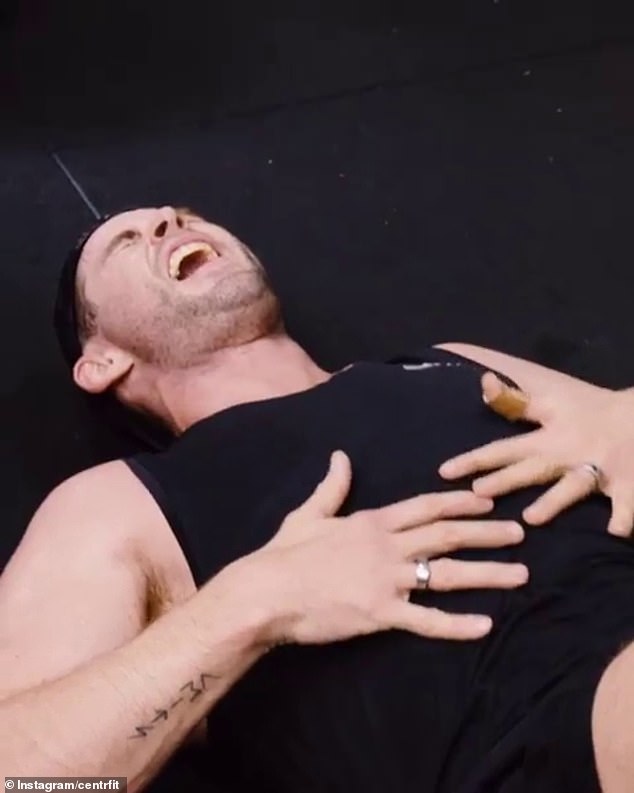 Work it! Chris seemed to struggle at times but, thanks to his trainer, the hunk persevered with the difficult routine 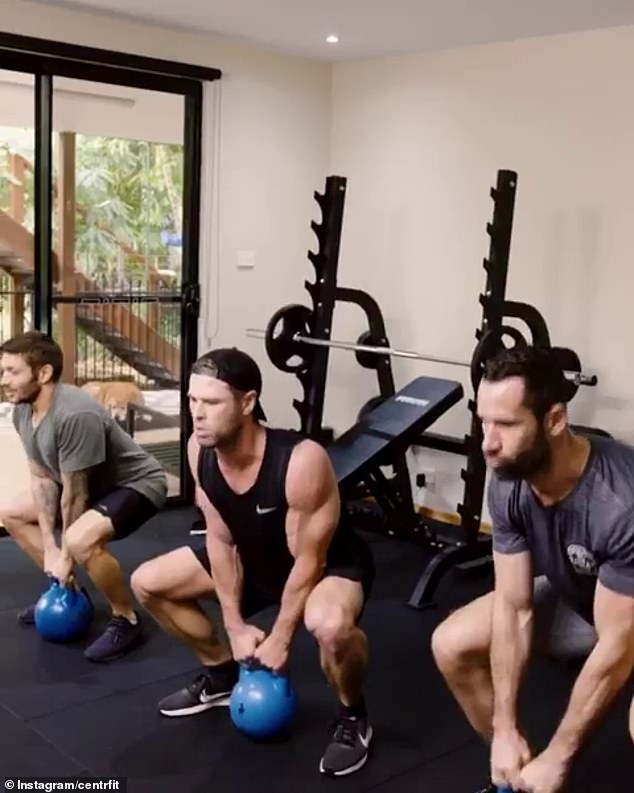 Hard work! The boys lifted blue balls from the floor during the workout which was set to dramatic music

In the clip, Chris appeared to struggle at times with his trainer and pal pushing him along.

The Thor hunk even pulled some funny faces as he lifted heavy weights and kettle bells.

The entire workout was set to dramatic music, while the men created their own soundtrack by yelling and grunting in the background. 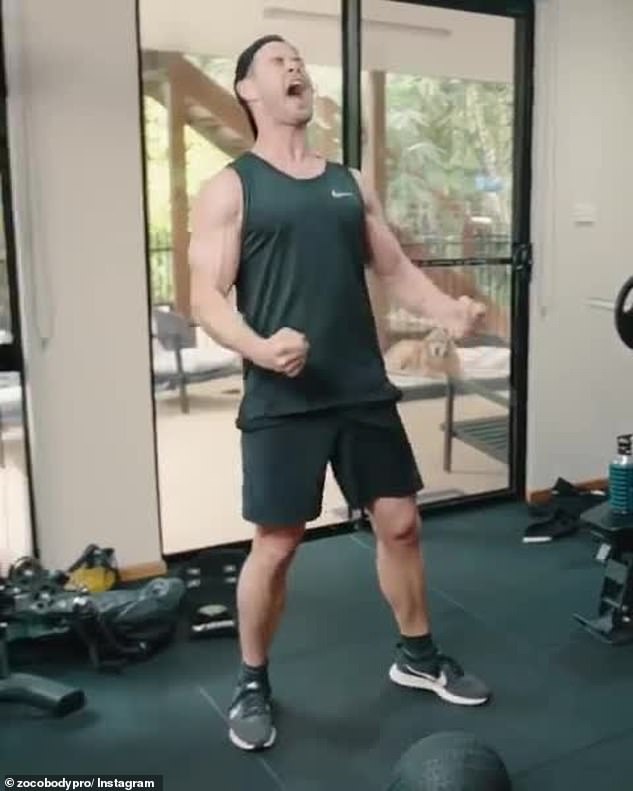 Always at it! Chris recently uploaded another Instagram video in which he is demonstrating his intense workout regimen

He captioned the clip: ‘Wrestling some iron with Jorge and Zoco while yelling loudly and playing dramatic music. Wanna see more of this madness?’

Chris recently uploaded another Instagram video in which he demonstrated his intense workout regimen.

The video showed Chris going through a range of routines including heel taps, bent-over rows with heavy dumbbells and kettle bell squats. 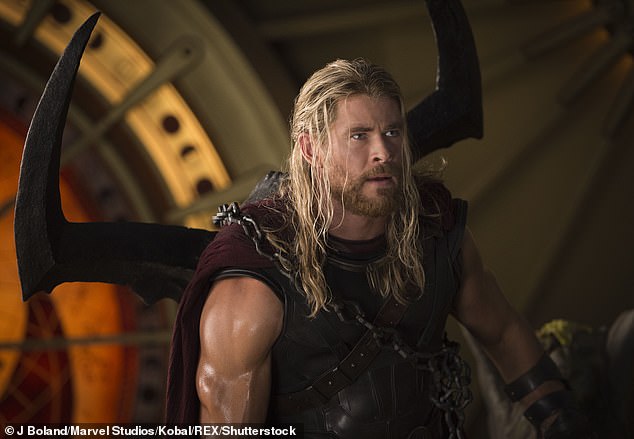 Something to marvel at!: Personal trainers helped transform Chris from a Summer Bay hunk to Thor, the god of thunder (pictured)