Hollywood actor Chris Hemsworth is every inch the man of style in a new video for Hugo Boss.

The Australian Thor star, 38, released footage to his Instagram on Thursday, promoting the Boss Be Your Own Man project.

Chris is first seen during the shoot wearing a fitted blue suit which he paired with a crisp white shirt while in a photographer’s studio.

All class! Hollywood actor Chris Hemsworth, 37, (pictured) promoted the Boss Be Your Own Man project for Hugo Boss on Thursday

The A-lister then sprays himself with Hugo Boss cologne before he hits the ocean waves with his surfboard.

Chris then went on to encourage filmmakers in New York and London.

‘Another reminder for any young talents in the film industry to get your entries in for the Be Your Own Man film project,’ he began. 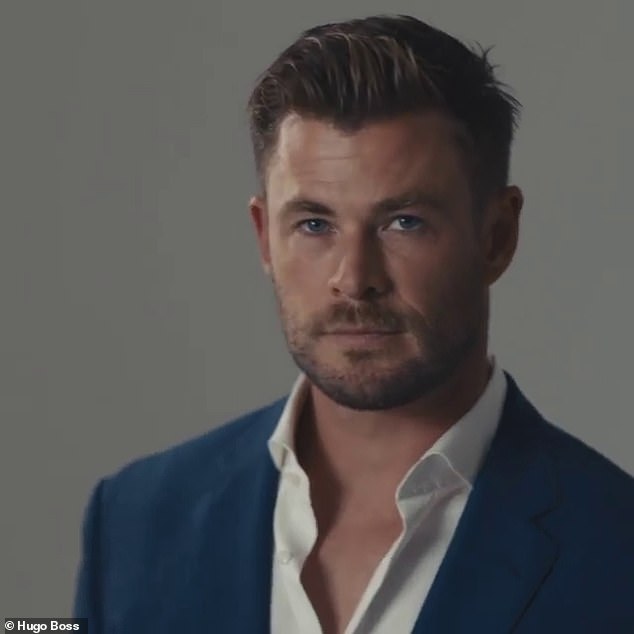 Debonair: Chris shot the camera one of his sultry glares in the short clip, which promoted the Hugo Boss Be Your Own Man project film competition

He added: ‘NYC and London chapters are currently accepting submissions. Here’s a little clip of the one to kick off the series.’

Chris is an ambassador for a number of brands. He was announced as a Hugo Boss’ new global fragrance ambassador in 2017.

While he often dons the brand’s tailored suits on the red carpet, he admits that he’s most comfortable in board shorts and T-shirts. 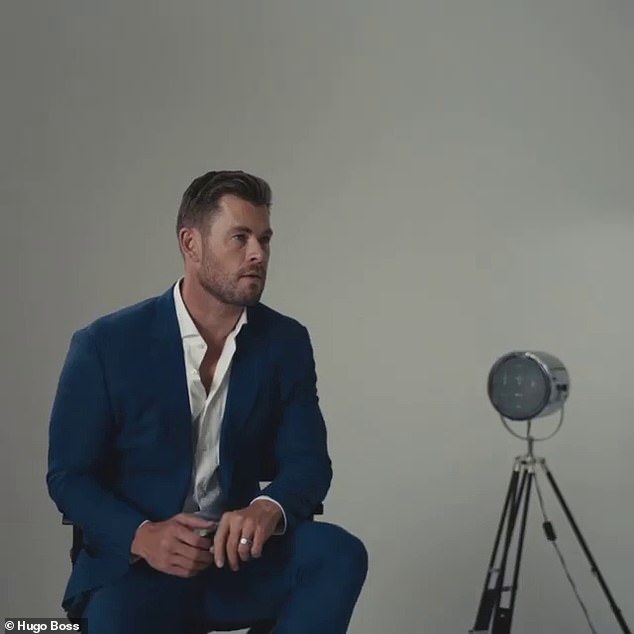 Elegant: Chris was seen in a tailored blue suit which he paired with a crisp white shirt during the short clip

‘My wife [Elsa Pataky] says I have more board shorts than most females have shoes,’ Chris told The National in October 2017. ‘I have a strange kind of addiction to them.’

‘Growing up, I never thought about fashion too much. No, maybe that’s not true. I was very particular about what board shorts I wore, or what T-shirt.

‘But to be able to wear beautiful clothes because of my work is a real luxury,’ he added. 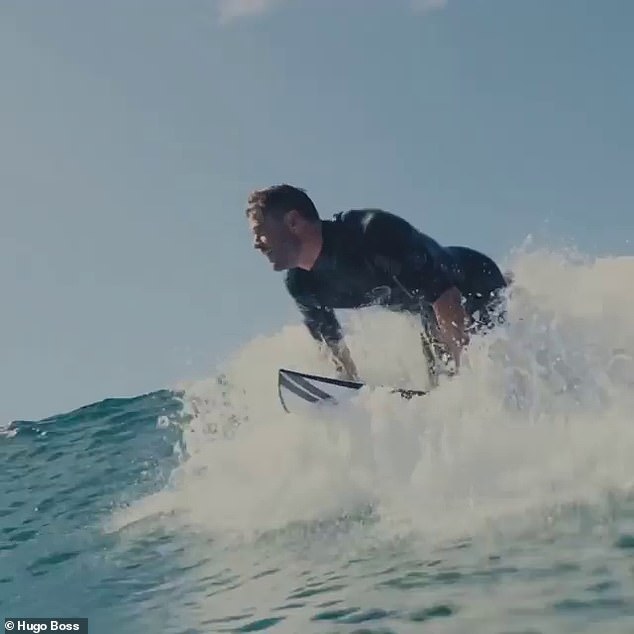 Wave rider: Chris was seen riding the waves on his surfboard in the commercial

The family live in a $20million mega mansion in Byron Bay, Australia. 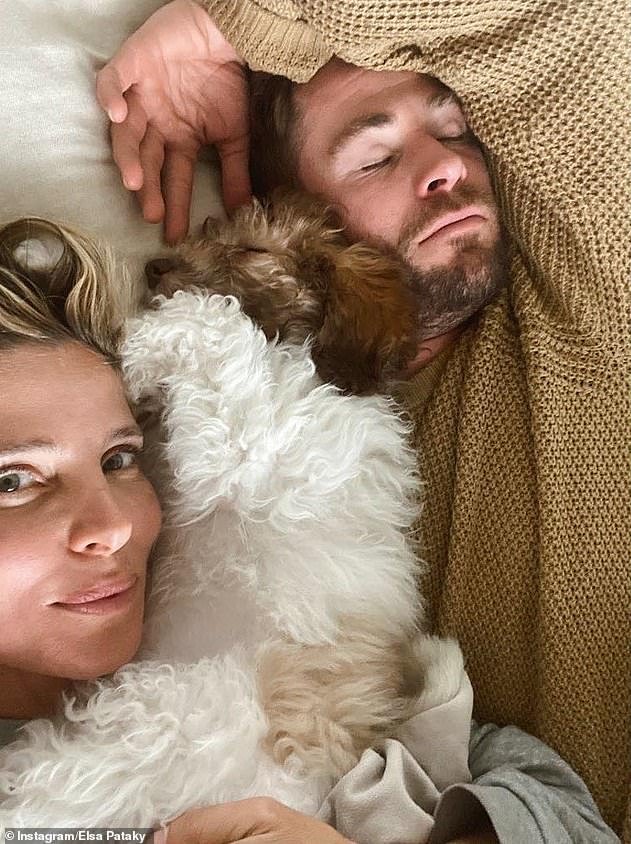