Known for their good looks and stellar acting skills, the Hemsworth brothers are some of the most famous siblings in the world.

And on Saturday, the most well-known of the bunch,  Chris Hemsworth, showed off the man and woman responsible for bringing the heartthrobs into the world.

Stepping out on the red carpet at the San Sebastian Film Festival in Spain, the 35-year-old beamed while flanked by mother Leonie and dad Craig.

Cutting a dapper figure in a burgundy suit and navy collared shirt, the actor couldn’t wipe the smile off his face as he posed with his parents.

Chris’s ever-youthful mother Leonie looked radiant in red as she stunned in a figure-flaunting crimson mini-dress for the occasion.

The blonde beauty teamed the outfit with a nude clutch and pumps in a similar shade. 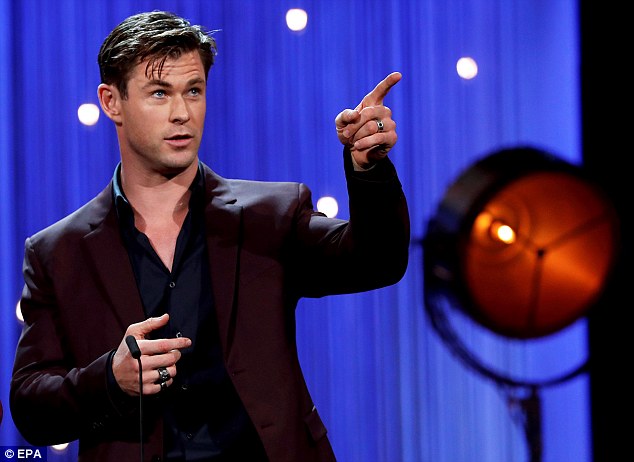 Handsome: Cutting a dapper figure in a burgundy suit and navy collared shirt, the actor put on an animated display at the premiere of new film Bad Times at the El Royale 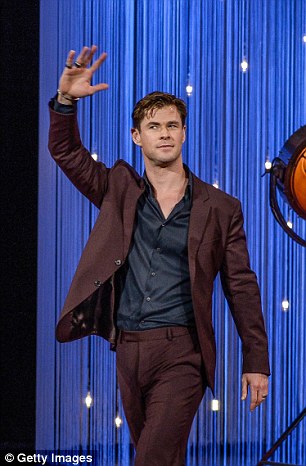 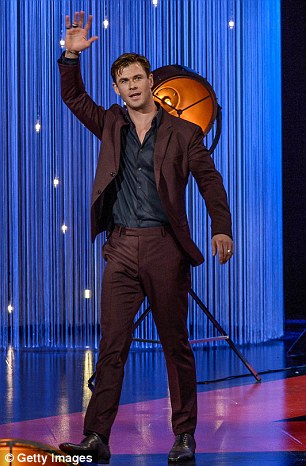 Man of the moment: Chris took to stage to present the film and reportedly made reference to his Spanish wife Elsa Pataky

Chris put on an animated display for the premiere of his new film Bad Times at the El Royale, which coincided with the festival’s closing night.

Looking every bit the Hollywood A-lister, the dad-of-three posed for the adoring cameras and lapped up the attention. 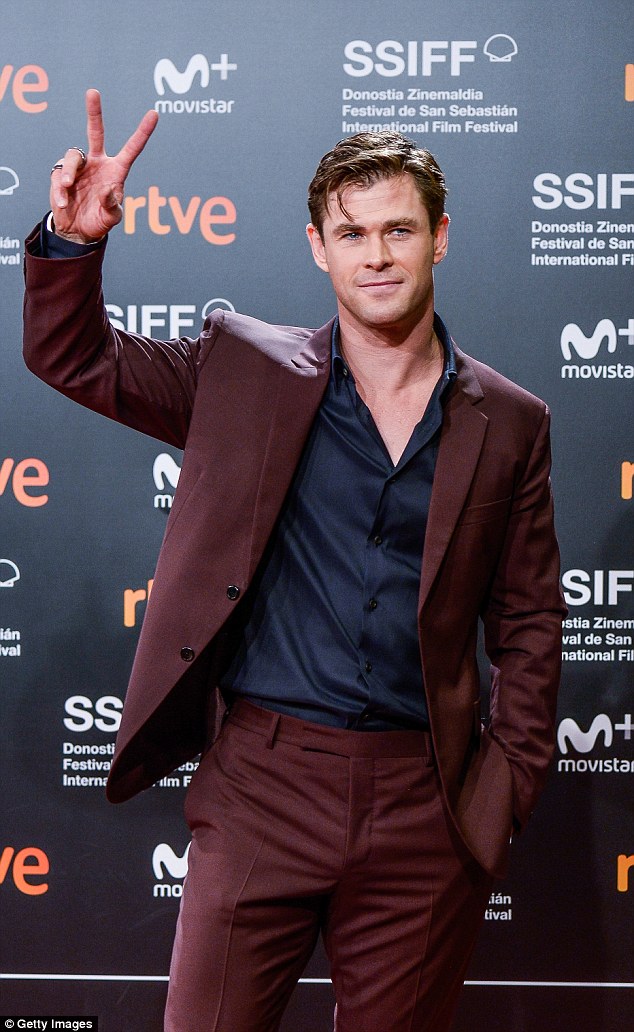 Bona-fide superstar: Looking every bit the Hollywood A-lister, the dad-of-three posed for the adoring cameras and lapped up the attention 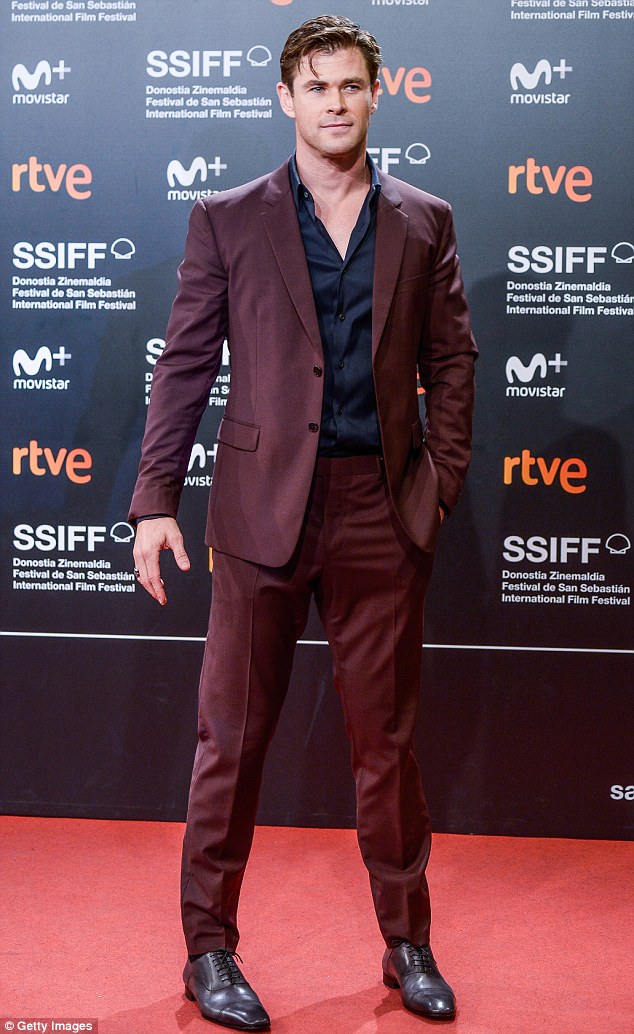 Not his first rodeo! Chris is a fixture on the red carpet thanks to his roles in Hollywood hits

Chris and his actor brothers Luke, 37, and Liam, 28, are known to be close to their parents.

The close-knit family regularly appear on all three of the Hemsworth brothers’ Instagram accounts.

Fans are often left stunned by how youthful Leonie and Craig look, with many commenters praising the family for their ‘good genes’. 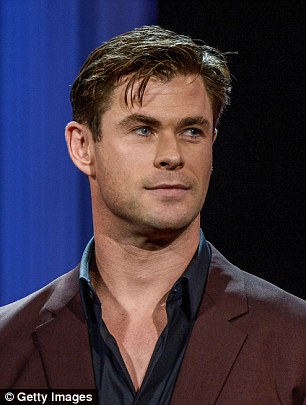 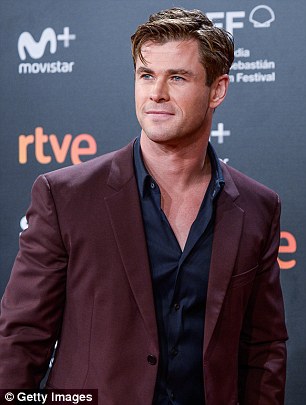 Good genes: Chris, along with brothers Luke and Liam, are some of the most famous siblings in Hollywood and are known for their good looks