His coveted role as Marvel Comics superhero Thor propelled him into superstardom back in 2011 – and sealed him a lucrative future in subsequent blockbusters.

But Chris Hemsworth looked every inch the mere mortal on Monday, when he was spotted taking a quick nap on an outdoor bench, after he enjoyed a fun-filled boys’ weekend away in Canada with his pal Aaron Grist.

As the 34-year-old Australian actor waited for his seaplane out of Vancouver Island’s surfing haven Tofino, the visibly tired screen hunk went from sitting on the hard public bench to lying flat on his back and enjoying a 15-minute power nap.

Thor’s no snore: Chris Hemsworth was spotted taking a nap on a public bench as he waited for a seaplane after his short weekend trip to Tofino on Vancouver Island, Canada, on Monday

Shielding his eyes behind a pair of aviator sunglasses, the star appeared to be in good spirits as he waited to embark on his journey back to Vancouver.

On touching down in the Canadian city, he was seen bidding a cheerful farewell to fellow passengers, before stepping away solo to board a taxi. 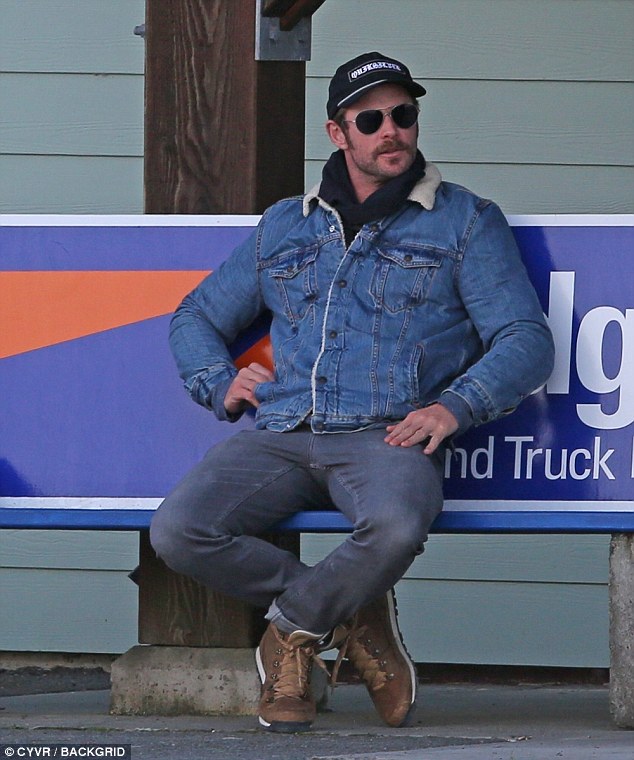 Exhausted: The visibly tired screen hunk went from sitting on a hard public bench to lying flat on his back and enjoying a 15-minute power nap after his weekend of surfing

He had spent the weekend surfing with his pal in Tofino, which is well known for his wild and natural scenery, including lakes, an ancient rainforest and sandy beaches.

Despite the idyllic surroundings, Byron Bay native Chris didn’t get through the adventurous trip without getting into a scrape.

Earlier on Monday he shared dramatic photos of himself wiping out as he made the most of some of the destination’s famous year-round surfing facilities. Good spirits: Shielding his eyes behind a pair of aviator sunglasses, the star appeared to be in good spirits as he embarked on his journey back to Vancouver

‘Trying out a new move here, its called “get smashed in the back of the head by the lip and dusted along the reef”, he joked. ‘It’s so much fun, don’t try it. Cheers for taking me along for the ride!’

Chris, who has three children with his wife Elsa Pataky, has been in Vancouver for two weeks while filming Bad Times At The El Royale alongside co-stars Dakota Johnson and Jeff Bridges.

The thriller- which also stars Russell Crowe, Jon Hamm and Nick Offerman – is set in a 1960’s dilapidated hotel in the Lake Tahoe region of California, where the paths of a number of shady characters violently cross. 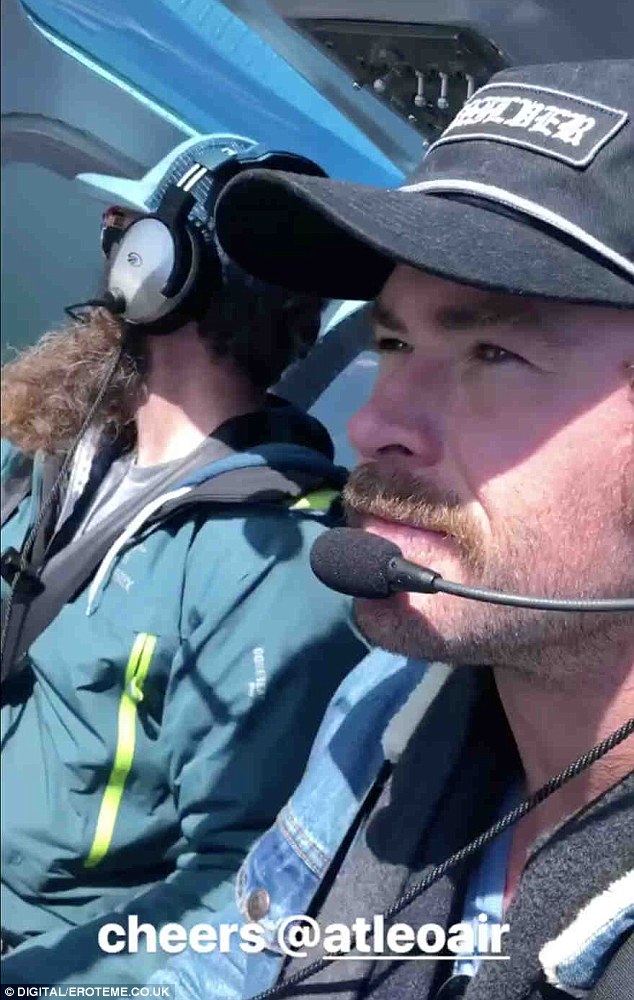 Flying high: The Australian screen hunk shared a shot of himself in the cockpit of the seaplane