By Jade Watkins for Daily Mail Australia and Reuters

Chris Hemsworth set pulses racing as he attended the inaugural running of the Indianapolis 500 over the weekend.

Fans flocked to catch a glimpse of the hunky Thor star as we toured the famous race track before waving the green flag.

The strapping actor sizzled in the soaring heat, wearing an unbuttoned white shirt that showed off a hint of his famous muscles.

Ladies, start your engines! Hunky Chris Hemsworth attended the inaugural running of the Indianapolis 500 over the weekend

On the day, Chris watched fellow Australian Will Power race to victory at Indianapolis Motor Speedway in the US.

The first Australian to reach Victory Lane at Indy 500, Powers win capped a monumental day for Australian motorsport with Daniel Ricciardo triumphing on the other side of the Atlantic at the Monaco Grand Prix for a sweep of what are arguably the world’s two most prestigious races.

‘Unbelievable to be the first Australian to win the 500; maybe they will recognize me down there now,’ Power said following the race. ‘I don’t think people know who I am down there.’

Power, who started on the front row, was on the charge after the final caution, coming home ahead of polesitter Ed Carpenter and 2008 winner Scott Dixon of New Zealand. 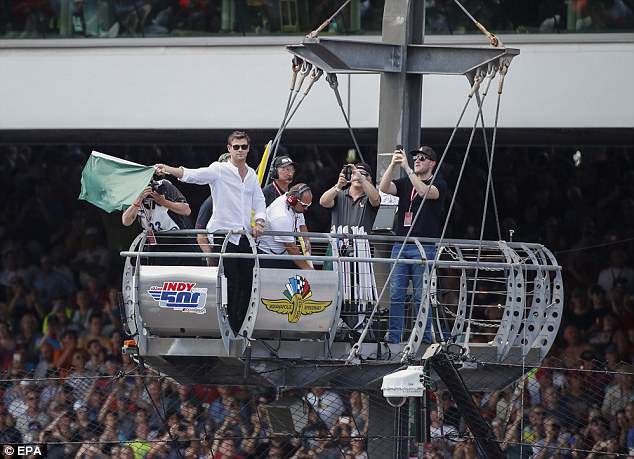 Lets get this party started! Chris waved the green flag to start the 102nd running of the Indianapolis 500 auto race 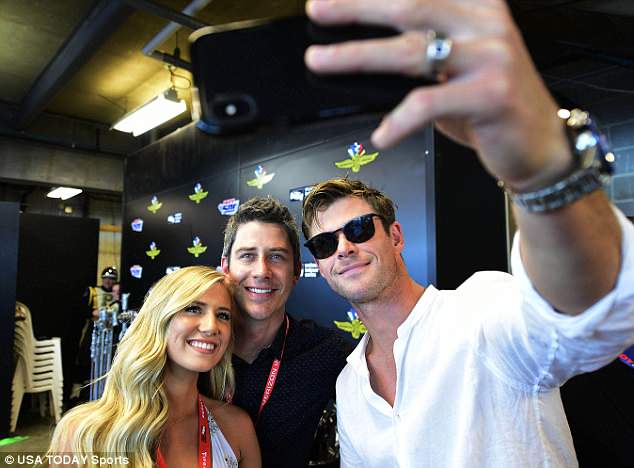