Party crasher! Chris Judd drove his Range Rover into a wall before 125 guests arrived at his $7.3million home for his ‘Juddchella’ housewarming

But just hours before throwing a Coachella-inspired housewarming party on Saturday, her husband, Chris Judd, crashed his Range Rover into a garage wall.

The accident happened the morning before the big party, nicknamed ‘Juddchella’, and the couple had no time to repair the damage before the guests arrived.

Party crasher! Chris Judd (left, with his wife, Rebecca) drove his Range Rover into a wall just hours before guests arrived at his home for his ‘Juddchella’ housewarming on Saturday

Rebecca had spent five months organising the event and even hired one of Australia’s most expensive party planners to recreate the ‘vibe’ of Coachella.

‘The morning before, Chris smashed one of our cars into the garage wall. It’s the first bit of the house people walked into,’ she said on KIIS FM’s 3pm Pick-Up on Monday. 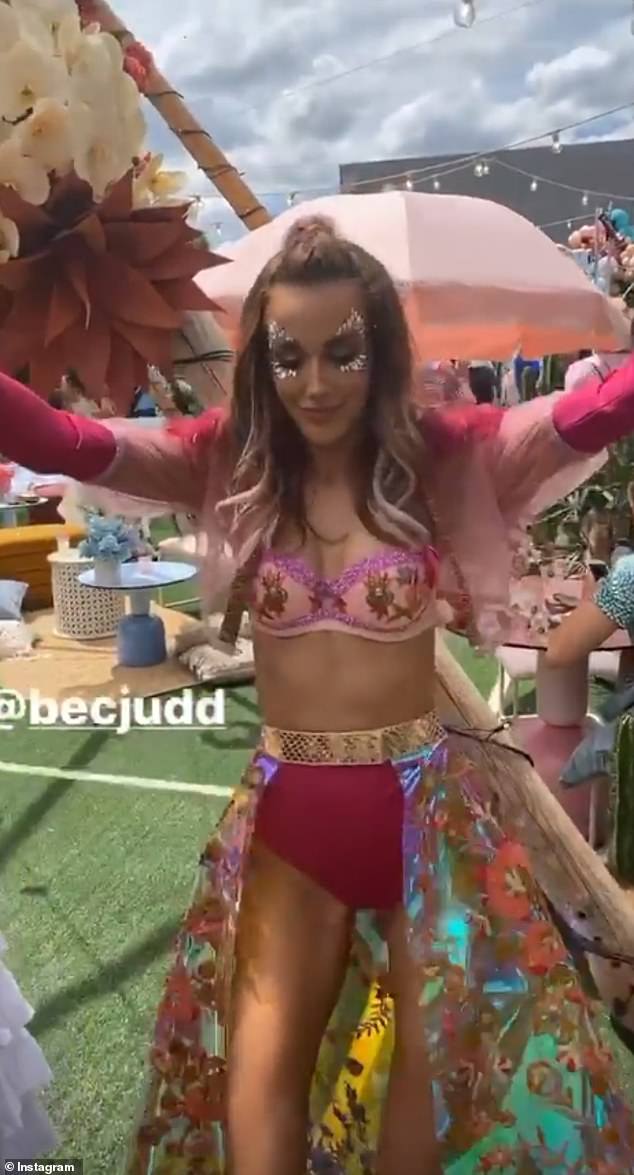 Whoops! ‘The morning before [the party], Chris smashed one of our cars into the garage wall. It’s the first bit of the house people walked into,’ Rebecca said on Monday

Rebecca’s producer said she had noticed the hole in the wall after arriving at the party, which officially kicked off at 1pm and continued well into the evening.

Unfortunately, all of the guests saw the damage because they were shuttled in and out of the party via the garage. (The house itself was locked because Rebecca didn’t want ‘drunk people wrecking it’.)

The mother-of-four concluded: ‘Yeah, we need to get it replastered.’ 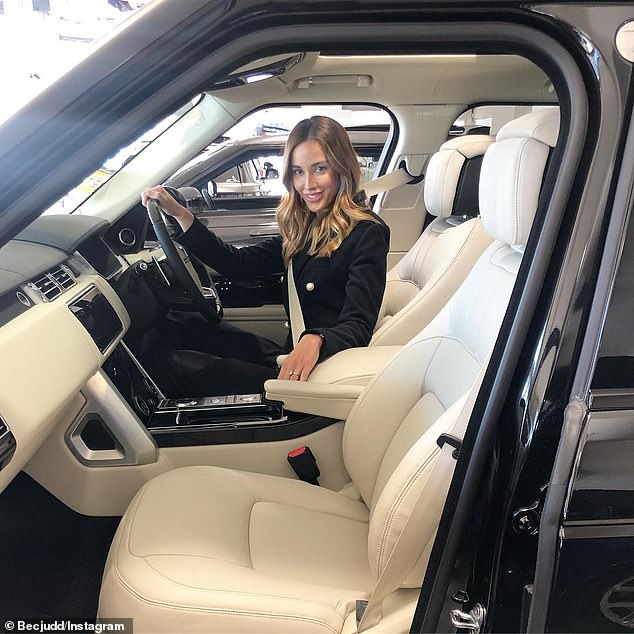 ‘I couldn’t even get the nose in!’ In June, Rebecca said she and Chris had to spend $50,000 to ‘knock down a column’ so they could fit their Range Rover in their garage

It’s not the first time the Judds have encountered problems with their garage.

In June, Rebecca spoke of her surprise and disappointment when she discovered her Range Rover was too big to fit inside.

In order to fix the problem, she and Chris had to spend around $50,000 to ‘knock out the column’ so they could drive in and out. 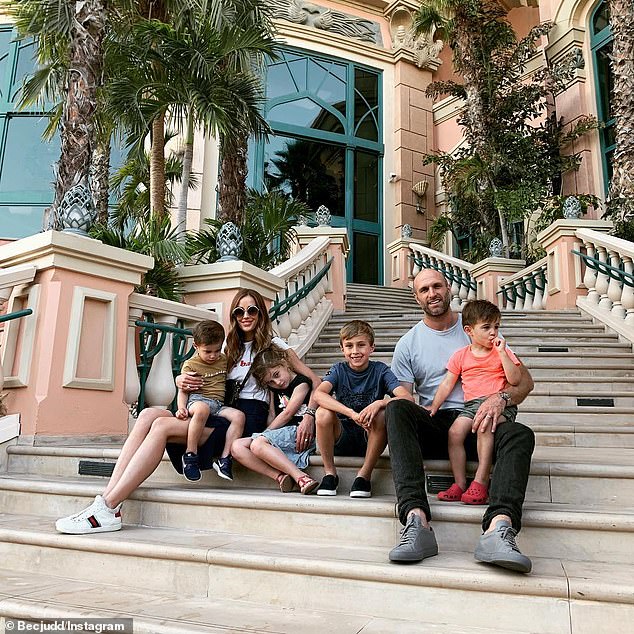