Coldplay singer Chris Martin surprised a 17-year-old Chicago fan who has a fatal disease by showing up to the restaurant where she works as a waitress on Saturday.

Heidi Hernandez was diagnosed with a rare condition of the bile ducts called primary sclerosing cholangitis when she was three years old.

She had a liver transplant to treat the disease at age nine but it has since come back.

While the condition progresses at different speeds in each patient, doctors warn that Hernandez is beginning to experience liver failure. This means her life expectancy could be as little as two days or as much as four years.

For Hernandez, listening to Coldplay helped her overcome depression that was triggered by her life-threatening diagnosis.

And she was stunned when the lead singer dropped in at the branch of Lou Malnati’s where she works, near Midway Airport, after performing in their nationwide tour.

Coldplay’s Chris Martin surprised 17-year-old fan Heidi Hernandez by showing up at the pizza place where she works in Chicago on Saturday. Hernandez has a rare, fatal condition called primary sclerosing cholangitis and it can only be treated with a liver transplant

The visit was all orchestrated by Hernandez’s manager Tori Sanchez, who was amazed by the teenager’s strength.

Even though her health is failing, Hernandez still goes to school and works part time waiting tables.

Primary sclerosing cholangitis affects about one out of every 10,000 Americans.

Patients usually find out they have the disease after a routine X-ray or blood test being performed to test for something else. Even after their diagnosis, patients often feel fine and do not experience symptoms of the disease for years.

However, once it starts to progress, it can be difficult to control. Waiting lists for transplants can span years, and the availability of organs for children can be limited.

There is no way to calculate a timeline for the progression of Hernandez’s disease but doctors warn she desperately needs a transplant as her condition deteriorates.

As they wait for news about a transplant, Sanchez decided to give Hernandez a treat. She reached out to Chicago musician Chance the Rapper to see if he could get the teenager tickets to Coldplay’s Chicago show last week.

He did, and Sanchez went with Hernandez and her boyfriend to the show on Thursday at Chicago’s Soldier Field. 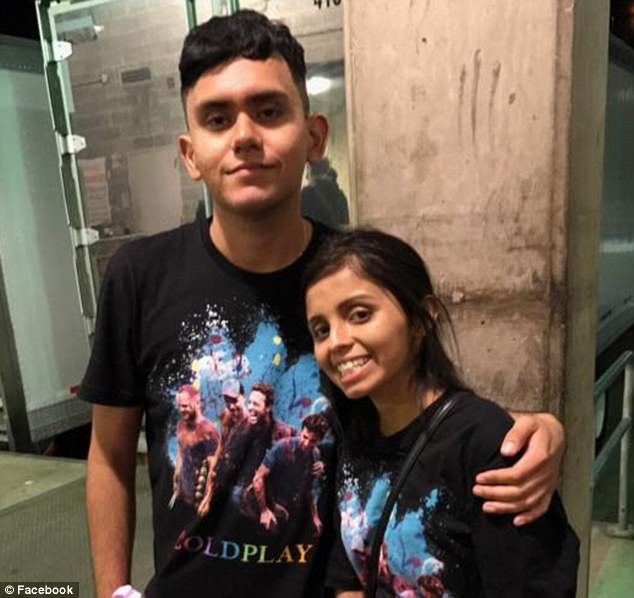 Hernandez’s manager, Tori Sanchez, reached out to Chicago musician Chance the Rapper to see if he could get tickets to Coldplay’s show in Chicago last week. He did, and Hernandez was able to go with her boyfriend and Sanchez 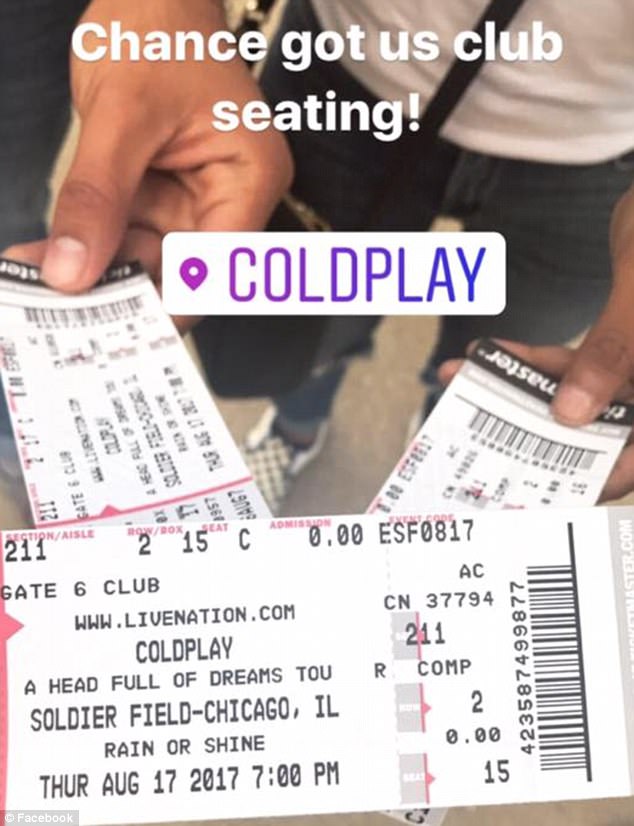 Hernandez said that listening to Coldplay kept her from being depressed. She and Sanchez bonded over their love for the band’s music

WHAT IS PRIMARY SCLEROSING CHOLANGITIS?

Hernandez’s disease causes a person’s bile ducts to be inflamed.

The ducts carry bile – which helps with digestion – from your liver to your stomach.

Inflammation causes the ducts to be scarred.

This makes them harden and causes damage to the liver.

Extreme itchiness that will not go away no matter how much you scratch and exhaustion are symptoms of the disease.

For most people, the disease’s progression is slow.

It leads to liver failure, bile duct tumors and infections.

The only known cure for the disease is a liver transplant.

The disease recurs in a small percentage of patients who have had transplants, which is what has happened to Hernandez.

Hernandez told ABC7 that both her mother and father tried to donate their liver to her but neither were a match.

Hernandez was ecstatic to see her favorite band, which she listened to on repeat during her years of tests, operations, her first transplant, and emotional struggles to come to terms with a potentially terminal diagnosis.

‘I got into a really bad depression where I wouldn’t even be able to go to school,’ Hernandez told ABC7.

‘I just started listening to [Coldplay’s] music and it made me feel a lot better.’

At the concert, Hernandez and her boyfriend sat in club seating.

They left stunned, thanking Sanchez for the experience.

But days later, while Hernandez was at work, Martin dropped by to introduce himself on his way to Cleveland for another tour stop.

Hernandez ran up to the 40-year-old star and hugged him the second he stepped out of the car in the Lou Malnati’s parking lot.

The pair took selfies and then sat chatting inside the restaurant.

He then gave Hernandez another gift: front row tickets to a Coldplay show in Seattle next month – which she will attend with her manager and her boyfriend – and tickets to a Bruno Mars show, which was that Saturday night in Chicago.

Tearing up during the surprise meeting, Sanchez told ABC7 she is in awe of Hernandez.

‘She has taught me more than I can even offer her,’ Sanchez said.

‘When she first started, what broke the ice and sparked endless conversation was the mutual obsession for Coldplay.

‘Today I now consider her like a little sister, my family.’

As Hernandez waits for an organ, she is urging other people to consider what donating an organ can do for someone else.

‘Become an organ [donor]. You can always save a life. It may not be my life but you can save so many lives with just one person,’ she said.