Looking toned, the Fix You singer, 44, appeared to have been doing some artwork as he stepped out with paint on his hands.

The singer looked relaxed in blue T-shirt and paint splattered navy blue jeans which he rolled up at the ankles.

Shoeless: Coldplay frontman Chris Martin surprised fans when he was spotted walking barefoot as he left the BBC Radio1 Live Lounge on Monday

He mixed up the look by sporting a distinctive blue and pink belt.

Last week, the award winning singer was seen at a concert in Brighton with girlfriend Fifty Shades Of Grey actress Dakota Johnson 32.

According to The Argus, the couple were at the Nick Cave gig at the Brighton Dome  on Sunday.

The loved up pair, have reportedly been in a relationship since 2017, cheered and applauded as musician and Brighton resident Nick Cave, and his bandmate Warren Ellis, took to the stage. 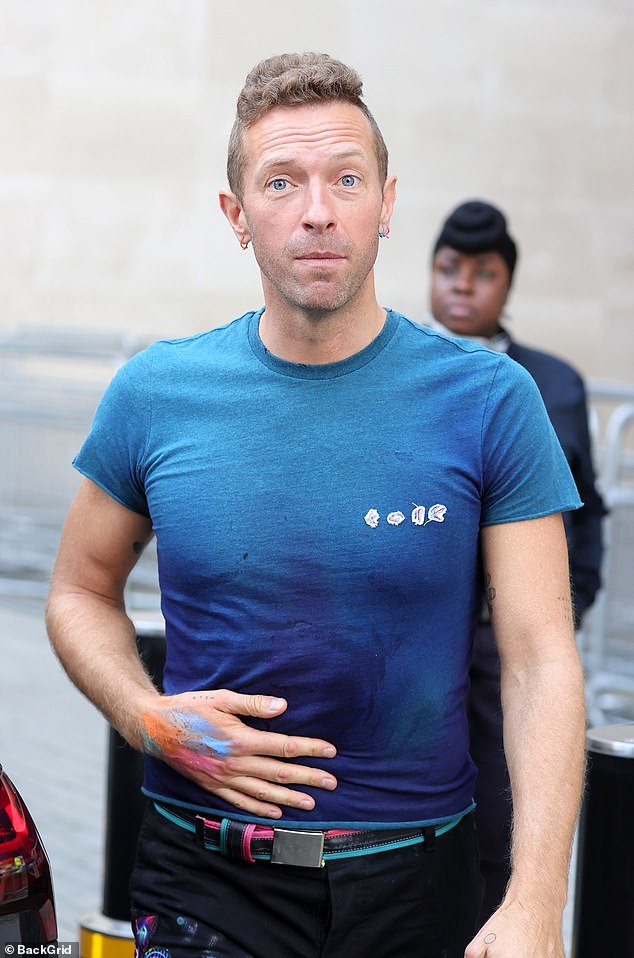 Artwork: The singer looked as if he had been painting as he left the studio with paint splattered on his hands and his navy blue jeans

Nick Cave fan Graham Daubney, who was also at the concert, said the pair sat with Nick’s wife Susie Cave and seemed ‘mesmerised’ by the show.

Earlier this year, Chris and Coldplay said they were committed to ‘reducing their carbon emissions’ while touring.

The band said they will ‘not embark on a globe-trotting tour because of environmental concerns’. 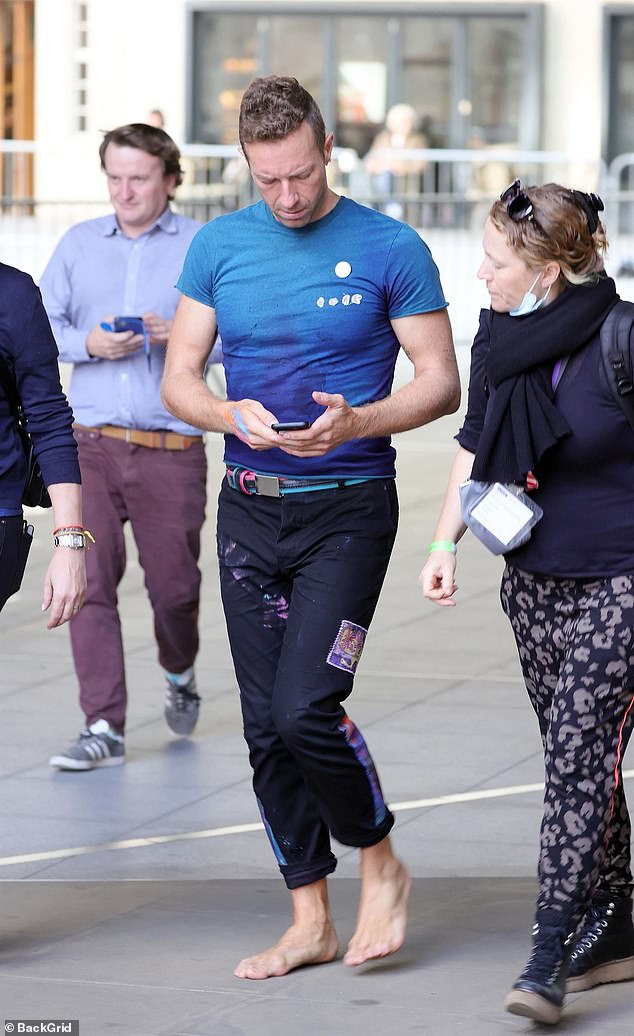 Casual: The Coldplay frontman kept it casual as he strolled across London

Speaking to BBC news, Chris said: ‘We’re taking time to see how our tour can be actively beneficial.’

He said of any future tour: ‘We would be disappointed if it’s not carbon neutral’.

‘We’ve done a lot of big tours at this point. How do we turn it around so it’s no so much taking as giving’?

The singer also admitted that the current pandemic and lockdown forced him ‘to reassess his relationship with fame’.

‘Last year was quite an eye opener,’ he told BBC Radio 2  ‘I was like, ‘who am I without Wembley Stadium saying, ‘you’re awesome’?’

‘I’m trying in my life right now to not attach too much to being a pop star. I’m trying not to get my self worth from external validation’. 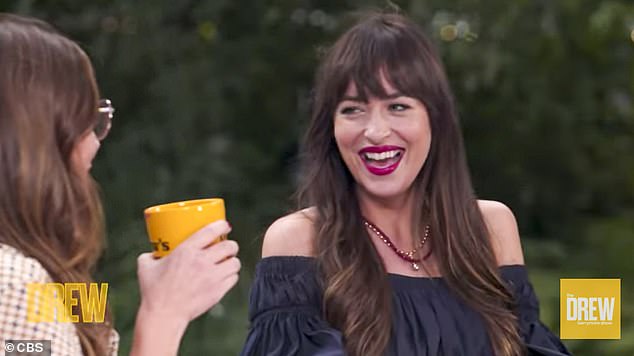 Happy couple: Chris and his girlfriend Dakota Johnson are rumoured to have started dating back in 2017 (stock image)