By Ben Talintyre and Stephen Gibbs for Daily Mail Australia

Disgraced broadcaster Chris Smith has lost a third job in the space of a week after being dropped from hosting a luxury Mediterranean cruise.

Smith, who was sacked from his roles at Sky News and 2GB after his drunken behaviour at a work Christmas party, was on Friday axed by Travelrite International as a celebrity host on one of their cruises.

He was set to head a 16-night, $10,000-a-head cruise of medieval cities across the Mediterranean alongside his long-time partner Susie Burrell next June.

Travelrite director Simon Wallis said the company is looking for a replacement lead for ‘The Constellation’ cruise ship and are speaking to radio 2GB about potential candidates, The Guardian reports.

While it remains unclear whether Ms Burrell will remain a host, Daily Mail Australia can confirm the dietician is standing by Smith in lieu of his offensive behaviour towards young female colleagues at the Sky News Christmas party. 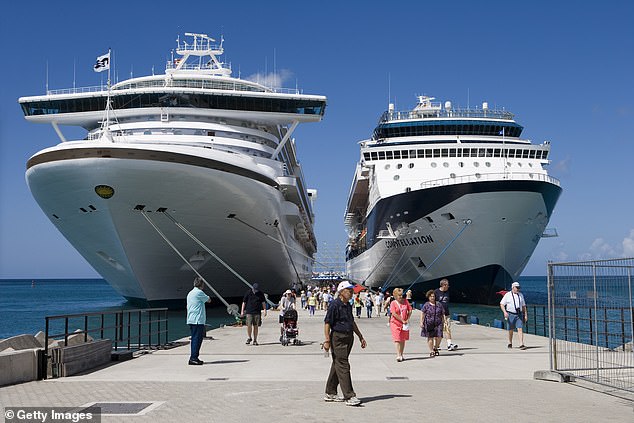 Smith was set to head a 16-night, $10,000 a-head cruise of medieval cities of the Mediterranean next year alongside partner Susie Burrell but has been dumped

Ms Burrell was reportedly seen leaving the marital home last Sunday after she learnt Smith had been accused of making lewd comments to women the previous evening.

However, a source close to the family has revealed she has not abandoned the father of her six-year-old twin sons and remains in regular contact with him.

‘Susie has not walked out on Chris, not before or since,’ the source said. ‘In fact, they are working together to survive this and rebuild.’

Smith attended Sky’s end-of-year celebrations at Ivy Sunroom in Sydney on Saturday afternoon before heading to the nearby Establishment with colleagues. 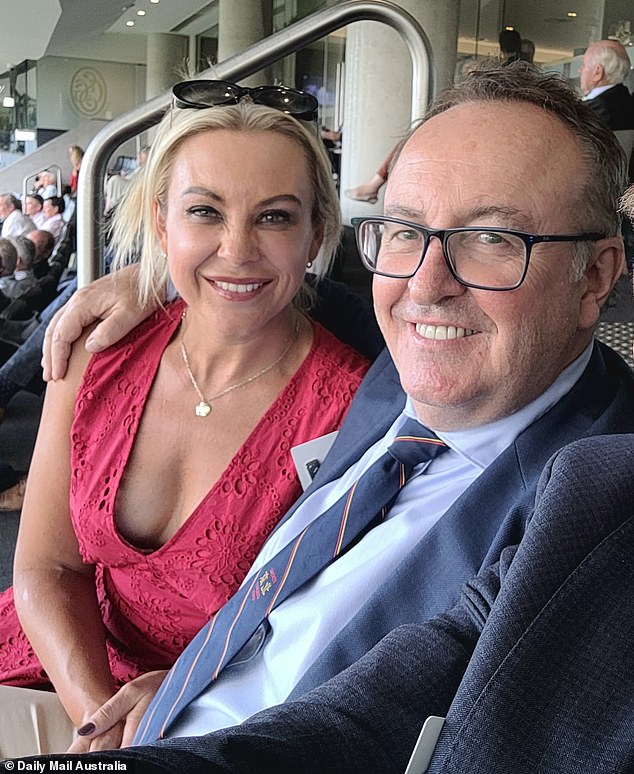 Since Smith’s latest scandal broke there has been little sign of his troubles on Burrell’s social media accounts where she continues to provide recipes and tips on healthy living. The couple is pictured earlier this year

It was there he was accused of inappropriately touching a co-worker and making crude remarks to several others, leaving at least one in tears.

Smith apologised for his conduct which he blamed on long-standing problems with alcohol and bipolar disorder, and has checked himself in a mental health facility.

The family source said despite reports Burrell had left Smith she was not giving up on their relationship.

‘Susie and Chris are communicating well,’ the source said. ‘She was hurt to start but they are in contact three times a day.’ 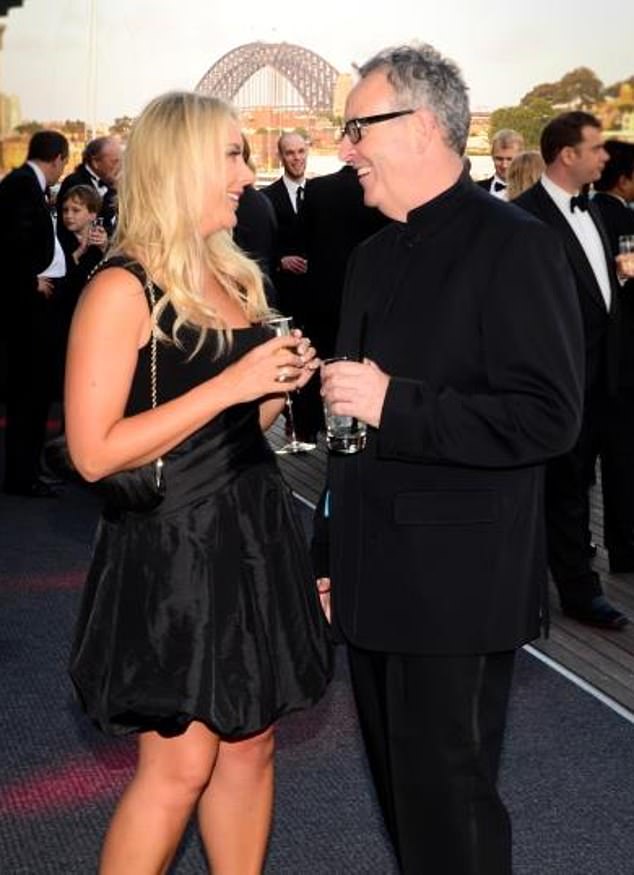 Burrell has remained in regular contact with Smith as he undergoes rehab. ‘Susie has not walked out on Chris, not before or since,’ a source close to the family said. ‘In fact, they are working together to survive this and rebuild.’ (The couple is pictured  in 2012) 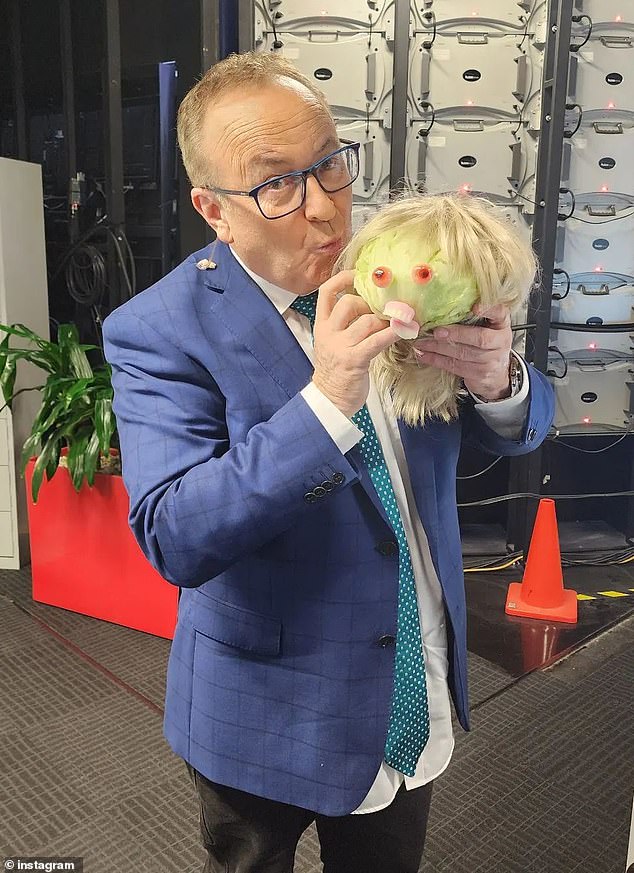 Smith has apologised for his conduct which he blamed on long-standing problems with alcohol and bipolar disorder, and checked himself in a mental health facility

The source said Smith was attending regular counselling sessions and working on his recovery: ‘He’s trying to be Zen at the moment. Less manic and more chilled.’

Smith apologised on Monday for his ‘humiliating’ behaviour, citing alcoholism and mental health struggles for his inappropriate conduct.

Smith was previously suspended by 2GB following the station’s 2009 Christmas party where he behaved inappropriately towards several women and tried to kiss a female colleague.

He had also been demoted from his role as chief-of-staff at Nine Network’s A Current Affair after exposing himself at a farewell party in the late 1990s.

Hadley and Panahi both said Smith should not be allowed to return to their networks.

‘I’d be very surprised if he ever returns to anywhere ever again, and I’d say the radio and the TV industry won’t be poorer for him leaving it,’ Hadley told listeners.

‘It’ll be much better for him leaving it. So good riddance to bad rubbish.’

‘I am beyond gutted and devastated to know I have upset my colleagues after our Christmas party,’ Smith said on Monday.

‘I apologise profusely to the women I upset. That’s not the man I am at work, ever, as they will all attest. They have been so supportive to me and do not deserve such drunken treatment.

‘I have a recurring problem with alcohol… it sends me manic. I am in a facility receiving professional help to deal conclusively with my abuse of alcohol and solve this once and for all, without qualification… it can and will be done.

‘I am also terribly upset about humiliating myself with people I respect and admire. I have been blessed to call them close colleagues.

‘I pride myself on my professionalism and work ethic but I have dropped the ball and embarrassed many people including those I love most – my family. I am very sorry.’