She live tweeted her way through a nightmare flight on Tuesday – which saw her Tokyo-bound plane return to LAX after a whole four hours in the air.

But after a string of hilarious posts, Chrissy Teigen revealed she and husband John Legend were finally on their way to Japan on Wednesday, after boarding a second flight.

In her usual playful style, the model, 32, documented the couple’s evening stranded at LAX on Twitter – joking she was only calm because she was sober, and that the airport were plying her with Real Housewives to keep off social media, before revealing they had finally taken off.

Travel woes: Chrissy Teigen revealed she and John Legend were finally on their way to Japan on Wednesday – after their first plane returned to LAX four hours into its journey on Tuesday

On Boxing Day Chrissy revealed the couple’s flight was returning to LAX after four hours in the air, following the discovery of an ‘unauthorized person’ on board.

First being interviewed by police upon their return to LA, Chrissy and John were then left stranded in LAX for almost twelve hours – which the model hilariously documented on Twitter.

Revealing the airline had provided Bravo and a bowl of ramen as entertainment, she first joked to fans: ‘I’m in a room with water and a tv! The government is using real housewives to keep me quiet !!!!!!’ 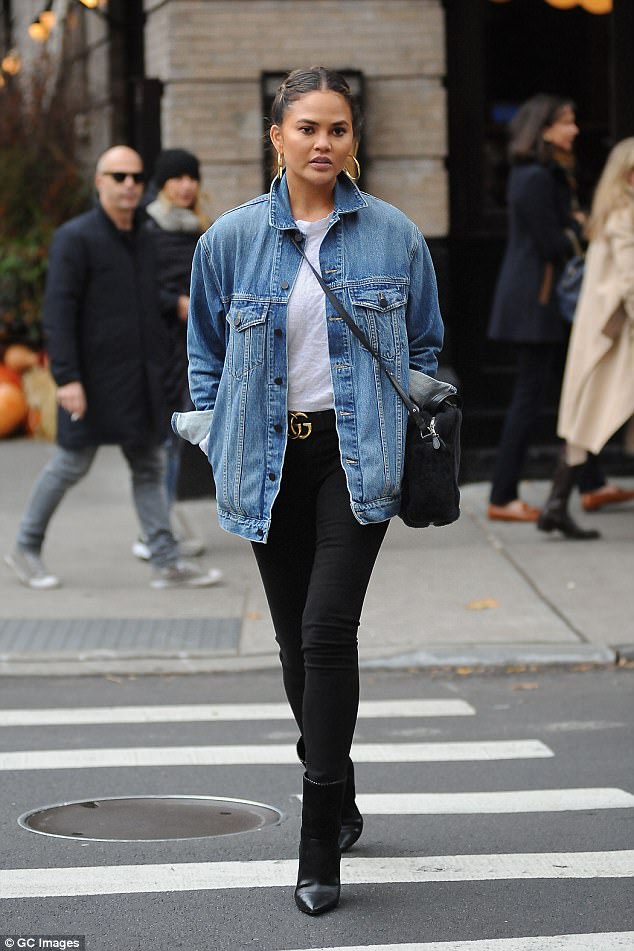 Keeping entertained: The model, 32, documented the saga on Twitter – joking she was only calm because she was sober before revealing they had finally boarded a second flight 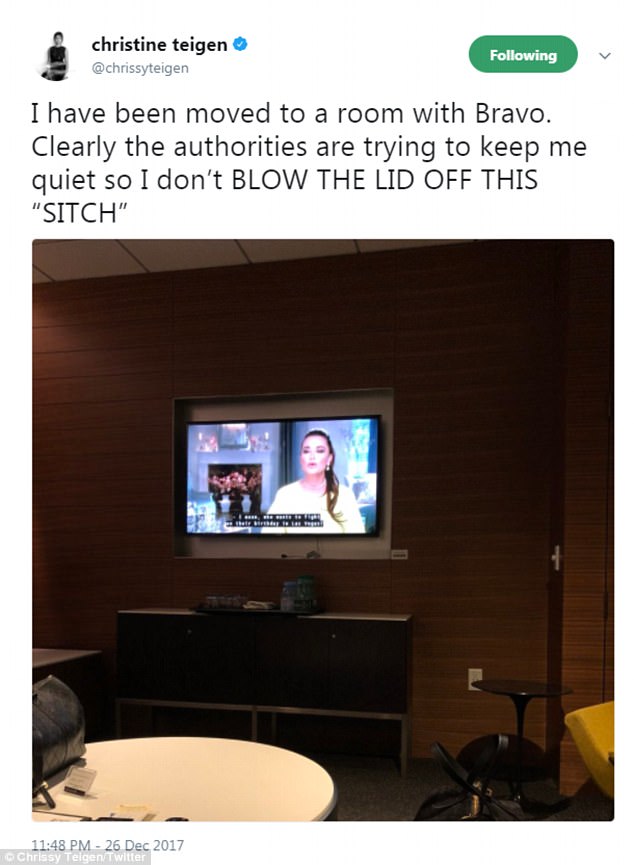 Joker: Chrissy and John were left stranded in LAX for almost twelve hours, and she joked they were entertaining her with TV to ‘keep her quiet’ 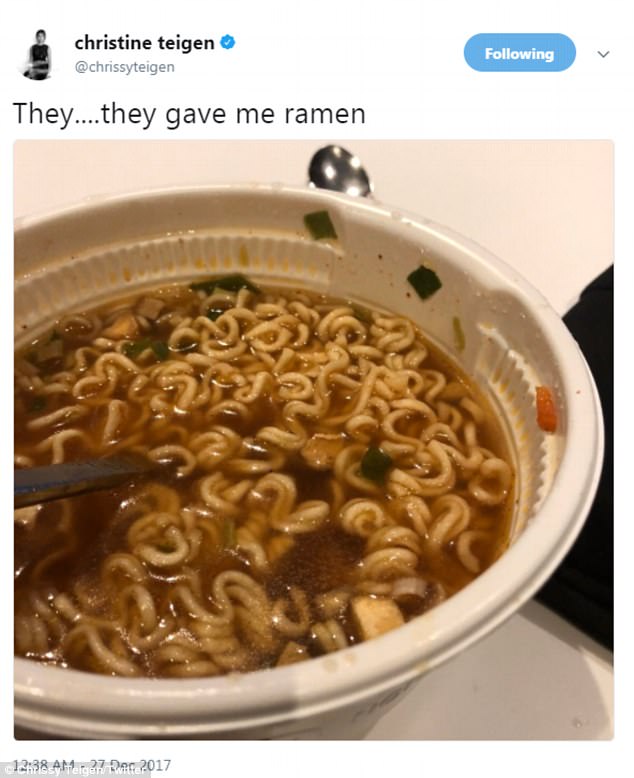 Unimpressed: She also revealed she was given instant noodles for dinner, and shared a photo of the watery dish for fans

She also revealed she was given instant noodles for dinner, writing beside a photo of the watery dish, clearly unimpressed: ‘They… they gave me ramen.’

After eight hours in the air to land back where they began, Chrissy and John soon fell asleep amid their travel woes – with the model announcing a whole three hours later: ‘I just woke up. Still here.’

She continued to joke about her witty live posts, responding to a fan who asked for updates: ‘No one will answer my questions. I told them I won’t tell anybody but I think they know what’s happening here on the Twitter.’ 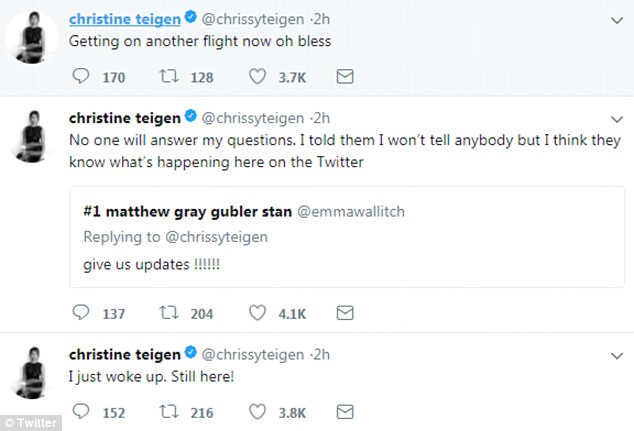 Chaos: She documented the ridiculous delay in a string of hilarious Tweets

Sober: When fans questioned how she had remained so calm throughout the turmoil, Chrissy joked it was only because she had no alcohol in her system 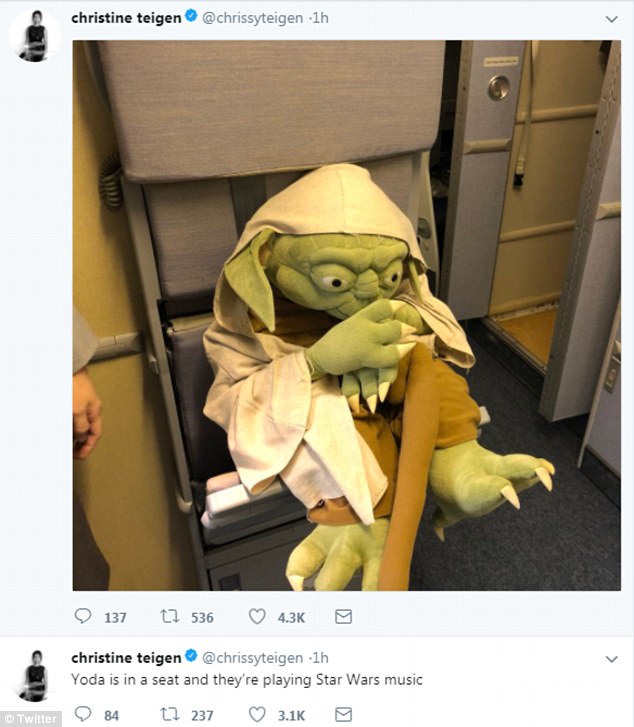 Bizarre: things only got more bizarre when the pair boarded the second plane – with Chrissy revealing she was sat next to Yoda (above) and the plane was playing the Star Wars theme

Yet, after a taxing twelve hours, Chrissy then revealed with delight: ‘Getting on another flight now oh bless.’

When fans questioned how she had remained so calm throughout the turmoil, Chrissy playfully claimed it was only because she had no alcohol in her system, due to her pregnancy.

She added: ‘Drinking Chrissy would be very mad. Sober Chrissy is forgiving and patient.’

As if the situation had not been chaotic enough, things only got more bizarre when the pair boarded the second plane. 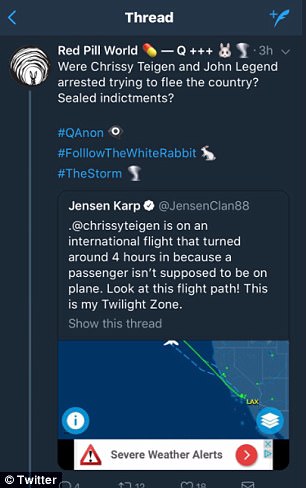 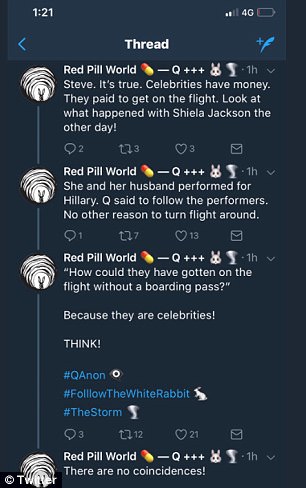 Controversy: She then proceeded to retweet one follower’s belief that she and John were trying to flee the US, and were part of a wider corruption

Off we go: With their flight finally leaving for Japan, she rounded off her social media display with a joke about the plane food

Chrissy next tweeted: ‘Yoda is in a seat and they’re playing Star Wars music’, before confirming the strange incident with a photo of a toy character on board, and a short clip of the famous theme tune, playing out of the speakers.

She then proceeded to retweet one follower’s belief that she and John were trying to flee the US, and were part of a wider corruption.

Sharing photos of the tweets, Chrissy simple wrote: ‘Hands down my favorite takes of the night. Not just 2 people wanting to go to Tokyo for new year’s eve and sushi, nope.’ 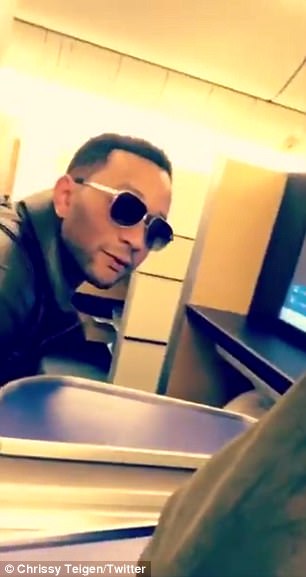 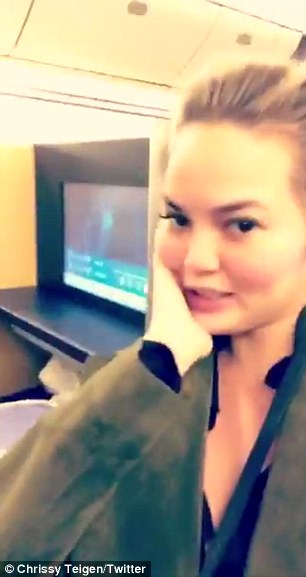 Nightmare: Chrissy and John’s Tokyo-bound flight from LAX was forced to turn around four hours into its journey on Tuesday, after an ‘unauthorised person’ made it onto the plane 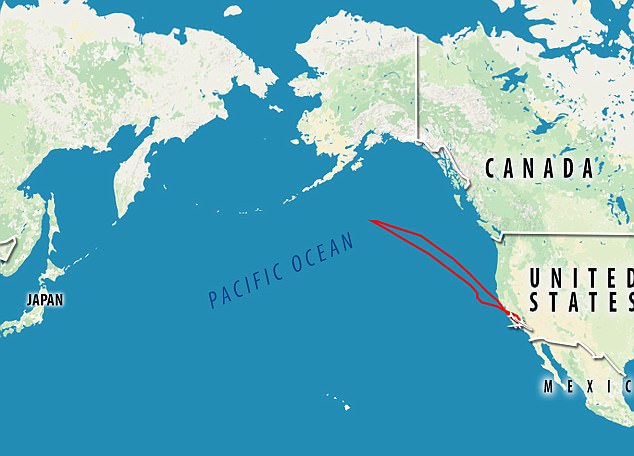 Stressful: Four hours into a flight bound for Tokyo an unauthorized person was discovered on-board. It seems the passenger was on the wrong airline- causing the flight to be diverted

Chrissy and John’s Tokyo-bound flight from LAX was forced to turn around four hours into its journey after an ‘unauthorised person’ made it onto the plane.

All Nippon Airways flight 175 took off at 11:36am local time, but was back on US soil eight hours later after the breach forced them to make a u-turn.

The bizarre situation caused confusion among many passengers, including Teigen, who was heading on a vacation with her musician husband.

The actress and model, who is pregnant with their second child, had shared her frustration on Twitter and tried to make sense of what was going on. 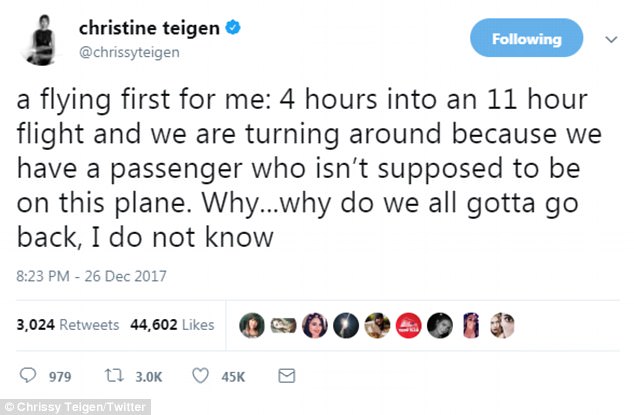 Chrissy Teigen tweeted the entire debacle of a flight that took off for LAX bound for Tokyo, but had to be turned around four hours into the trip for an unauthorized passenger on board

What a trip: LAX to LAX and it only took eight hours to complete, per Teigen

‘A flying first for me: 4 hours into an 11 hour flight and we are turning around because we have a passenger who isn’t supposed to be on this plane. Why…why do we all gotta go back, I do not know,’ she shared on Twitter, certainly happy she sprung for the in-flight WiFi.

While the situation was frustrating for everyone on board, Teigen was taking it in stride and saw amusement in the baffling situation. ‘I don’t know why I’m not more upset about this. The pleasure I get out of the story is worth more to me than a direct flight to Tokyo.’

‘Lmao after all this I will have spent 8 hours on a flight to nowhere. Like we were all just havin a great time up here flyin in the sky watching gran torino time to go home now,’ apparently the in flight movie playing was Gran Torino, according to the model. 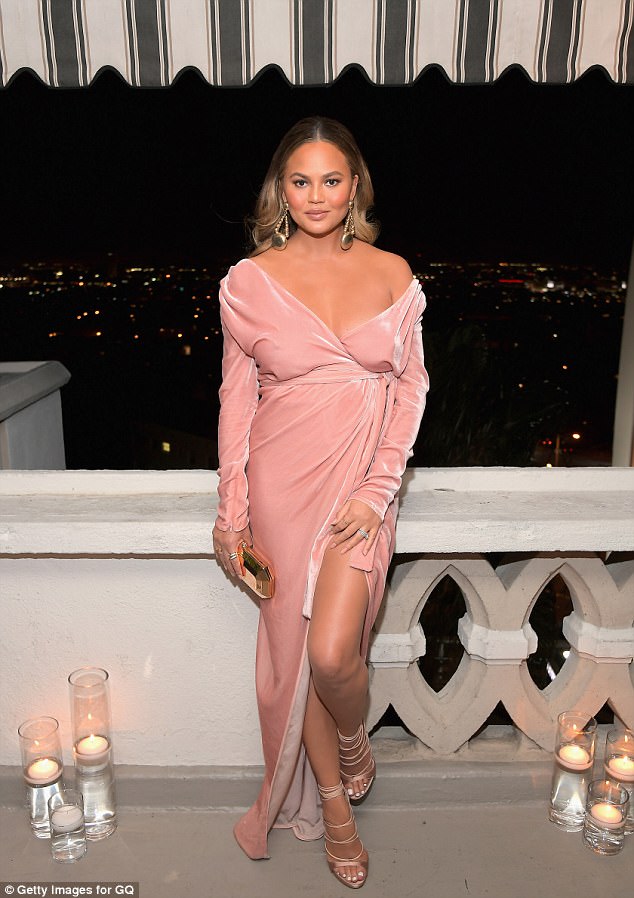 ‘This is my dream’: The nightmare journey did not end once the flight landed at LAX because passengers would be interviewed for 20 minutes by police before they deplaned

Teigen shared a video of her and Legend waiting around inside the plane after they landed, which she told her husband: ‘Thank you so much for taking me on this awesome vacation babe,’ to which Legend deadpans: ‘Welcome to Los Angeles.’

LAX Airport Police told local ABC7 officers would have a unit and supervisors on scene when the flight arrived back to its original departure point.

Authorities said the flight’s return to it’s point of origin was because of a ‘mix up and was straightened up.’

‘They keep saying the person had a United ticket. We are on ANA. So basically the boarding pass scanner is just a beedoop machine that makes beedoop noises that register to nowhere,’ Teigen tweeted.

If the situation was that a person with the wrong ticket, and wrong airline, boarded the flight bound for Tokyo, it remained unconfirmed late into the evening.

DailyMail.ocm reached out to ANA Airlines, as well as LAWA Police, who did not respond.

The nightmare journey did not end once the plane landed however, as the model also shared that all of the passengers would be interviewed by police for 20 minutes before they could deplane.

Yet, well after passengers exited the flight, Teigen was tweeting she was sequestered in a room. It was unclear if other passengers were with her.

Teigen boasts over 9million Twitter followers, and her detailed play by play of the bizarre incident was further circulated as the night wore on.