Christian Bale and Harry Melling disappeared behind their period costumes in a new first-look photo released Wednesday from their upcoming historical thriller The Pale Blue Eye.

The image, which included a photo of each actor in styled to look as if they were taken back in the early 19th century, shows them in their costumes for the murder mystery.

Bale, 48, reunites with director Scott Cooper (Crazy Heart) to play a retired constable investigating a series of gory murders, while Melling, 33, plays a young Edgar Allan Poe, who joins forces with the detective in 1830.

First look: Christian Bale and Harry Melling were pictured in period-style photographs in a new image released Wednesday from their historical thriller The Pale Blue Eye

Bale, who has sported a shaggy beard during his recent publicity tour for David O. Russell’s poorly reviewed box office bomb Amsterdam, also wears a beard in the publicity photo, though his current shaggy hair is replaced with a shorter, more jagged cut.

He is dressed in a long black double-breasted overcoat as he dusts off a top hat in his hands while gazing into the camera.

Melling has also lately been wearing longish hair, which matched photos of the scraggly Poe, who died in 1849 at only 40 years old.

The Queen’s Gambit actor was dressed in what appeared to be a uniform, likely a reference to Poe’s stint in the United States Army in the late 1820s. 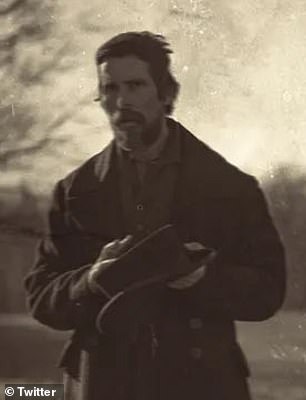 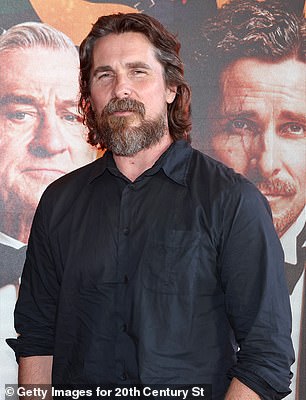 Sticking with it: Bale, who sported a shaggy beard during his recent publicity tour for David O. Russell’s poorly reviewed box office bomb Amsterdam, also wears a beard in the publicity photo. He is dressed in a long black double-breasted overcoat as he dusts off a top hat

Nailed it: Melling has also lately worn longish hair, which matched photos of the scraggly Poe, who died in 1849 at 40 years old. The Queen’s Gambit actor was dressed in what appeared to be a uniform, likely a reference to Poe’s stint in the United States Army in the late 1820s

Both images were black and white and slightly out of focus, with tiny blemishes dotted throughout to give them the appearance of being period photographs.

Neither actor smiled in the pictures, both to match The Pale Blue Eye’s dark subject matter, and to be period accurate, as cameras of the time took a lengthy time to get the proper exposure.

His character, the retired detective Augustus Landor, is known for using cutting-edge forensic techniques to find his culprits, but he’s pulled back into service when men serving at nearby West Point are discovered hanged with their hearts cut out.

‘He’s someone who is obviously accustomed to observing other people rather than being observed, due to the nature of his profession,’ Bale continued. ‘He’s successful at what he’s done, but has now completed that chapter of his life. He certainly has adopted a certain way of living, which isn’t really working for him anymore.’ 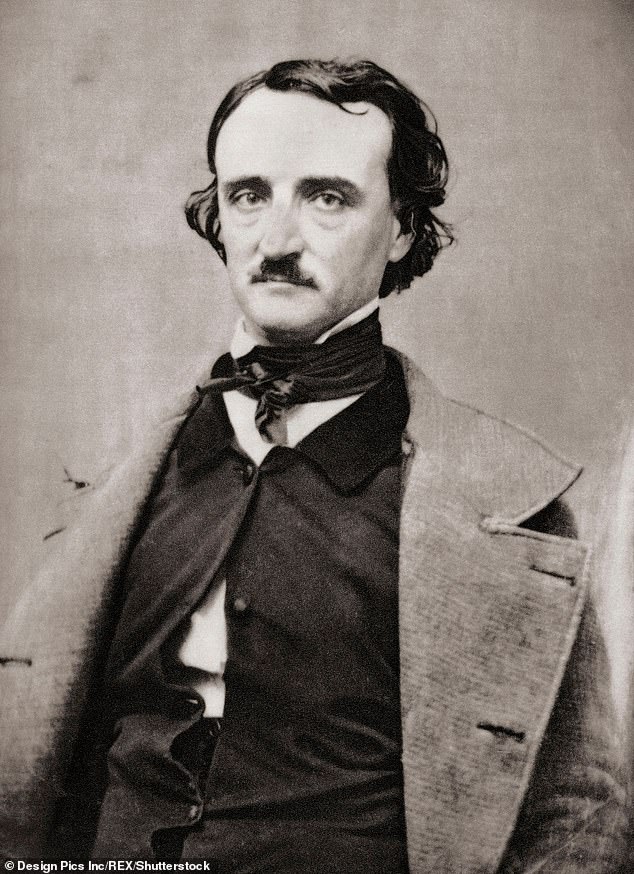 Mystery: Bale plays a retired detective brought back in to investigate a series of murders at West Point, while Melling plays Poe as a young cadet before he launched his literary career; Poe pictured

Poe is a cadet at the military academy when he joins forces with Bale’s character. His inquisitive mind and interest in the occult appear to aid the investigation.

The film, his third with director Scott Cooper, has been in development for over a decade.

‘I thought, Okay, I have an opportunity to do three things with this film: Fashion a whodunit, a father and son love story, and then a Poe origin story,’ Cooper explained to the publication.

‘Poe at this young age was quite warm and witty and humorous and very Southernly. The experiences that I’m putting forth in this film led him down the darker paths that we have come to know him for.’

The film has an all-star supporting cast, which includes a rare role for 91-year-old acting legend Robert Duvall, whom Cooper say is like a ‘second father’ to him.

The Pale Blue Eye will be released on December 23 in theaters, followed by a January 6 streaming release on Netflix. 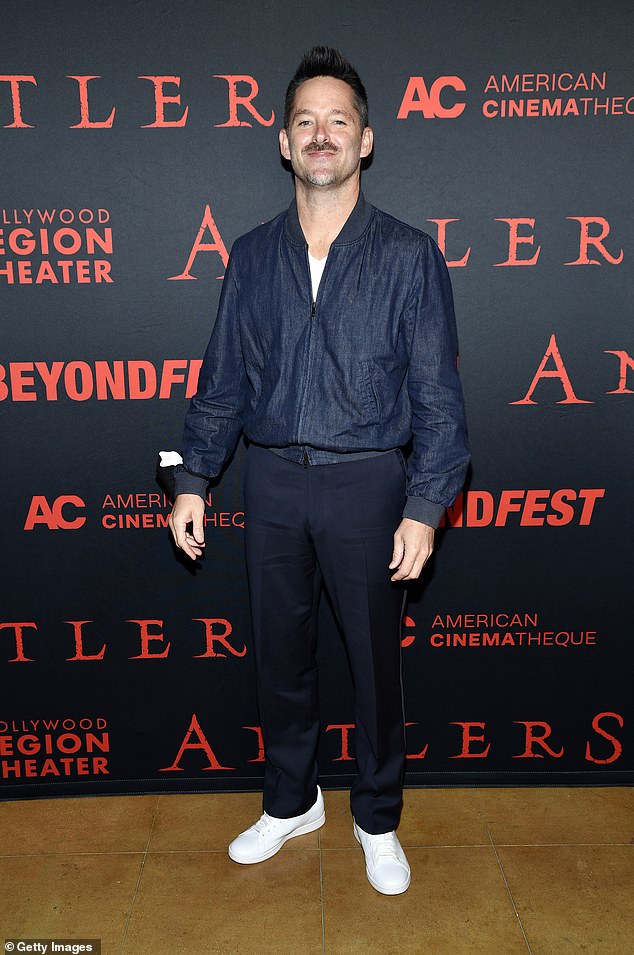 Back at it: The movie is Bale’s third collaboration with writer and director Scott Cooper; seen in October 2021 in LA