Parents slam expensive Christian school’s new ‘medieval, cult-like’ uniforms and demand they be scrapped – but the principal shrugs them off with a withering one-liner

The principal of a Christian school has passionately defended his institution after it was mocked over plans for a new ‘medieval, cult-like’ uniform.

Parents of students at Christian College Geelong in Victoria started a Facebook petition calling for the ‘monotonous’ design for 2024 to be scrapped.

Over a thousand people have signed the petition, with parents describing the uniform as ‘straight out of an orphanage’ and ‘drab, lifeless and shapeless’.

Others questioned why the school, which charges up to $16,425 a year, felt the need to update the uniform when students hadn’t been on campus for two years.

Principal Glen McKeeman told Daily Mail Australia the complaints were orchestrated by a small group of parents ‘who are not happy about life’.

Mr McKeeman  admitted he had received 35 emails about the uniforms but felt that represented a small percentage of the 1580 families with 2200 kids at the school.

‘The school is hurting over this,’ he said. 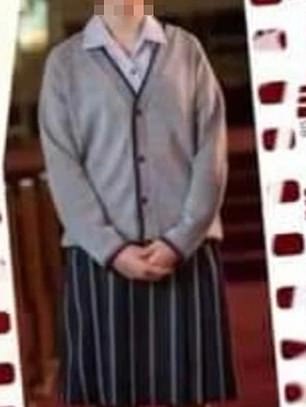 He claimed the uniform controversy was unfair because the criticism was based on two photos of grey items of clothing shared on Facebook.

‘This was disappointing, as the screen shots were of poor quality, did not present the full range of the new wardrobe, or contain the accompanying explanation of the process and design,’ a statement from the school said.

‘The truth of the uniforms is there are several colourful pieces to choose from in the kids’ new ‘wardrobe’, Mr McKeeman added.

Students and parents who signed the petition didn’t hold back with their criticism.

‘I would rather drop out than wear this monotonous garbage,’ wrote one student.

‘Do they want us to look like old librarians?’ wrote a second, with a third joking: ‘I didn’t realise the school was still an orphanage.’

‘This is not the uniform to reflect the school. No student input. No parent input. Drab, lifeless, shapeless and not reflective of the school I want my children to have been a part of,’ wrote Penny Saunders.

‘What a step backwards from the current uniform. Also kids have not used the uniform for the last two years,’ added Elise Cahill. 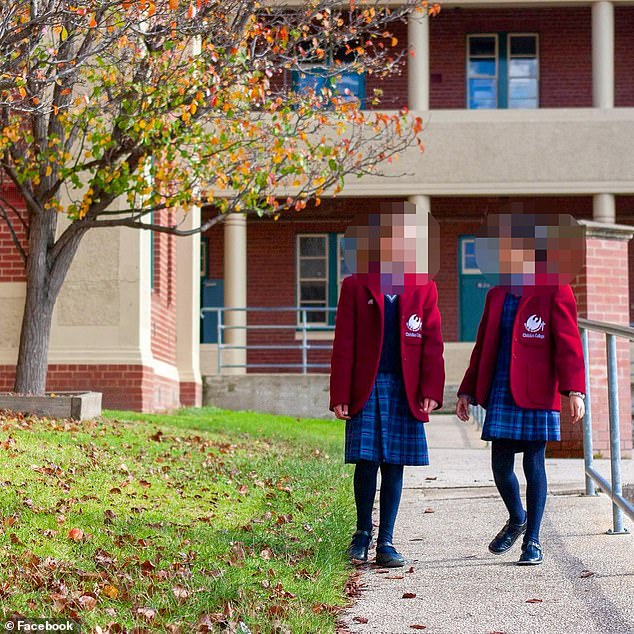 Mr McKeeman assured parents the new uniform had plenty of colour in it, including the school’s signature cranberry blazers

Other questioned the timing of the uniform upgrade, saying it would be hard to come up with the extra money after enduring two years of Covid lockdowns.

‘How ridiculous. At a time when many families are struggling to make ends meet, why would you add this expense?!’ wrote one parent.

‘Absolutely disgusting nothing but a total money grab!!! What does it say in the Bible about greed?’ added another.

Mr McKeeman said abuse directed at the school had caused a lot of ‘angst’ considering ‘dozens of students and at least 10 parents over three years’ had been involved in the uniform design.

‘We worked with focus groups and two of the best school uniform designers in Australia.’

‘I love Harry Potter, I read it to my kids. The students here can read it, we’ve got no problem with them,’ he said.

‘We’ve been painted as a fundamentalist school with very narrow views and it’s just not true.’ 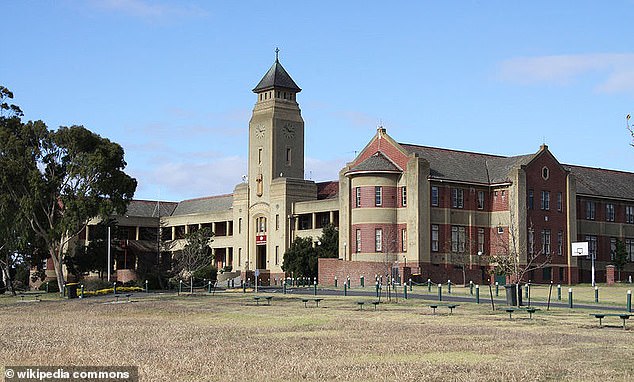