Christian Eriksen: Fabrice Muamba will sit down with Denmark midfielder ‘when the time is right’

Fabrice Muamba knows Christian Eriksen is in a better place as he recovers from his cardiac arrest during Denmark’s clash with Finland on the opening weekend of Euro 2020.

The footballing world rallied around the Inter Milan midfielder after he slumped to the turf during the match at Copenhagen’s Parken Stadium, as the quick reactions of team-mate Simon Kjaer and the team’s medical staff saving his life on the pitch.

The incident resonated deeply with Muamba, who had to be resuscitated on the pitch in 2012 during Bolton’s FA Cup clash with Tottenham at White Hart Lane.

It is that unique level of empathy that prompted Tottenham’s medical staff to get in touch with the stricken player they treated that day in the hope he may provide an insight to help their former Danish star.

It is how Muamba knows his fellow professional is coping well. How he knows will remain between the two for now, though.

‘I can’t tell you that!, he laughs when asked by Sportsmail what Eriksen had told him about his current state. ‘But it was a good response. From what I read, it was good. 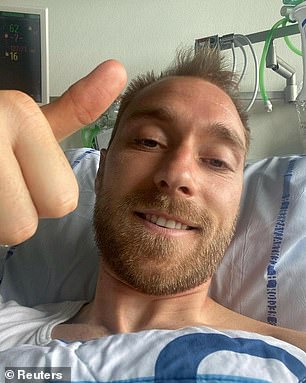 ‘The Spurs medical staff got in touch with me and asked if I could speak to him. I sent a message, but you have to give the guy space.

‘It’s been a lot for him in the past two weeks. When the time is right I’m sure I’ll be able to sit down and have a conversation with him.

‘There’s been an exchange of text messaged between me and him. But going forward, if he ever needs to have a conversation with regards to what it’s like, I’m happy to share my experiences with him.’

Muamba himself went through a range of emotions on Saturday 12 June. There was the shock of the images from Denmark  – ‘You’re watching it thinking: “Come on, this can’t happen again” – and messages of support from those thinking of him during the all-too-familiar scenes.

There was also anger at the length of time taken by the BBC to cut away from the intrusive footage from the pitch. For those that couldn’t cut away, living every moment on the pitch, he believes it is important they seek counselling over the trauma of the situation.

But his main thoughts were with Eriksen. It has now been confirmed the 29-year-old has been fitted with an ICD (implantable cardioverter-defibrillator), the same device worn by Holland and Ajax defender Daley Blind.

While the former Manchester United star’s condition is different, it shows the implant does not spell an end to Eriksen’s time on the pitch – though there is still plenty to consider. 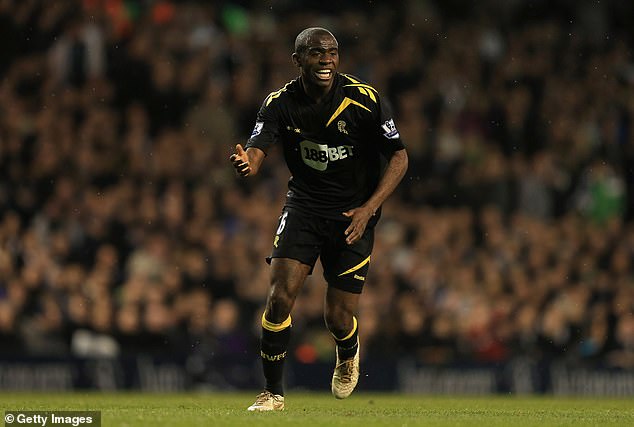 Fabrice Muamba went through a similar ordeal, collapsing against Tottenham in March 2012

Rules within the game in Italy over player fitness means resuming with Inter comes with serious stumbling blocks to overcome, but questions over whether he will be play again should currently be an afterthought, insists Muamba.

‘Your number one priority is your health,’ says the 33-year-old, who was attending the launch of the Venturi Cardiology clinic. ‘You’ve got to remember he has a young family too.

‘At the end of the day, football is a business. Serie A is the brand and you want to protect the brand. Christian Eriksen is part of the product. As harsh as it sounds, you are always trying to the best for it.

‘At the same time, does he really want to go back and play? That’s down to him.

‘If he says he wants to, then there’s a lot checks and routines. You’d probably give him six or seven months, you’d hope by December he’d be able to come out and see what happens. 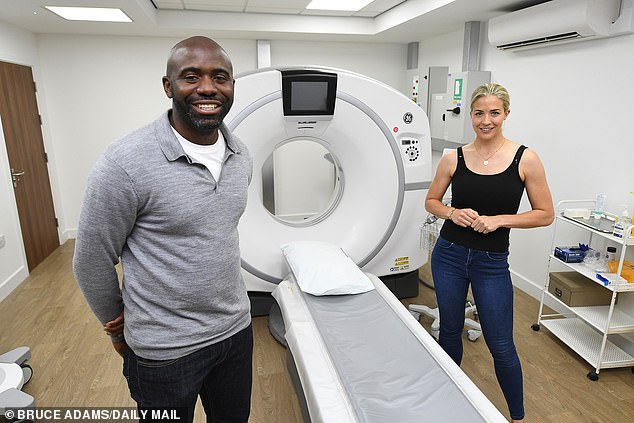 When the decision does come, Muamba is all too aware that it will be a tough one to make.

However, he insists that nothing should be put in front of Eriksen’s health.

‘I was upset, I was really disappointed,’ admits Muamba when asked about quitting the game.

‘I thought to myself at that particular moment, “Why has this happened to me?”

‘But it was the best decision. Because I’m still here to be able to see my kids. Thar’s the most important thing.

‘When you look at the whole situation, you are upset at that particular moment, but when you see the overview, when you see the other side of it, how you could have been, I don’t think you should even think twice about it.

‘Yes you are allowed to be upset, but just be happy that you are still getting to see your family, and get up every day as well.’