Christians are facing an alarming rise in persecution warns church group, as it lists 50 most dangerous countries in the world to worship the religion

Christians are facing an alarming rise in persecution, a church group has warned, as it reveals the most dangerous countries in the world to worship the religion.

The international Open Doors organisation has updated its World Watch List of the 50 most dangerous countries to be a Christian.

It expressed concern at the increased strength of Islamic militant groups in countries like Somalia, Libya and Yemen and warned that as extremists were driven out of the Middle East almost 30 fundamentalist groups were relocating to sub-Sharan Africa.

The 50 worst places to be Christian

But Syria, where ISIS is close to defeat after eight years of sectarian conflict that has impacted on the country’s ancient Christian community, dropped to 11 on the list. Neighbouring Iraq was at number 13.

The group said Nigeria and Pakistan saw the highest levels of violent persecution of Christian.

‘The murder of entire families in their homes has led many Christians to claim such attacks amount to a campaign of ethno-religious cleansing,’ Open Doors said.

Fears over Pakistan Christians were raised last year after 53-year-old mother Asia Bibi was banned from leaving the country while aquittal on blasphemy charges was reviewed.

In Myanmar, where the international focus is on the plight of Rohingya Muslims, Open Doors said that thousands of members of the mostly Christian Karen minority had been killed and 120,000 displaced.

Communist China rose 16 places to 27 on the list after the new Regulations for Religious Affairs came into force in February 2018.

Open Doors said the rules forbid children and youth from hearing sermons, forcing churches to put up signs banning under-18s from services and to close Sunday schools and nurseries.

North Korea tops the list for the 18th year running, where Open Doors claimed ‘any faith not placed in the Supreme Leader is a political crime.’ 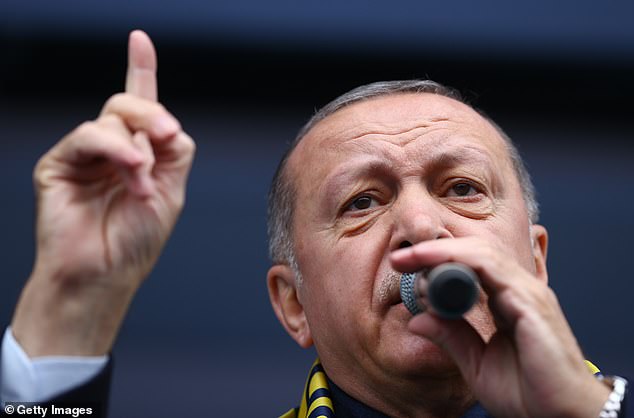 But the group welcomed the release by the ‘stiflingly authoritarian regime’ last year of three Korean-American Christians jailed for alleged ‘hostile acts’ amid the ongoing détente between Washington and Pyongyang. 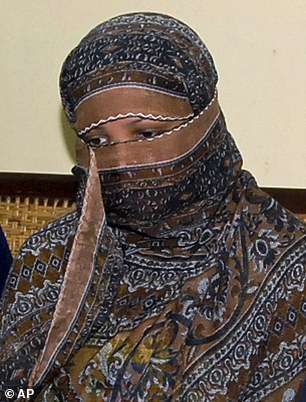 Two of them, Tony Kim and Kim Hak-Song, worked at the private Pyongyang University of Science and Technology which is funded by evangelical Christians in the US and China.

Seven of the top 10 countries on Open Doors’ list are majority Muslim countries, but the group also blamed nationalist politics for the persecution of Christians.

It accused Turkish President Recep Tayyip Erdogan of ‘stirring up ultra-nationalistic sentiment for some time,’ which has ’caused added difficulties for Christians in Turkey, especially Evangelicals.’

Open Doors said persecution of Indian Christians had ‘dramatically increased’ since Modi’s election in 2014, with the latest annual figures showing that 12,500 individulas and about 100 churches had been attacked, at least 200 people arrested ‘solely for their faith’ and at least 10 killed.

In his former position as chief minister of Gujarat state, Modi was accused of inciting the 2002 sectarian riots that left at least 790 Muslims and 254 Hindus dead.