Chelsea may be willing to allow Christian Pulisic to join Manchester United on loan if he agrees to extend his contract first.

Owner Todd Boehly would prefer to sell the USA captain rather than accede to United’s request to loan him but is considering the option should Pulisic agree to extend his contract which currently has two years left.

Chelsea would protect their asset in the process and hope that Pulisic impresses while at Old Trafford where he is likely to get more game time, increasing his market value.

Should the 23-year-old stay at Stamford Bridge, Pulisic risks spending most of the season on the bench – something he can ill afford with the World Cup fast approaching. That is a consideration compatriot Boehly will take into account.

United have a limited budget and want to utilise that predominantly on a midfielder and striker while also adding cover at right-back and goalkeeper.

They have asked to loan Pulisic with Erik ten Hag recognises he can give them cover in a number of forward positions.

Ten Hag’s priority has been to bring in a ball-playing number six but with Frenkie de Jong looking closer to joining Chelsea, they have turned to Real Madrid’s destructive midfield operator Casemiro.

Talks are ongoing for the 30-year-old Brazilian while representatives of Brighton’s Moises Caicedo are pushing his claims, as with Lazio’s Sergei Milinkovic-Savic.

United, who had made an enquiry for Chelsea striker Timo Werner prior to him re-joining Red Bull Leipzig, have asked about Pierre Emerick Aubameyang too at Barcelona. However, his preference is to join Chelsea should he leave and link up again with Thomas Tuchel.

United ideally want two forwards before the window closes to cover the possibility of Cristiano Ronaldo leaving amid interest from Sporting Lisbon and Atletico Madrid. 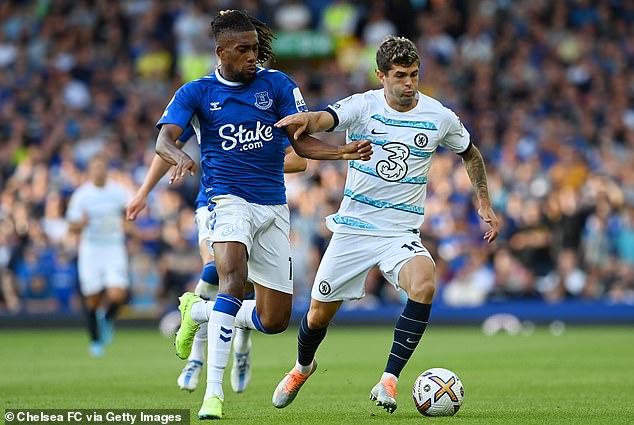 They continue to view Alvaro Morata at Atletico as a possible target but say interest in his teammate Matheus Cunha and Sasa Kalajdzic at Stuttgart is no longer ‘live’.

United have also enquired about Borussia Dortmund’s 30-year-old Belgian right-back Thomas Meunier as they continue discuss the prospect of selling Aaron Wan-Bissaka back to Crystal Palace at a substantial loss.

Swiss goalkeeper Yann Sommer has come under consideration also but the Borussia Monchengladbach stopper wants to push for a number one slot and is not prepared to come to Old Trafford as cover for second or third choice.