Two ambitious friends who spent lockdown learning how to launch an online clothing label have made almost $65,000 in their first month of business.

While other young men whiled away hours of isolation on Xbox and Instagram, Christian Russo, 18, and Jack Tanasi, 22, were on Zoom calls with small business owners, jotting down advice about starting their own.

With millions housebound, the boys from central Melbourne decided to create a website selling plush ponchos, socks and sleep masks, capitalising on the booming ‘locked down’ market for comfortable loungewear and accessories.

Daily Mail Australia has verified this figure from the company’s financial statements.

Customers wear the $89.95 ‘Frenchie’ ponchos, which have made Melbourne friends Christian Russo and Jack Tanasi a cool $65,000 in their first month of business 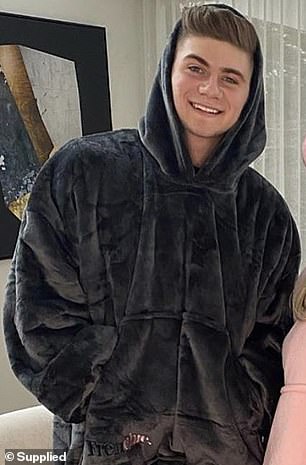 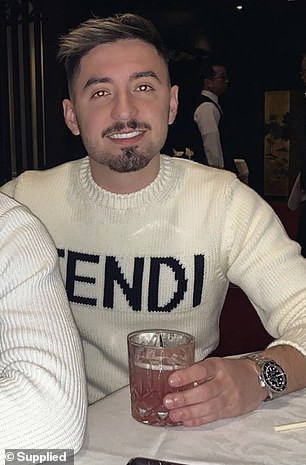 When COVID-19 reached Australian shores on January 25, it set in motion an extraordinary chain of events that would scupper Mr Tanasi’s marketing job and Mr Russo’s plans to launch Friday events at a nightclub in Melbourne.

After the federal government announced lockdown on March 23, the boys were determined to use the time productively and contacted local entrepreneurs for guidance on building a business.

‘We learned from their mistakes and the tips they gave us,’ Mr Tanasi told Daily Mail Australia.

‘We didn’t go into this with any arrogance, we just wanted to find out everything we could. We literally asked them every question under the sun about sourcing, budgeting, marketing, ads, just everything.’

After weeks of hunting for products that would ‘do well on social media’, they settled on $89.95 one-size-fits-all unisex ponchos, $7.95 ankle socks and $19.95 sleep masks, manufactured in Asia then shipped to their Melbourne headquarters. 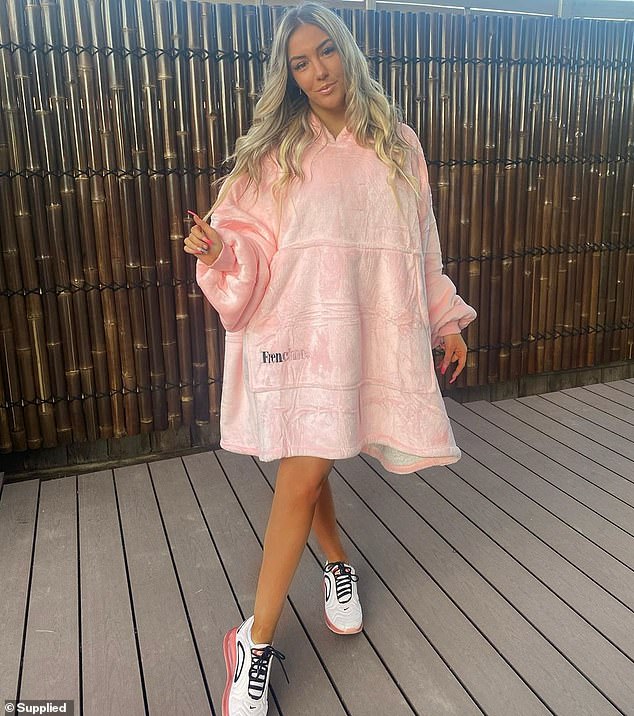 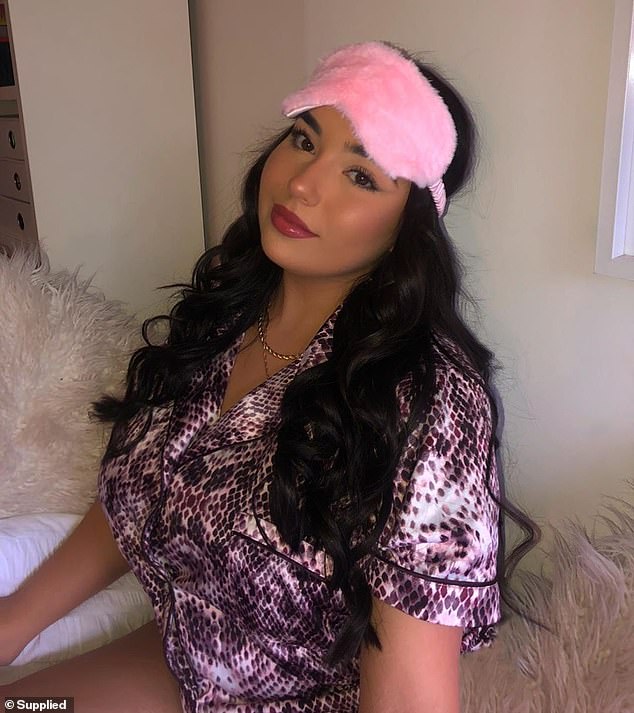 A customer wears a $19.95 Frenchies sleep mask, one of three products that have banked the founders five figures in one month

The cosy clothing is perfect for lazy days on the sofa and winter nights in front of the television – a short-term certainty for Melburnians who face stage three lockdown for at least another four and a half weeks.

That’s good news for Frenchies, which is among the few businesses likely to benefit from the draconian measures if retail figures from the first wave of isolation are anything to go by.

Tracksuits, elasticated pants and loose-fitting jumpers dominated clothing sales in March, when the loungewear category enjoyed a 120 percent increase in demand year-on-year according to data from Australian online retailer The Iconic. 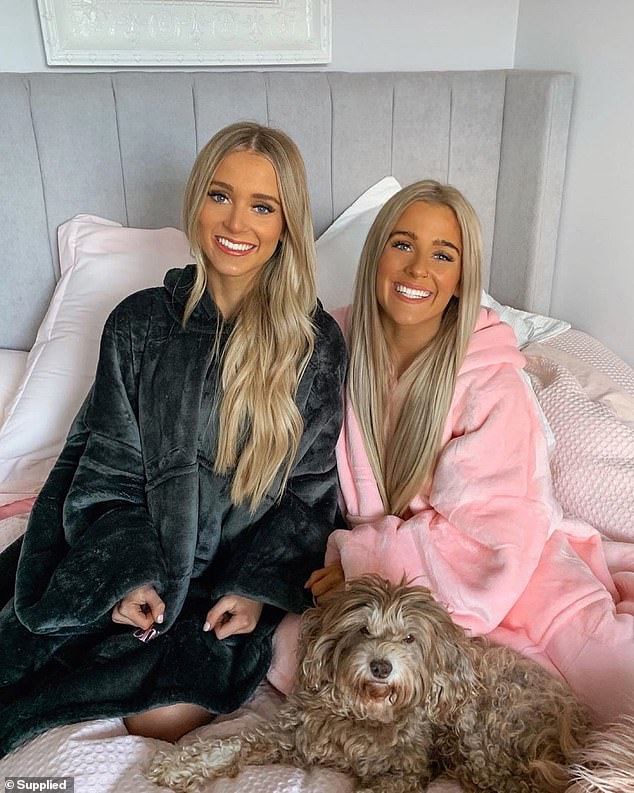 During their first week of trading customers snapped up one month’s worth of stock in 48 hours, causing a deluge or orders that Mr Tanasi confessed initially felt ‘very overwhelming’.

‘We’ve been in the office until 5am packing for the next morning a lot, but we’ve handled it well,’ he said.

‘We get along like yin and yang,’ Mr Tanasi said.

While he takes care of ‘front end’ aspects like marketing and influencer promotions, Mr Russo handles logistics, finances and inventory behind the scenes. 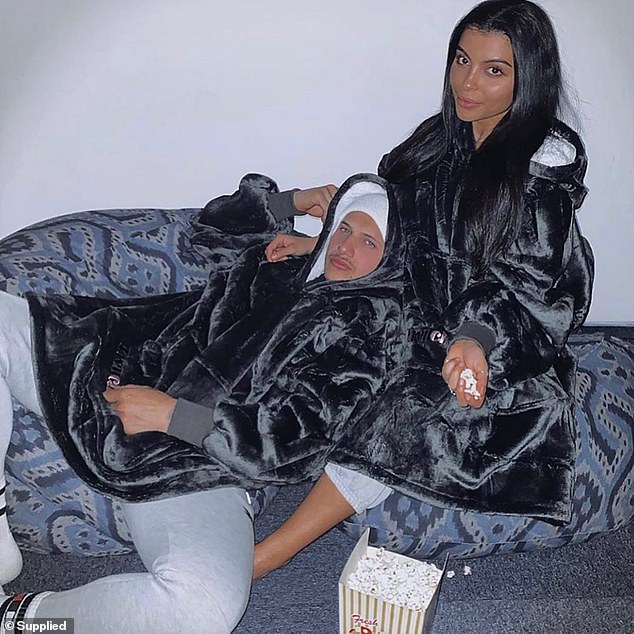 What two Melbourne boys learned about business in lockdown

Acquisition cost is the total cost that a company incurs for products or equipment after discounts, transport and other necessary expenditure before sale.

Successful entrepreneurs told Mr Russo and Mr Tanasi to view this as ‘the cost of finding your customer’, something they said should be at the forefront of a business person’s mind at all times.

Mr Russo and Mr Tanasi agreed they learned their most valuable lesson from small businesses rather than large corporations.

‘Even if a company does 10 sales a week, but they do it well, that can be enough. We felt we could learn from anyone, and we did,’ Mr Tanasi said.

Mr Tanasi said he learned the value of strategic marketing from the entrepreneurs he spoke to in isolation, which showed him how to create a brand that consumers would connect with.

‘We provide a product that our customers value and feel part of. That’s why we have ‘Frenchie family’ on our website,’ he said.

‘Our ponchos and accessories are stuff you wear hanging on the sofa with your friends and family, so we wanted to build the brand around that message.’

Conscious that their products are best suited to the cooler temperatures of the short Australian winter, the boys are already planning a summer range and a strategic marketing campaign that they hope will circumvent seasonality.

‘We’re thinking about running social media ads in Europe and America when it gets into winter there,’ Mr Russo said.

‘We also want to release satin and polyester pyjamas sets, we feel there’s a real gap in the market for ladies pyjamas right now.’

The wider retail industry may be reeling from the impact of the virus crisis, but for these driven young friends at least, the pandemic has paid dividends.

‘We’re in the prime of our lives and we obviously can’t go out, so we said let’s make the most of it.’