So it’s no surprise that the aspiring reality star has plans to celebrate Christmas with a few drinks.

However, it looks like the 25-year-old’s plans didn’t go down too well with his family.

Ruffling feathers: Christian Wilkins intends to celebrate Christmas with a few drinks, but his plans have left his famous family less than impressed. Pictured on November 25 in Sydney

‘Telling my family I’m going to get really drunk on Xmas and be the “lit star” for the tree has not gone down as well as expected,’ he tweeted.

A lover of the limelight, Christian has stepped out of Richard’s shadow in recent years thanks to his growing catalogue of statement-making red carpet appearances.

Christian, who came out as gay in 2018, never shies away from bold colours, textures and patterns, pushing the envelope in terms of both style and gender stereotypes. 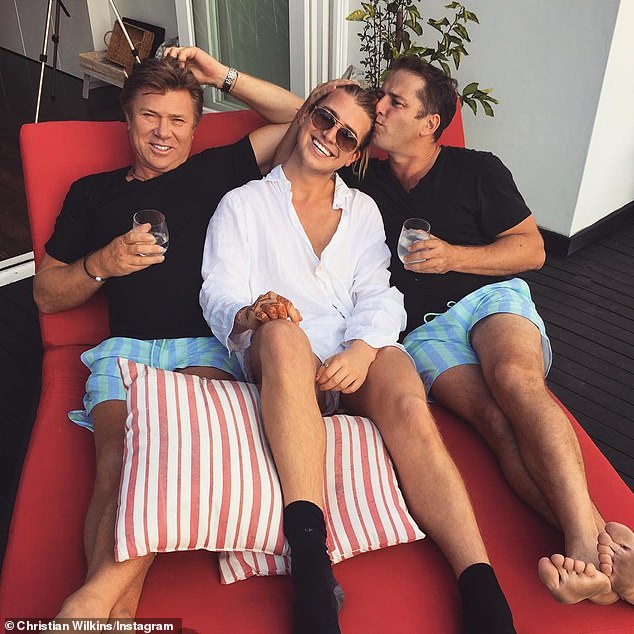 ‘Telling my family I’m going to get really drunk on Xmas and be the “lit star” for the tree has not gone down as well as expected,’ he tweeted

‘People used to call me a girl all the time because I was a gay guy who was very flamboyant, and did dance and singing,’ he said on his podcast, Radical Fashionism, last November.

‘People always used to call me a girl, and I always found that such a strange diss, because I feel like in order to be offended by something, what they’re calling you needs to be offensive.’ 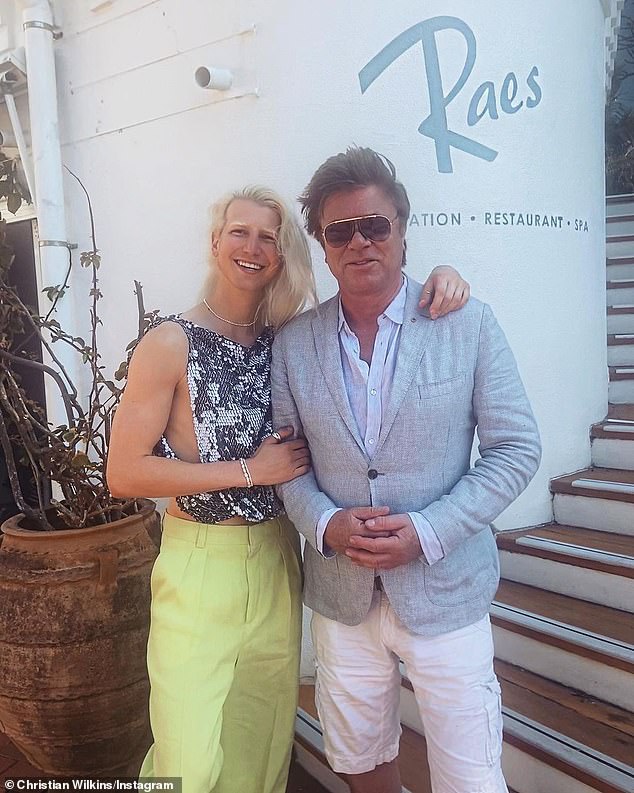 Family first: Christian is known for his close relationship with his famous father, Richard

For his ‘very Nordic character’, the socialite, who has carved out a name for himself as a model and stylist, dyed his locks and eyebrows white.

‘It is my first proper acting role so to really commit to an aesthetic for it has been so much fun,’ he told Sydney Confidential recently.

‘Acting has always been my numero uno so to be able to live my dream to do it feels so validating.’ 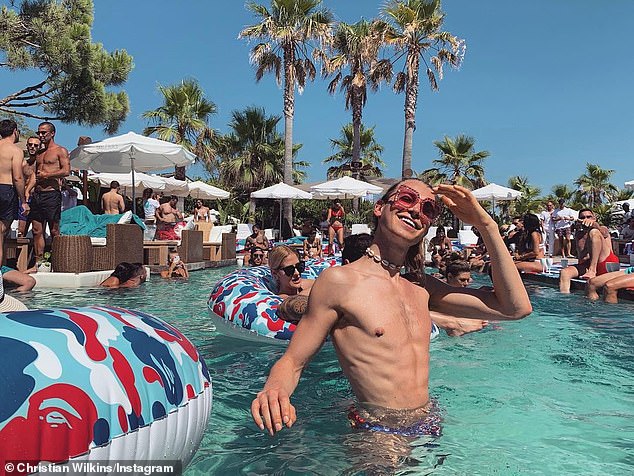 Work hard, play hard! Despite his love of partying, Christian is also focused on his acting career