New Jersey Gov. Chris Christie said Friday that he’ll be there with an endorsement if Donald Trump runs for a second term.

In a ‘Today’ show interview on NBC, Christie recalled that he was among the earliest high-profile Republicans to endorse the future president during the lengthy primary season.

And ‘if he runs again I would support him, yes,’ the governor said, ‘but I’m not so sure what would happen.’

New Jersey Gov. Chris Christie said that he’ll be back to endorse Trump in 2020 – IF he runs again 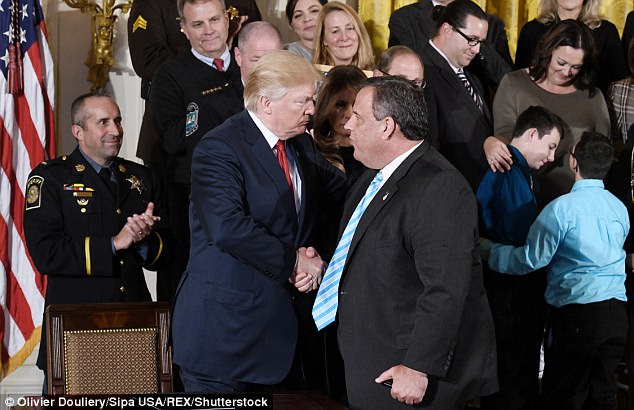 ‘Four years is a long time – and especially for someone who has not spent a lifetime in politics – so I think those years affect him differently.’

‘I’m sure the president will make whatever decision is best for him and his family and the country,’ Christie added, sounding ever more hypothetical.

‘If he runs again, absolutely I expect to be with him.’

Trump has spoken since before hs took office about his desire to hold it for two terms, not one.

‘Great meetings will take place today at Trump Tower concerning the formation of the people who will run our government for the next 8 years,’ reads one tweet Trump fired off two weeks after the 2016 election. 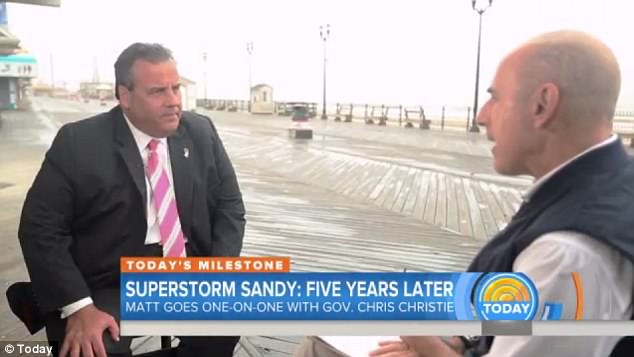 ‘Four years is a long time’ for a non-politician, Christie said, suggesting that Trump ‘will make whatever decision is best. … If he runs again, absolutely I expect to be with him’

On the second day of his presidency, Trump promised as he swore insome of his most senior aides that ‘we are going to do some great things over the next eight years.’

Then he repeated it: ‘Eight years.’

The Trumpian boast of a winning streak that can last longer than anyone else’s continued a day later, with presidential counselor Kellyanne Conway tut-tutting liberal political reporters.

‘The White House and the media are going to share joint custody of this nation for eight years,’ Conway said in a Fox News Channel interview. ‘And we ought to figure out how to co-parent.’

By early August, however, those same media voices were forecasting a fuzzy future for 2020.

Conway was back, telling ABC’s ‘This Week’ program that Trump was predicting ‘that he’ll be president for seven-and-a-half more years – so he plans on being a two-term president.’ 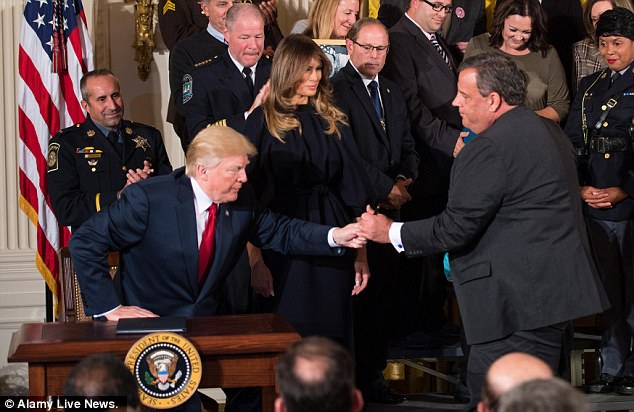 Christie, shown receiving the pen Trump used to sign his opioid public-health emergency order, was among the first high-profile Republicans to endorse him during the primary season

Fast-forward to just three weeks ago, and Trump was quelling concerns that his new chief of staff John Kelly might be a short-timer.

‘He’ll be here, in my opinion, for the entire remaining seven years,’ Trump said October 7 af the White House.

Christie chairs a drug abuse commission that Trump set up this year, whose findings led to Thursday’s declaration at the White House that opioid addiction represents a serious public health emergency.

The commission found that 142 Americans died every day from drug overdoses in 2015 – more than the number killed in car crashes and gun homicides combined.

Two-thirds of the drug overdose deaths in that year were linked to Percocet, OxyContin, heroin and the synthetic opiate fentanyl.

Christie praised Trump on Friday morning, saying his push to combat the epidemic of overdose deaths ‘gave compassion yesterday, and hope’ to families struggling with the epidemic.

He said on ‘MSNBC’s ‘Morning Joe’ program that ‘Congress is serious’ about countering the drug scourge and understands that it will take billions of dollars to make a dent in the problem.

Some critics say Trump’s ‘national public health emergency’ was a weak half-measure since it only lasts 90 days at a time.

Christie said that status will be renewed ‘over and over again.’