Christine Brinkley’s children Alexa Ray Joel, Sailor Brinkley-Cook, and Jack Brinkley-Cook happily posed together for a cover shoot for Hamptons magazine, but they insist they don’t like to be thought of as ‘celebrity children.’

The three siblings have been in the public eye since they were born thanks to their supermodel mother’s fame, and while they’ve lived a privileged life, they admit there is a dark side to growing up with famous parents.

Although Sailor, 21, and Alexa, 33, have both posed for magazine photoshoots with their 65-year-old mother in the past, they told the publication that constantly being compared to her has been hurtful. 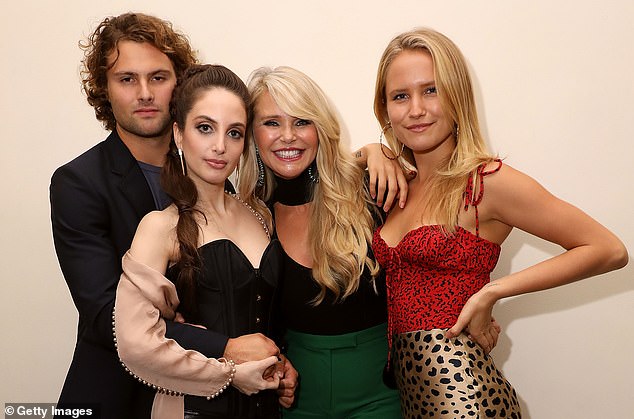 Opening up: Sailor and Alexa, who have both posed for magazine photoshoots with Christie, said they don’t like being labeled ‘celebrity children’ or ‘celebrity offspring’

‘I hate the term “celebrity children,”‘ Sailor said. ‘It can stunt your growth.’

Christie’s marriage to the singer was her second, and they divorced in 1994 after nine years together. The year of their split, she married Richard Taubman and welcomed Jack, who is now 24.

However, their brief marriage only lasted until 1995. The model wed Sailor’s father, architect Peter Cook, in 1996. He adopted Jack, and the couple spent 12 years together before they divorced in 2008. 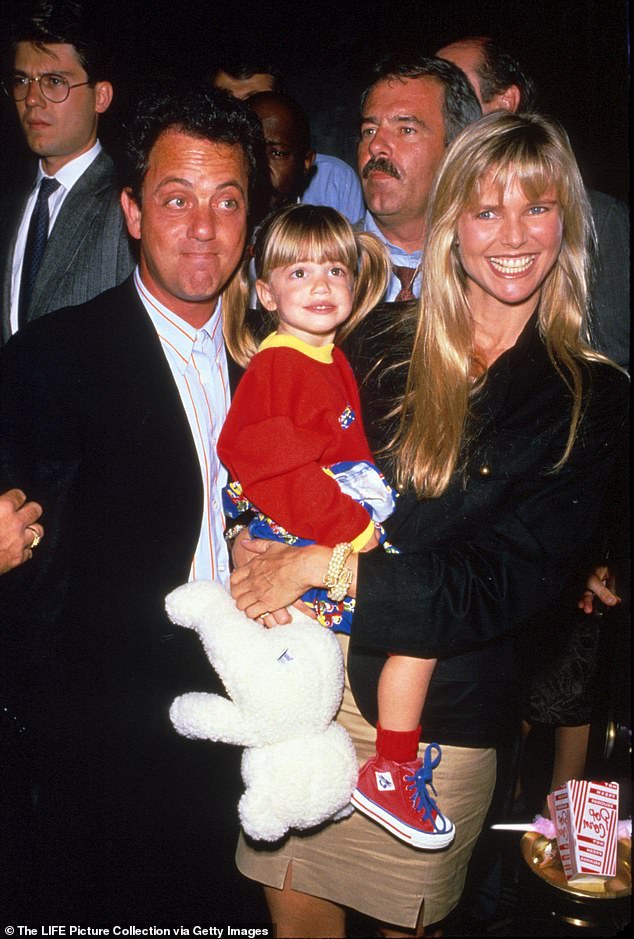 Throwback: Alexa’s father is superstar musician Billy Joel, who was married to Christie from 1985 to 1994 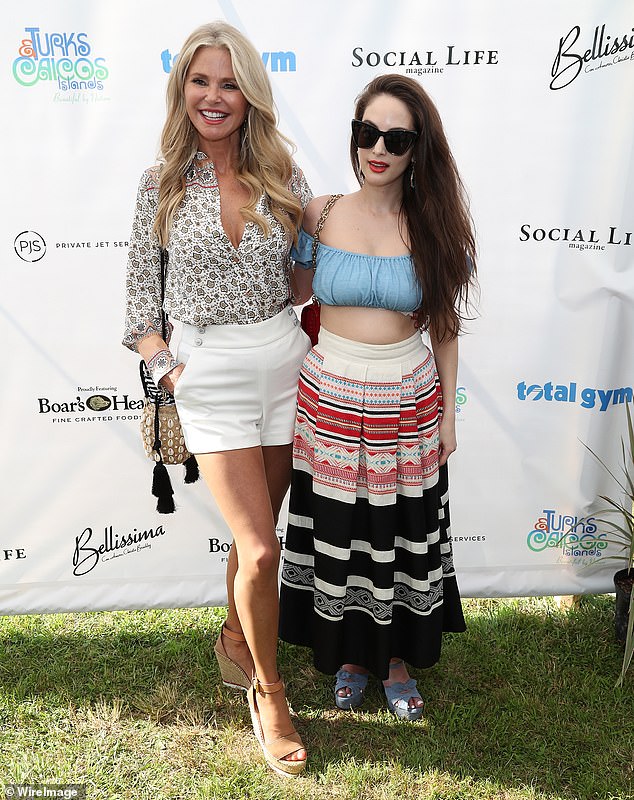 Hurtful: The 33-year-old, who is pictured with Christie in June, said she was relentlessly bullied growing up because she didn’t look like her mom

Like her mother, Sailor is a model and has even graced the pages of the Sports Illustrated Swimsuit Issue. After a gap year in Australia, she is returning to Parsons School of Design this fall to study photography.

She admitted she was constantly ‘body shamed’ and compared to her mom, and she wishes girls on social media would stop trying to please others.

‘I have been every size,’ she said. ‘I’m not the mini-Christie Brinkley. I’m myself. Now, I just try to post more normal things.’

Her older sister added: ‘I like to encourage girls to showcase other things, like a music clip… and to embrace women for who we are.’ 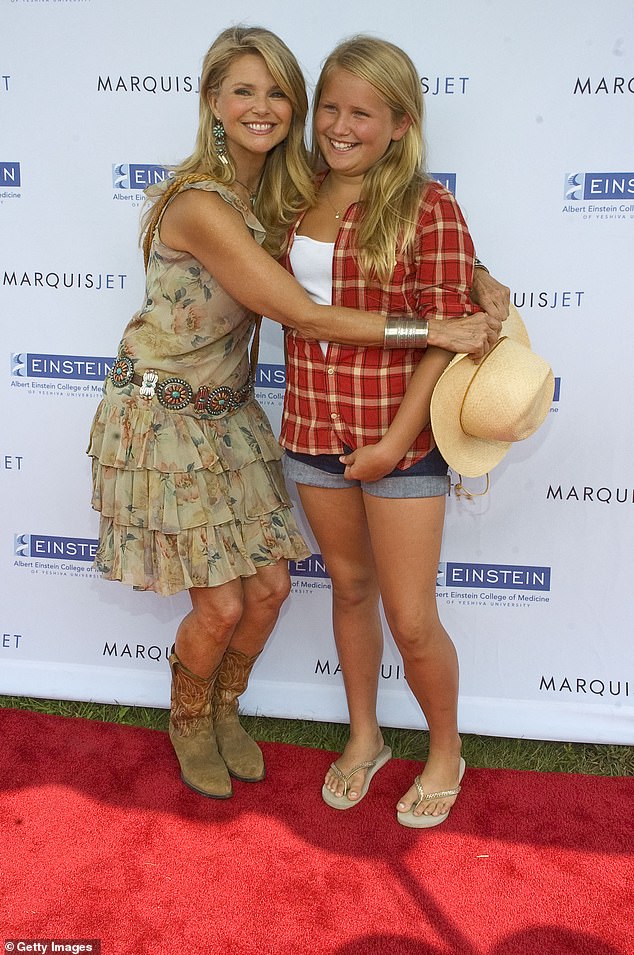 Looking back: Sailor, pictured with Christie in 2010, said she was constantly ‘body shamed’ and constantly compared to her mom. Her father is architect Peter Cook 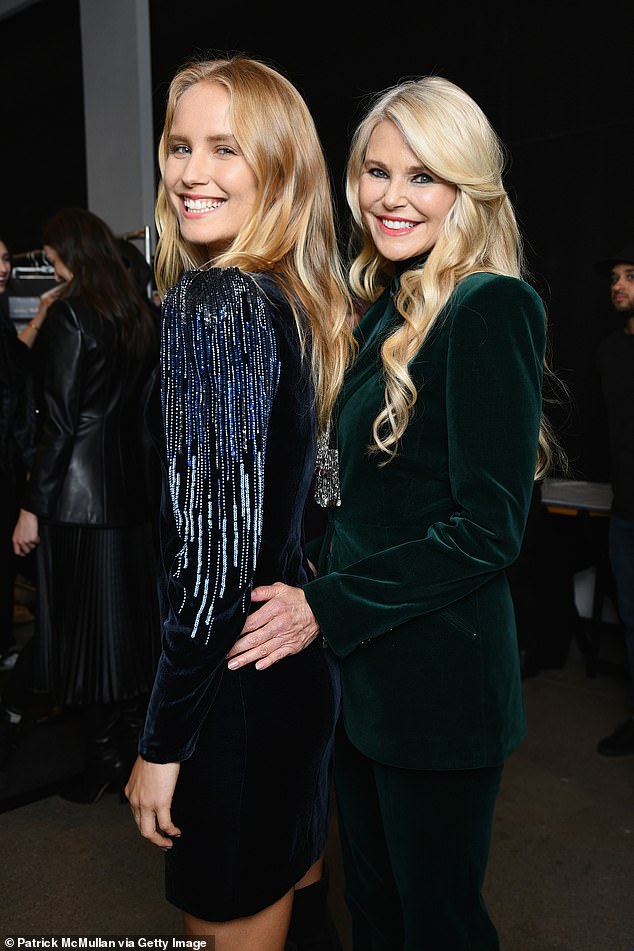 Career: Sailor, 21, is a model like her mother and has even posed for the Sports Illustrated Swimsuit Issue. She is returning to Parsons School of Design this fall to study photography

As a singer and songwriter, Alexa has followed in her famous dad’s footsteps, though she said she was relentlessly bullied as a child ‘because I don’t look like my mom.’

Christie’s eldest child admitted to battling depression almost daily, and in December 2009 she took an excessive quantity of Traumeel, a homeopathic alternative to ibuprofen.

Although she admitted at the time that she had hit rock bottom, she insisted she wasn’t trying to commit suicide, and it was later confirmed that it was essentially impossible to overdose on the drug. 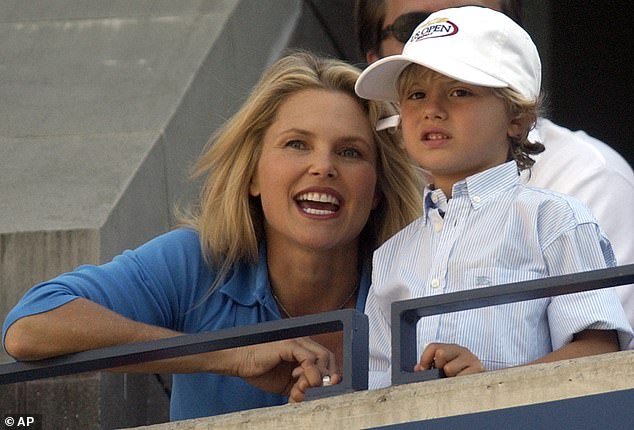 Mother and son: Christie, pictured with Jack in 2001, was briefly married to his father Richard Taubman. Her now-ex-husband Peter adopted him when he was a child 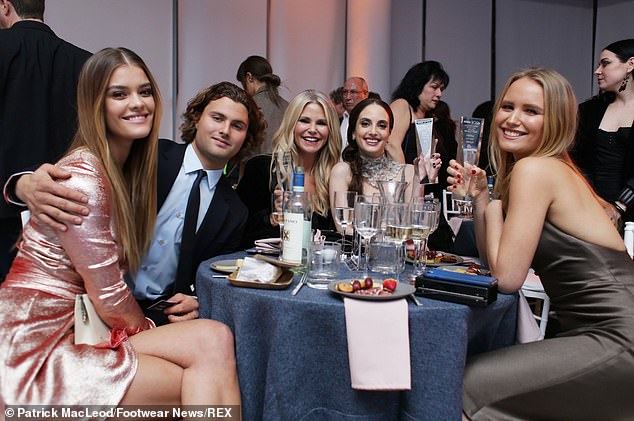 Company: Jack is in a relationship with Sports Illustrated model Nina Agdal, pictured left, and he recently launched Rove, a ride service between Manhattan, Brooklyn, and the Hamptons

Since then, she has been using her social media platform to help young girls who are struggling with anxiety, depression, or online bullying.

Earlier this month, Sailor and Jack kicked off the Hope for Depression Research Foundation’s fourth annual Race of Hope to defeat depression, but Alexa didn’t participate.

‘I left that for my sporty siblings,’ she explained.

Jack, meanwhile, is in a relationship with Sports Illustrated model Nina Agdal, recently launched Rove, a ride service that uses Mercedes-Benz Sprinter vans to shuttle passengers between lower Manhattan, Brooklyn and the Hamptons.

‘It’s going really well,’ he said. ‘I think it resonated with a lot of people looking for a more comfortable way to get in and out of the Hamptons.’