A flashy model! Vintage silver Mini that belonged to Christine Keeler during the height of the Profumo scandal goes on sale for £20,500

A vintage Mini that belonged to Christine Keeler during the height of the Profumo scandal has emerged for sale for £20,500.

The motor belonged to the model in the early 1960s when she became romantically involved with married government minister, John Profumo.

Keeler was regularly photographed driving the 1961 Austin Mini Seven around London at the time.

She owned the silver car for three years until she sold it in 1964 following her release from Holloway Prison when she went on a ‘spending spree’.

Pictured: Christine Keeler’s car which has been restored and is now up for auction decades after being at the centre of the Profumo scandal 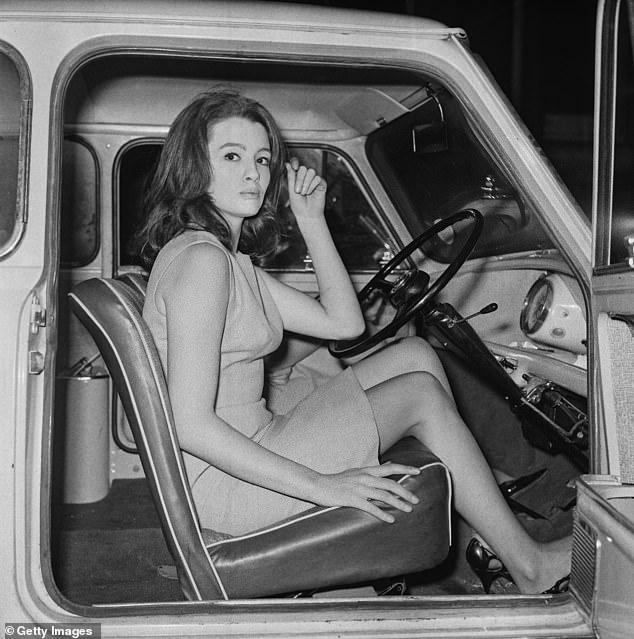 Pictured: Keeler in the car during the scandal before she sold it off after a stint in Holloway prison to trade it in for a faster model 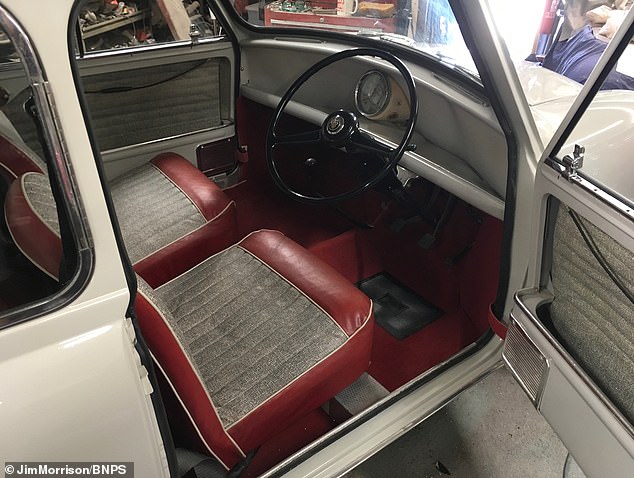 Pictured: The restored interior of the Mini, which had fallen into disrepair after passing to its new owner

In her autobiography she admitted that upon getting her liberty back she replaced the Mini because she wanted something faster.

After leaving Keeler’s ownership the humble motor had a string of owners and fell into a state of disrepair.

It was bought by enthusiast James Morrison in 1989 although he didn’t know it used to belong to Keeler. He only purchased it so he could use the boot lid on his own Mini. 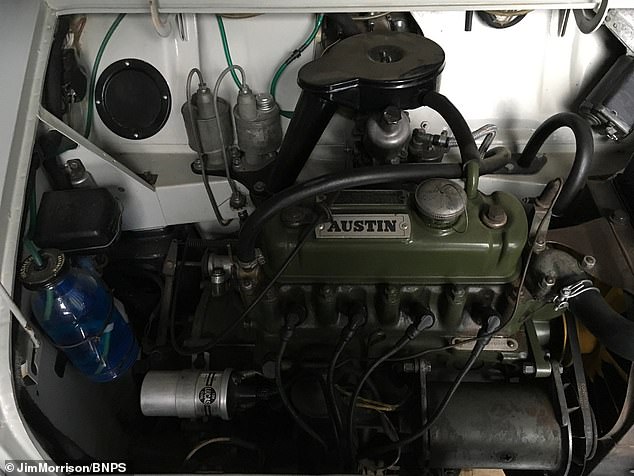 Pictured: The Mini Austin’s engine following restoration as it goes under the hammer after being saved from disrepair

The car then lay unused in his parents’ garage for several years and was only fully restored two years ago.

It was at that point that Mr Morrison, 50, discovered its links with one of Britain’s most infamous scandals.

He research the number plate to find several photos of Keeler behind the wheel of the same car. 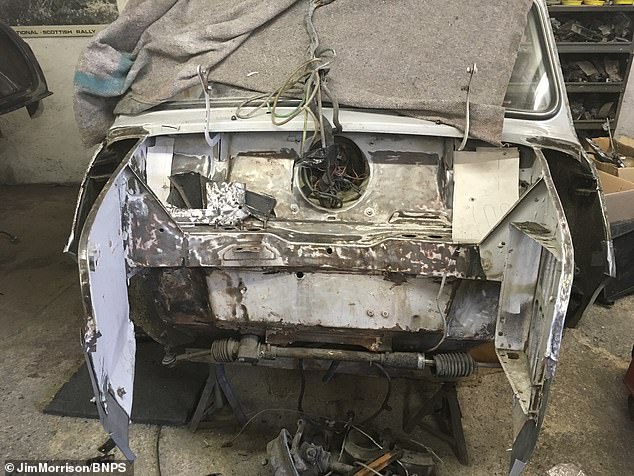 Mr Morrison has decided to capitalise on the new-found interest in the scandal in the wake of the BBC1 drama The Trial of Christine Keeler.

The two door Mini still has its original silver body, chrome trim and a 848cc engine under.

Mr Morrison, from Hitchin, Herts, said: ‘I originally bought the car for a pretty small fee to use as parts.

‘Realistically, it wasn’t much use from that point of view and I mainly only wanted it for the boot lid.

‘It then sat in my parents garage for years because there was little point in restoring it at that time.

‘Only in the last few years, with the rise in the market for classic cars, did I even consider it and that’s when I found out about it’s history.

‘With the advent of the internet a quick google of the number plate came up with lots of results showing Christine Keeler.

‘I know she was not the first owner and from her book it sounds like she sold it after being released from Holloway prison.

‘I’ve restored it over the last two years and have another project lined up so have decided to sell it.

‘With the drama that’s just been out, it’s a good time to be selling something like this, and I’ve already had a fair bit of interest.’

The Profumo scandal occurred at the height of the Cold War when showgirl Keeler became sexually involved with the married war minister.

At the same time she was also involved with Soviet naval officer Yevgeny Ivanov, leading to accusations she was compromising national security.

In the House of Commons, Profumo denied any improper conduct but later admitted that he had lied.

Keeler later served time in jail for perjury, relating to giving false evidence about an assault she suffered at the hands of a former lover. Her old Mini is listed for sale on the website carandclassic.co.uk.

Who was Christine Keeler and what was the Profumo affair?

Born in Middlesex, Christine Keeler moved to London as a teenager and began working at Murray’s Cabaret Club in Soho.

It was there she met Dr Stephen Ward, a high-flying London osteopath and fixer who ‘procured women’ for leading members of the Establishment, who introduced her to Conservative Minister John Profumo while at a party thrown by Lord and Lady Astor in 1961.

The pair hit the headlines after seven shots were fired at Ward’s house in a quiet Marylebone mews by a jilted boyfriend of Keeler a year later in December 1962. 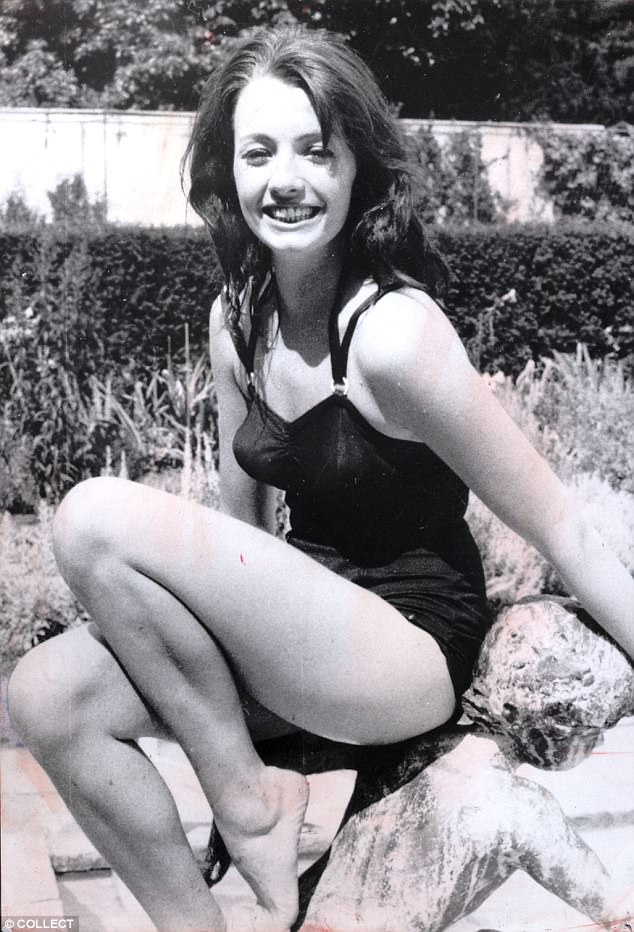 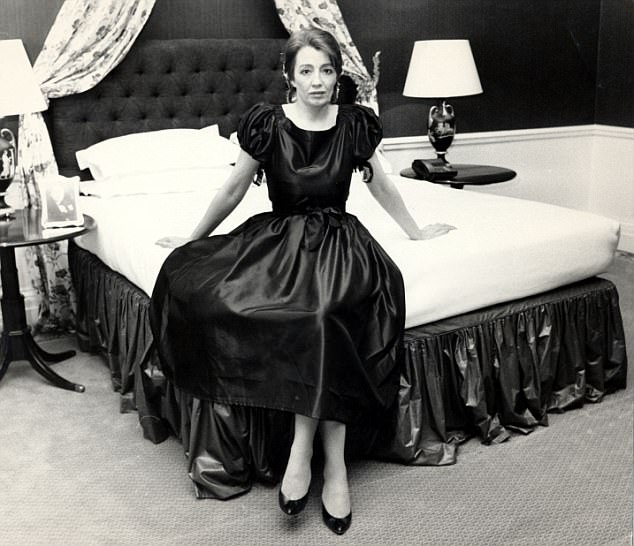 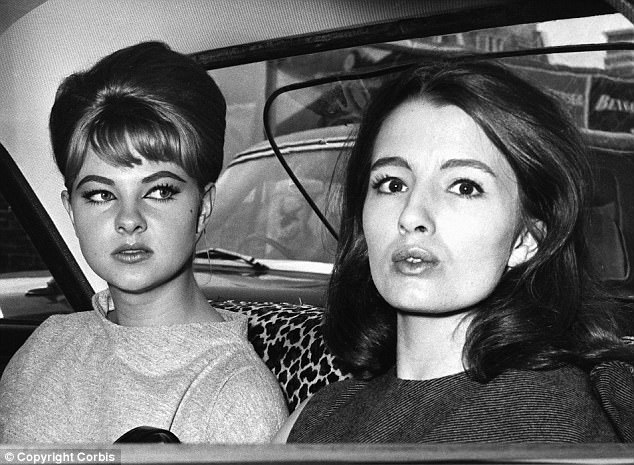 Ms Keeler, pictured right, in a vehicle with her friend Mandy Rice-Davies, who was also implicated in the scandal surrounding the affair

It emerged the then 19-year-old Keeler had been sleeping with former Secretary of State for War John Profumo, then 48, and at the same time a handsome Russian spy Evgeny Ivanov.

But when the news broke, Profumo lied to the House of Commons about his affair. He was soon found out and Keeler sold her story to the News of The World for £23,000.

In June 1963, he quit in disgrace, amid allegations Keeler had been asked by Ivanov to discover from the War Minister when the West Germans might receive U.S. nuclear missiles to be stationed on their soil.

Profumo had been a rising star of the Tory Party, close to Prime Minister Harold Macmillan, a favoured visitor at Buckingham Palace, a war hero and the dashing husband of actress Valerie Hobson, one of the great beauties of her day.

Ms Keeler, whose other lovers have included A-Team actor George Peppard, legendary womaniser Warren Beatty and Prisoner of Zenda star Douglas Fairbanks Jr, said in an interview years later that the Establishment was far more interested in painting it as a sex scandal and chose to ignore whispered claims of a widespread spying network.