Christmas Day celebrations were abruptly abandoned as residents prepared to flee their homes under threat from a raging bushfire on Western Australia’s south coast.

‘There is a possible threat to lives and homes as a fire is approaching in the area and conditions are changing,’ a public warning stated.

Bremer Bay Caravan Park stated on its Facebook page on Monday that it remains open for holidaymakers, despite a bushfire threat in recent days

‘You need to leave or get ready to actively defend.’

The alert has since been downgraded to advice level after more than 100 firefighters managed to contain the blaze.

‘Thank you to the selfless individuals who have sacrificed time with their families at this time of year to keep the community safe,’ Emergency WA later tweeted.

The fire is still burning within containment lines on the western side of Dillon Bay Road against the wind in a south easterly direction.

‘There is no threat to lives or homes,’ the latest warning states.

‘There is a lot of smoke in the area. Although there is no immediate danger you need to be aware and keep up to date in case the situation changes.’

‘Beach and bush camping between Dillon Bay and Pallinup River is closed until further notice,’ the WA Emergency states on its website. 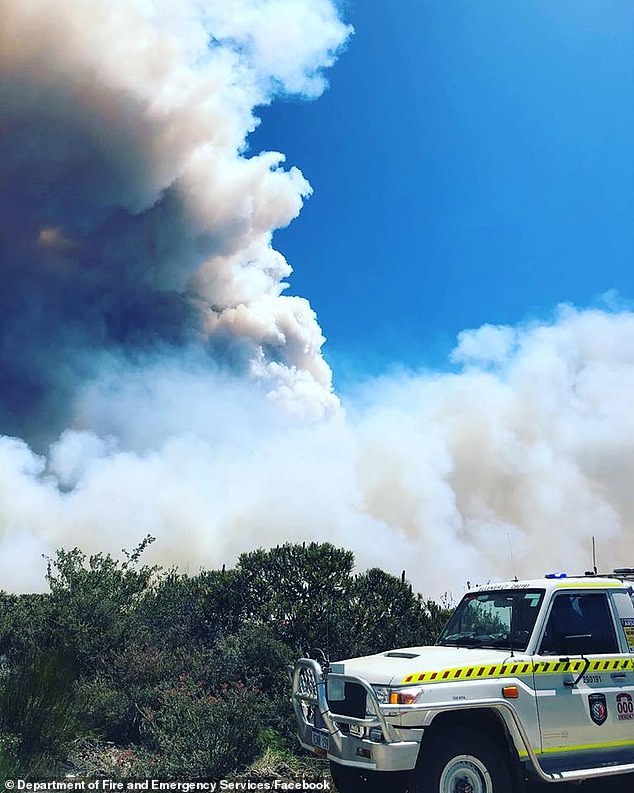 The Bremer Bay bushfire burned through more than 9,000 hectares of scrub in recent days

Relieved residents have since to social media to express their gratitude to firefighters.

‘ Words can’t express our gratitude to those local and those that come far to fight this beast of a fire. Even now when you would rather be with your loved ones you’re here keeping things under control,’ one posted. 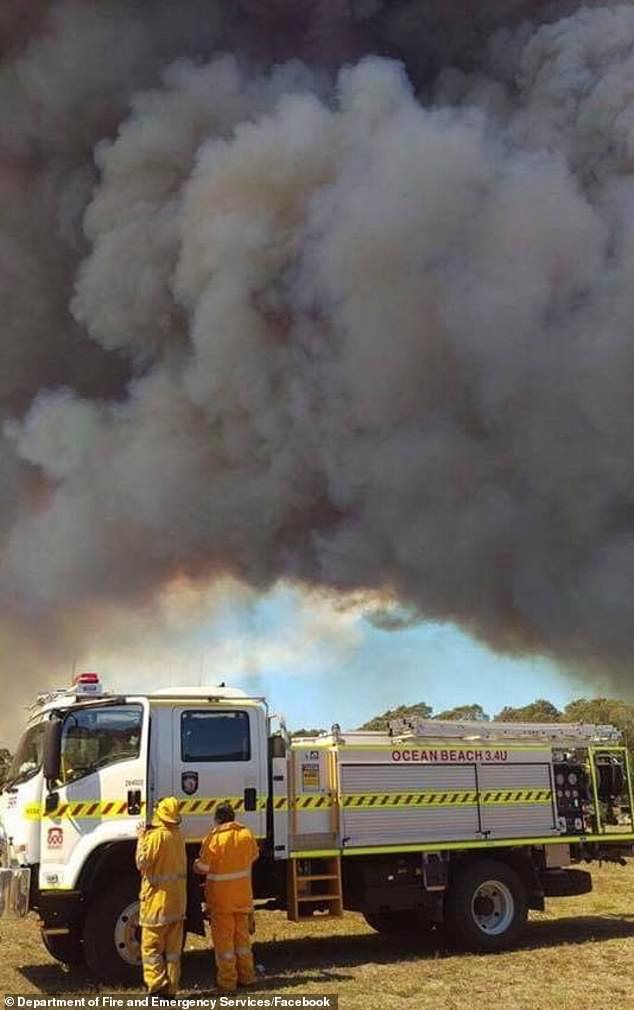 Another added: ‘Tough gig in hot conditions at a time of the year when we would all rather be doing fun stuff with our favourite people.’

The fire was first sparked on Thursday last week and has since burnt through more than 9000 hectares of scrub.

The current heatwave in the nation’s west has hampered firefighters’ efforts to control the blaze.

On the other side of Australia, a bushfire that threatened properties on Bruny Island off Tasmania’s south coast on Christmas Eve is also now under control. 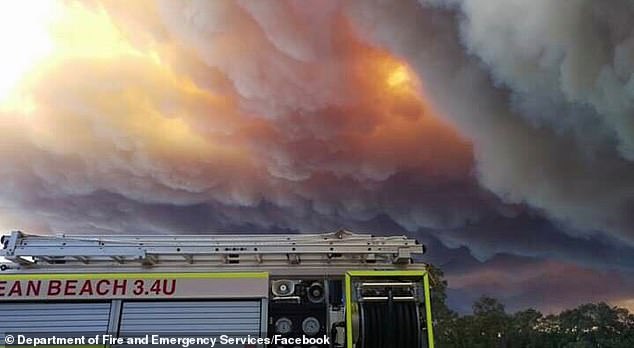 Residents in the island’s south were advised to evacuate the area or prepare to actively defend their properties.

The Tasmania Fire Service warned residents embers, ash and thick smoke may be a hazard ahead of the main fire.

Around 22 hectares were burnt in the blaze.

‘Fire crews and helicopters are making good progress on the Conleys Point, South Bruny Island fire. Today the TFS and Parks and Willdlife Service has 15 trucks and 5 helicopters working on the fire,’ the Tasmania Fire Service posted on its Facebook page on Tuesday afternoon. 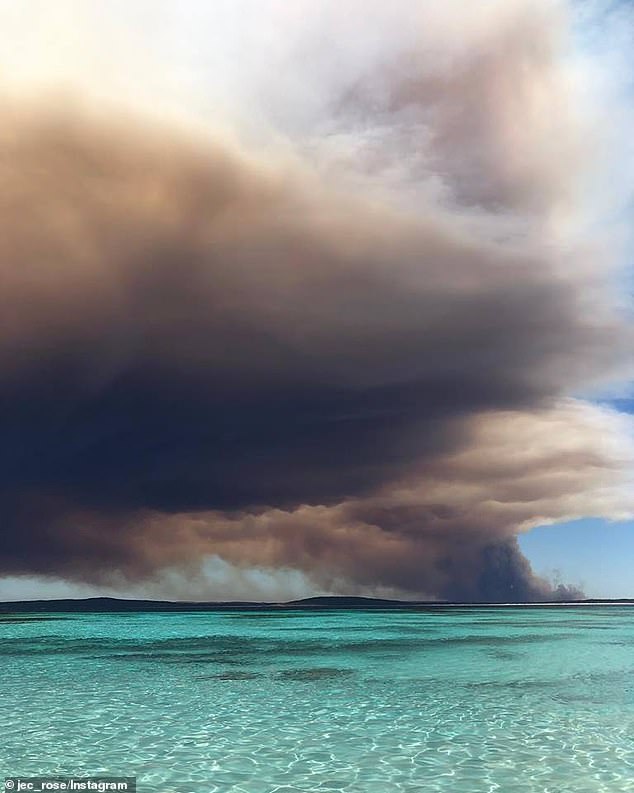