A 43-year-old man has been stabbed in south-east London as a violent year in the capital draws to a close.

Burnt Ash Lane in the borough of Bromley was shut following the attack near a Toyota garage.

The man was taken to hospital but his injuries were not life-threatening or life-changing, police said.

One witness said the police incident on Monday night was ‘causing havoc’ in nearby streets as people tried to avoid the police presence.

A person has been stabbed near a Toyota garage on Burnt Ash Lane (pictured) in south-east London as a violent year in the capital draws to a close, the Metropolitan Police said tonight

Police in Bromley said: ‘We dealt with a stabbing at around 5.10pm this evening in Burnt Ash Lane.

‘A 43-year-old man was taken to hospital, where injuries were assessed as not life-threatening or life-changing. ‘Urgent inquiry ongoing. No arrest at present.’

There has been renewed focus on the number of homicides in the capital this year, amid rising levels of violent crime in the UK.

With the lowest number of Metropolitan Police officers since 2001, there has also been a worsening of the violence on the capital’s streets.

Metropolitan Police Assistant Commissioner Martin Hewitt, who has dealt with violent crime for around a decade, said in June that weapons such as zombie knives, hunting knives and machetes were being used more often.

The latest toll means it will be the fourth year in a row that at least 100 homicides have been recorded in London.

Between April and early September the Met’s Violent Crime Taskforce also seized 1,500 knives, more than 180 guns, 600 other weapons and made 4,000 violent crime arrests. 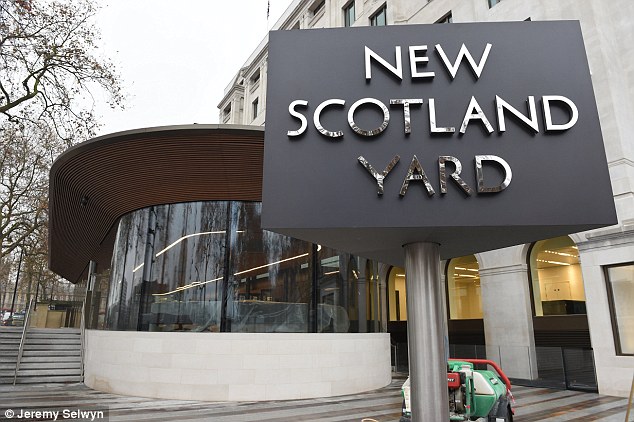