QC asks Twitter to make a photo of him in his wig and gown look ‘Chirstmassy’ and people oblige with hilarious results – including putting him in the Virgin Mary’s arms, on the cover of Die Hard and flying with The Snowman

A QC who tweeted a photo of himself wearing traditional court robes and asked people to make it more ‘Christmassy’ has seen the image hilariously transformed.

The senior barrister, clearly a fan of the festive season, was rewarded with memes that saw him being cradled by the Virgin Mary, replacing Bruce Willis in Die Hard and posing with East 17 on the cover of their festive perennial tune Stay Another Day.

QC David, who tweets as @DavidMuttering and has more than 25,000 followers, posted the snap of himself outside court wearing formal clothing and his wig yesterday.

He wrote: ‘I’m about to ask a very stupid question. Can someone with some photoshop skills make my profile photo Christmassy?’

He added, with probably the correct amount of foresight: ‘I’m going to regret this.’

Make me Christmassy! The QC, who tweets under the handle @DavidMuttering, posted a photo of himself outside court asking if people could make this image a little more festive – and oblige they did 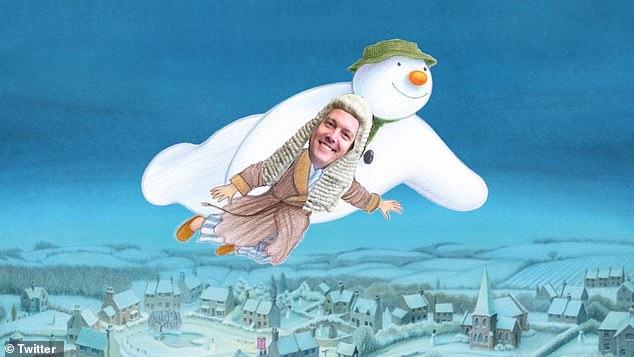 Still wearing the wig! The QC is whisked above snowy rooftops in a reimagining of Raymond Briggs’ 1982 classic The Snowman 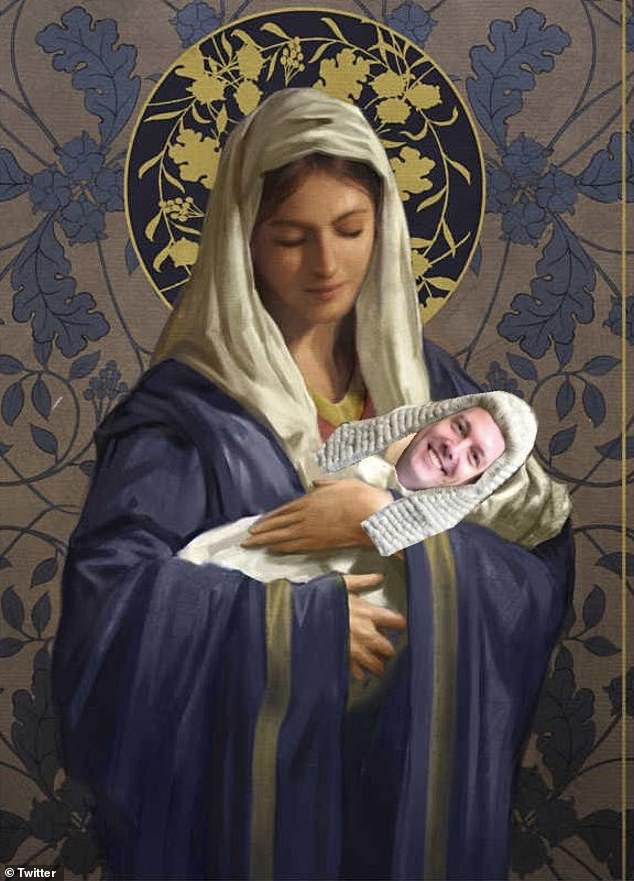 If Jesus was a barrister: The Virgin Mary cradles the QC in this interesting festive scene 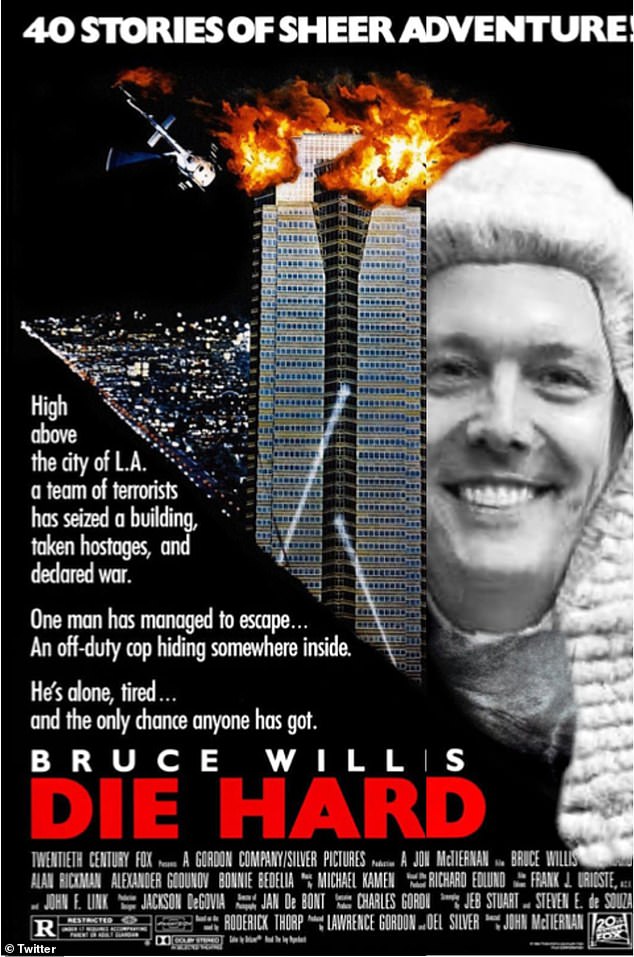 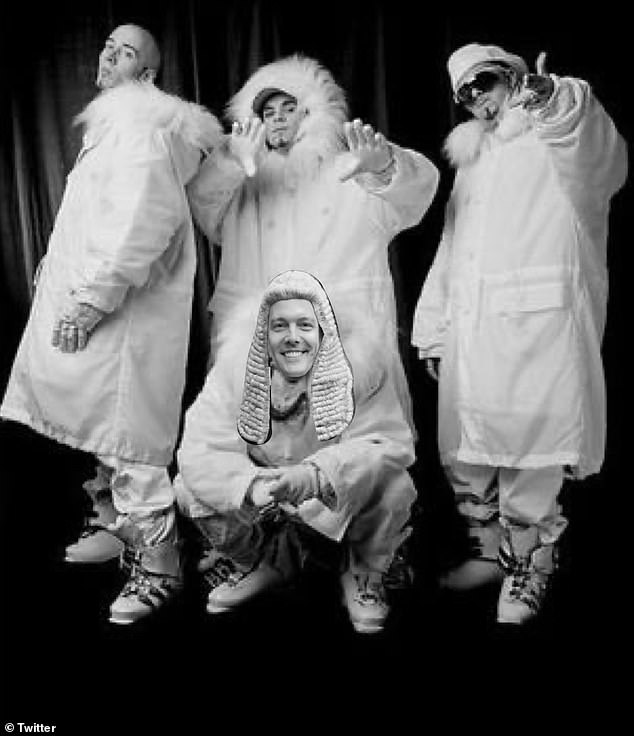 And he looks good amongst Walthamstow’s finest East 17 in a reworked version of Stay Another Day, the band’s 1994 smash 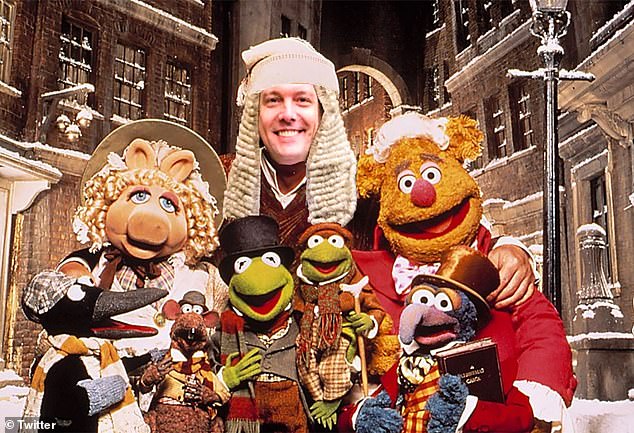 However, almost a day later, the legal whizz was rewarded with dozens of festive images – some better than others, and some a little racier than he might have wanted.

One PhotoShopper put the barrister’s head onto the body of a woman in a sexy Santa outfit, while another landed him right at the top of a decorated tree.

Elsewhere, he appeared in The Muppets Christmas Carol, with the formal wig looking right at home with the period cast.

Another saw him replacing actor Bill Nighy in a promo shot for 2003’s Love Actually, which he liked, calling it: ‘A Rose Amongst Christmas Thorns. Or something.’ 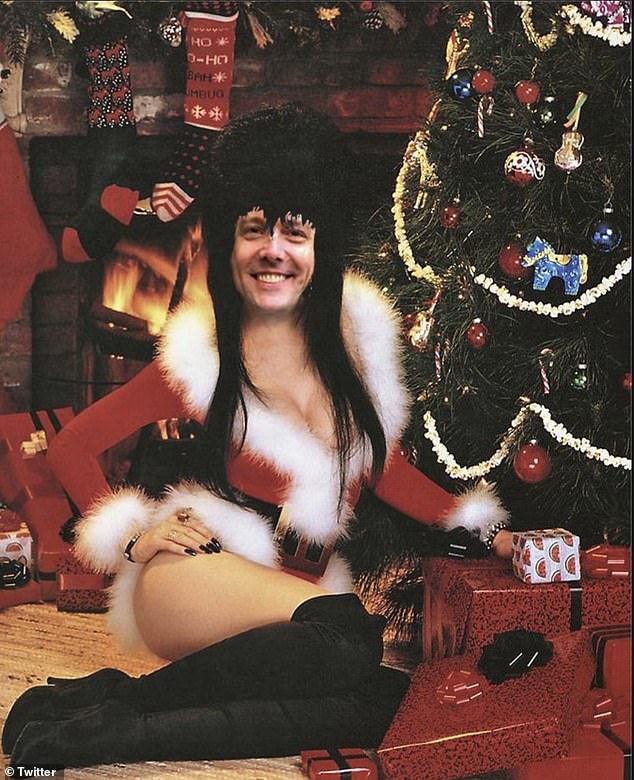 Perhaps not what he had in mind: David finds his head merged onto the body of a woman in a sexy Santa suit 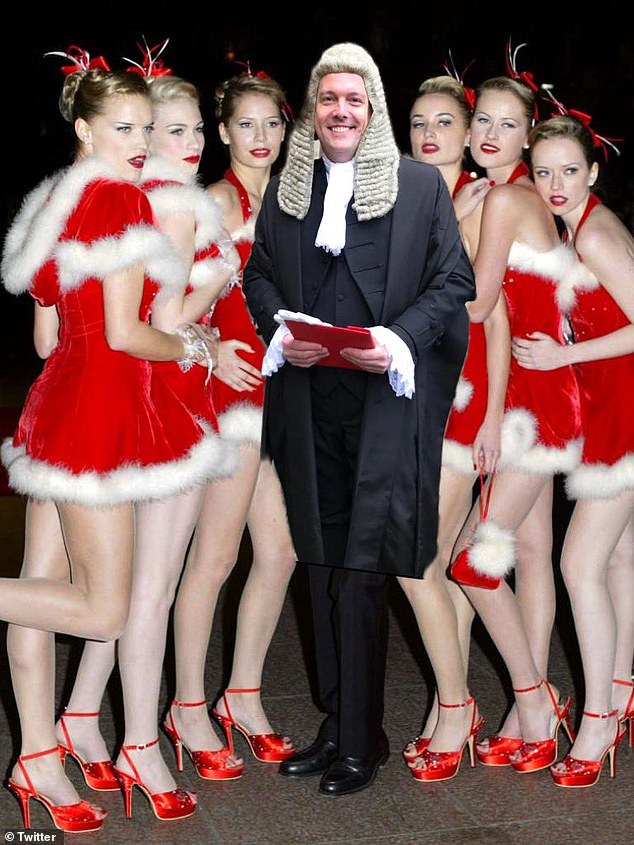 Love Actually: One PhotoShopper replaced actor Bill Nighy with the QC instead 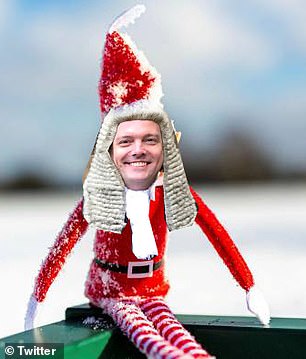 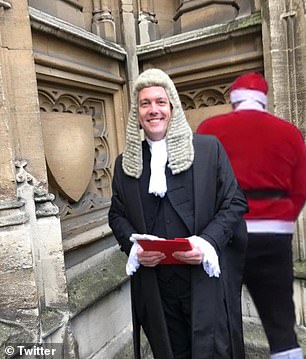 The mischievous elf was also used as inspiration (left) while, right, a cheeky meme-maker add a urinating Santa to the original image

Definitely Christmassy! One creative sort put a tree over the QC’s courtroom robes 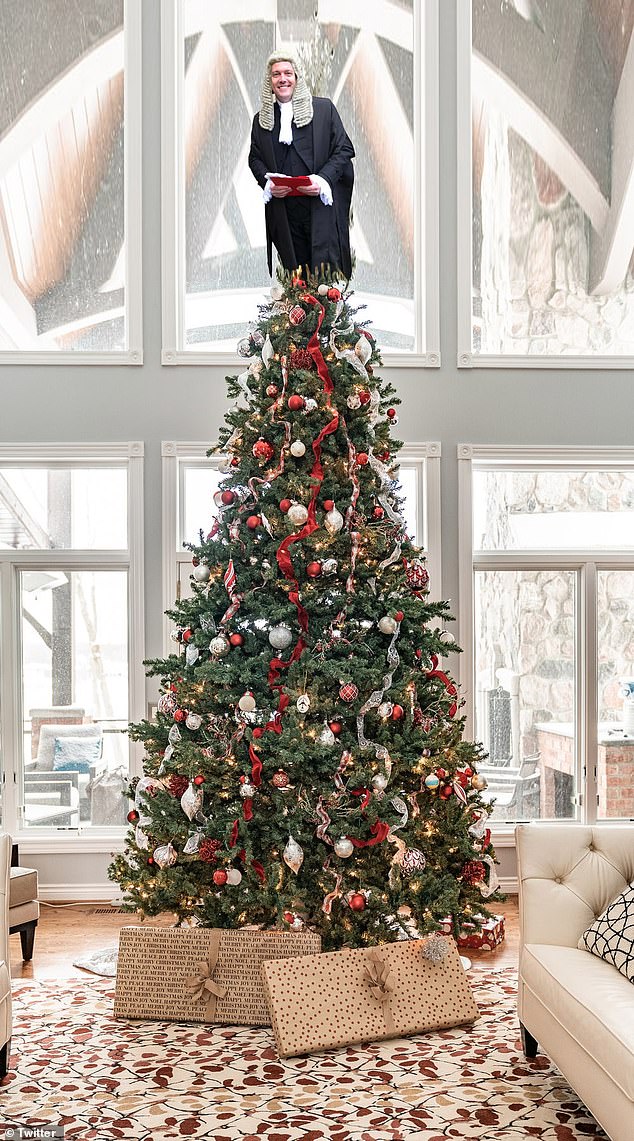 Neither a fairy, nor a star…the QC also ended up at the top of a very tall tree 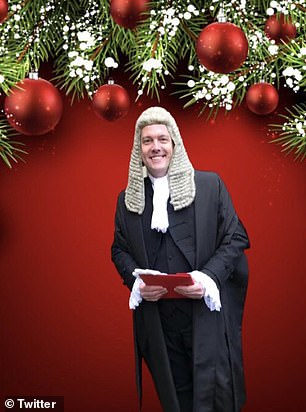 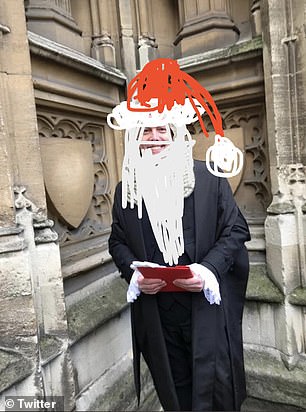 Responding to the avalanche of memes, saying: ‘People are just brilliant. Thank you, Twitter.

He added: ‘The response to this has been amazing – and I’m delighted that it’s cheered so many people. I now have the joyously onerous task of choosing a new profile pic.’

One amused fan of the work suggested a calendar might be next, writing: ‘I think you need to do a calendar, The Twelve Daves of Christmas.’