Unlike the utilitarian subways of London, Paris and New York, the metro systems of the former USSR were not just created to help people get from A to B – they were also used as propaganda artwork, a fusion of sculpture, architecture and art, promoting the idea that Communism would mean a ‘communal luxury’ for all.

He describes a typical day while working on the project: ‘It’s 5am. I’ve only slept a couple of hours, but I drag myself out of bed. Like a zombie with a single goal, I’m drawn towards the illuminated “M”, where I descend the escalator deep into the earth. Some stations are so far down, the ride lasts five minutes. I arrive at the platform, wide awake and excited to photograph this breathtaking space: an underground world, with a distant horizon and a concrete sky.

‘After weeks of early mornings to take advantage of the pre-rush-hour emptiness, I should be bored – but the unpredictable variety keeps the thrill fresh. I spent years photographing Soviet bus stops, which were monumental in a more humble way.

‘By contrast, Metro stations are an exhilarating mix of propaganda, art and design. My eye is caught by quirky Cyrillic signs, exquisite mosaics and cosmic lighting fixtures. Then the serene calm is shattered by the crush of millions of commuters. I ascend to daylight and sleep.’

Scroll down to see a selection of Herwig’s mesmerising snaps.

Opulent chandeliers, marble columns, stately mosaics and memorials adorn the platforms at Avtovo station on the Kirovsko-Vyborgskaya Line of the Saint Petersburg Metro. Designed by architect Yevgeniy Levinson, it opened as part of the first Leningrad Metro line in November 1955 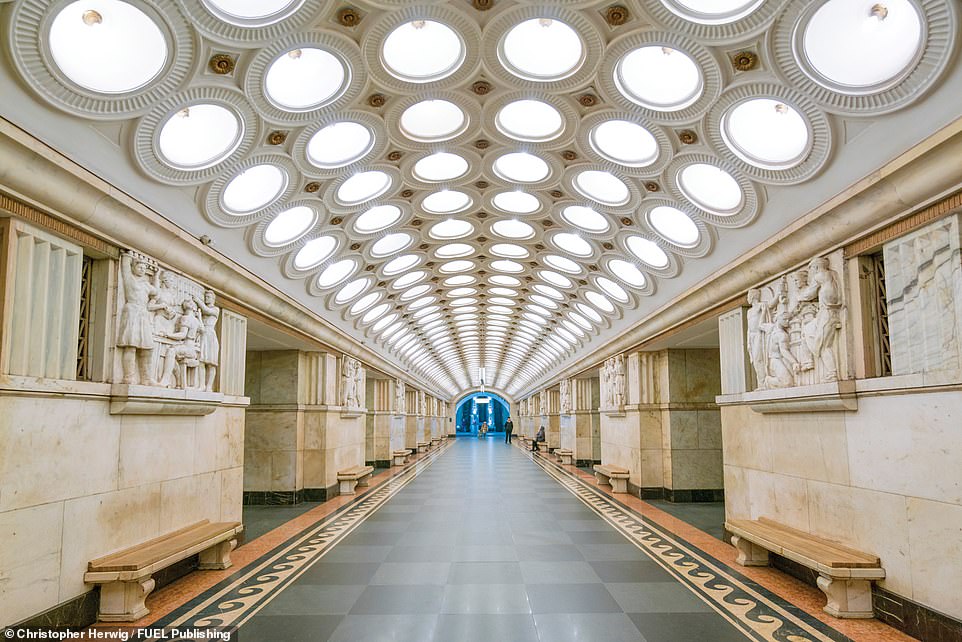 Elektrozavodskaya, a station on the Moscow Metro on the Arbatsko-Pokrovskaya line, is one of the most spectacular stations in the Russian capital. It was built during World War II and opened in May 1944. Named after the electric light bulb factory nearby, its ceiling features six rows of circular incandescent inset lamps 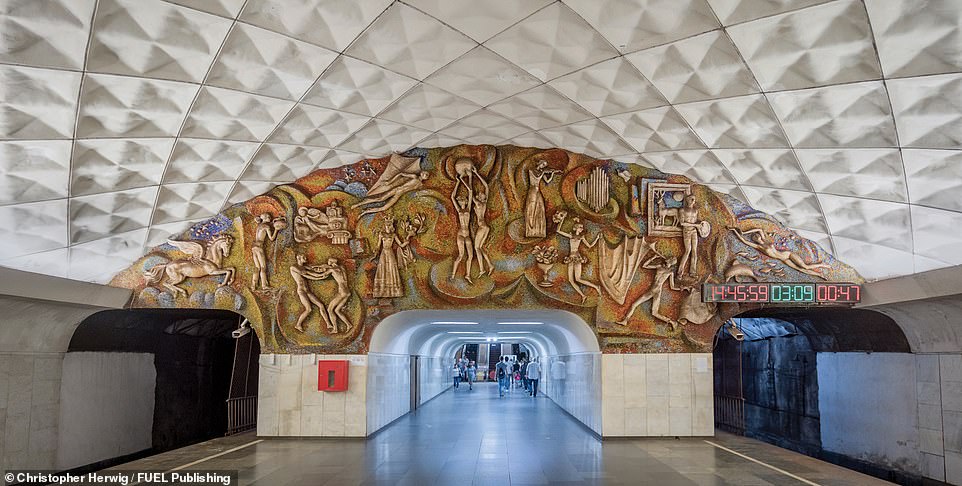 The Technical University metro station in Tbilisi, on the Saburtalo line, is located near the Georgian Technical University, the Department for Statistics of Georgia and the Sport Palace. The Tbilisi Metro opened in January 1966. Like in other ex-Soviet countries, most of the stations are very deep and vividly decorated 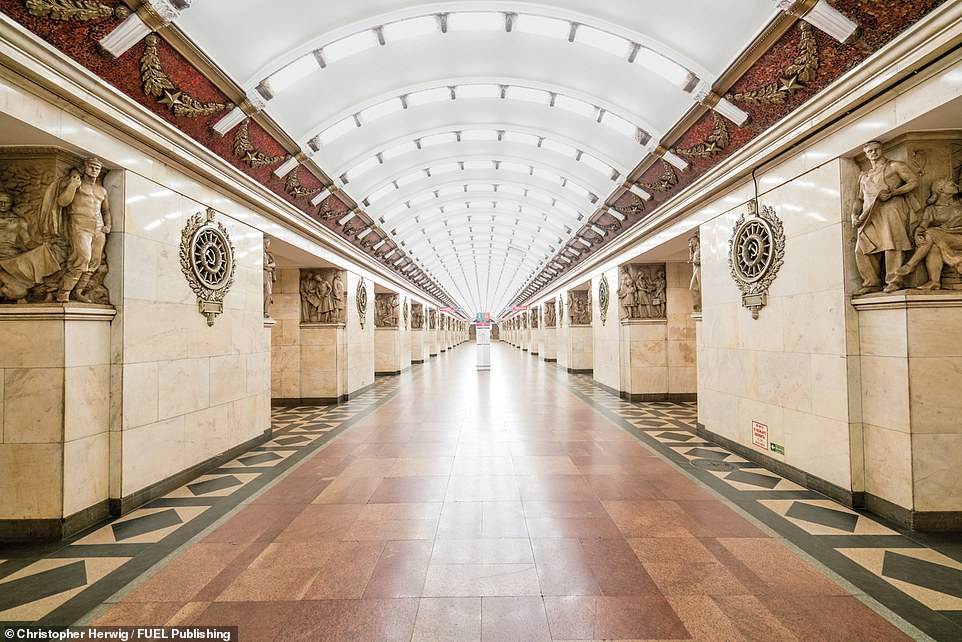 Narvskaya station in St Petersburg was originally meant to be named Stalinskaya after the former dictator Joseph Stalin, but when he died it was swiftly renamed Narvskaya after the Narva Triumphal Gate, located opposite the station’s entrance. In spite of the name change, the station still contains a large number of decorative elements relating to Stalin 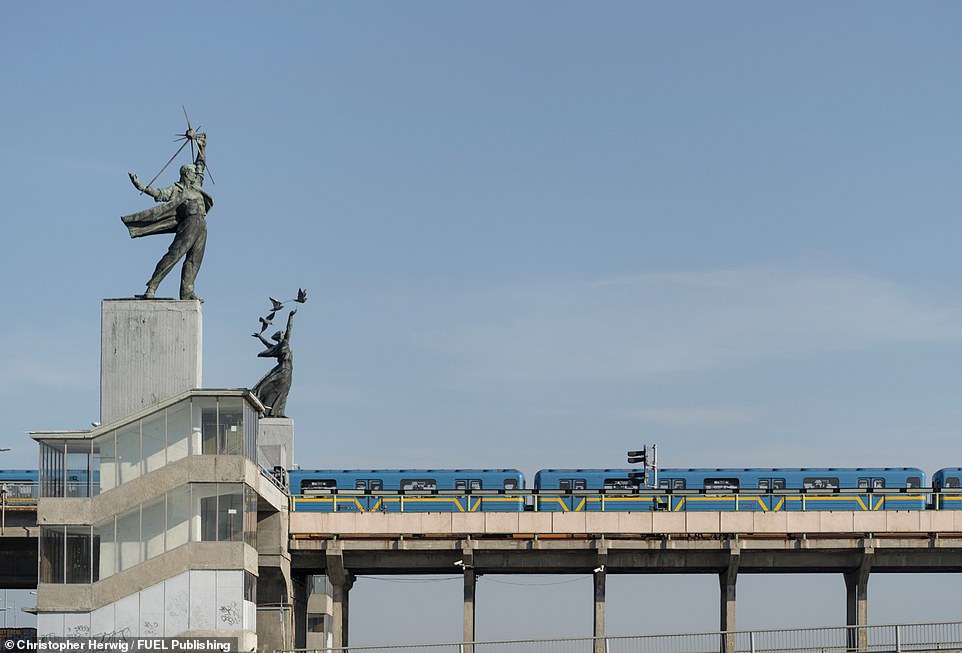 Dnipro station on the Kiev Metro’s Sviatoshynsko-Brovarska Line opened along with the first stage of the Metro in 1960. Named after the Dnieper River, the station consists of a platform over the embankment highway. It then continues across the river as part of Kiev Metro Bridge. The station has one of the most distinctive designs in the former USSR 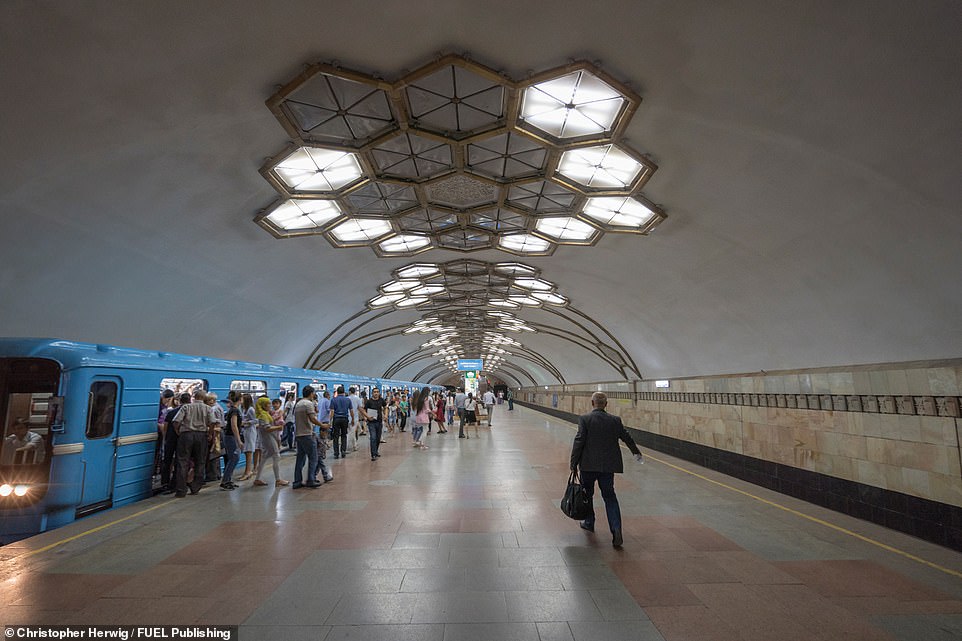 The stations along the Tashkent Metro are among the most beautiful in the world and one of the top attractions in the Uzbek capital. Novza station, on the red Cholonzor line, opened in November 1977 and is characterised by its low ceiling featuring geometrical honeycomb patterns 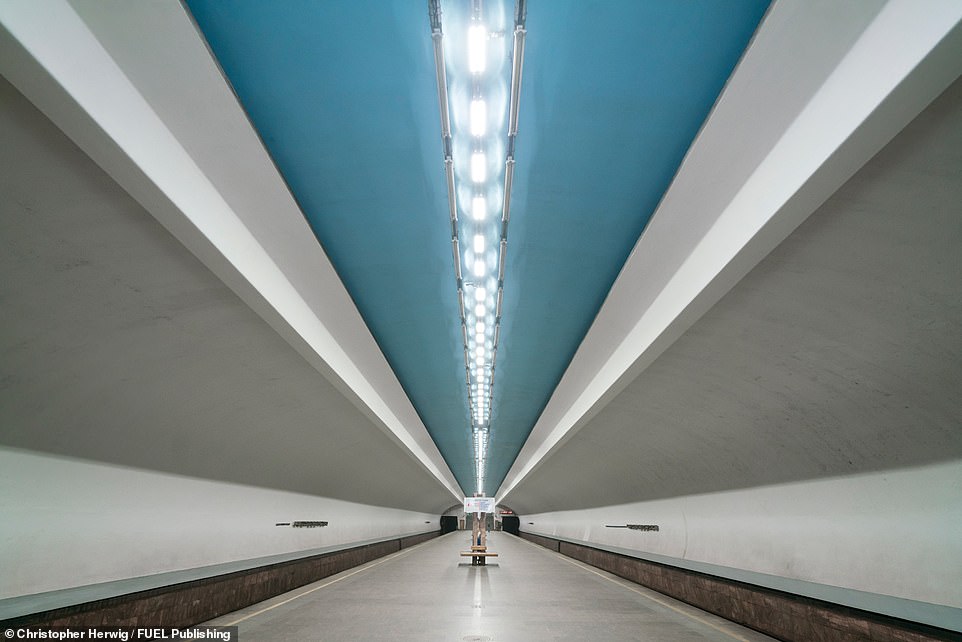 The Avtozavodskaya line of the Nizhny Novgorod Metro in Russia crosses the city on a northwest-southeast axis and stops at 11 stations. Chkalovskaya, pictured here, was one of the first six stations of the Soviet Metro 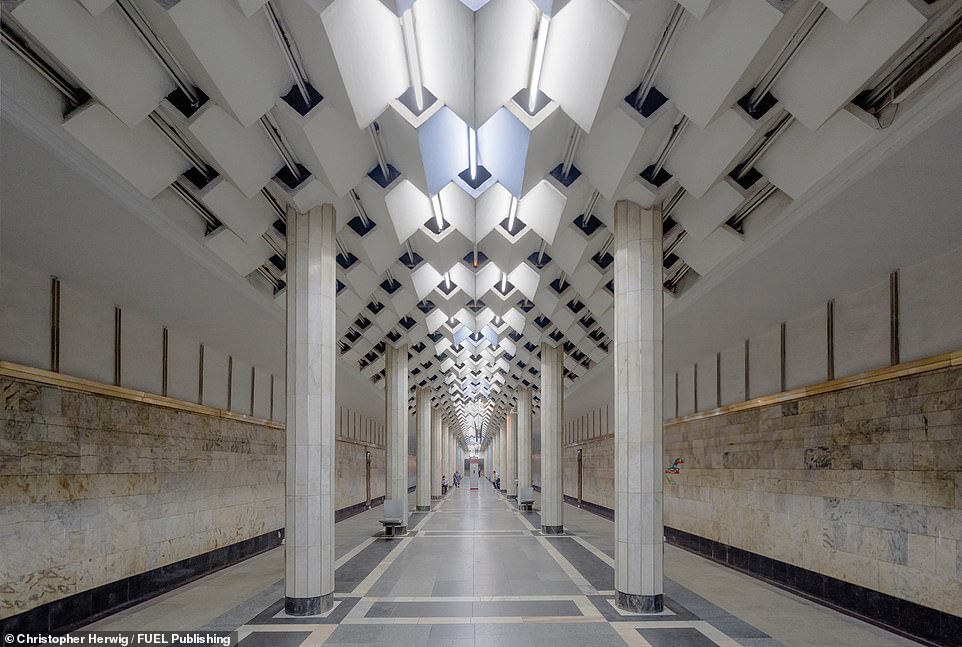 The futuristic design of its ceiling characterises Ulduz, a metro station in Baku, the capital of Azerbaijan, which opened in 1970. The Baku Metro has many features typical of the former Soviet Union, including very deep central stations and exquisite decorations that blend traditional Azerbaijani national motifs with Soviet ideology. New trains are gradually replacing the old Soviet ones, and plans are underway to build 53 new stations by 2030, increasing the number of lines from two to five 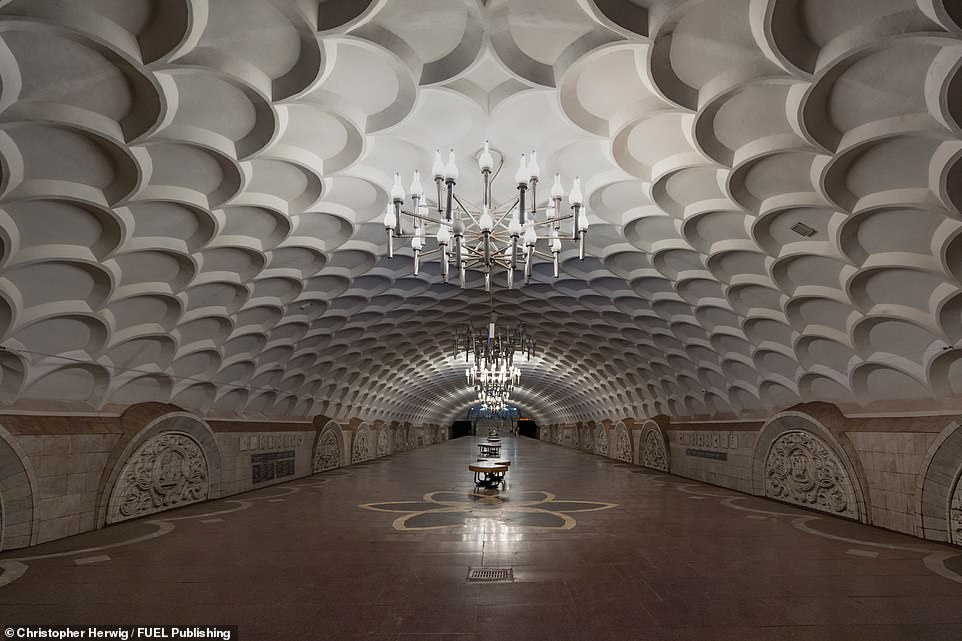 The Kyivska is a station in Kharkiv, the second-largest city in Ukraine. The stop is on the blue Saltivska line, which runs from the historic centre of the city, passes the business district and then crosses the Kharkiv River. It ends in the residential Saltivka neighbourhood 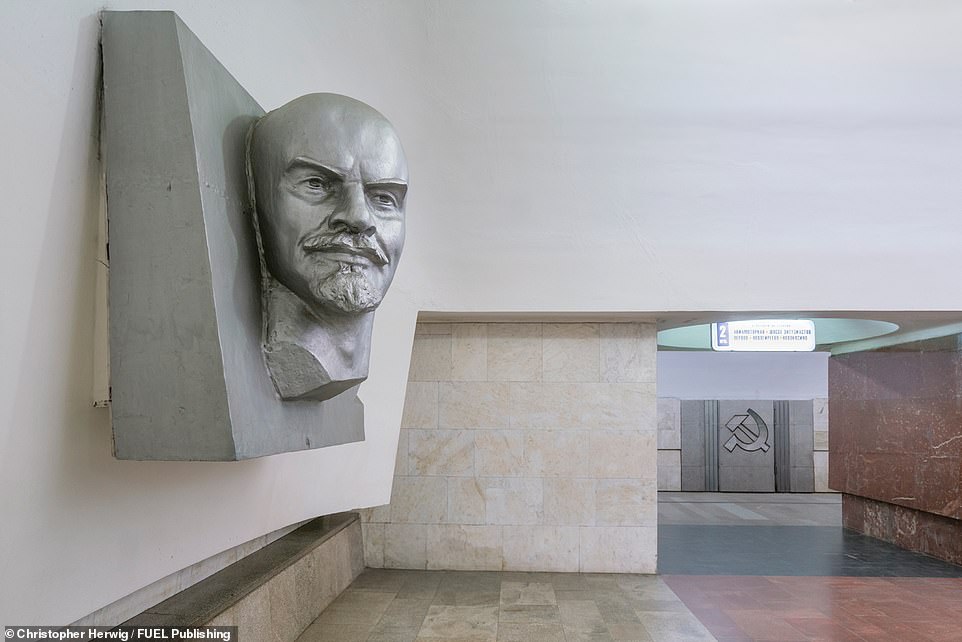 Ploshchad Ilyicha is a station on the Moscow Metro’s Kalininsko-Solntsevskaya Line, launched in December 1979. The station has strong links with Vladimir Lenin, the former communist leader, and is adorned with a sculpture of him (pictured), as well as artworks depicting communist symbols, such as the hammer and sickle 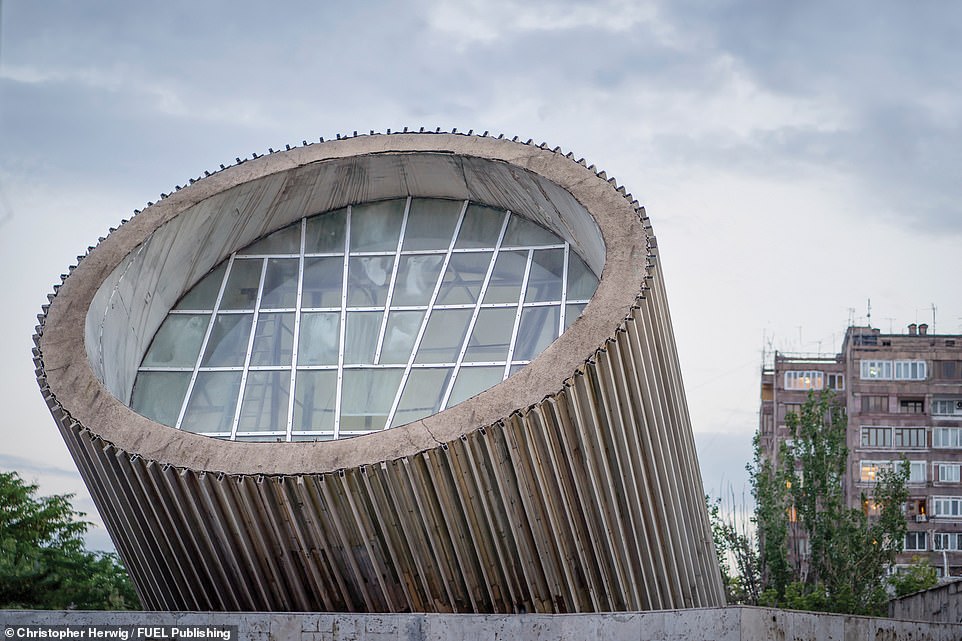 In the capital of Armenia, Yerevan, many of the metro stations feature highly original designs. Yeritasardakan, which was created by architect Stepan Kyurkchyan and opened in March 1981, is one of them 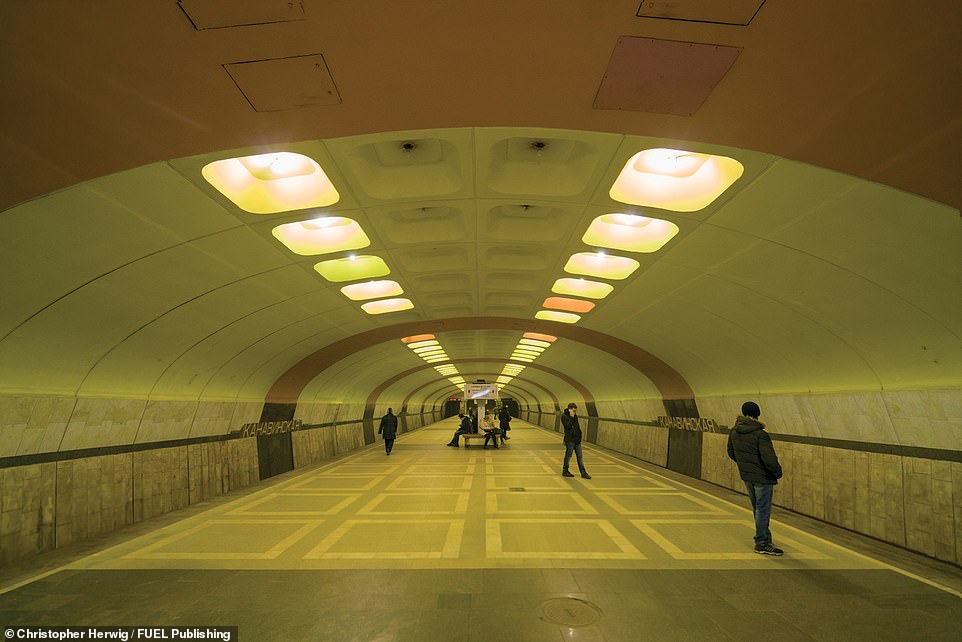 Kanavinskaya, a station of the Nizhny Novgorod Metro in Russia, which opened in December 1993, is on the Sormovskaya line between Moskovskaya and Burnakovskaya. It has connections to tram and bus lines to Sormovsky, Moskovskaya, the city centre, and Dzerzhinsk