A-list actor George Clooney is back behind the camera as director of the new coming-of-age film, The Tender Bar.

And on Sunday he joined the ensemble cast for a screening of the coming-of-age story at the Directors Guild Of America in Los Angeles.

Among the cast on hand to hit the red carpet ahead of the showing: Christopher Lloyd, who arrived arm-in-arm with his wife Lisa Loiacono.

New role: Christopher Lloyd attended a special screening of the new film, The Tender Bar, at the Directors Guild Of America in Los Angeles on Sunday

Looking far younger than his years, Lloyd, 82, showed off his cool styled in a blue suit that was matched with a black dress shirt and shoes.

The legendary Taxi star would strike a number of poses solo and alongside his wife of nearly five years.

Loiacono, 51, looked lovely in a light brown floral dress that featured rich colors of green and red with its rose patterns.

The real estate agent with Sotheby’s International Reality stepped out in black heels, and her dark tresses styled long and flowing well past her shoulders with a part on the slight left. 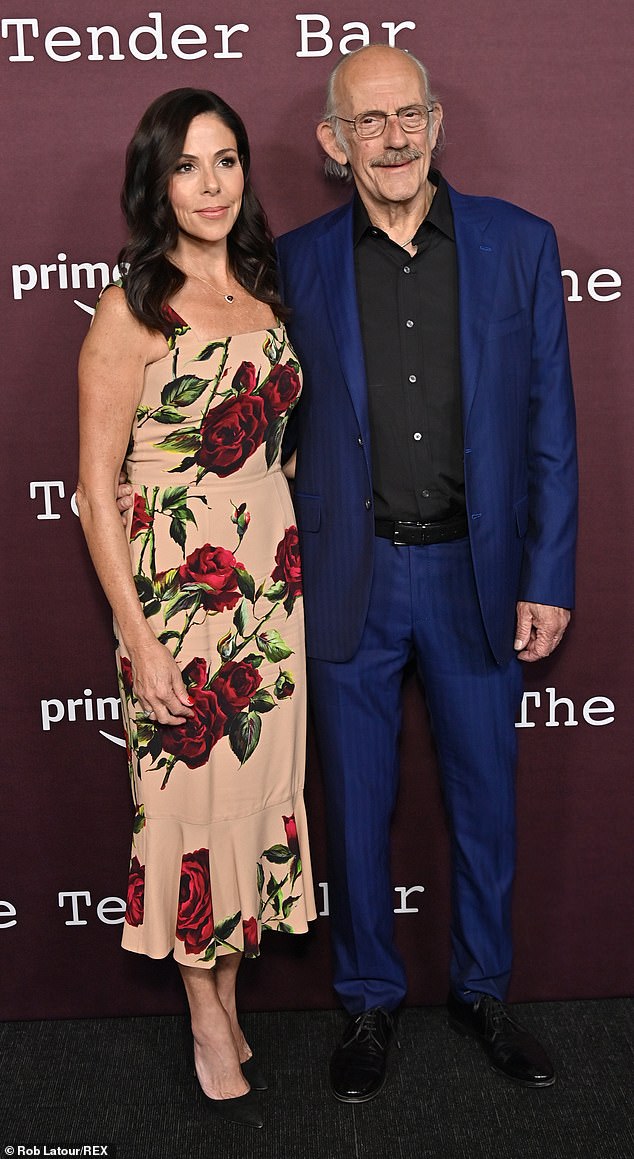 Lovebirds: Lloyd, 82, was arm-in-arm with his wife Lisa Loiacono, 51, on the red carpet 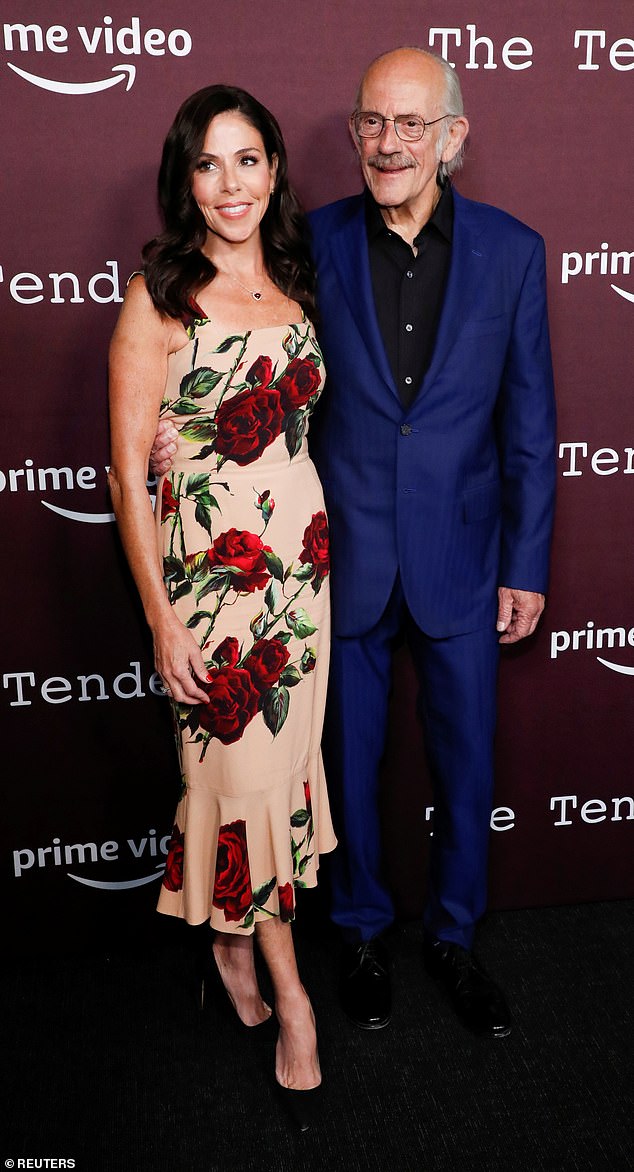 Stylin’: The actor showed off his cool style in a blue suit, and black dress shirt and shoes 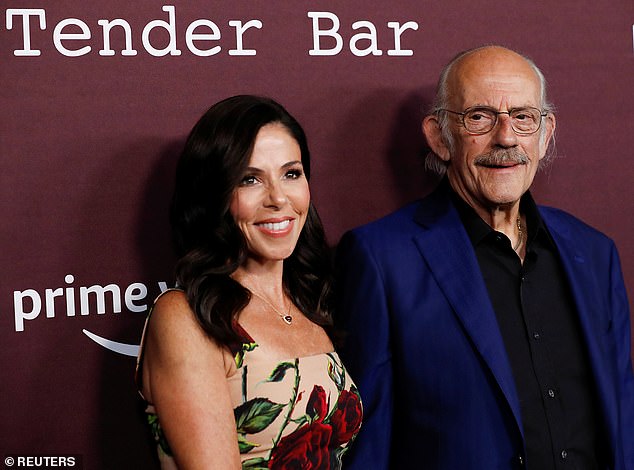 Item: The couple will be celebrating their fifth wedding anniversary in November

Written by Oscar-winner William Monahan (The Departed and The Gambler), The Tender Bar is an adaptation of Pulitzer Prize winner J.R. Moehringer’s bestselling memoir of the same name.

It tells the story of J.R. (Sheridan), a boy growing up in Long Island who seeks out father figures among the patrons at his uncle Charlie’s (Affleck) bar, according to Deadline.

As his mother (Rabe) struggles to provide her son with opportunities denied to her, and to leave the rundown home of her father (Lloyd), J.R. begins to pursue his romantic and professional dreams. 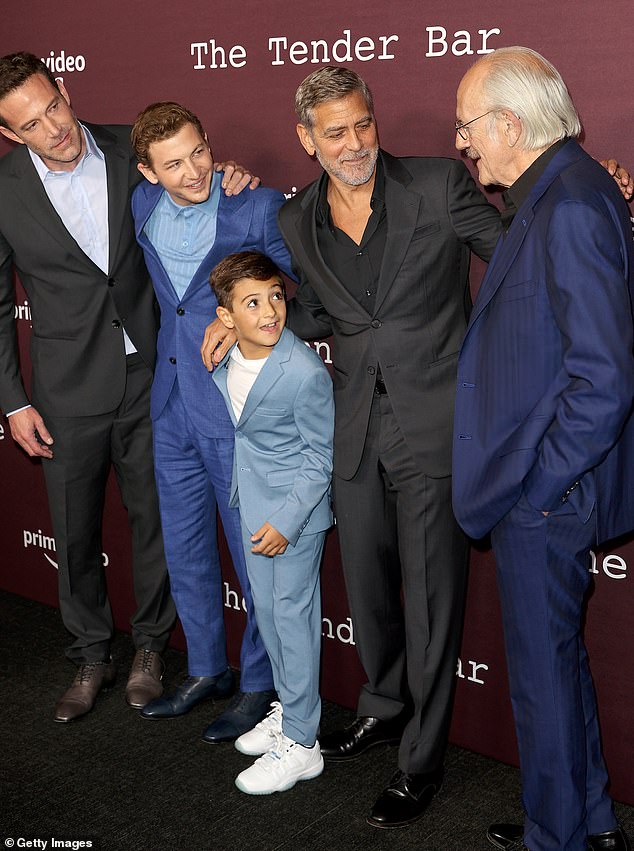 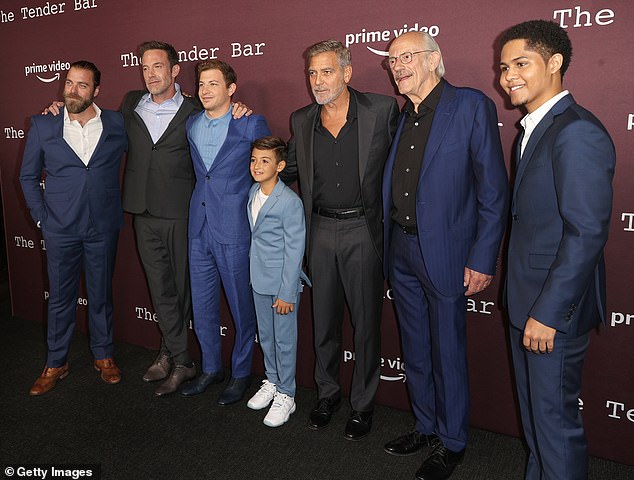 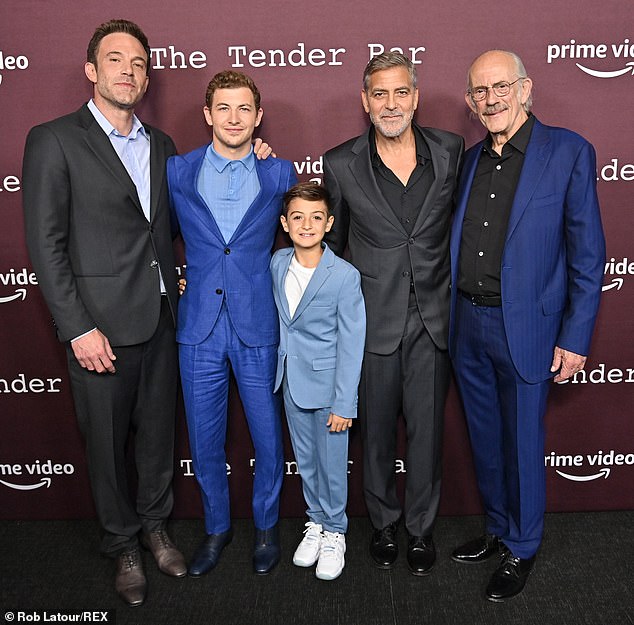 Suave: Clooney looked his usual dapper self in a black suit and matching shirt 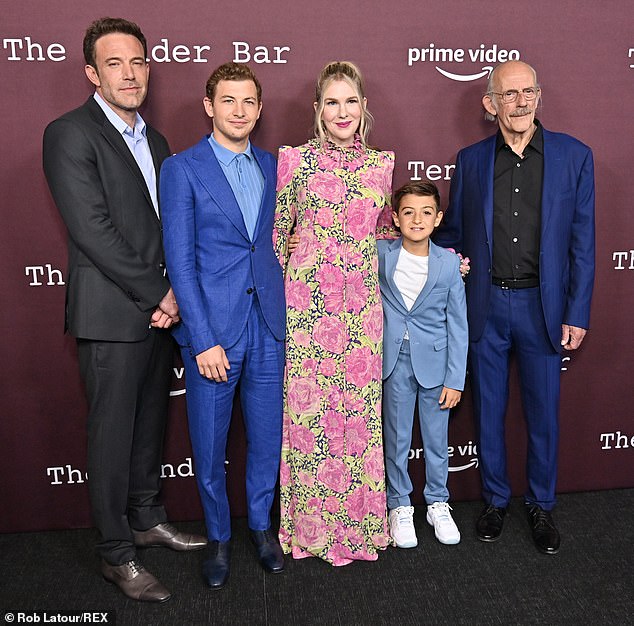 Clooney and Grant Heslov produced the film through their company Smokehouse Pictures, alongside Ted Hope, with Moehringer and Barbara A. Hall serving as executive producers.

The drama film is slated to hit theaters in Los Angeles and New York in a limited release on December 17, and then open nationwide on December 22.

It will also be available globally for streaming on Amazon Prime Video beginning on January 7. 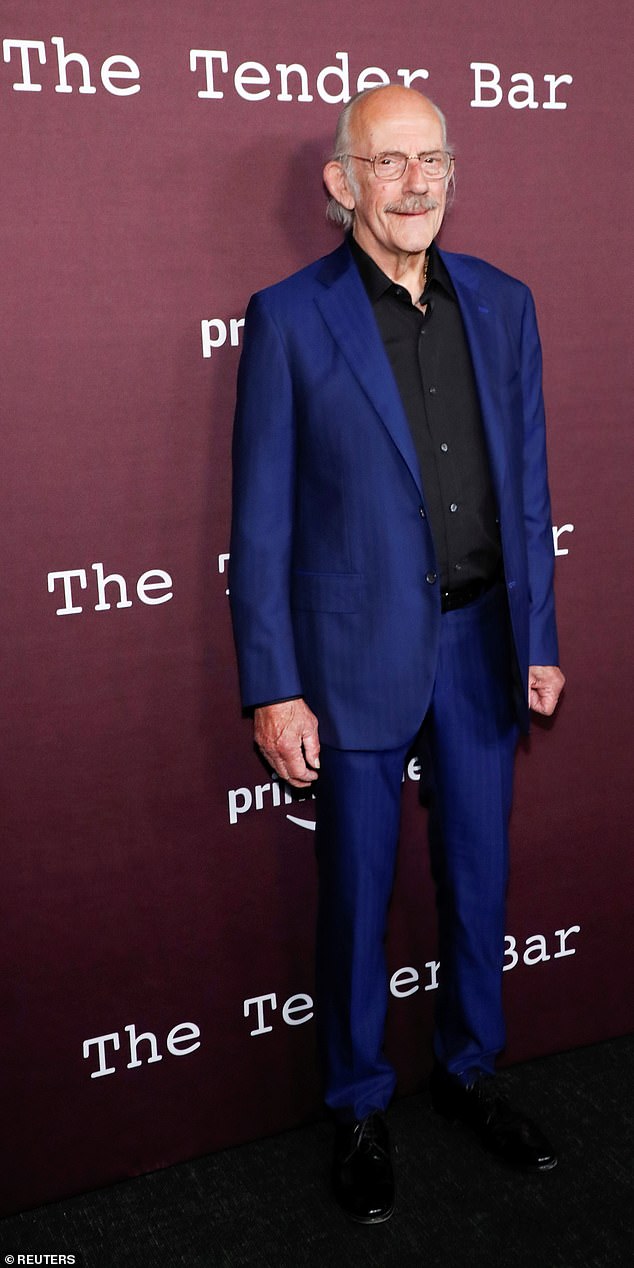 Iconic characters: Lloyd is best known to many fans for his role on the hit sitcom Taxi and in the Back To The Future films in the 1980s