Christopher Plummer, the dashing award-winning actor who played Captain von Trapp in The Sound of Music, has died aged 91.

The Canadian actor died early Friday morning at his home in Connecticut with his wife of 53 years, Elaine Taylor, by his side.

Plummer, an accomplished Shakespearean actor honored for his varied stage, television and film work in a career that spanned more than six decades, became the oldest Academy Award acting winner in history at the age of 82 in 2012.

‘Chris was an extraordinary man who deeply loved and respected his profession with great old fashion manners, self deprecating humor and the music of words,’ his longtime friend and manager Lou Pitt said in a statement confirming his death.

‘He was a National Treasure who deeply relished his Canadian roots. Through his art and humanity, he touched all of our hearts and his legendary life will endure for all generations to come. He will forever be with us.’

Plummer appeared in more than 100 films and also was nominated for an Oscar for his portrayal of Russian author Leo Tolstoy in 2009’s ‘The Last Station.’

He won two Tony Awards for his Broadway work, two Emmy Awards for TV work and performed for some of the world’s top theater companies.

But for many fans his career was defined by his performance alongside Julie Andrews as a stern widower in ‘The Sound Of Music’. 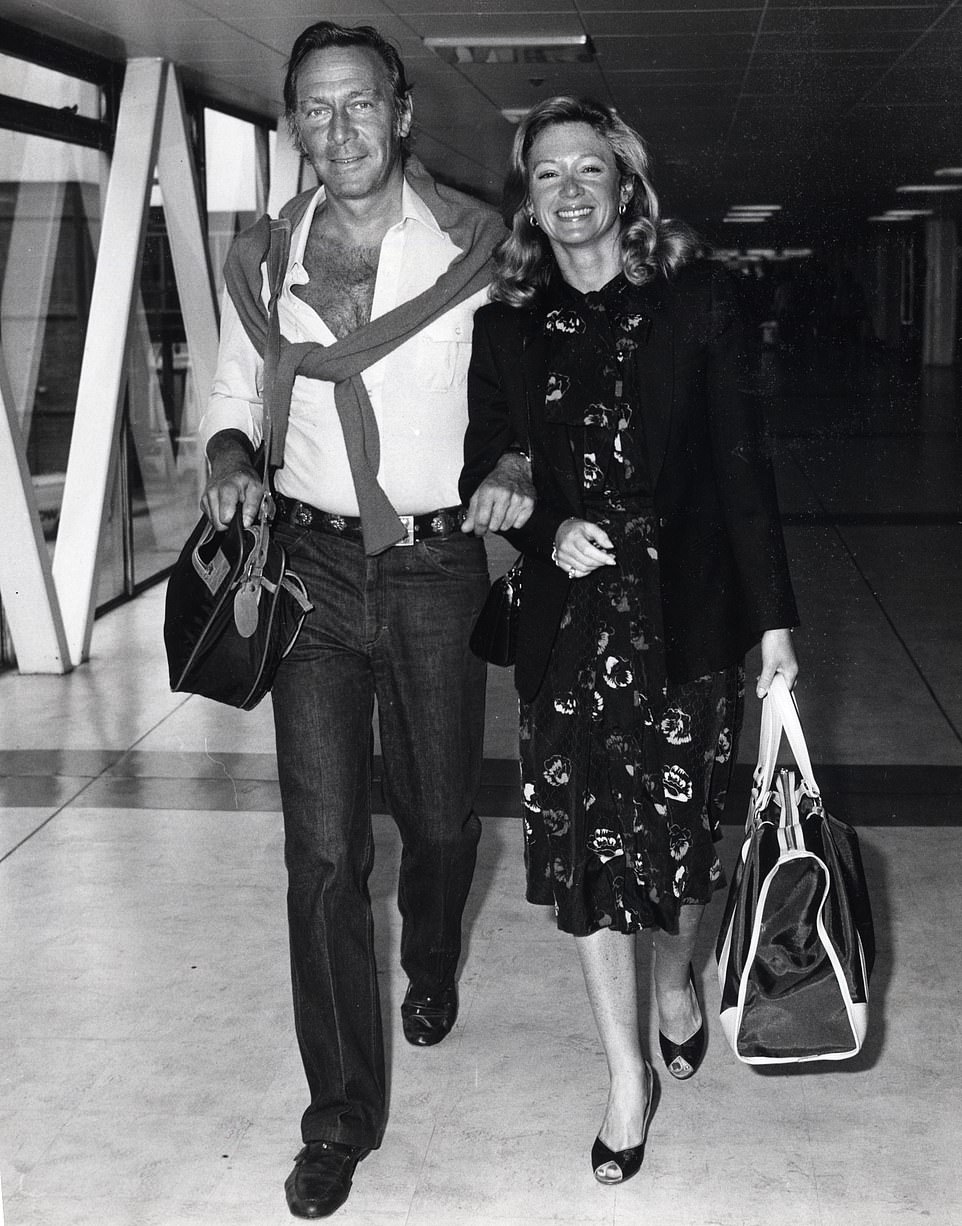 The Canadian actor died early Friday morning at his home in Connecticut with his wife of 53 years, Elaine Taylor, by his side. The couple are pictured above together

Andrews, played the part of a nun named Maria, who falls hopelessly in love with Captain von Trapp. Both actors were in dissolving marriages during at the time of production and Plummer found happiness by going out every night in Austria, playing piano at local bars and drinking in hotels.

Despite a mutual attraction for one another, their on-screen romance never translated to real life. ‘We should have ended up together,’ he told ABC News in 2015.

‘We should have had a huge smashing affair. But there was no time because she had her children with her, which was most inconvenient.’

He lamented the role of von Trapp as ‘a cardboard figure, humorless and one-dimensional.’ In his 2008 autobiography ‘In Spite Of Myself,’ Plummer refers to the movie with the mischievous acronym ‘S&M.’

It took him four decades to change his view of the film and embrace it as a ‘terrific movie’ that made him proud.

Director Robert Wise’s wholesome, sentimental film follows the singing von Trapp family and their 1938 escape from the Nazis. Plummer’s character falls in love with Andrews, the nun hired to care for his seven children. The movie won the Academy Award as best picture of 1965.

‘Originally I had accepted Robert Wise’s offer simply because I wanted to find out what it was like to be in a musical comedy,’ Plummer wrote in his book. ‘I had a secret plan to one day turn ‘Cyrano de Bergerac’ into a Broadway musical. ‘S&M’ would therefore be a perfect workout in preparation for such an event.’

He said he had never sung before in my life – ‘not even in the shower’ – before taking a role that included crooning the song ‘Edelweiss.’ He blamed his own ‘vulgar streak’ for the desire to star in a big, splashy Hollywood extravaganza.

‘And yes, all right, I’ll admit it, I was also a pampered, arrogant, young bastard, spoiled by too many great theater roles,’ he wrote. ‘Ludicrous though it may seem, I still harbored the old-fashioned stage actor’s snobbism toward moviemaking.’ 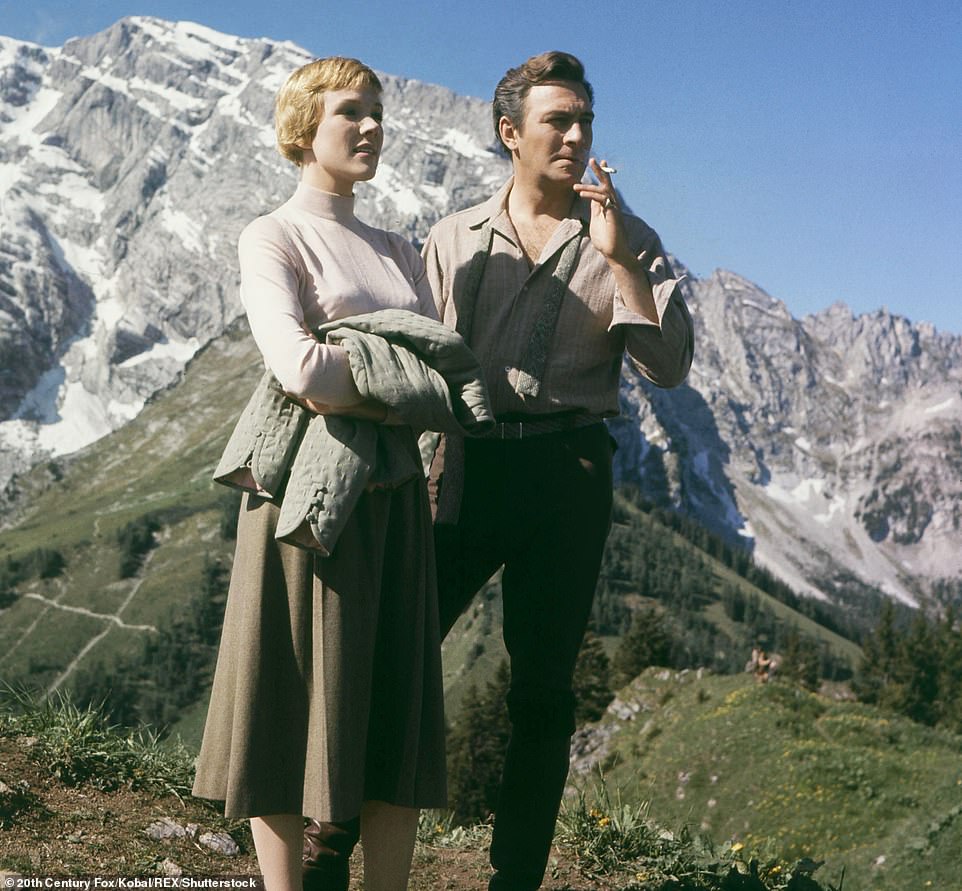 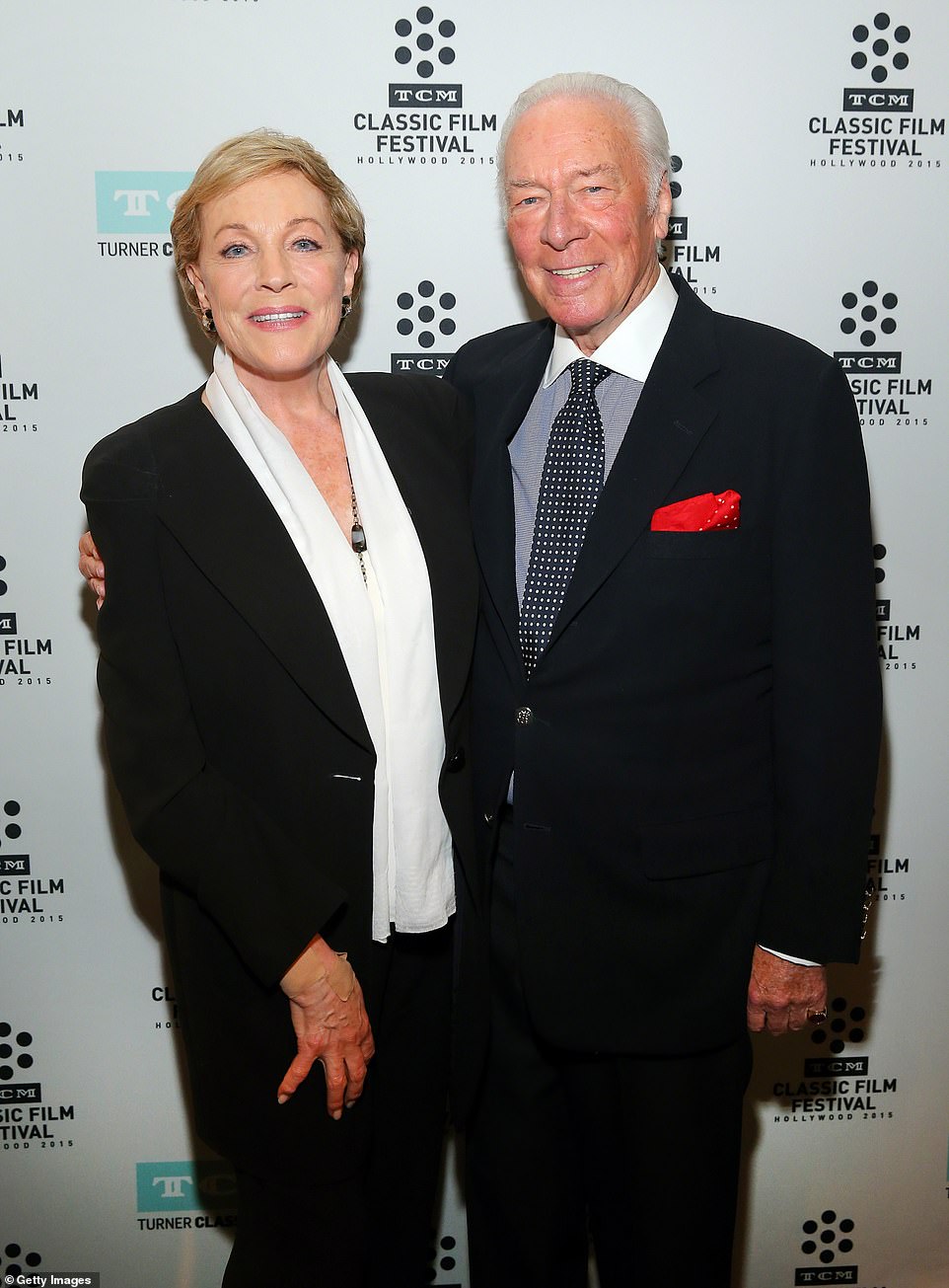 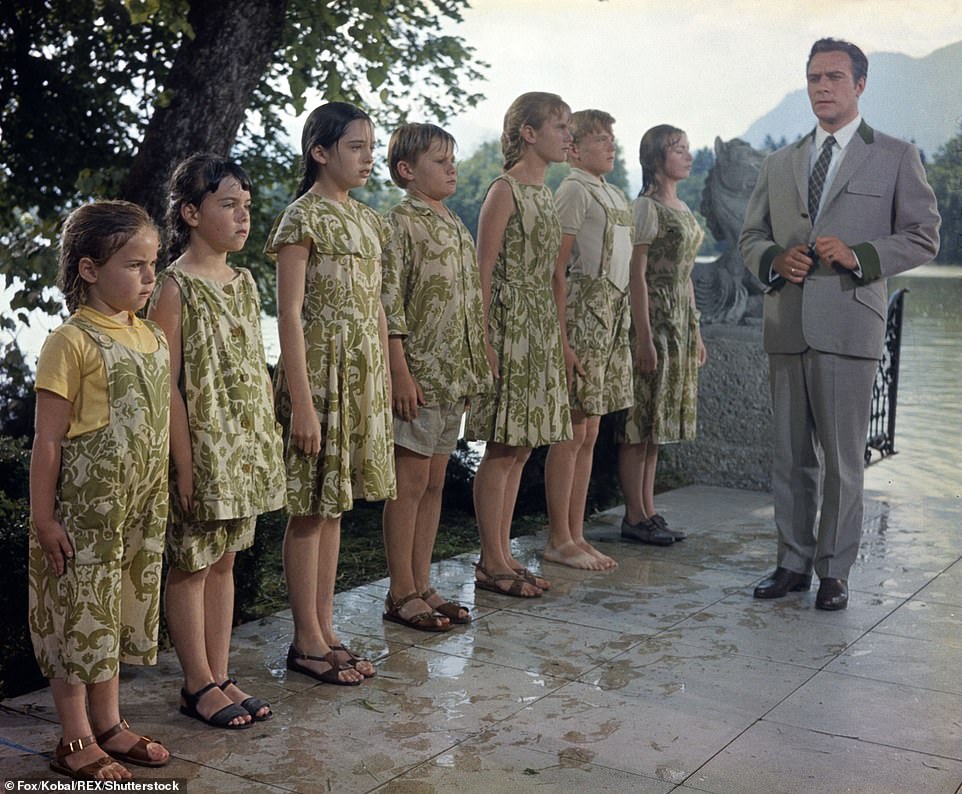 For many fans his career was defined by his performance as an stern widower in ‘The Sound Of Music’ – a role he called ‘a cardboard figure, humorless and one-dimensional.’

The role catapulted Plummer to stardom, but he never took to leading men parts, despite his silver hair, good looks and ever-so-slight English accent. He preferred character parts, considering them more meaty.

Plummer flourished in a succession of meaty roles after age 70 – a time in life when most actors merely fade away. He claimed a long-awaited Academy Award at age 82 for his supporting performance in ‘Beginners’ as an elderly man who comes out of the closet as gay after his wife’s death.

‘Where have you been all my life?’

Plummer became the oldest actor to win a competitive Academy Award – supplanting Jessica Tandy and George Burns, who both were 80 when they won theirs.

That was followed by triumphs in director Ron Howard’s Academy Award best picture winner ‘A Beautiful Mind’ (2001), director Spike Lee’s ‘Inside Man’ (2006), ‘Up’ and ‘The Imaginarium of Doctor Parnassus’ (both 2009) and ‘Barrymore’ and ‘The Girl with the Dragon Tattoo’ (both 2011).

‘Too many people in the world are unhappy with their lot. And then they retire and they become vegetables. I think retirement in any profession is death, so I’m determined to keep crackin’,’ he told the Associated Press in 2011.

Plummer’s early films included 1965’s ‘Inside Daisy Clover’ with Natalie Wood and Robert Redford, released the same year as ‘The Sound Of Music,’ ‘The Fall of the Roman Empire’ (1964) with Sophia Loren and Alec Guinness, and ‘Triple Cross’ (1966).

Among his more colorful roles were as an eye-patch-wearing Klingon in ‘Star Trek VI: The Undiscovered Country’ (1991) and as an urbane jewel thief in ‘The Return of the Pink Panther’ (1975). He said he kicked himself for turning down the Gandalf role in the popular ‘The Lord of the Rings’ trilogy. 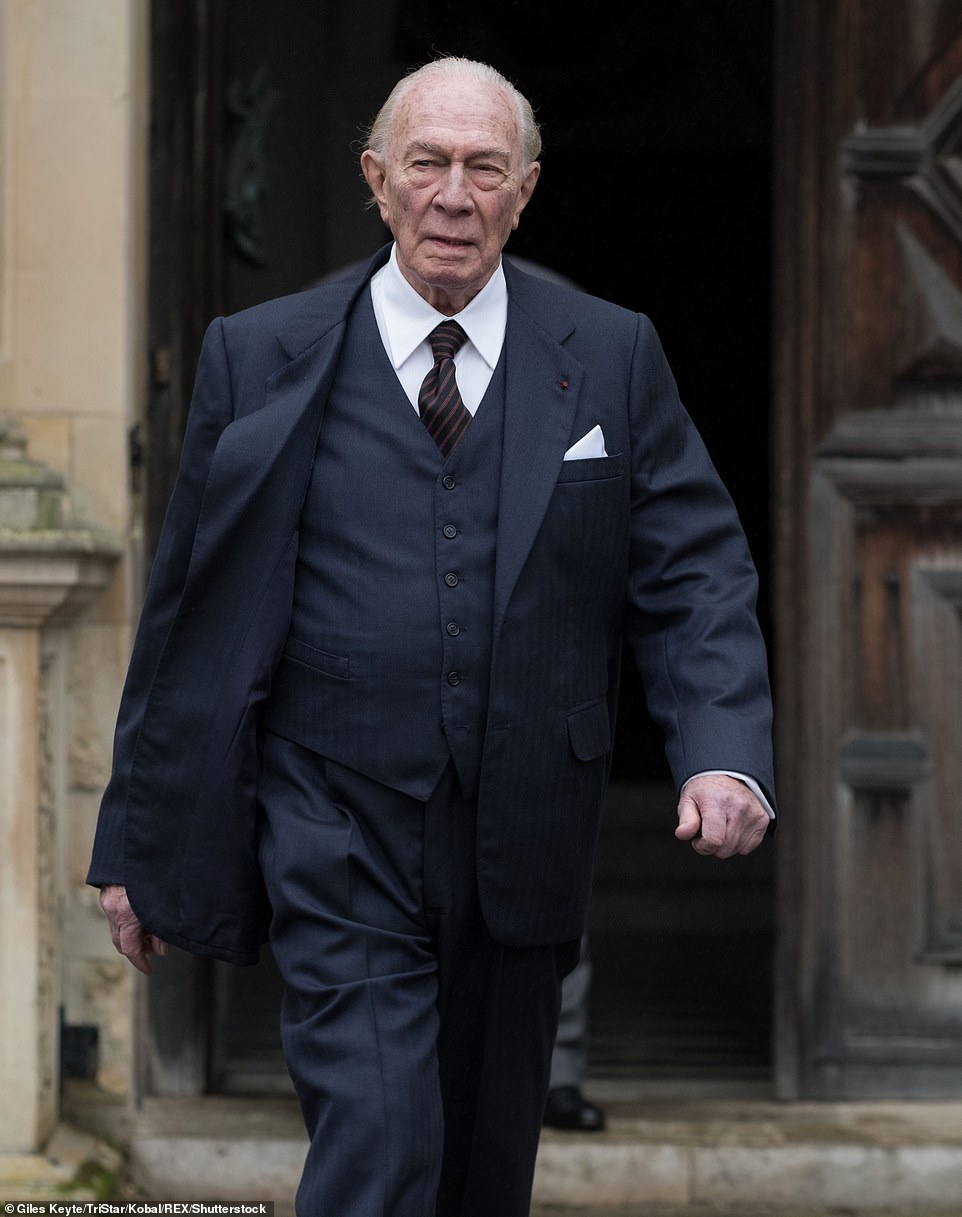 Plummer in 2017 replaced Kevin Spacey as J. Paul Getty in ‘All the Money in the World’ just six weeks before the film was set to hit theaters. That choice that was officially validated in the best possible way for the film – a supporting Oscar nomination for Plummer, his third 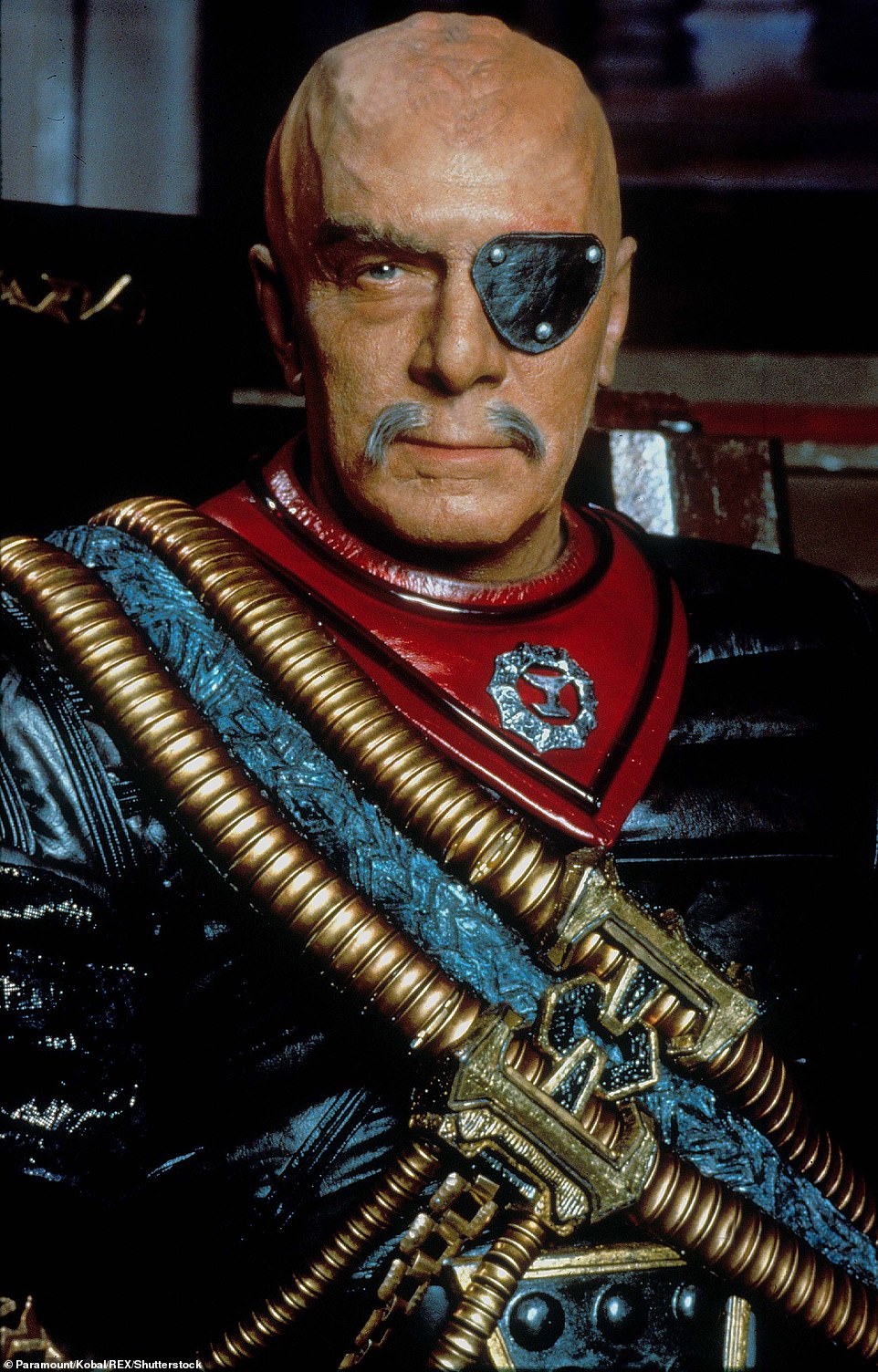 Among his more colorful roles were as an eye-patch-wearing Klingon in the 1991 film ‘Star Trek VI: The Undiscovered Country’ 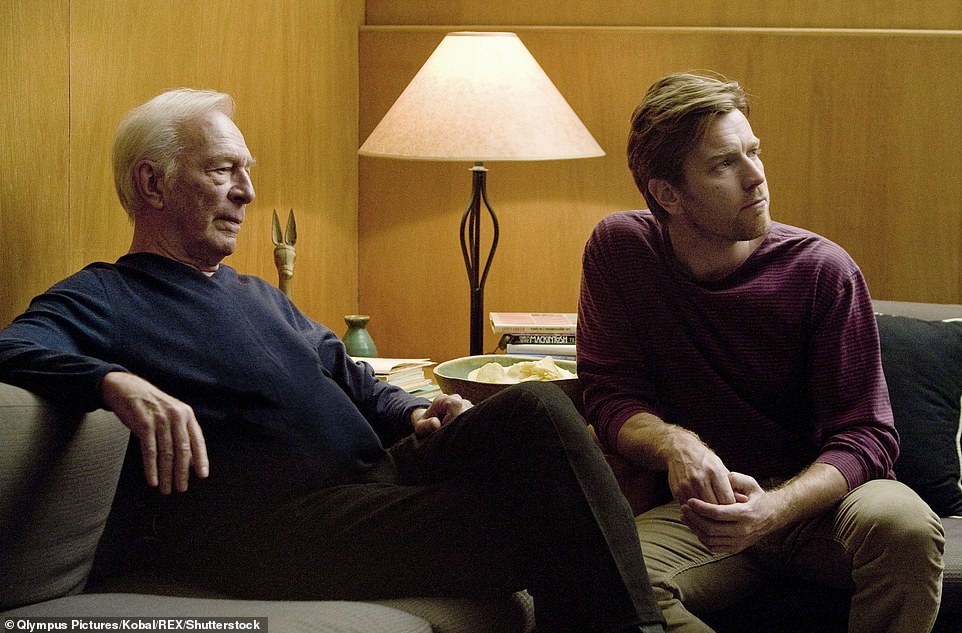 Plummer in 2017 replaced Kevin Spacey as J. Paul Getty in ‘All the Money in the World’ just six weeks before the film was set to hit theaters. That choice that was officially validated in the best possible way for the film – a supporting Oscar nomination for Plummer, his third. In 2019, he starred in the TV suspense drama series ‘Departure.’

One of his last major role was as another patriarch, in the dark-comedy ‘Knives Out’ in 2019.

His TV roles included the 1983 mini-series ‘The Thorn Birds.’

‘For a long time, I accepted parts that took me to attractive places in the world. Rather than shooting in the Bronx, I would rather go to the south of France, crazed creature than I am,’ he told AP in 2007.

‘And so I sacrificed a lot of my career for nicer hotels and more attractive beaches.’

He performed most of the major Shakespeare roles, including Hamlet, Cyrano, Iago, Othello, Prospero, Henry V and a staggering ‘King Lear’ at Lincoln Center in 2004. He was frequent star at the Stratford Shakespeare Festival in Canada.

‘I’ve become simpler and simpler with playing Shakespeare,’ he said in 2007. ‘I’m not as extravagant as I used to be. I don’t listen to my voice so much anymore. All the pitfalls of playing the classics – you can fall in love with yourself.’

As a dazzling Shakespearian actor, Plummer long showed his disregard and snobbery toward the Hollywood film set. He dismissively dubbed his biggest hit, ”The Sound Of Mucus’ and ‘S&M.’

‘I was sadly deluded. Oh, I was proud that in the theater I had at least learned the power to command, but once off-stage my real existence had little in it to write home about – I was in serious trouble. Barry the Bartender was kept busy watering my drinks.’ 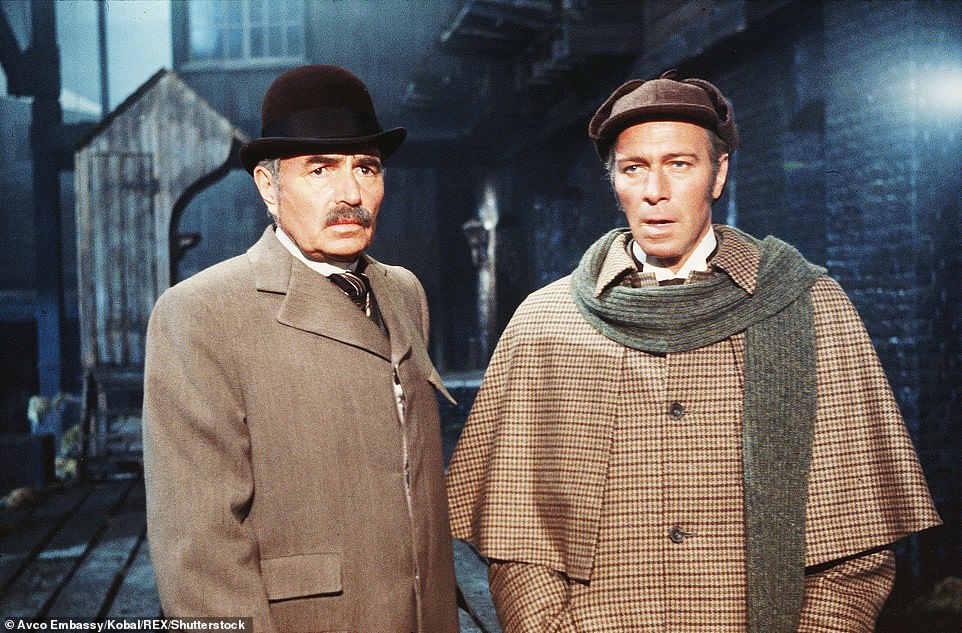 Plummer, as Sherlock Holmes, is pictured alongside James Mason in the 1979 film Murder by Decree 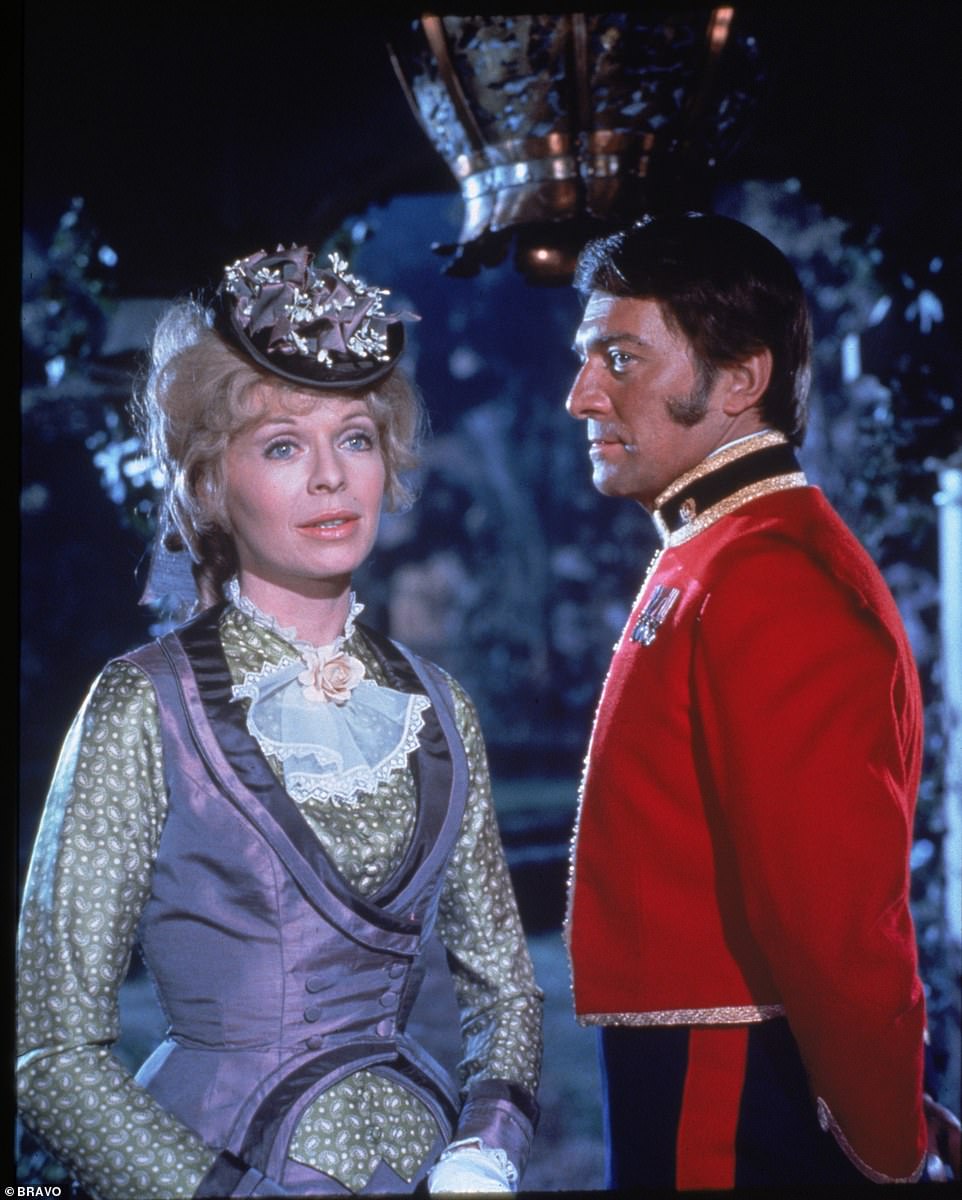 Plummer starred in the 1975 drama Conduct Unbecoming alongside Susannah York

Plummer was born in Toronto on December 13, 1929, into a privileged railroad family. He was the great-grandson of Sir John Abbott, the third prime minister of Canada. His parents divorced shortly after his birth.

Plummer had a turbulent reputation for being arrogant, with a foul temper and prone to tantrums. As the pampered only-child of the distinguished Canadian political family, Plummer had a privileged childhood.

Raised mostly by nannys, he fondly recalled his favorite governess, ‘My French nanny kissed me at a very tender age,’ he told The Guardian. ‘It was long and tempting – my first real turn-on.

In his memoirs, Plummer reveled in his arrogance, admitted that he was often ‘a pampered, arrogant, young b******’. He added, ‘My family’s correctness and high standards had made me want to be the bad boy always, convinced it made me more interesting and would bring me more attention.’

He confessed to a boozy lifestyle with plenty of affairs through the 1960s. He said his third wife, British actress Elaine Taylor, forced him after their 1970 marriage to stop the carousing that consumed some of his peers and friends, such as Richard Burton and Peter O’Toole.

‘Yeah, I stopped,’ he told Britain’s Telegraph newspaper in 2010. ‘Square son of a bitch that I was, coward that I was! No, Elaine did say, ‘If you don’t quit this stupid over-drinking I’m outta here.’ And thank God. She did in a sense save my life.’

Plummer has been married three times. His first was to the American actress, Tammy Grimes in 1956. They welcomed a daughter (Plummer’s only child), Amanda Plummer in 1957. But the marriage was short lived and was over by 1960.

In his autobiography, Plummer discussed how he was estranged from Amanda throughout her childhood because Grimes prohibited them from having contact. They established a relationship after Amanda became an adult, and she took after her father by pursuing of a career in acting.

The legendary playboy met his second wife, Patricia Lewis, in the early 1960s. The newspaper columnist had interviewed Plummer during his tenure at the Royal Shakespeare Company. The actor was recently divorced from Grime and the new couple began a passionate romance that was made for good copy on Fleet Street.

Together, they hit up the best restaurants and nightclubs, including London’s iconic ‘The Establishment’ with his famous friends Peter O’Toole, Albert Finney and Peter Finch. Tragedy struck, however, after a long night of partying when Lewis crashed her Triumph convertible into a pillar outside Buckingham Palace.

Lewis sustain multiple facial fractures, a massive blood clot to her brain and was left in a coma. Plummer, miraculously, escaped with very few injuries, although he reportedly drank himself to sleep for weeks after.

Plummer took the earliest opportunity to marry Lewis after her long and painful recovery on May 4, 1962. They lived in a charming Queen Anne house in Mayfair where Lewis adequately recovered.

Their marriage was good for a while, but eventually broke down. Plummer had a reputation for developing crushes on his co-stars, including Julie Andrews and Natalie Wood (to name a few).

For her part, Lewis began drinking heavily too, and the couple officially divorced in 1967.