Among the most stupid things I occasionally do is buy a Euro lottery ticket — a daft waste of £2.50, and not only because the jackpot odds are around one in 140 million.

It’s just far too much money to win. Last night’s prize was an expected £107 million.

That might be small beer to a Russian oligarch, but no normal person could cope with a lump sum like that.

Riches on that scale would cost so much: you’d lose your privacy and, no matter how well you know your friends, they’d never be able to see you in the same way.

Even if you were glad to quit your job and your house (many people would hate that), all life’s ordinary pleasures will be forfeited.

Where’s the fun in treating yourself to a fortnight in Tenerife, when you have the means to buy a Caribbean island next door to Richard Branson? 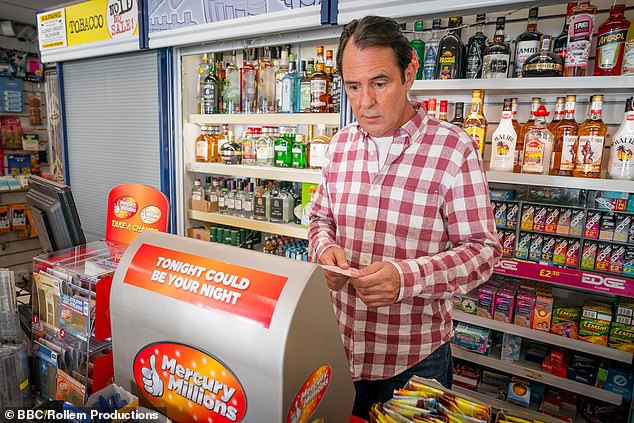 And if you decide to keep the fortune hidden, you face a life of secrets and lies. The lottery slogan calls it ‘dream come true money’ but £107 million is a nightmare in the making.

As The Syndicate (BBC1) returned, set again in Yorkshire, a new cast of characters had their own private nightmares. Roxy (Taj Atwal) is pregnant by her deadbeat boyfriend.

Gambling addict Keeley (Katherine Rose Morley) is hiding from a debt collector, Jake (Kieran Urquhart) is in a custody battle over his daughter, and Gemma (Liberty Hobbs) . . . well, there’s always one, in a drama by Kay Mellor.

Gemma’s dad is getting out of prison, and she’s planning to hire a hitman, to bump him off.

The five friends are about to lose their jobs at a kennels — and when they win £27 million on the lottery, the local newsagent Frank (Neil Morrissey) nicks their ticket and legs it to Monaco with the cash.

I told you a big win was more trouble than it’s worth.

As in every series of this show, which has been running since 2012, the characters are deftly drawn and the main strands of the story sketched in swiftly.

It isn’t always believable but that doesn’t matter — because a windfall on that scale never could be, even if it really happened. 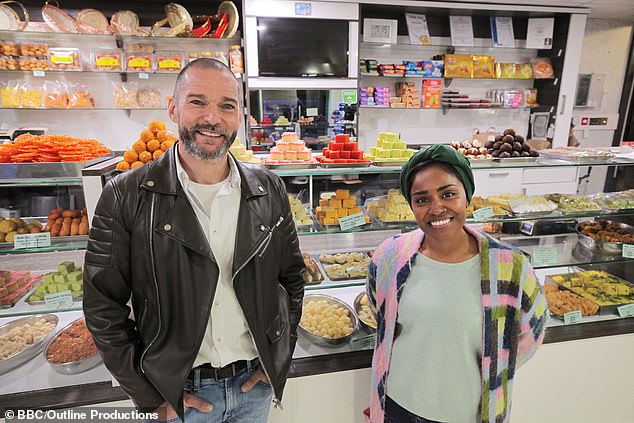 As the kennel club pals were heading for the South of France in pursuit of Frank and their millions, Nadiya Hussain and Fred Sirieix were heading in the opposite direction.

The first episode of Fred’s Remarkable Places To Eat (BBC2) took them to Harrogate and the Harehills area of Leeds.

Nadiya, whose in-laws are from Yorkshire, was in her element. Bustling and bouncing, she chivvied Fred to Bettys tea room for their speciality: Fat Rascals, an orangey cross between a rock cake and a scone that is best eaten smothered in butter.

The duo tried their hand at making them, on a dough-rolling machine called The Rascalator, before visiting Nadiya’s favourite Indian cafe for a heaped plate of samosas. Nadiya claims her blowout record is 58 samosas in a day.

Anyone else would look like a space hopper, but her energy levels are so extraordinary that she probably needs those calories.

Fred was flagging, even before she dragged him off for fruitcake laden with Wensleydale cheese. Then they stopped at a seafood restaurant overlooking the coast at Saltburn for fresh crab.

Spotting a pair of young lovers on a bench, Nadiya began banging on the picture windows, urging them to kiss for the cameras.

She was soon tucking in again. Good job — she needs to keep her strength up.