What is Santa bringing for your Christmas telly stocking this year? A stack of great books, that’s what.

There’s an Agatha Christie, of course, and one of her best — The ABC Murders, first published in 1936 at the height of detective fiction’s golden age. The novel was last filmed in 1992 as a two-hour special, with the inimitable David Suchet. This time, John Malkovich wisely makes his own Poirot look very different.

Les Miserables is regarded by many as the greatest novel in the French language. Its author Victor Hugo certainly thought so — he told his publisher: ‘Les Miserables is meant for everyone. Wherever men go in ignorance or despair, wherever women sell themselves for bread, wherever children lack a warm hearth, Les Miserables knocks at the door and says, “Open up, I am here for you.” ’

Sue Townsend was one of our most under-rated comic writers, and she let her acerbic sense of humour loose in her novel The Queen And I, poking fun at the royals. The Sky One adaptation co-stars David Walliams, who also stars in The Midnight Gang (and wrote the original novel).

One of the unlikeliest bestsellers ever, Watership Down, has been remade as a big-budget animation, with a superb cast of voices to play the rabbits. But a word of warning to parents with small children who adored fluffy, mischievous Peter Rabbit in the cinema this year: Beatrix Potter would not have approved of Watership Down.

All in all, this Christmas promises to be a merry old blockbuster . . .

The Truth Of Murder, C5

Tune in . . . to give your little grey cells a Christmas workout.

What’s the story? Christie at Christmas is now as traditional as tinsel and turkey. Dame Agatha’s most beloved character, Belgian detective Hercule Poirot, returns with an all-star cast including Rupert Grint, Andrew Buchan and Tara Fitzgerald. But there’s a fiendish twist: he’s lost his famous moustachio. Instead, actor John Malkovich plays him with a grey goatee beard.

If you want to know more about the real Agatha Christie, The Truth Of Murder, starring Ruth Bradley, imagines what the novelist was doing during her notorious 11-day disappearance in 1926.

Tune in… to discover the real story of Fantine and Valjean.

What’s the story? Everyone knows the breathtaking songs from the musical, with its moving lyrics by my brilliant forerunner as Daily Mail television critic, Herbert Kretzmer. 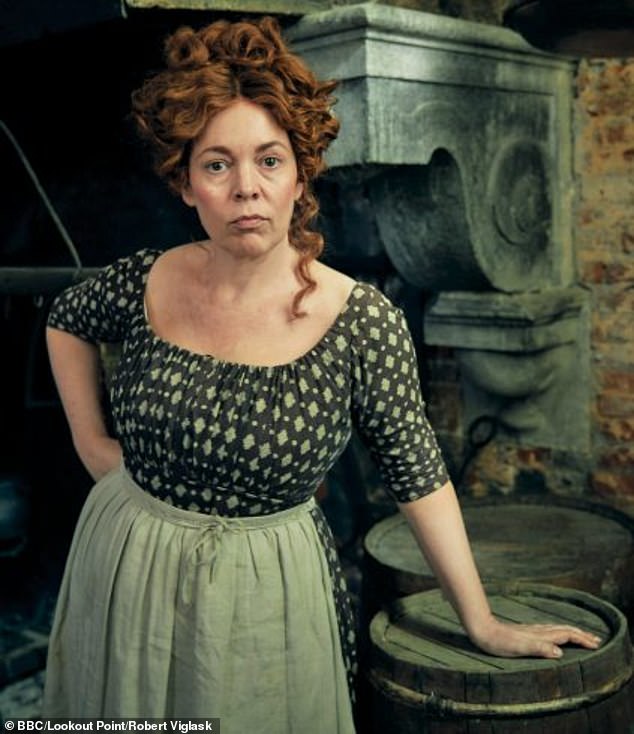 Olivia Colman as Madame Thenardier in Les Miserables on BBC1

But the full and complex story of Victor Hugo’s 1862 novel spans more than 1,200 pages. Luckily, we have veteran TV writer Andrew Davies, whose adaptations of classics have defined TV costume drama. His six-part retelling of Les Mis stars Dominic West as the hero Jean Valjean and Lily Collins as desperate mother Fantine.

Tune in… to see rabbits taking on the world.

What’s the story? Author Richard Adams admitted he may have made Watership Down, his 1972 novel about a band of rabbit refugees, a tad too dark. Certainly, the cartoon film six years later, which included the voices of John Hurt, Richard Briers and Zero Mostel, has terrified generations of children. The BBC remake is not expected to be quite as gory, but it is just as starry — with Ben Kingsley, Gemma Arterton, Olivia Colman, Freddie Fox and Rosamund Pike voicing the animals. 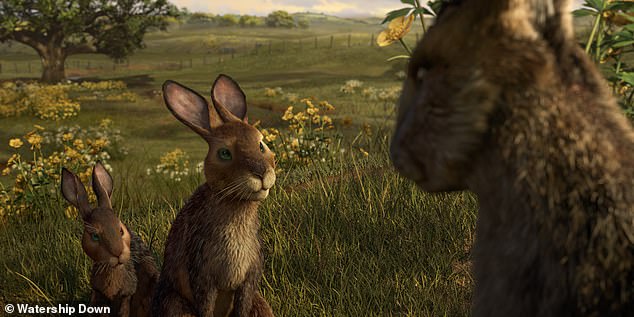 Tune in… for a reminder that unto us, a child is born.

What’s the story? What could make Christmas with the nuns and midwives in Poplar even better? In the latest instalment based on the memoirs of Jennifer Worth, the answer is a visit from the rambunctious Miriam Margolyes, as Sister Mildred — a no-nonsense nun who turns up with four Chinese orphans on her way to the municipal children’s home. We can only pray Miriam behaves herself. Her favourite words are definitely not to be found in a prayer book.

Tune in… for a glorious mix of storytelling and slapstick.

What’s the story? David Walliams’s stories treat young readers as heroes, and paint adults as smelly old villains. Oliver Zetterstrom plays Tom, who gets clonked on the head with a cricket ball and wakes up in hospital . . . where the matron hates children, the doctor is a feeble twit and the janitor is plain scary. Alan Davies, Mark Heap and Walliams himself star. 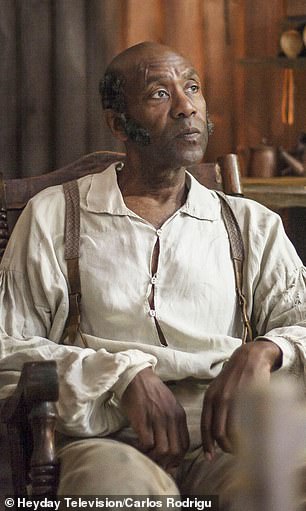 The Queen And I, Sky One

Tune in… to see HM battling with a tin-opener and a can of beans.

What’s the story? David Walliams also stars in this comic tale based on a novel by Sue Townsend, creator of the teenage diarist Adrian Mole. It imagines the Royal Family being deposed and bundled off to live in a council flat by a radical Marxist government. Samantha Bond plays the Queen, with a supporting cast including Amanda Abbington and Johnny Vegas.

What’s the story? Lenny Henry stars in a three-part adaptation of Andrea Levy’s 19th century novel, set on a Jamaican slave plantation and shortlisted for the Booker prize in 2010. Adapted by Sarah Williams, it’s the story of the spirited Miss July (Tamara Lawrence) who becomes swept away with revolutionary ideas . . . and love.